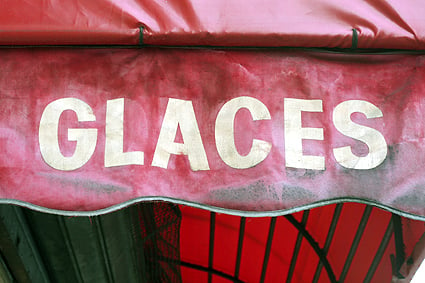 Ricotta and Honey Ice Cream from Melissa sounds like a perfect match for the summer fruits just around the corner.

The Kitchn takes a whirl with my Guinness Milk Chocolate Ice Cream.

Blueberry Basil Anise and Cinnamon Sorbet sounds like more than one mouthful.

Jessica find it takes two to tango in a Mango Tangelo Sorbet.

Keiko and her White Sesame Ice Cream with Molasses Swirl will have you swirling with pleasure.

Gracias to Nicky and Oliver for Helado de Cajeta.

Rhubarb and Raspberry Ice Pops are popping up at Béa’s.