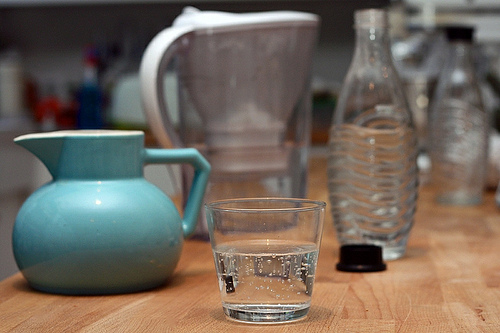 Water is a right in France. Water flows freely from the Seine from our taps into our homes and apartments. Wallace Fountains scattered throughout the city provide a flow of complimentary drinking water to all who want it on the streets. And there is a law in France that notes that a café has to give anyone a free carafe of water, or free glass of water (at the bar) to anyone who asks, unless there is a sign posted somewhere that says that they don’t do that.

Even though Paris is a modern city, a fair number of visitors ask me if the water in Paris is safe to drink. I’m always a little perplexed by that question because it’s not like France is a remote island where people don’t have plumbing. (Although I’ve been in restrooms in Paris where the plumbing could use a little work to bring it into this century.) But on the other hand, with waiters pushing bottled water, which of course, costs a bit more than tap water, I guess it’s easy to see where people get that impression. 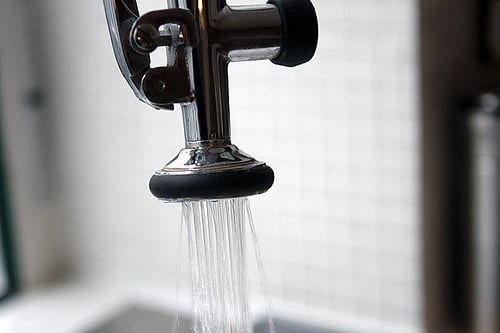 A few places in Paris have switched to purified tap water, still or sparkling, but those places are still in the minority. I know a few restaurants back in California which have gone to purified water on tap. But when I asked a friend who owns a restaurant back there if he was going to do that, he said, “Are you kidding? We make $60,000 a year on bottled water sales.” I could see his five-figure point, although I’ve stopped buying bottled water for the most part, even though bottles of water are fairly cheap in France at the supermarket. (They range from about 25 cents, for the store-brands, and up to eighty cents for pricier bottles like Perrier, Badoit, or the popular San Pé, or San Pellegrino.) 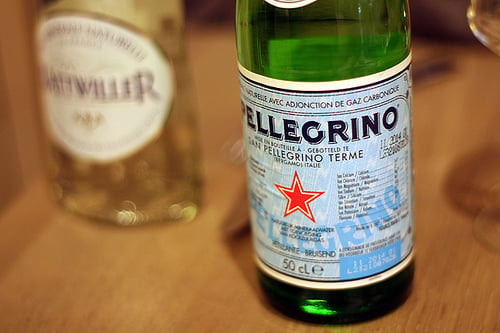 People have different relationships to water, often depending on what country they are from. Folks in the Middle East treat water differently than others because it’s a precious commodity. I’ve read stories of people in Mexico bathing their kids in bottled water, which – as someone who got wildly sick once in Mexico – can see their point. And in France, we use water for many things, but it causes problems because of the calcaire, which spots our glassware and causes dishwashers, hot water heaters, and laundry machines to seize up and refuse to budge. (Yes, I speak from experience.) 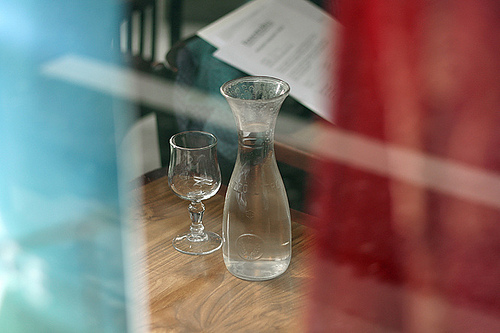 Strauss, which makes in-home water purifiers that get plumbed into home water lines told me their treatment units were a big hit in Israel, and Richard Branson partnered with them for the curiously named Virgin water, aimed at the British market. (And yes, I know there is a joke in there, but I’m going to leave that one alone.) When I saw one, I kind thought it’d be great to have, but they’re not available in France and they weren’t going to try to enter the American market either because the owner told me that Americans don’t like their plumbing fiddled with. Go figure.

There were/are some attempts to wean people in France off of bottled water. The Eau de Paris carafes didn’t quite take off – it’s been a number of years, and I’ve yet to see on in a café – I’ve only seen them in gift shops, for tourists. And there is one open-air sparkling water station. But it’s located in the 12th arrondissement, which is kind of a long way to go to get a drink of water. 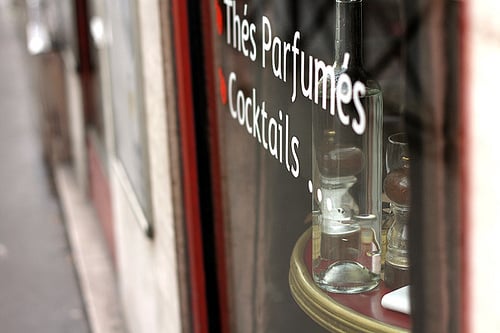 Even though the water in France is as safe as any other modern country, I, like others, filter my water. I have a Brita pitcher, which I’m sure has some ecological consequences. But I don’t drive, so I can toss recycle a plastic filter every 6 months or so. I can get a little obsessive-compulsive refilling the pitcher, but I’ve learned to deal with that through a comprehensive prescription drug regimen and my support group, which has been tremendously helpful.

However recently a wrench was thrown into my system: a sparkling water-maker. I have friends who own one, but in spite of their constant raves, it was one (of the few) kitchen gadgets that I didn’t cave in to. Then, the penguin came into my life, and from that first bubbly carafe of chilled water, I was hooked. I’m a little suspicious that there is something in that gas canister that makes one addicted to that water, but I am going through water like there was no tomorrow. (Which also has made me house-bound because filled with so much water, if I leave, it’s not an easy feat in Paris to find a place to get rid of it.) 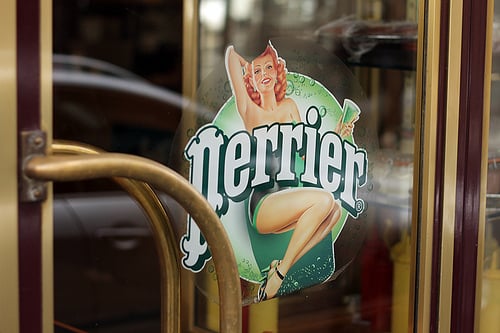 When people ask me what I do all day, I think about my own version of the 7-step program to get a simple glass of water. I used to tell them I went for long, leisurely walks around the canals and streets, that I went to bakeries and chocolate shops searching for the best cakes and bonbons in Paris, or that I had dinner with friends in restaurants and cafés. But now I spend my days filling water pitchers, pouring water into carafes, filling up my espresso machine, pumping gas into sparkling water bottles, searching for filters, tracking down CO2 cartridges, and pouring the filtered still water into a decorative blue vintage pitcher because I don’t like looking at the ugly plastic one and it’s not very nice for guests either. And finally, well, I won’t share with you what the last step in the flow of water is around here. But it involves the use of even more water, in a room that’s not the kitchen.

Explaining my water woes has kind of made me thirsty. So I’m off to have a drink of water. I’m first going to make sure the water is filtered. So I once I install a new filter and pass water through the filter three times to make sure it’s properly filtered according to the manufacturer’s instructions, I’ll pour it into my sparkling water machine, then run the gas through it because my week-long search for a place that has replacement cartridges has been found, which fortunately it’s only a 45 minute round-trip walk for me. Then I will reward myself with a glass of water, and a nap – because I’m exhausted.

Should water be free?