How much is “a handful”?

I recently read The Pedant in the Kitchen, which Michael Ruhlman also wrote up, and while I found it an enjoyable rant, one vexing thought that stuck in the author’s craw was recipe instructions that call for “a handful” of something. He didn’t know what that meant and wondered why recipes couldn’t be more precise. 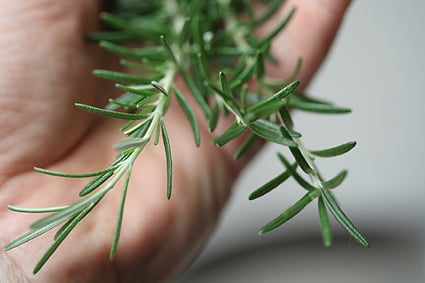 Writing a recipe that’s acceptable to absolutely everyone can be daunting, if not impossible. The purpose of any recipe is the guide the cook through the process; too much explanation and overtly-long recipes turn readers off, while short recipes often get accused of not giving enough information. How much is enough, and how little is not enough? I once saw a three-page recipe for chocolate brownies from a famed pastry chef.

The recipe wasn’t anything unusual and didn’t have anything tricky, and was accompanied by an in-depth explanation of each process: the stirring, the melting, the scraping of the bowl, etc. There was a discussion recently about recipe “deal-breakers”, and to me, excessive-length is my waterloo. That recipe would’ve scared me off.
Which it did. 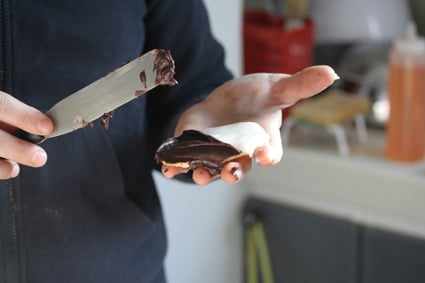 Recipes have to assume a modicum of knowledge, otherwise they’d be dreadfully long-winded. I try to pare things down by using more specific, descriptive words. I’ve stopped using the word “cream” when blending butter and sugar, and now use “beat”, since some folks ask where, or what quantity, of cream is called for.

(A favorite is Marion Cunningham’s story about a reader complaining they couldn’t find the “powdered sherry” used in her recipe—which called for “dry sherry”.)

Obviously, baking requires a bit more precision and instruction than, say, making soup. You can’t just say, “add a handful of flour” to make a cake. Although watch your grandparents bake, and that’s how they do it without any worries.

The trick is to balance it so you don’t scare people away. I have a couple of baking books where the author is so frighteningly precise, I’m afraid to make anything, fearing if I don’t measure my ingredients with a professionally-calibrated scale or a certain brand of measuring cups, I’ll have a full-scale disaster on my hands.

And some recipes, like pâte à choux are often based on a recipe, but so many variants can come into play (like bread recipes), that often the cook needs to do a bit of improvising. One day the flour may be damper or have more protein, the large eggs might not be as large as the others, and the butter may have more water or fat. Don’t forget that flour, butter, and other ingredients aren’t necessarily standardized and aren’t always exactly the same. Adding to the conundrum are “premium” and “European-style” products, which often vary radically from their everyday counterparts.

(For published recipes, I try to test recipes using store-brand products, which I figure the majority of people use. Afterward, I send my recipes to people who I would consider “normal” home cooks to test and see what their results are. I try not to tell them specific ingredients to use unless it’s critical to the result. The other “deal breaker” for me are recipes in books where a specific brand of ingredient is called for, one that I don’t have and can’t easily get. But do I post recipes on the blog using peach leaves and other esoteric things, since the blog is a diary of what I’m cooking and sometimes I’ll have ingredients on hand that possibly aren’t widely available.) 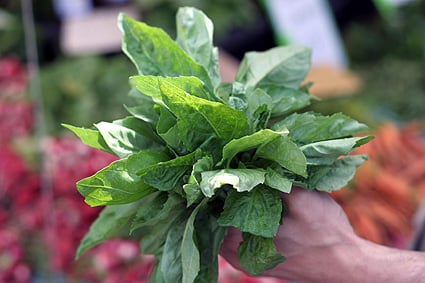 It means that the exact quantity isn’t important. 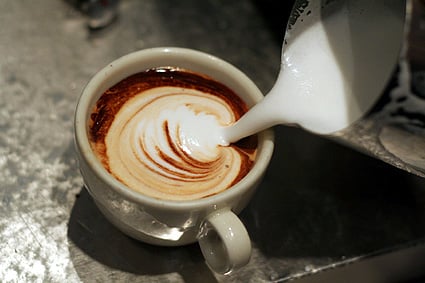 Like your morning toast, which you might “spread with a thin layer of jam”, do you need to “use an elongated butter knife, or spatula, grasping the handle, dipping the blade in the jam pot, and coating the bread with 1 3/4 tablespoons of the jam”? If I asked, “How much milk do you take in your coffee?” or “How much hot fudge should I ladle over my ice cream?”, no one would answer with a precise quantity. I know, and I hope that you know, you can eyeball it perfectly, using your instincts, without taking out the measuring spoons.

(And I speak from experience since anyone else would need to be a biochemist to get my all-important morning café au lait just the way I like it. But I can tell, precisely by looking at it, by instinct and by color.)

Like handfuls, you’ll also notice I never call for specific quantities of citrus zest in recipes. If you grate a lemon over a cutting board, then measure out the zest, you’ll lose a great deal of the flavorful, citrus oil, which will spray all over the counter. And I’d rather you got that in your ice cream base. So I’ll say, “zest of 1 lemon”, and if your lemon is slightly larger or smaller than mine, I’d rather you not risk losing all that tasty oil in the name of methodical precision.

Cooking should be about feeding yourself, and sharing with others, especially true when baking cakes, cookies, and churning up batches of ice cream. And while the details may often be of importance, don’t let them interfere with your instincts and enjoyment of the process.