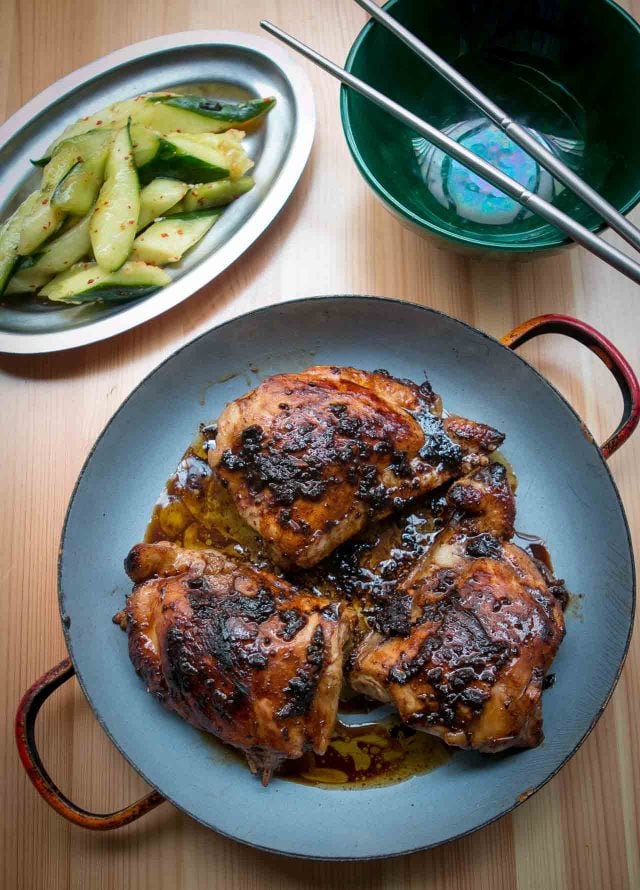 This award-winning recipe goes quite a ways back. It first landed on my radar via food-writer Arthur Schwartz, who led me to this recipe for this Asian-inspired chicken dish. It sounded so good and easy to make in a skillet, on the stovetop, and included everything I like – moist chicken thighs, a burst of chili powder, a bit of sweet-saltiness, and lots (and lots) of garlic. Count me in. 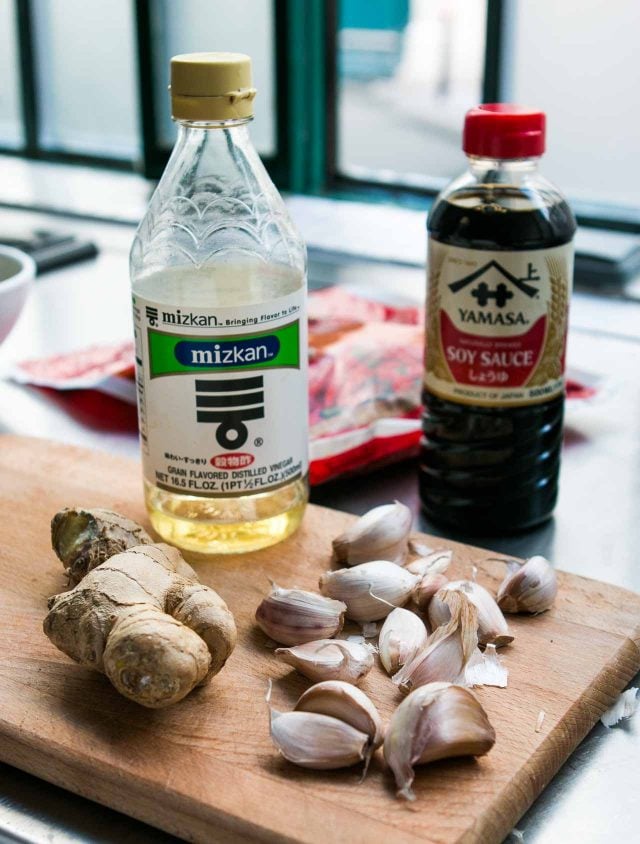 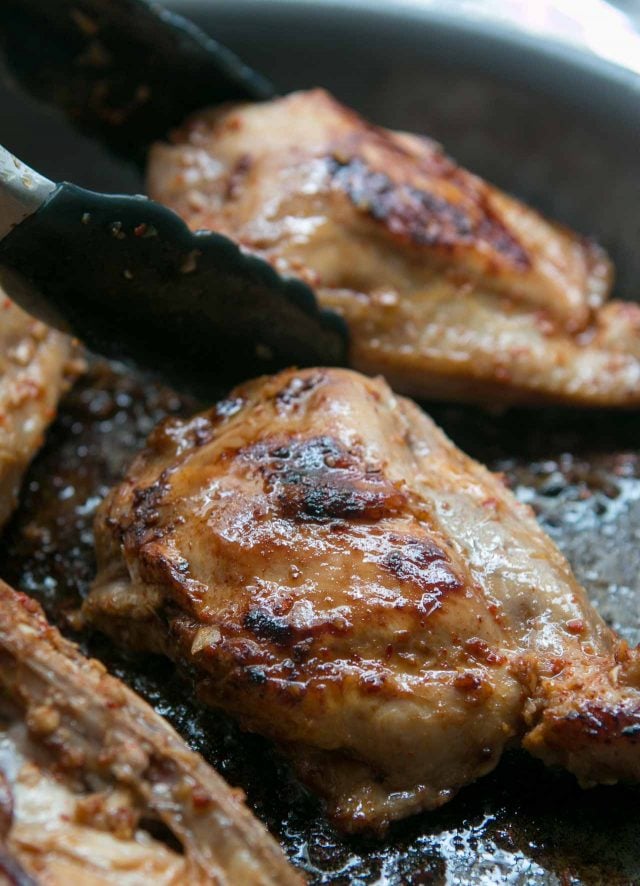 When I first posted the recipe, a reader jumped up and noted that her mother was the inventor of it as part of a cooking contest in 1988, and she took the top prize in the contest. It may seem more Japanese to some, but with the overload of garlic, I think calling it Korean (or Korean-inspired) wouldn’t be far off. You’ll note the recipe calls for a ton of garlic, a whopping ten cloves, which I chopped up in my mini-chopper. The original recipe called for dried ground ginger (1/4 teaspoon), because perhaps fresh ginger was harder to find in those days, or maybe because it was easier. 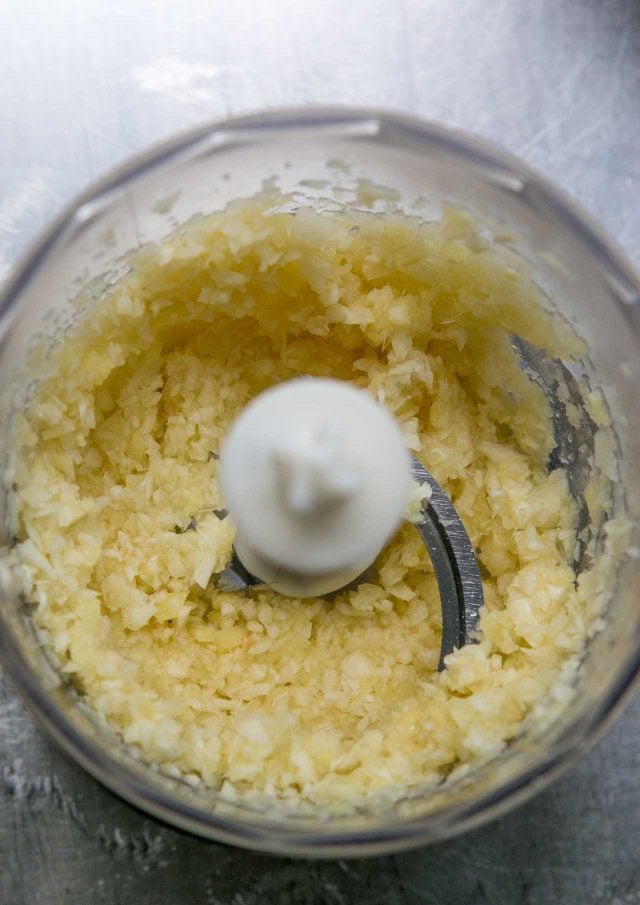 The recipe uses skinless thighs, which helps the marinade absorb into the meat. I know people have made it successfully with boneless, skinless thighs, so that’s another possibility. Just be sure to reduce the cooking time as the boneless thighs will cook faster.

The skinned chicken thighs do tend to stick to the pan, which gives them a nice burnished quality, but keep an eye on them. And when you add the marinade, be sure to scrape up any tasty browned bits stuck to the bottom of the pan. 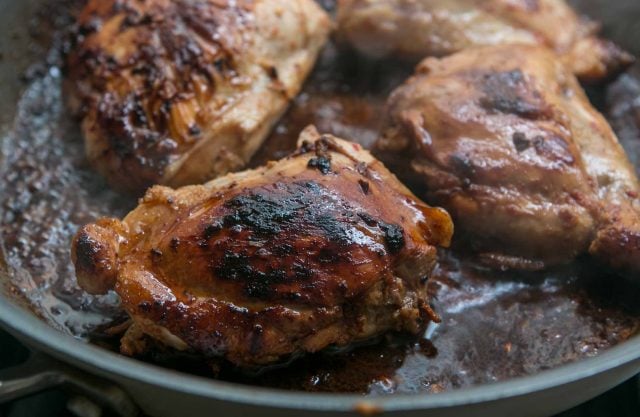 I updated this prize-winning recipe with more zip from fresh ginger, and used Korean red pepper (gochugaru). You can use red pepper flakes or another red chili powder. (If you use cayenne, you might want to dial it down since that can be quite hot.) The original recipe uses white vinegar but I swapped that out with rice vinegar. If you don’t have a skillet large enough to saute eight chicken thighs in on batch, or use a Dutch oven or large casserole.

Serve with rice, kimchi, cucumber salad, or any other accompaniments.