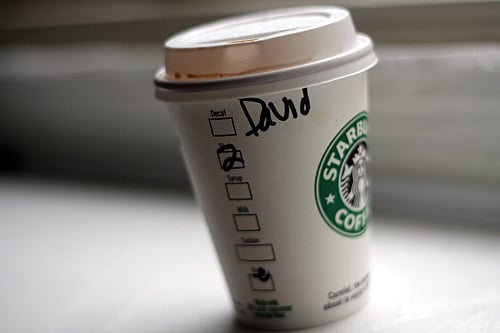 I remember in the 80s, back in the dark age of coffee, when traveling through the United States, it was impossible to get a decent cup almost anywhere you went. Or heaven’s forbid, something as wildly exotic as a cappuccino or espresso. I wasn’t a coffee snob, but simply discovered good coffee early on when I was in college back in those days, because the restaurant I worked in was one of those rare places that carried coffee from a local roaster. (The owner was of Scandinavian descent and insisted on good, strong, dark coffee. So I got used to drinking that.) I don’t remember if local roasters were all that common back in the 1980s, but I don’t think so. And back then, unless you made coffee at home, you were pretty much not going to find a decent cup of coffee in America unless you went to an Italian café. People pretty much settled for diner-style drip coffee or something brewed up in a broiling-hot urn.

Nowadays you can go virtually anywhere in America and get a freshly prepared cup of coffee or an espresso. You (and I) may not think the coffee is exceptional (people use the words “burnt” and “overroasted” to describe the coffee at Starbucks), but nevertheless, I don’t think many would have thought that the day would come when you could walk into any American airport – and even Charles de Gaulle, in Paris, where Starbucks is one of the few places serving reasonably fresh, hot and cold food, with comfortable chairs – and can get a yogurt, some fresh fruit, a fruit juice…and coffee ground and prepared right there. They’re not just pouring the caramelized dregs from the Bunn pot into Styrofoam cups. (It gives me the shivers to remember drinking from those cups.)

Starbucks introduced a vast majority of America to coffee and espresso drinks. Like it or not, I would venture to say that because of their nationwide reach, many high quality coffee shops were able to open – and thrive – because of the mermaid. The idea of coffee other than stuff that comes in a big blue can at the supermarket, got people got into the habit of thinking about the coffee they were drinking. Similar to how no one gave much thought to chocolate in America, until John Scharffenberger and Robert Steinberg started making bean-to-bar chocolate. Now there’s a few dozen producers of small-batch chocolates.

It’s easy to criticize Starbucks nowadays, and no, I’m not a regular customer. But because of them, I’m not sure if places like Intelligentsia, Blue Bottle, and Joe the Art of Coffee would be with us. For many years, America was considered a culinary wasteland. When I started working at Chez Panisse, customers asked if the goat cheese was tofu, people thought radicchio was red cabbage, and folks wondered how we got the oranges so red (they were blood oranges.) Nowadays they’re serving mesclun (baby lettuce) salads on airplane meals and Sunkist grows blood oranges.

Curiously when I went to Chipotle in Paris recently, I was surprised by some of the comments on my Instagram feed. Mostly the messages left regarding the quality of the food, to the very idea of their being an American chain in Paris. (Oddly, no one winced at the idea of a Korean fried chicken chain in New York City.) I don’t go to chain restaurants often, but Parisians sure do, and unlike the other popular fast-food chains in France, Chipotle is serving free-range meat, free of antibiotics and steroids, showing that even ‘fast-food’ restaurants can use quality products and be successful. Places like this reach a different, broader demographic than regional farmers markets, high-end restaurants, and food magazines, and I can’t find much fault with companies trying to raise the bar. 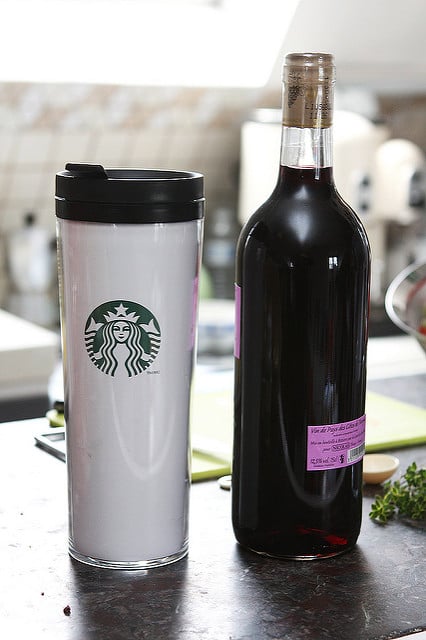 Starbucks has a lot going wrong for it. Aside from being sold in quantities roughly the same size as a bottle of wine, the quality of their coffee beans could be better, they’ve gobbled up a lot of spaces where local businesses once thrived (although I’m not sure if it’s their fault, or the progression of economic and social shifts in general), the employee benefits may be debatable, and at one of their branches in Paris, I had what may have been the worst espresso I’ve ever had in my life.

But it has it’s positives. For one thing, they re-introduced “café culture” to America, offering places to sit and visit with friends, or read or write. (Something the old-fashioned diners offered when they were a bigger presence in America.) They have free WiFi and bathrooms. And although I don’t frequent them in Paris, it’s a relief to see them. Especially for the last reason.

Where to Find Good Coffee in Paris