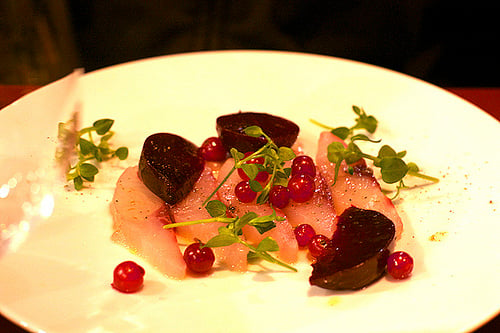 [Update: 6 Paul Bert was renovated in November of 2016 and reopened with a new team of chefs. Chef Louis-Philippe Riel, who was the chef when I ate here, has moved to the wine bar down the street, Cave du Paul Bert. I haven’t been back to 6 Paul Bert since he left but will report back when I do.]

It’s rare that I find a restaurant where I wouldn’t change a thing. I don’t consider myself picky or a tough customer (others might say otherwise); it’s just my idea of a perfect restaurant is a nice welcome, servers that are nearby when I need them – and I don’t need to be besties with them – and good, uncomplicated food made with well-sourced ingredients. I tend to think those things are fairly easy to accomplish, but I’m often dismayed when I order something and it arrives at the table underseasoned, or the presentation takes precedence over flavor.

While I appreciate chefs wanting to fuss over every teensy little thing on the plate, I kind of wish they would focus on the food and the flavor rather than making sure the singular poached scallion blossom is draped just-so over the artfully placed crescent of beet alongside the smear of white chocolate-cumin emulsion with a poof of salmon cheek foam balanced on top. Just put the food on a plate and send it out, folks! So after a few dud dinners at highly touted restaurants, I was happy to hit pay-dirt at Le 6 Paul Bert.

In an area that’s quickly becoming filled with interesting restaurants, I’ve eaten here twice, and I was kinda blown-away both times. It’s a nice-looking, classy, simple dining room. On one side is an épicerie selling charcuterie, oils, tinned sardines, and so forth. Then the long dining room is divided in two, with a communal table on one side and smaller tables on the other. At the end is an open kitchen where Québécois Chef Louis-Philippe and his assistant work side-by-side, concentrating on the food, but not stressing or standing there with tweezers micromanaging the presentations. They’re simply cooking.

The format of the menu is that you choose any four courses for €38; you pick three things from the savory part of the menu, then one dessert. (You can also go à la carte, but I recommend getting the formule as it allows you to take a tour around the chef’s talent.) The first time I went, I thought four courses would be too much food, but it was just right. I don’t want to use the term “small plates”, because each plate I would say falls into the “medium” category – and each is worthy of main course status. And the “medium plate” concept allow you to be able to get a taste – and then have some more, because there’s nothing worse than swooning over a dish but not having enough of it. Which I why I dislike sharing; If I like something, I don’t want to give it away. Get your own! 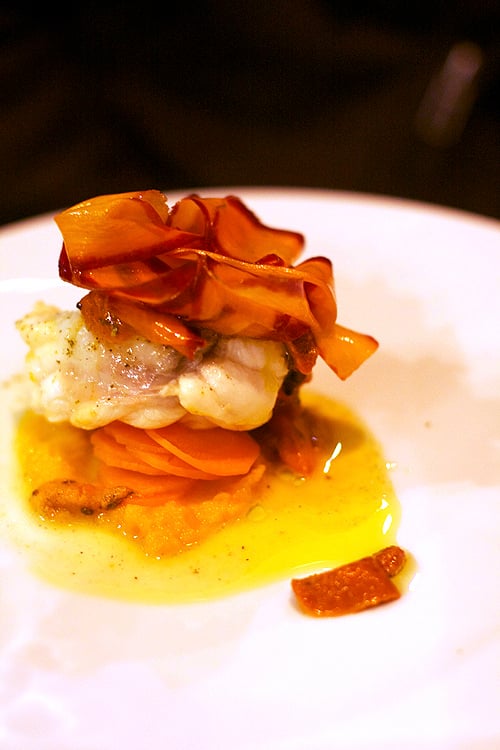 On my recent visit, courses ranged from asparagus with black truffles and a brilliant-orange poached egg, scallops in lemon emulsion with tiny spinach and tangy sorrel leaves (at least I think they were sorrel leaves), mulet (mullet) carpaccio with red currants and beets.

Quail came out with roasted spring onions, porcelet (suckling pig) was crisp-skinned and came with salsify, and lotte (monkfish) came out stacked with ribbons of heirloom carrots, which was as close as foofy as this kitchen gets. But it was a lovely way to serve beautiful multi-colored carrots, the pile of ribbons highlighting the contrasting colors of the roots. 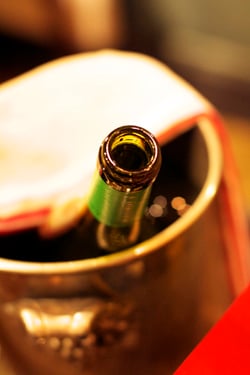 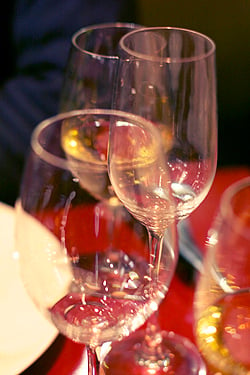 Everything is absolutely delicious, inventive, and I’ve sat there marveling at the chef and his assistants, quietly cooking and setting up plates of food on the counter, where one of the efficient servers grabs them and takes them to awaiting diners. You just don’t get this kind of food often in Paris, and it’s great that owner Bertrand Auboyneau (who owns Bistro Paul Bert and L’Cailler du Bistro, down the street) cast a wide net, all the way to Canada, to find such a talented chef.

We had a bottle of La Bodice Cheverny (€27) that was fine, and two glasses of Champagne (€10 each…hey, it was TGIF…) – the baguette had the gentle heat of piment d’Espelette, which I adored. Anxious to know what bakery it was from, they said they have it brought up from the Basque region, which they finish cooking in their own ovens.

Desserts were cubes of chocolate ganache with yogurt ice cream, and a lemon cannoli; a tube of shattering pastry filled with tangy lemon curd. On my previous visit to Le 6 Paul Bert, we had Topinambadour (Jerusalem artichoke) ice cream with white chocolate crumbles, which we ordered with a side of skepticism, and we were shocked (me, and the two people I was with, who were both seasoned cookbook editors) because it was absolutely outstanding. Le 6 Paul Bert is really an exceptional restaurant, with food better than that I’ve had a three-star restaurants, at everyday prices. When can I go back?