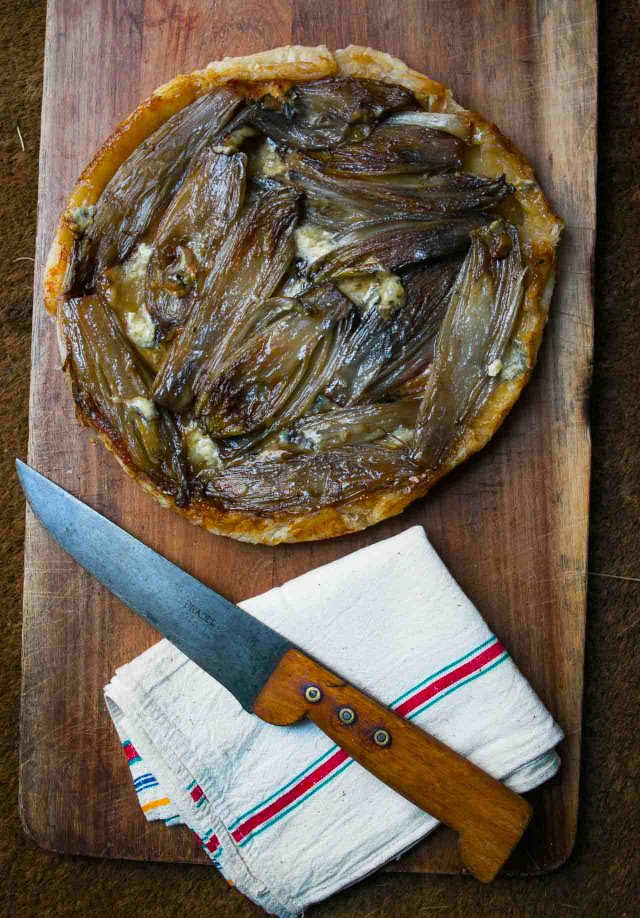 When I first heard about tarte Tatin, nothing sounded better to me. What first seems like way too many apples packed into a skillet, then caramelized and baked under a blanket of buttery pastry, then turned out and served warm, became one of my favorite desserts.

I’ve had recipes for them in several of my books, but also enjoy the savory version. I’ve seen upside down tarts made with fennel, tomatoes, carrots, and other root vegetables, but an upside-down caramelized tart with Belgian endive always appeals to me the most. The contrast between the slightly bitter, chewy, spears of endive, make the base for a perfect savory tart, especially in the winter. And I don’t think anyone would disagree. 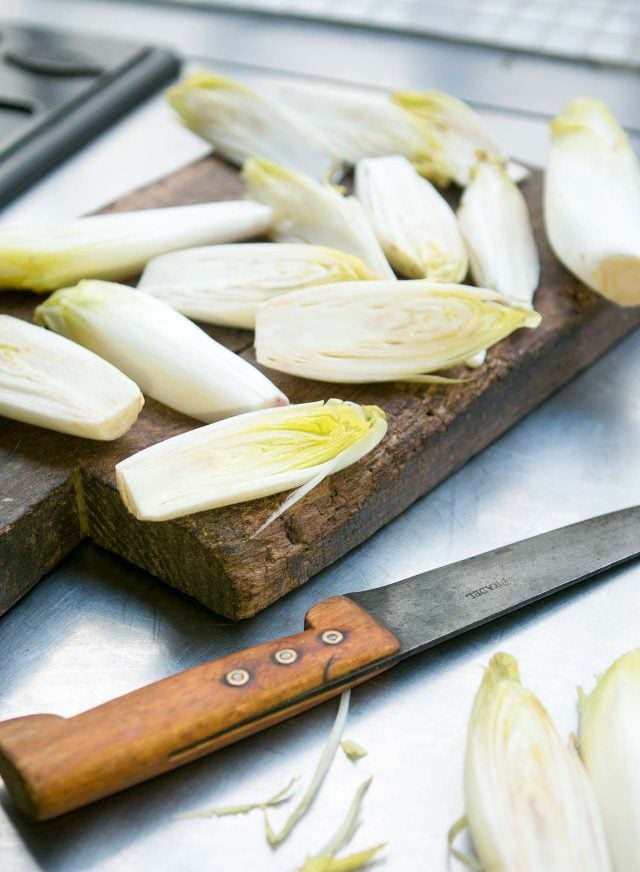 I’ve mentioned before that in France, Belgian endive isn’t considered a luxury ingredient and is widely available, even in supermarkets, where it’s sold by the kilo (2.2 pound) bag. I seem to always have some since it’s so good added to a winter salad, perhaps with pears, pomegranates, and blue cheese, or braised and baked into a savory gratin. 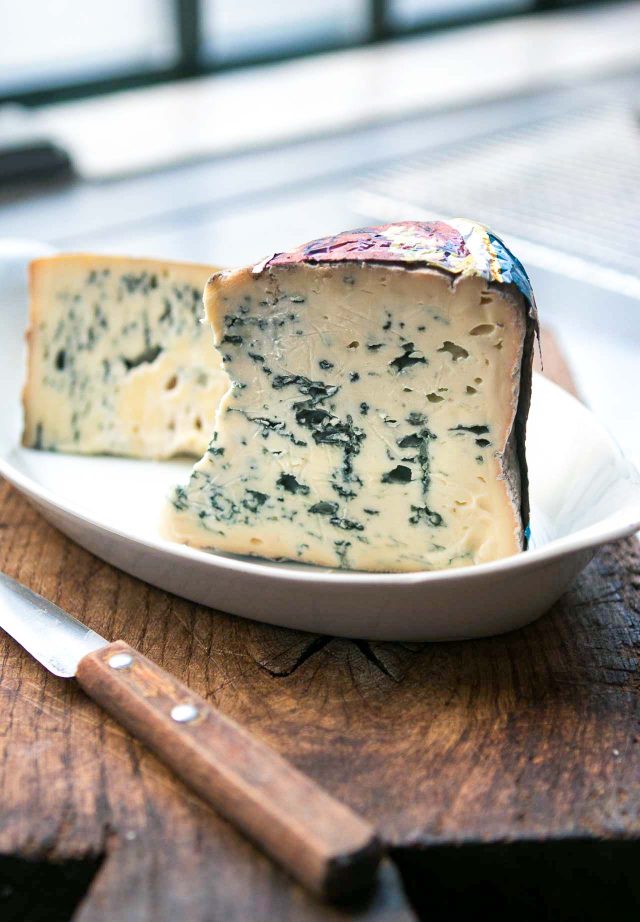 A while back, someone called me out for being pretentious when writing “bleu” cheese, so I’ve been doing my best to call it blue cheese. (Fortunately endive, and endive, are the same words in English and in French, so you don’t have to suffer through me on that one.) However even in English, bleu sounds better, and I think people know what it means without having to translate it. So you can use any kind of blue, or bleu, cheese that you’d like in this tart. The stronger, the better. 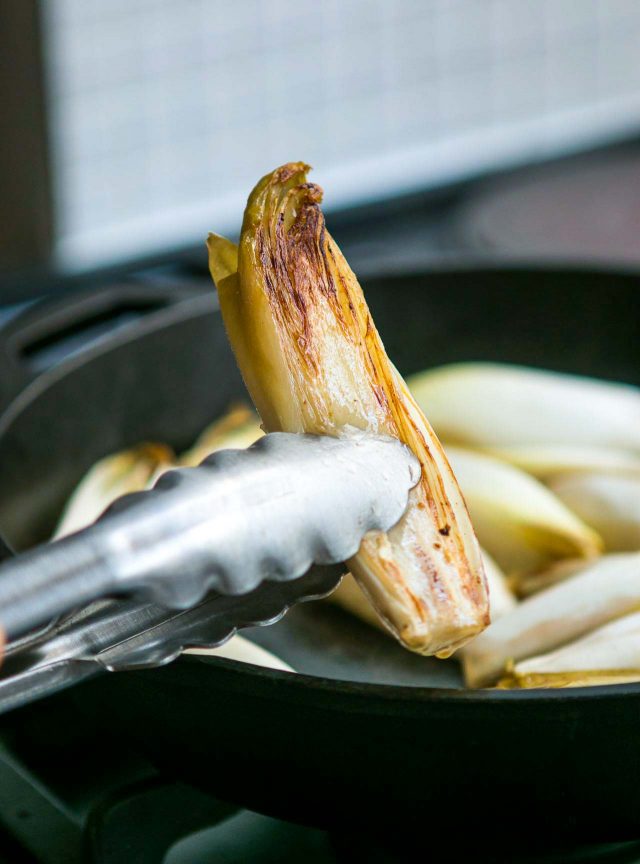 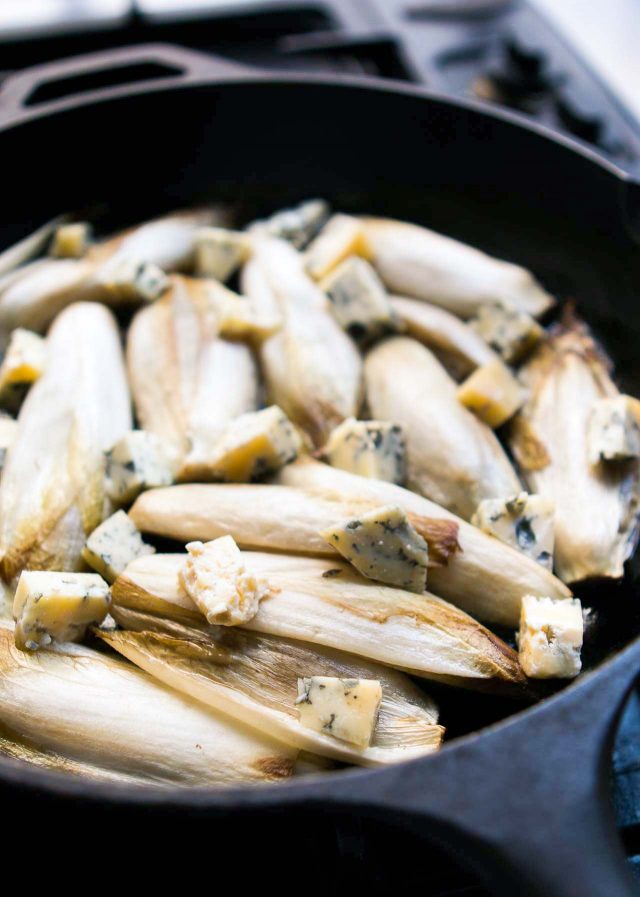 The dough is pretty simple to put together. And since you’re not really going to see it, it doesn’t matter if the sides are perfect, or if it buckles and rises in places. 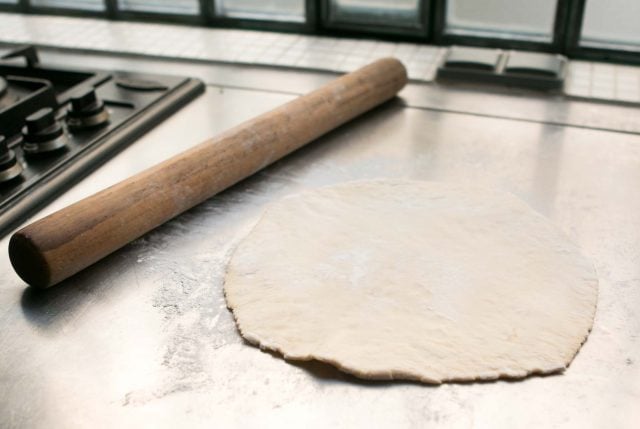 Once baked, under a crackly, crispy disk, most sins are forgiven, even bleu, or blue ones. And who can quibble with a warm, savory tart on a cold winter day? I know I can’t. 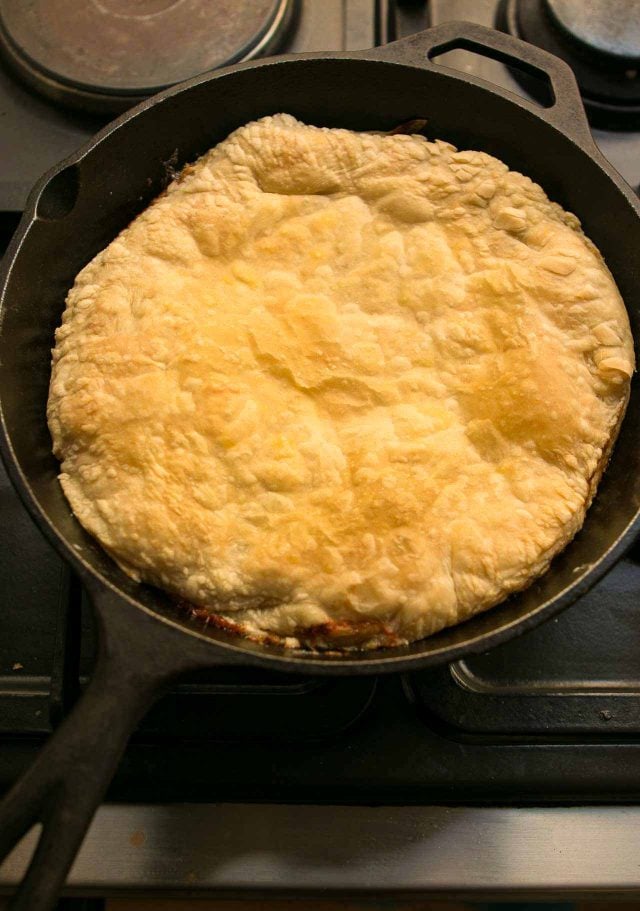 While this caramelized endive tart is especially good right out of the oven, it’s also excellent reheated and served the next day for lunch. You could also cut it into smaller wedges and serve it as an appetizer, and if you’re not fond of blue cheese, slightly aged goat cheese would work just as well. 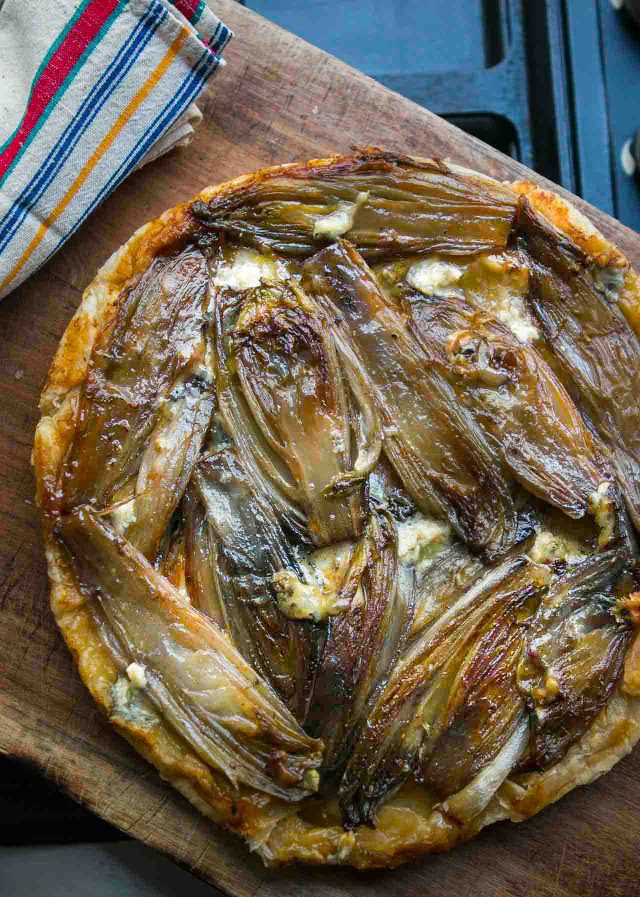 You could dress this up with some black olives or branches of thyme baked with the endive. I bought puff pastry for this tart because I felt like it. (Actually, I had a gazillion things to do and there are worse problems in the world than using store-bought puff pastry made with all butter.) But if you want to make your own, you're welcome to. If you'd rather use a standard tart dough for this, make the tart dough that goes with this quiche recipe. If you like a lot of cheese, have some extra bits handy to strew over the finished tart, when it's warm from the oven. (The heat of the tart should melt the cheese, but you can coax it along with a butter knife.) Chopped chives or parsley would make a nice garnish.
Servings 6 servings

Serving: Serve the tart warm. If you want to make it in advance, it can be rewarmed in a moderate oven, on a baking sheet. It's best the same day it's made. It's great with a green salad made of winter greens, such as escarole, radicchio, or frisée drizzled with walnut or hazelnut oil and a bit of sea salt. It's also a good lunch along with a simple green salad with a dressing made with sherry vinegar and minced shallots.
Pin510
Share405
Tweet
915 Shares