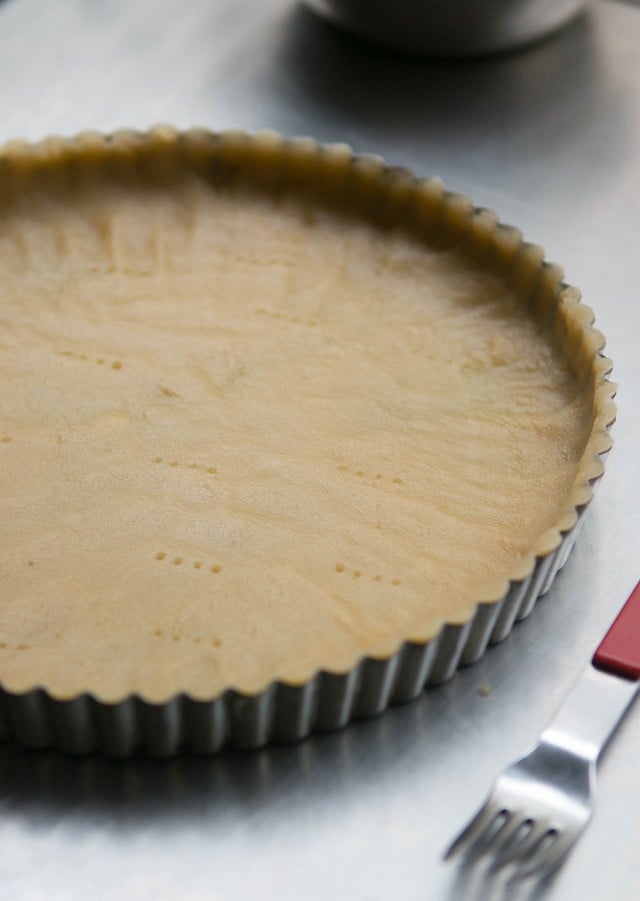 I was in the middle of a lovely spring lunch at Chez Prune up by the Canal St. Martin the other day with Paule Caillat, a friend who taught cooking classes in Paris.

We talked about many things, but of course, the conversation quickly turned to the most important subject of them all: baking. And soon she began to tell me about this tart dough recipe that she’s been making for years. I was expecting her to say, “You begin by taking some cold butter and work it into the flour.”

But she started by saying, “You take butter. And you take water. You put them in a bowl. Then you put it in the oven for 20 minutes and let everything boil until…” which, of course, stopped me mid-swallow of my Côte du Rhone. I almost started choking. “Surely, you jest!” I wanted to cry out in disbelief. Except I couldn’t, because I don’t know how to say that in French. So I just sat there with my mouth agape, which is a pretty uncharacteristic position for me to find myself in. 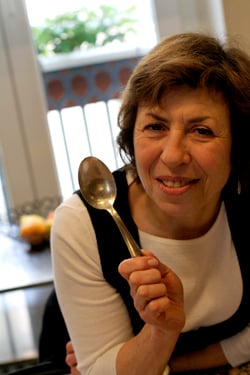 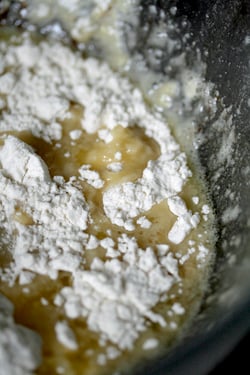 Then she reiterated, that she heated the butter in the oven and dumped in some flour then stirred it until it was smooth. Seriously gang, you coulda knocked me over with une plume. It was as if someone told me that I had packed up and split to a foreign country with no plans for my future. It was all just crazy-talk. (However you say that in French…) 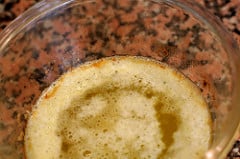 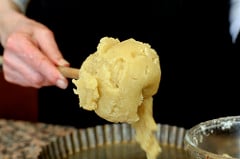 So Paule invited me to her kitchen to make the dough. After I caught my breath at her kitchen, which was roughly the size of my apartment, she lit the oven and soon the butter was bubbling merrily away in the oven. She made me come over and look, showing me how it was darkening just around the edges, “comme le beurre noisette”—like browned butter. 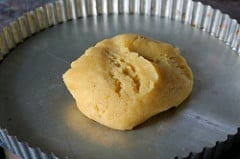 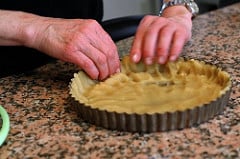 A few moments later, she carefully pulled it out then she dumped in an unspecified amount of flour with an audible sizzle, and began stirring briskly. When I asked how much flour she’d added, she said, “Oh…you know, enough to make it right.” 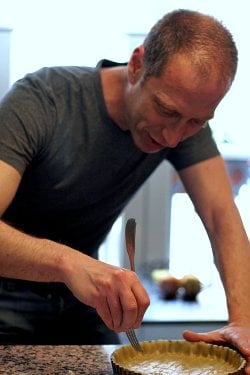 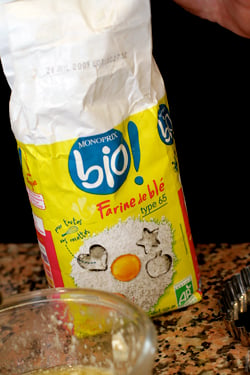 Immediately my breathing became short and I had to brace myself against the wall (although a slug of Côte du Rhone brought me back): I knew that you’d flip out if I didn’t get an exact amount of flour out of her. Yet after multiple messages back and forth with her from my home kitchen, I came up with the right quantity. I know from experience pinning down the French isn’t always easy, but the rewards are invariably worth it. 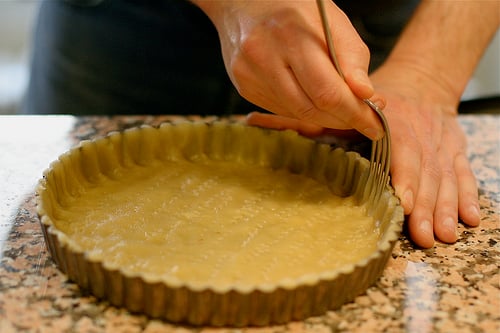 If you’ve been afraid to make tart dough, give this one a try. It couldn’t be easier to make, or more interesting, and yielded a wonderfully flaky, buttery dough. And if anyone asks for the recipe, do make sure they’re not mid-gulp. 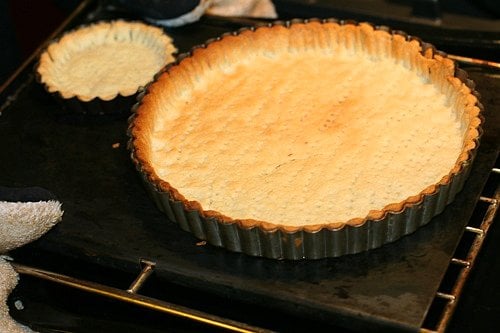 Adapted from a recipe by Paule Caillat of In France, I used type 65 organic flour, which is similar to American all-purpose flour. Paule says that her students report back, saying that the dough works beautifully with American butter, too. Small cracks in the dough are normal so I wouldn’t use this for a thin, custardy filling, although it works well filled with chocolate ganache and I would imagine it would be lovely filled with fresh berries resting on a base of pastry cream. A reader let me know that it works well with King Arthur's gluten-free Measure for Measure flour. Do be careful with the hot bowl of butter. Not only will the butter spatter a bit when you add the flour, but it’s uncommon to have a very hot bowl on the counter and easy to simply give in the urge to grab it with your bare hands.
Course Dessert 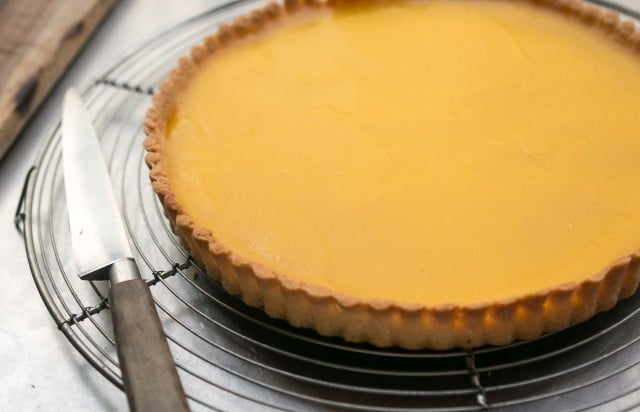 Ingredients for American Baking in France