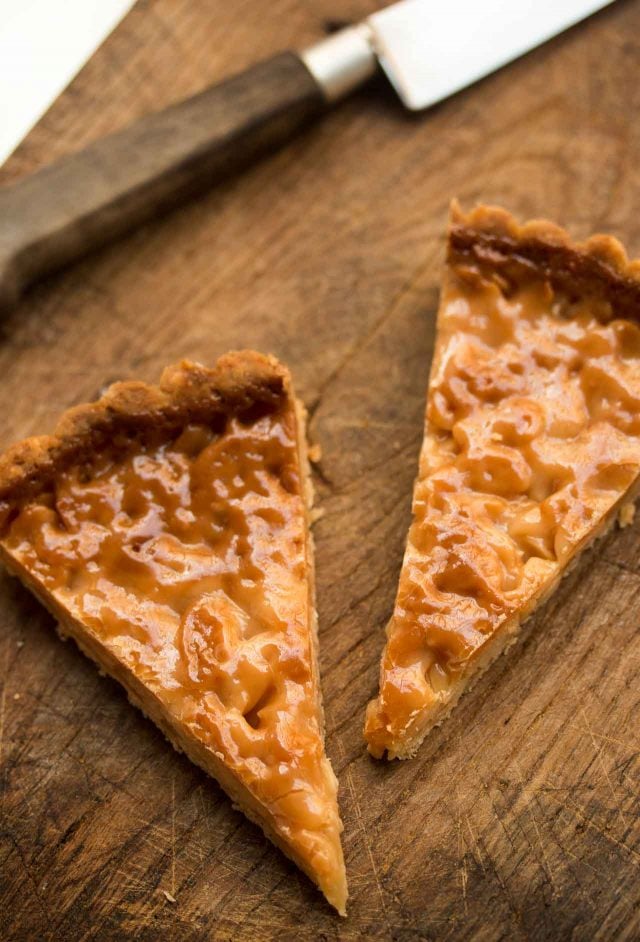 Today I’d like to talk about the Chez Panisse Almond Tart. 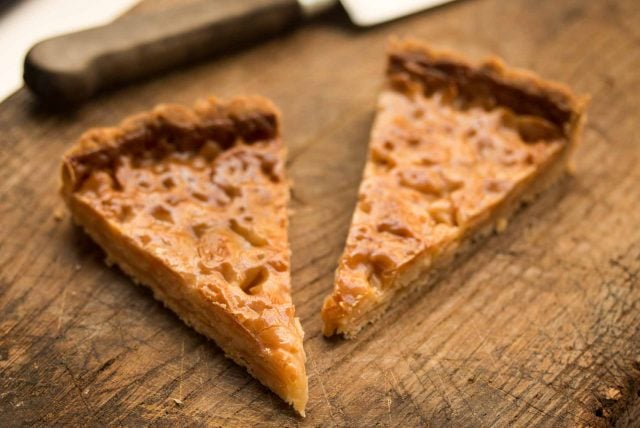 It comes from Lindsey Shere who was the executive pastry chef and co-owner of Chez Panisse since its inception. Her Almond Tart was the most famous dessert at Chez Panisse for decades until too many customers apparently had a hard time eating it with a fork, so off the menu it went.

I lobbied—hard—to keep it there. Really, I did. But in spite of my best efforts, it only made rare appearances, sliced-thinly, on an occasional cookie plate downstairs in the restaurant. I’m sure the people who were there after I left breathed a sigh of relief, since it was one of the trickiest things to make and they didn’t have to bother anymore. Yet in spite of its difficulty, it’s the most delicious thing I’ve probably ever had. And I’ve had a lot of things that were delicious. Since making one last week, I’ve been passing out wedges to friends and people are blown away by it. No one could believe how good it was.

When I started in the pastry department at Chez Panisse, it would take me hours to get the dough pressed into pans properly and considered bringing them home with me since I was so lame at it. Unlike other pastry doughs, this one is soft and needs to be pressed into the pans: it’s quite sticky and too challenging to roll. To make a long story short, I eventually mastered it, smushing the dough just-right into the tart ring, which I can now do in 30 seconds flat.

This is a tricky recipe but really worth trying and although it was an ‘unauthorized’ substitution at Chez Panisse (I was the rebel…which is why I’m here instead of there nowadays…), I often would replace the almonds with chopped up macadamia nuts, which kept the tart slightly-softer due to the high oil content. And was utterly delicious. Other nuts can be substituted as well, although when all is said and done, this classic is best made with sliced almonds. 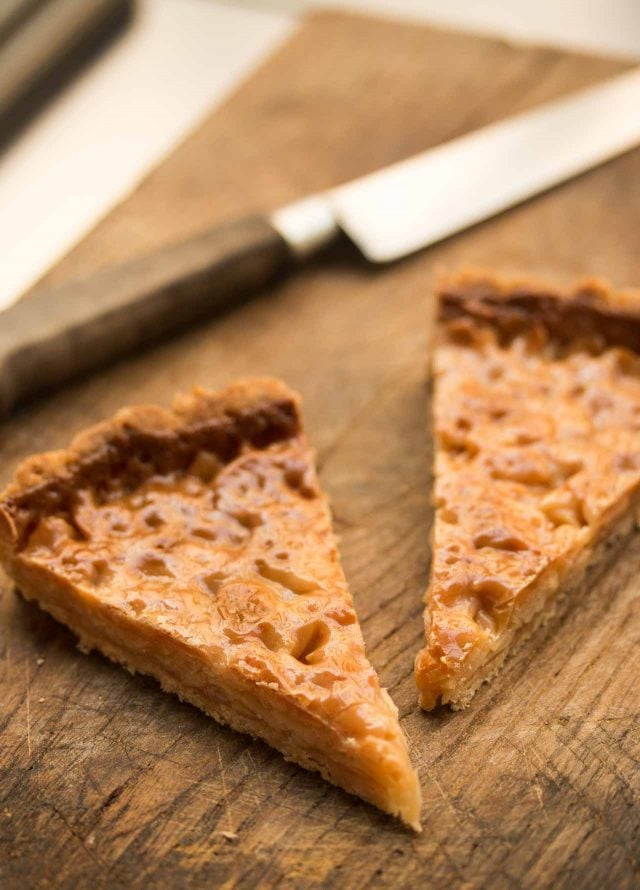 A couple of tips for tackling this tart:

-Unlike other doughs, this should be room temperature when you press it in the pan. I’ve tried rolling it but it doesn’t work. Plus this method is much less messy. You could also use the French tart dough, which works well, too.

-Don’t overbeat the butter for the dough and be sure to save a nubbin which you can use to patch any holes once the tart shell is baked off. 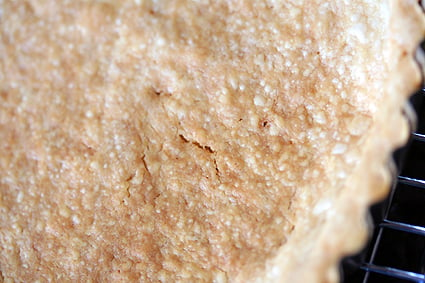 -If you forget to save a bit of dough…like someone did around here…just mix a bit of flour and water together to make a thick slurry and use that to fill in any and all gaps on the just-baked tart shell. And don’t be shy! If it looks like it might leak, it probably will. So fix it.

-Use an old pair of oven mitts for handling the tart when taking it out of the oven. The caramel is a tad sticky and it’s likely to adhere to the gloves.

– Be sure to line the lower rack of the oven with foil to catch any leaks and spills. 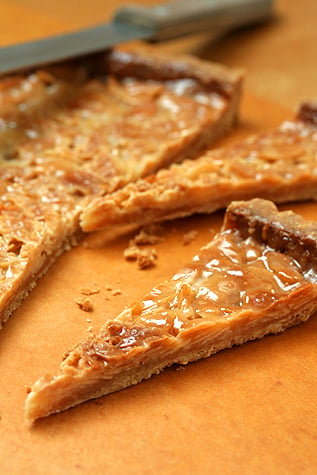 For the tart filling

For the tart filling

Voilà! Be proud of your first, infamous Chez Panisse Almond Tart. Serve in small wedges either as a dessert, or as a cookie-like accompaniment to fresh fruit, bowl of ice cream or sorbet, or a compote.
Pin2K
Share499
Tweet
2K Shares