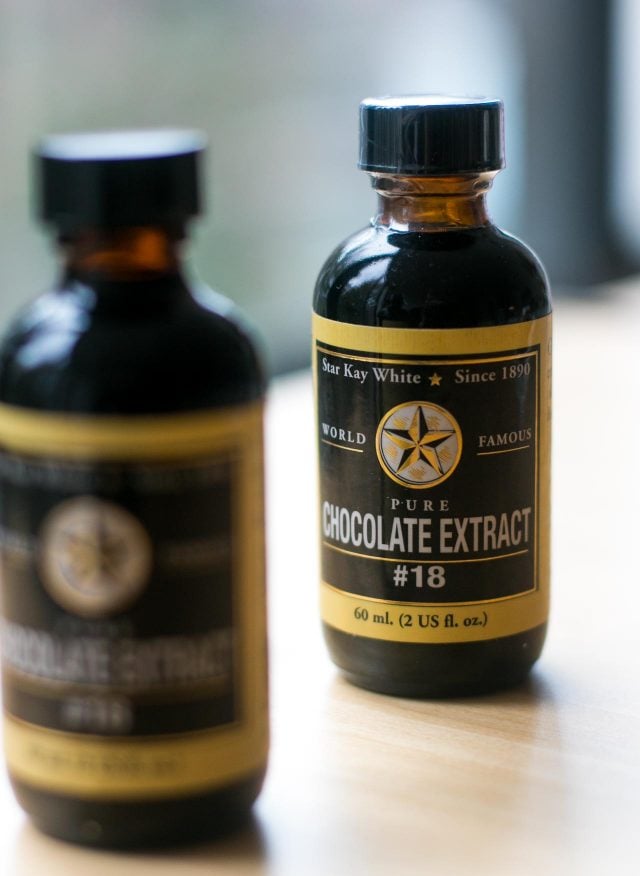 One of the things that no one prepares you for when you write a book, is that people are going to be in touch, many that you haven’t seen in a long, long time.

When Room for Dessert came out in 1999, I heard from people that I knew all the way back in high school. While I don’t quite share everyone’s glee for wanting to relive all the “good ol’ days”, I did get a message from someone who’d gone to the same college as me, and whose family had been making wonderful-smelling extracts since 1890. And what particularly caught my attention was that he mentioned the magic word—chocolate.

His family’s company, Star Kay White, produces extracts, mostly to sell to the ice cream and confectionery industry. But back then, they were just launching their extracts for home bakers. I asked Ben Katzenstein, who wrote to me, what exactly chocolate extract was, and he explained that when cacao beans are ground up into chocolate, some of the ‘top notes’ of the beans are lost in the process and adding chocolate extract replaces them. 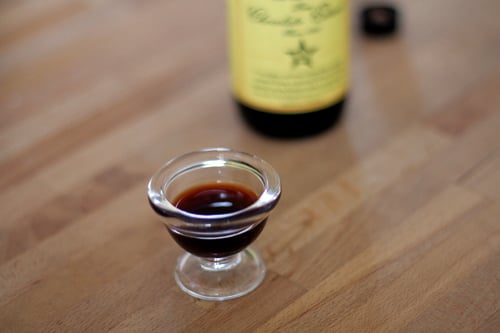 Chocolate extract is made without heat to avoid ameliorating the true flavor: the beans are soaked in alcohol, then removed. What’s left is a deep-dark brown elixir of highly-concentrated pure chocolate flavor and aroma. If you take the cap off and give it a sniff, the scent of pure chocolate will blow you away.

Since chocolate extract is somewhat of an unusual ingredient, it’s hard to call for chocolate extract in a recipe, since a majority of people probably don’t keep it on hand, like I do. So it falls into the “optional” category. But at home, I find myself adding a teaspoon to almost any chocolate cake, cookie, brownie, or ice cream mixture that I’m stirring up. You can replace the vanilla extract with chocolate extract, but they work so well together, I often add both.

When I taught cooking classes, I’d often bring bottles with me to pass around for a sniff, and the look on people’s faces was first of disbelief, then surprise, and a big smile would rise in their face. It was always quite a surprise to find something so chocolaty in such a little bottle. 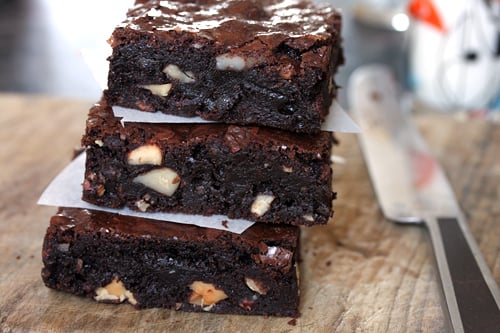 This morning when I was mixing up my second batch of Brownies for the week (I have no idea what happened to the first one…I swear), I pulled out my little bottle and spilled a bit into the batter, then stirred it up. When the batch of brownies went into my now-famous oven, I licked the chocolate-covered spatula clean as the day I bought it. I can’t say for sure whether I would’ve done that had I not added some chocolate extract to the batter. But it definitely didn’t hurt.