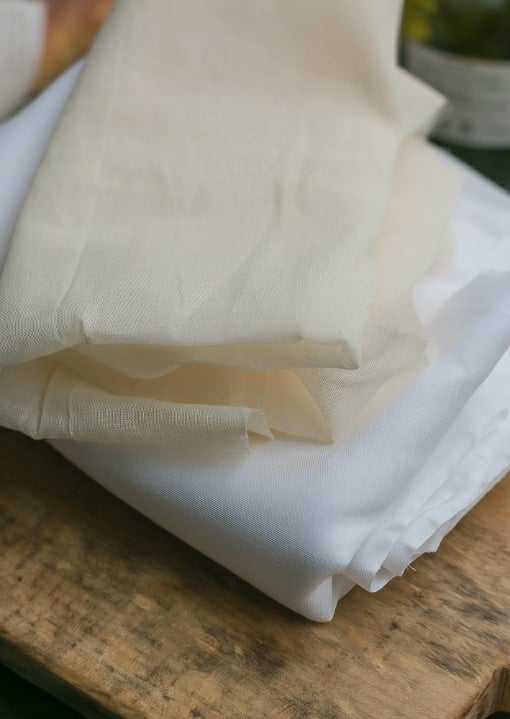 Sometimes when I’m asked about what I miss from “home” (ie: the US). I might answer dried pluots, crunchy organic peanut butter, aluminum foil that you can’t read the newspaper through, and an unending supply of Sharpies. (Although thanks to a slew of well-meaning friends and other folks passing through, I now have an unending supply of them here in France.) But I no longer sherpa over cheesecloth, because I’ve found something better: Étamine. 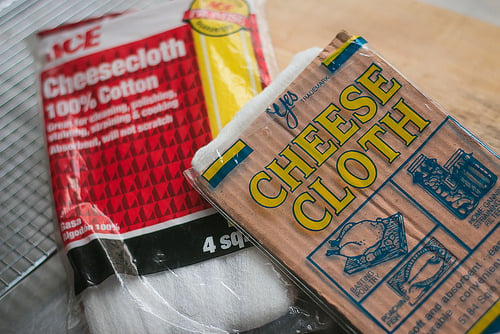 Way back when, I brought over a few packages of cheesecloth for such culinary projects as soaking fruitcakes in liquor (with mixed success), at times…and draining cream or yogurt for homemade cheeses, marmalade-making, and labneh. Then I discovered the gauzy, wispy fabric known as étamine and I haven’t gone back to cheesecloth. Nor have I asked anyone to sherpa some over for me. (And I can finagle them into bringing other things, such as dried pluots.) 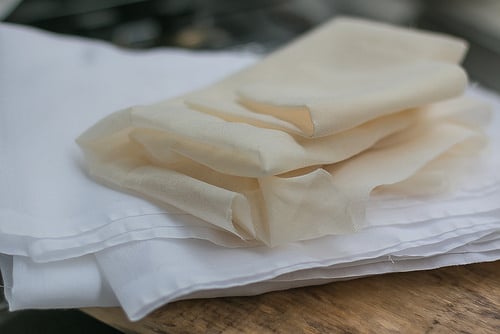 According to one definition, étamine is available in a few different materials, but the one I always see and get is made of cotton. Sometimes it’s bleached, other times it is natural – which I prefer. Whenever I go to the fabric store, I can’t help but run my hands down and savor the gauzy, airy-smooth feel of it. However, now that I’m writing that down, I’m wondering if when I come in, the salespeople all whisper amongst themselves that the fabric-fondler in the long black overcoat is back. 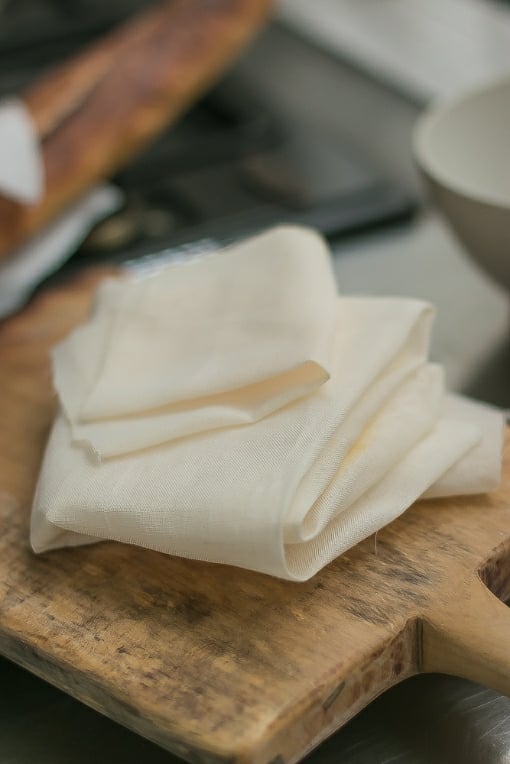 Étamine is available in various mesh-sizes; I go for the smaller of whatever is available. And my favorite place to buy it is the fantastic Marché Saint-Pierre, a multi-level fabric store up near Sacre Cœur, which is a heaving mass of people – costume designers, homemakers, crafty types, and weirdos like me – wandering up and down the stairs (or in the elevator, which still has an attendant – and is worth the trip alone to ride it), hefting through the bulging bolts of titillating textiles. 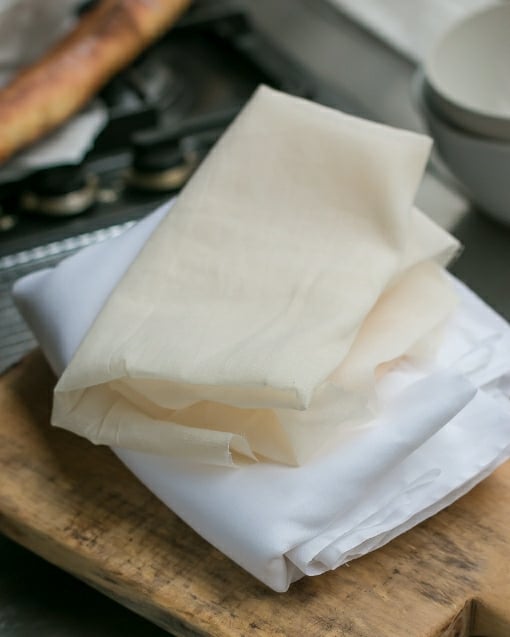 Marché Saint-Pierre isn’t all fun and fabric: it can be one of the tougher places to shop in town. Sometimes you get a super-helpful salesperson who gives a hoot, and other times, well – you take your chances. (Last time I went, the guy wielding the large scissors had obviously enjoyed a nice lunch, accompanied by a few too many libations.) But many of them are experts and even if they might come off as stern, starting off with a bit of humor is always advised. I always try to chat them up, usually beginning with some line about being a baker. FYI: Mentioning chocolate helps, too.

The first time I did it, the salesman asked if I brought him any échantillions, or samples. So I pointed at the big letters painted on the wall that said, “Pas d’énchantillions!” (“No samples!”), and shrugged my shoulders, which gave him a nice chuckle. But be careful, you don’t want to flop with those jokes because – FYI: the staff members all carry giant scissors in their hip holsters and I wouldn’t mess with them if I were you – or me. 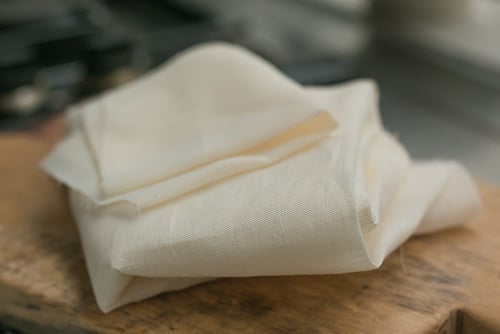 For those not interested in venturing to Montmartre to participate in the fabric frenzy (although why not?– the streets are lined with fabric shops hawking glittery get-ups for showgirls and other performers, and it’s quite a sight), the BHV carries étamine at a somewhat higher price. It costs just €4,5 meter, nearly 3 feet, at the Marché Saint-Pierre, and I am always happy to have an excuse to go up to Montmartre and ride the elevator. So I make the trek. Plus they have such household dry goods as bistro napkins, tea towels, and tablecloths, as well as gorgeous (and cheap) stiff cotton or linen kitchen aprons for a mere €16. It’s hard not to buy everything in sight, but I’m content to leave with my few meters of fabric, and head back down the hill, toward my kitchen at home.