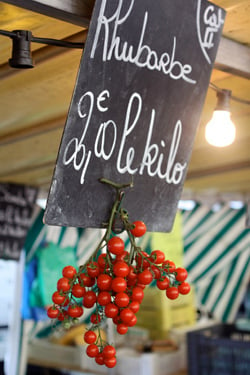 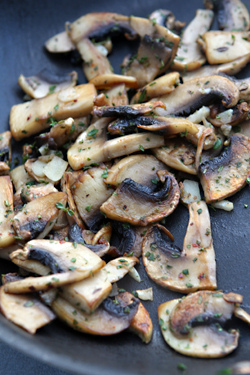 In August, most of the businesses in Paris shut down while a vast number of people take their annual holiday vacations. And in case you think that’s a grammatical error, in French one says les vacances, in the plural. So if you have a problem with that, I would tell you to take it up with them yourself, but right now most of them are unavailable at the moment.

It sounds odd, but I know several business in America that follow the same model of shutting down for a few weeks so everyone can go on holiday at the same time, negating the need for constantly changing schedules the rest of the year to adapt to everyone’s particular vacations. (Although I am awaiting the results of a medical test and it would have been nice of the doctor to let me know that he was leaving for three weeks.)

Bread bakeries, which are an integral part of French life, also close up shop for two- to four weeks. But each shop plans their vacation(s?) in conjunction with the neighboring bakeries, by law, and posts those locations on their door so you can always be assured of fresh bread no matter what neighborhood you live in.

That’s great—in theory, but the other day I walked from bakery to boulangerie looking for one that was open near where I live. Sure, they listed the nearest bakery that was supposed to be open, but of course since most bakeries are only open five days out of the week (and deservedly so; I worked in a bread bakery and it was the hardest I’ve worked in my life—well, until the elevator in my seven-story building went out of service at the beginning of the summer), I just happened to be out of bread on one of the two days the other bakeries just happened to be closed. 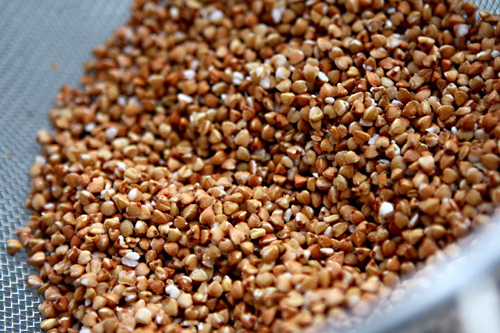 So considering the carb-free month that was ahead of me, and since I didn’t have any bread to carry up the seven flights of stairs, I took a walk by my local thrift shop. And although I don’t go in each and every day (although it sure looks like it from the things piled up in my apartment), I always press my nose up against the window, getting dangerously close to what the French call lèche-vitrines, or “licking windows”, which actually means “window shopping”.

I kept my tongue firmly in my mouth—thank you very much—but I nearly started French kissing the window when I saw what looked like the rim of a giant Gascon cassole inside. And when I went in, sure enough it was. 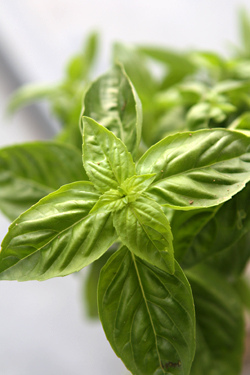 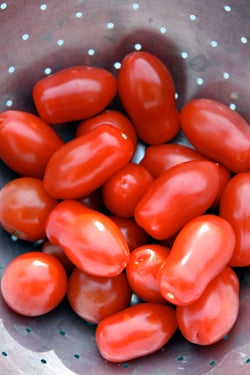 I don’t know the word in French for that, so pardon my English, but I just about plotzed. According to the price tag, it had been in the store for around two weeks and no one else had bought it. Likely no one was feeling much like making a dish loaded with duck fat, meaty sausage, beans, and preserved duck, ie: cassoulet, in the middle of August. Which I can’t say I blame them for. But on the other hand, with bread a rare commodity at the moment, a nice bowl of white beans sounded pretty good right now. It was only €5.90, a price that was just too irresistible to pass up…even though delivery wasn’t included. 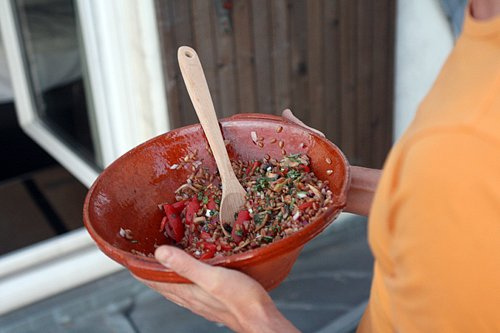 With the newest addition to my ever-expanding collection of things I have zero room for, since I didn’t feel like making cassoulet at the moment, I decided to make a salad with the half-bag of sarrasin that I had on hand. I reasoned that using the leftover handful of buckwheat, I’d be clearing at least a little more room for the new guy on the block.

Well, the buckwheat kernels looked lovely (see above), but turned into an angry, monstrously jellied blob within a minute of cooking. Thankfully I had a bag of farro on hand, and reasoning that if I used that up, perhaps I’d be making room for the next trip to the thrift store.

Even if you don’t have farro on hand, just about everything else in this dish can be found pretty easily. If you can’t get farro, wheat berries are available in most natural foods stores or try it with cooked barley. Feel free to serve the salad in whatever kind of bowl you have—or can carry home.

When I tasted the salad, I couldn’t put my finger on what missing the first time around. I thought perhaps nuts, dried fruits, chile powder, might be the key. Then I realized it was the bitter greens (radicchio), which I like sautéed, because that seems to accentuate their bite. But if you can’t find that, use Belgian endive, frisée, kale, mustard, or another green. For more crunch, you can leave it raw and toss it in with the tomatoes. Of course, you can vary the ingredients: cooked asparagus slices, peas, fava beans, and butternut squash come to mind. (If using squash, a pinch of cinnamon would be nice.) I use basil, but another herb, such as fresh dill, mint, or flat leaf parsley would work as well. If you have any feta, try crumbling some on top.
Farro Salad
1 1/2 cup (825g) farro
2 bay leaves
2 quarts (2L) water
2 tablespoons olive oil
1/2 pound (225g) mushrooms, sliced
salt and pepper
2-3 cloves garlic peeled and minced
1 teaspoon chopped fresh thyme, or 1/2 teaspoon dried
1 small head radicchio
1/2 cup (90g) green or black olives, pitted and chopped
2 cups (30g) loosely packed fresh basil leaves, coarsely chopped
1/2 pound (225g) cherry tomatoes, halved, or quartered if they're large
1 small red onion, peeled and diced
Dressing
2 tablespoons red wine vinegar
1/2 teaspoon sea salt
1/2 teaspoon soy sauce
1 teaspoon Dijon mustard
5 tablespoons (75ml) olive oil
1. In a large pot, cover the farro with the water and bay leaves and cook at a low boil, stirring infrequently to make sure they’re not sticking to the bottom, until cooked. Add more water during the cooking if necessary. Depending on the farro (check the package), it can take anywhere from 30 to 60 minutes to get cooked.
2. While the farro is cooking, heat the 2 tablespoons of olive oil in a skillet over medium-to-high heat and sauté the mushrooms seasoning them with salt and pepper until they’re seared and cooked through. Add the thyme, then stir in the garlic and radicchio and continue to cook until the radicchio is wilted and cooked through. (It will discolor, which is normal, and will be delicious.)
3. Once cooked, transfer the vegetables into a large bowl.
4. When the farro is completely cooked (it will still be toothsome, but soft enough not to have any crunch left), drain, pluck out the bay leaves, and let sit until room temperature.
5. Once the vegetables are cool, if they’re not in bite-sized pieces, spread them on a cutting board and chop them a bit until they are, then return them to the bowl.
6. Add the olives, basil, tomatoes, and onion and farro to the vegetables.
7. Briskly stir together all the ingredients for the dressing and stir the dressing into the salad. Serve at room temperature.

Variations: To make the salad heartier, toss in chunks of feta cheese, roast chicken, grilled tofu. A squirt of lemon is also nice to brighten the flavors. You can also serve the salad warm by mixing together all the ingredients and serving while still warm.

Storage: The salad can be kept up to three days in the refrigerator. Let come to room temperature before serving.