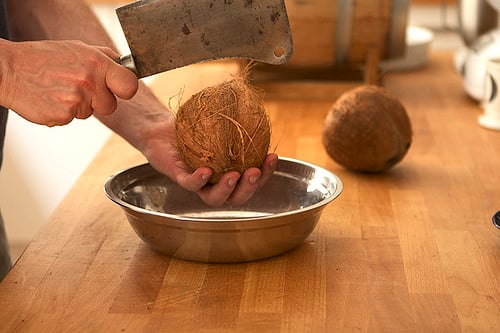 I’ve cracked more than my fair share of fresh coconuts, and tried a number of ways to open them, including doing as the monkeys do and lifting them high above my head and crashing them to the ground. Which I don’t recommend, unless you aren’t wearing pants (like monkeys do) because your pants will get all wet. (Like mine did.) In baking, I tend to use dried coconut (also called desiccated coconut) for cookies and infusing in custards and so forth, as it tends to have a more concentrated flavor than the fresh and less moisture, which can alter a recipe.

I primarily use fresh coconut meat (the kind extracted here) for garnishing, ice creams, sorbets, and even cocktails. There are a number of devices, including wooden boards with jagged teeth and rotary devices that might be worth it if you are doing a lot of coconut. But since I only crack one coconut open every few months or so, I don’t know if I want to give valuable cabinet space to something I would only use occasionally. 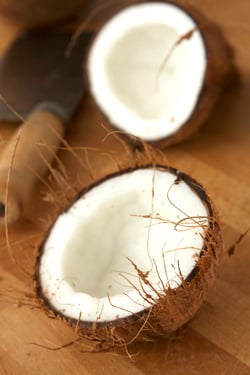 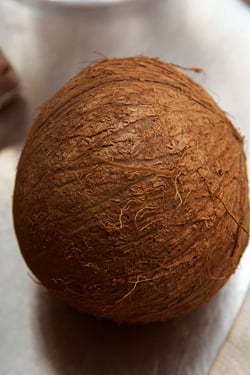 You can usually find fresh coconuts in stores that cater to Indian, Mexican, and Asian cooks, as well as well-stocked supermarkets. When buying a coconut, lift the coconut and give it a good shake; there should be plenty of liquid sloshing around inside. (Note that the liquid isn’t coconut milk, as some believe; it’s coconut water. Coconut milk is made by blending water with the meat.) Also make sure there is no mold on the outside, where the eyes are. Some folks like the remove the fibers from the outside of the coconut before cracking it, which you may wish to do over a sink as it’s somewhat messy. 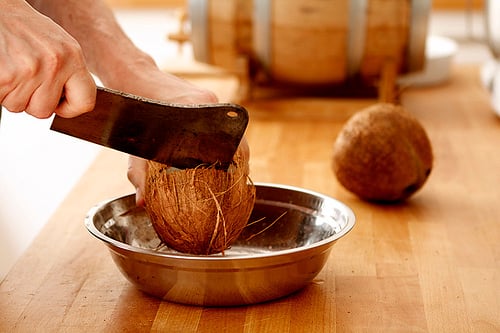 If you don’t want to use a cleaver, wrap the coconut in a towel – one you don’t mind getting wet – and use a hammer to break it open.

Pry the two sides apart and drain the liquid in the bowl. (It can be strained and enjoyed as a beverage.) 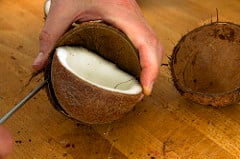 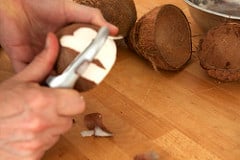 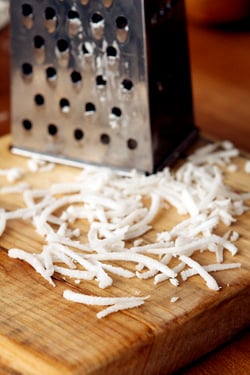 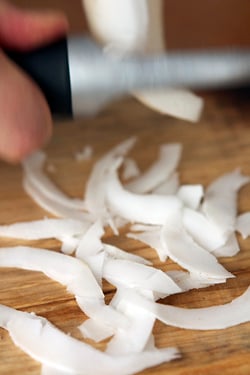 To toast the coconut, spread the shredded coconut on an unlined baking sheet and bake in a preheated 350ºF (180ºC) oven for 12 – 18 minutes, stirring a few times while it’s cooking, so it toasts evenly. Thinner strips will toast more quickly than thicker ones. 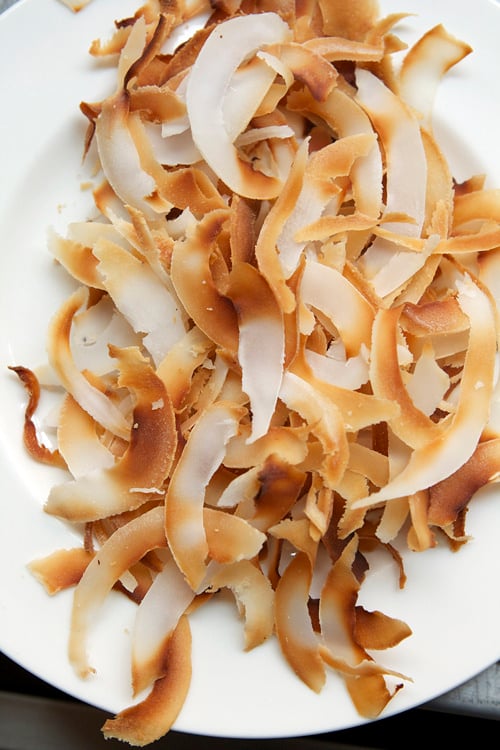