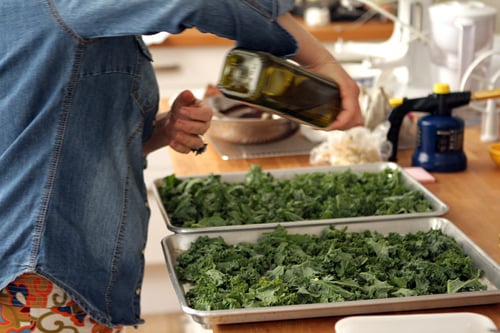 It’s arguable whether Paris is a “cutting edge” city. With a rich culinary tradition, change comes slowly (and sometimes requires a little coaxing), and the arrival of kale is no exception.

Although we can now get kale sporadically in Paris, thanks to The Kale Project, I was fortunate when a friend came to Paris bearing the fruits (or leaves) of crinkly denseness. In a “be careful what you wish for” moment, I’d overdosed on kale when it became available at my ruche, because I just couldn’t help myself from buying any and all of it, fearing I’d never see it again. Yet as much as I like it, it was a bit of a hard-sell with Parisian friends who weren’t as enthused about the tough, rugged greens sautéed in garlic and chili flakes, as I was. 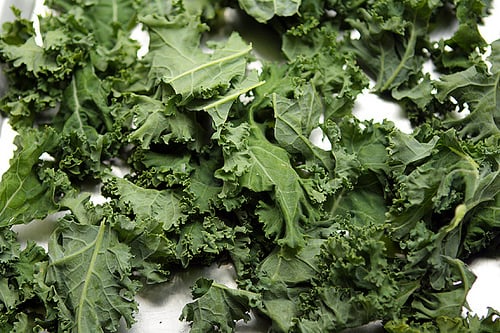 Still, it’s a treat to have kale in my kitchen again. So like my stashes of maple syrup, a bacon-flavored chocolate bar (which is still unopened), and Altoids, I’m not so anxious to share the bounty that arrived to those anyone who doesn’t share my enthusiasm. And that included my kale chips, which were a craze that swept across America but aren’t exactly quite ready to be added to the canon of French cuisine. 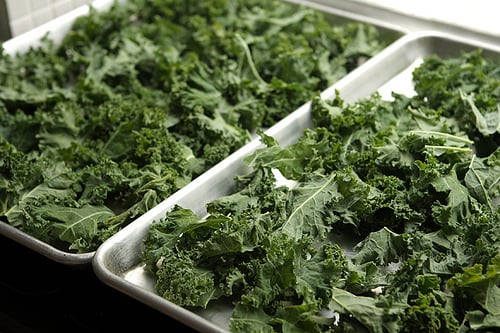 My friend Val Aikman-Smith, one of my kale-porters, who is the author of Smoke & Spice, was in my kitchen with me. And she decided to make a batch of kale chips, since I’d never had them. 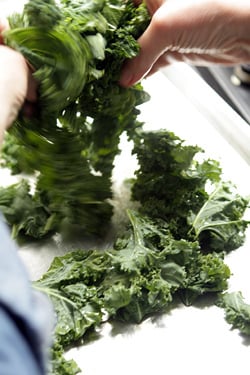 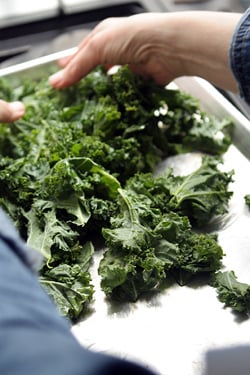 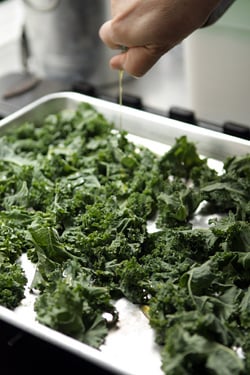 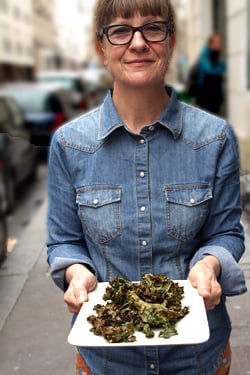 I had a few other Californians around that day and although it seems like everything in France is a topic of debate, one debate I thought I would never hear in France is about how to make kale chips. Most of the discussion focused on oven temperature. And the California consensus was that a very hot oven, 425ºF (218ºC), was the best.

However I made another batch after they left (since kale just keeps on growing and growing – for some reason, the bag in the refrigerator just refused to shrink), baking them at a mellower 350ºF (180ºC), and they kept their green color and shape a little better. So score another one for the softer temperatures, and slow-cooking that la cuisine française is known for. 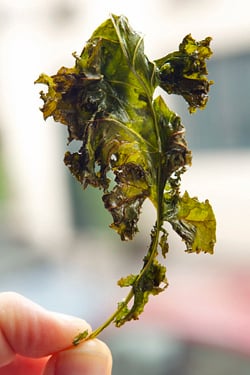 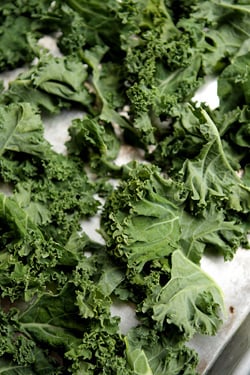 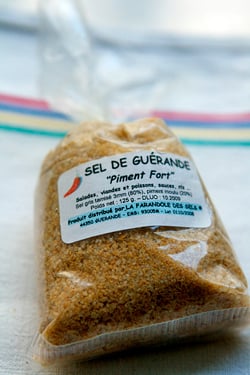 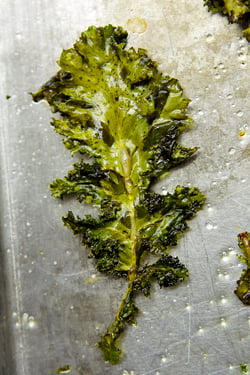 After the kale chips were washed and spun dry, she drizzled some olive oil over the cleaned kale and roasted them off in my oven. Once out of the oven, she salted them with flaky sea salt then offered them up to me. They were delicious – and I was eyeing a packet of French red pepper salt that I have on hand for the next batch. Well, once I finish off the kale chips that I have. With my tub of kale chip, I’ve tried to get the locals to indulge but there hasn’t been the same enthusiasm for them as me and my fellow Americans have, even with the enticement of a little vin rouge alongside. 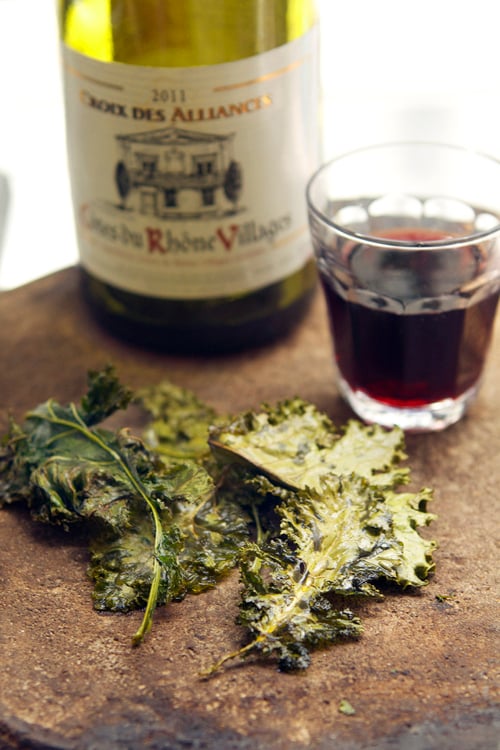 Remove the tough stems from the kale and wash and spin dry the kale thoroughly. This recipe can easily be doubled. Just be sure to rotate the baking sheets in the oven for even cooking. As mentioned, some people cook them at a higher temperature, California-style, which makes a crunchier, drier kale chip than those cooked at lower temperatures. I like them both ways. If you wish to roast them in a 425ºF (218ºC) oven, they’ll take about 12 minutes to cook.