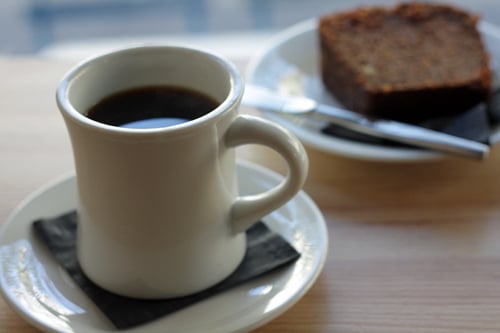 I don’t usually venture out Sunday mornings because after years in the food business, I’ve learned that the one day I was sure not to be working would be Sunday. (I’d eventually made it my sole criteria when choosing where I’d work that I’d only work in places that were not open on Sunday, or for breakfast). I also didn’t think that it was fair that I should inflict myself on others before mid-day. And when I first moved to France, I was happy that only markets were open on Sunday, although I was a little vexed to find out that every store and shop was closed – until I got hip to what a good idea it was since it forced everyone in town to relax and loosen up for a day.

I’ve been dying to try some of the new “good” coffee places that have opened up in Paris but since I don’t drink coffee later in the afternoon (the disadvantage of a lifetime of working nights are persistent sleep issues) the idea of crossing town for an afternoon cup wasn’t in the cards. However since it was Sunday morning and the rest of the city was barely waking up, and I saw the sun finally shining outside, I took a leisurely hike up the barren streets and boulevards near Montmartre to KB, for a cup of Australian coffee. 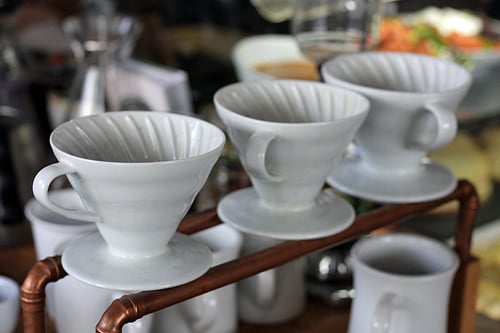 When I was in Sydney, I practically melted in relief to find great coffee and to see the care they took at places like Single Origin with each and every cup. And the day before I left the country, I had a single, absolutely perfect cup at Bills – which was so good, I almost cried. Look, I’m not one of those people who can’t make a cup of coffee unless I have a thermometer and a scale. In fact, I’m pretty simple; every morning I make a café au lait with my moka pot, and after lunch, I make myself an espresso. So I’d forgotten the simple pleasure of going out and having a coffee at a place where the people preparing the coffee actually care about what they’re doing. 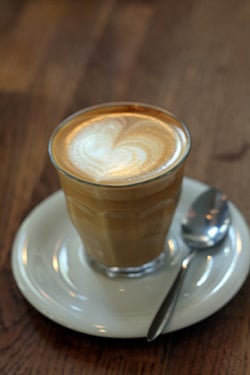 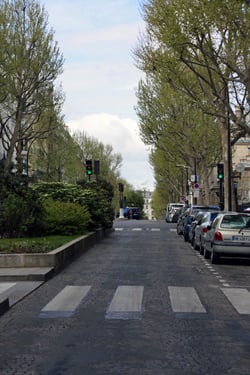 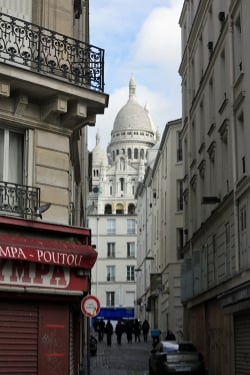 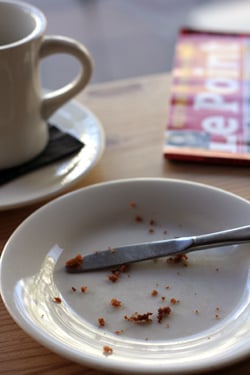 I don’t drink them often, so I thought I would order a mug of drip coffee, although the menu has everything from espresso macchiato to a ‘flat white‘ – as well as real iced coffee and milkshakes. But after a nice chat with the counter person, who suggested I try the coffee from Java, I took the hefty slab of carrot cake that he cut for me to my seat, navigating the maze of chairs, to wait while he made my coffee. 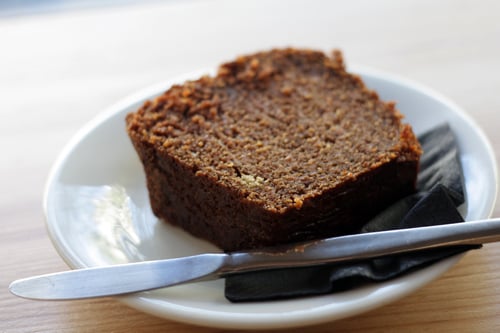 It was obvious from some of the empty bowls and plates around the café that brunch was popular – and admittedly, I was tempted by the big glass canister of house-made muesli on the counter – but was glad I ordered le cake (pronounced kek, in French), which was moist and slightly spiced, the perfect partner for the coffee, which had a somewhat sharp, less “roasty” coffee flavor that I was used to, yet similar to the other coffees I’ve had from Java.

I’m still anxious to get back to Australia some day, but KB has upped the game in Paris and it’s no longer a twenty-three hour flight to get a flat white…which I just might go back and get later this (early) afternoon.

Coffee in Paris? Finally, Coffee You Can Drink in the City of Light! (HIP Paris Blog)