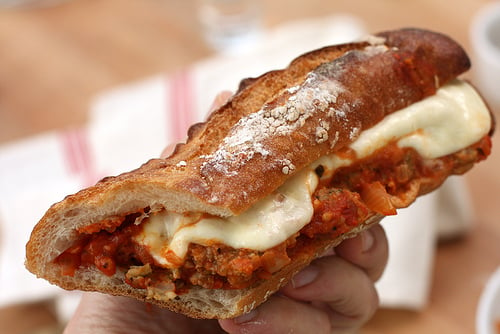 I often think how amusing (and sometimes frustrating) how many words there are in the French language that seemingly mean the same thing, but have various subtleties and nuances that make them worlds apart. And thinking about it, I realize that Americans have our own variety of words for seemingly (or exactly) the same thing, many based on where we live. Speaking of which, I had a hankering for a meatball sandwich for — oh, say… the last three years. And due to an abundance of bread crumbs, I thought I’d tackle them at home. 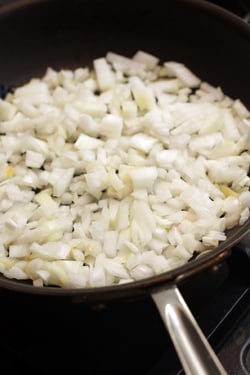 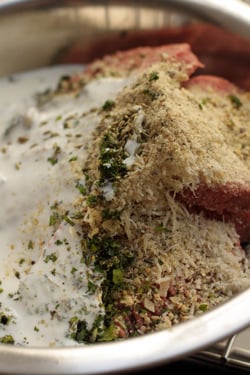 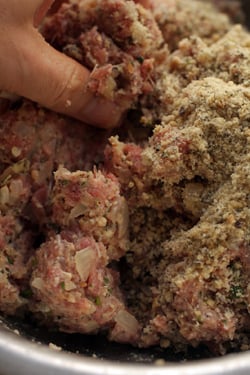 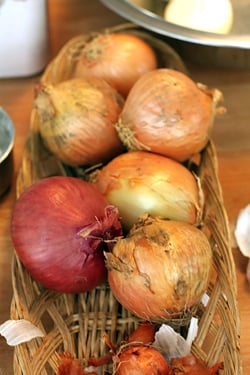 Technically, these kinds of sandwiches are called “grinders”, and if you call them something else, then you weren’t raised in Connecticut. You’re probably from one of the 49 other states that doesn’t call them grinders, but refers to them as submarine sandwiches (or subs), torpedo sandwiches, hero sandwiches, poor boys, or hoagies. (Which I now realize, since the shoe is on the other food, are all just to confuse the foreigners.) So let’s just call them meatball sandwiches, because who wants to argue over names where there are hot meatballs bobbing in tomato sauce, ready to be sandwiched between two pieces of crusty bread, then topped with melted cheese to eat? 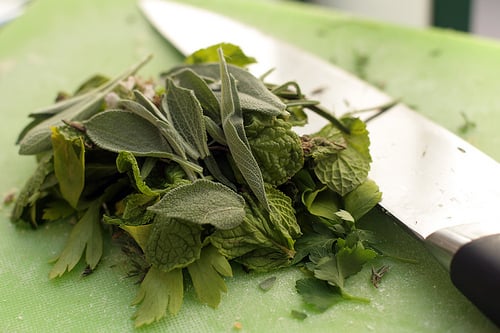 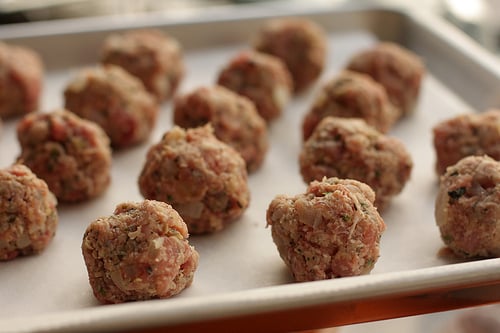 In the states, these grinders were often served at Italian-American spaghetti joints, that also often have spaghetti and meatballs on the menu as well. Interestingly, I’ve been told that in Italy they don’t eat meatballs in tomato sauce with pasta. Since I’ve not had the pleasure of seeing every corner of Italy, I can’t say for an absolute fact*. But it’s amusing Italian-Americans are serving them up right and left. 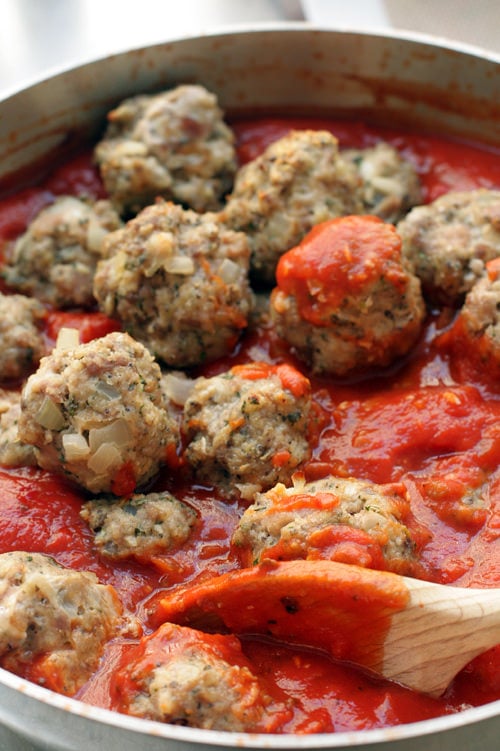 But from what I’ve seen personally with my own two eyes (and accompanying mouth) in Italy meatballs, or polpetti, are served on their own. Basta. In France, meatballs called boulettes and I’ve only seen them in Lebanese and Middle Eastern restaurants, and they’re invariably oversized meatballs that come as part of a plate of various appetizer. I’m not sure who was the first person to put meatballs and tomato sauce on a sandwich, but whoever it was, I thank them for an excellent idea. And they get no argument from me. 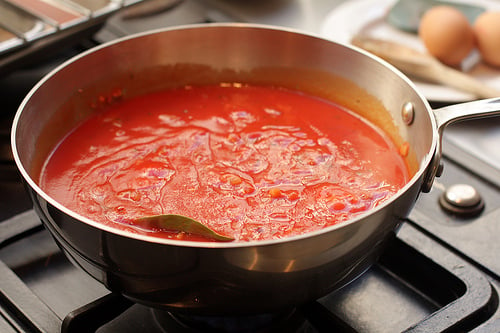 Speaking of tiffs, (which for non-English speakers who are kind enough to follow along here, is another word we use for “argument” or “row” or “fight” or squabble or “dispute” or…) I once got into a little row in a supermarket in Southern California, when I was teaching a class at a cooking school next door and needed anise seeds. The folks where I was teaching kept trying to give me fennel seeds, which they insisted were the same thing. Thankfully America is a melting pot culture and I headed straight to the meat counter, found someone who would know the answer for sure – an Italian-American butcher – and he quickly concurred, “Of course they’re not the same thing!” 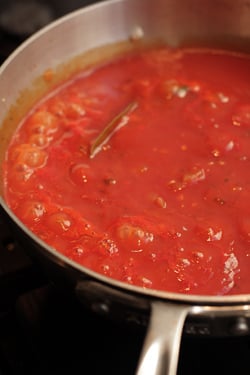 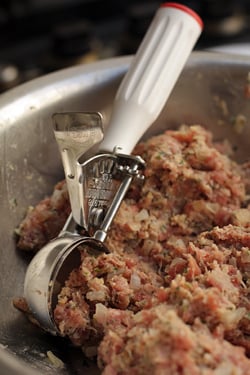 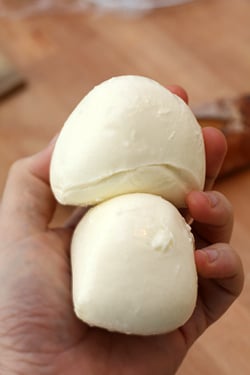 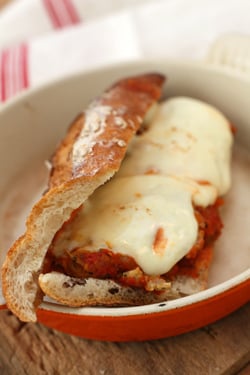 I was loosely inspired by the recipe in Tartine Bread, where meatballs sandwiches were sometimes the staff meal at their bakery. I futzed around with the recipe quite a bit and came up with what I’ve been digging into for lunch lately. This recipe makes kind of a lot of meatballs, but you can do as I did and freeze a portion of them in a zip-top bag or another container, and use them whenever the urge strikes for a meatball grinder. Or sub. Or hoagie. 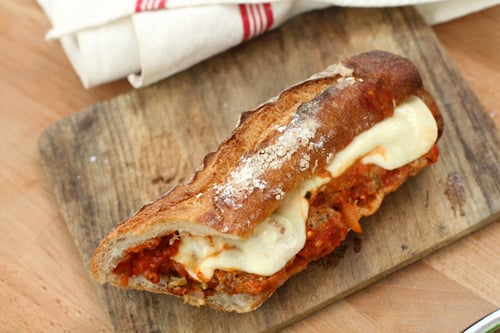 Inspired by a recipe in Tartine Bread (Chronicle) by Chad Robertson I used fresh herbs that I gathered from a recent trip to the countryside, which included sage, savory, and thyme. Conversely, you’ll notice that I used dried oregano in the tomato sauce, which I did for two reasons: One if that fresh oregano isn’t available easily here (I’ve only seen it for sale once), and two, dried oregano adds that unmistakable flavor of the meatball sandwiches that I fondly recall back in the states.
Servings 45 8 to 12 sandwiches

For the tomato sauce

*I’m sure that somewhere out there – yes, there is an obscure village high up in some mountain in Italy with a population of 47 people, where folks do eat meatballs in tomato sauce with pasta ; )