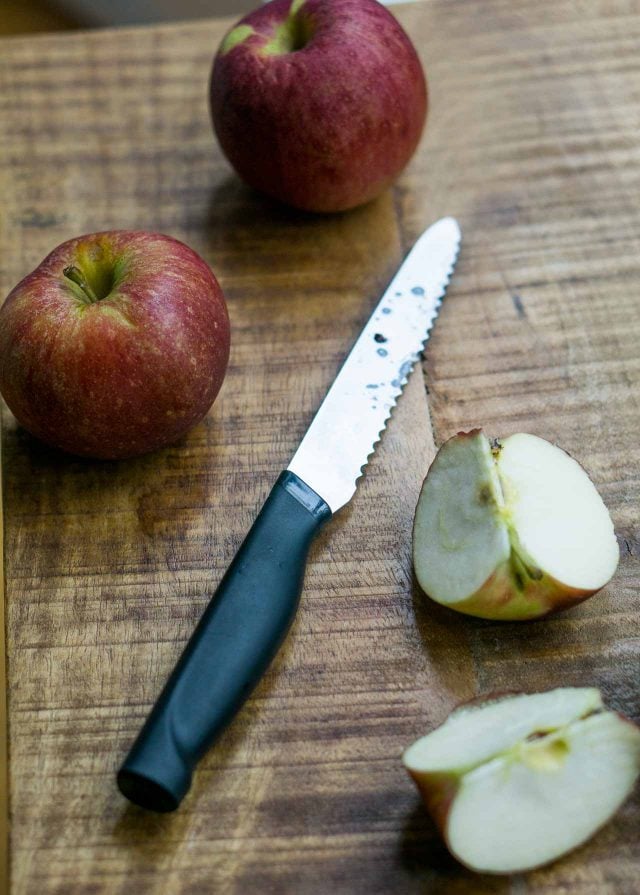 I first wrote this post back in 2007. Yes, I know some of you may not have even been born yet, but I was well into my life as cook and baker, and shared what was one of my favorite knives at the time. Due to search engines, however, your past is always going to be hovering close to the present. One of the nice things about having a blog is that you can change it. We don’t often get a chance to change the past, with two thousand and eight blog posts under my belt, I’m fortunate that I can change my pants (or posts) whenever I want. So it’s time to revise it. 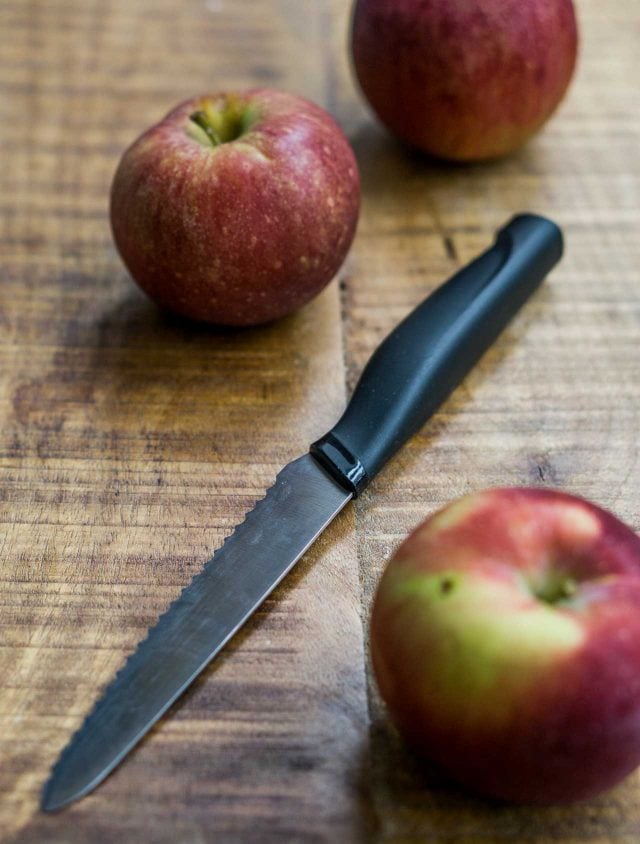 When I was a line cook, my favorite knife was not some fancy Japanese slicer that would allow you to cut a slice of apple so fine you could read the newspaper through it. When you’re working in a restaurant, you’re pretty much going full tilt as soon as you slip on your ugly, but comfortable work shoes (and believe me, I went through every kind of work shoe possible) in the pre-clog days (which I think may be over?) until the moment that all-important, post-work glass of wine hits your lips.

The three knives every cook needs, whether at home or at work, are a chef’s knife, a paring knife, and a bread knife. However every line cook (and home cook with a city-sized kitchen counter) knows that space is at a premium, and I added a small serrated knife to that trilogy collection. I loved that little knife, which cost me $7 at the time.

When the price of that knife went up, I discovered another knife, that was around the same price, which I used for everything, from slicing tomatoes to lopping off pieces from a baguette. Both knives seemingly disappeared from production and resisted my superior ability to find things online. (Which I’ve concluded is the only reason why people ask me to find information for them instead of searching for it themselves.)

So now it’s this little serrated number I’ve been reaching for, available as a Pro utility knife, or a standard model. It’s got it all; price, availability, and best of all, it’s sharp as heck. 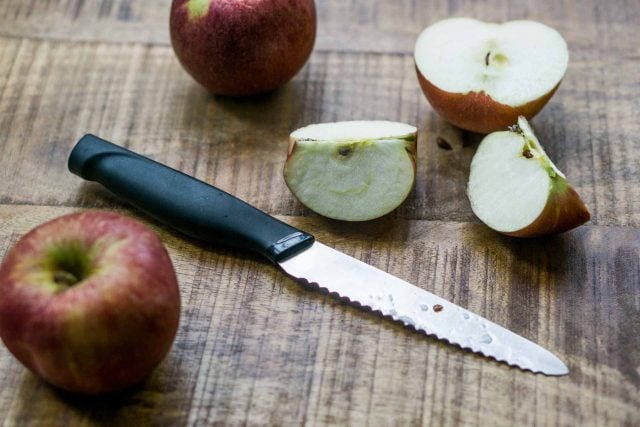 I’ve had one of these for a couple of years and it’s still as efficient as the day I bought it. I use mine for everything: slicing crusty ficelles, roly-poly cherry tomatoes, beets, and especially excels at citrus. It does most jobs with the greatest of ease and its small size also makes it fabulous for space- (and money-) challenged cooks. 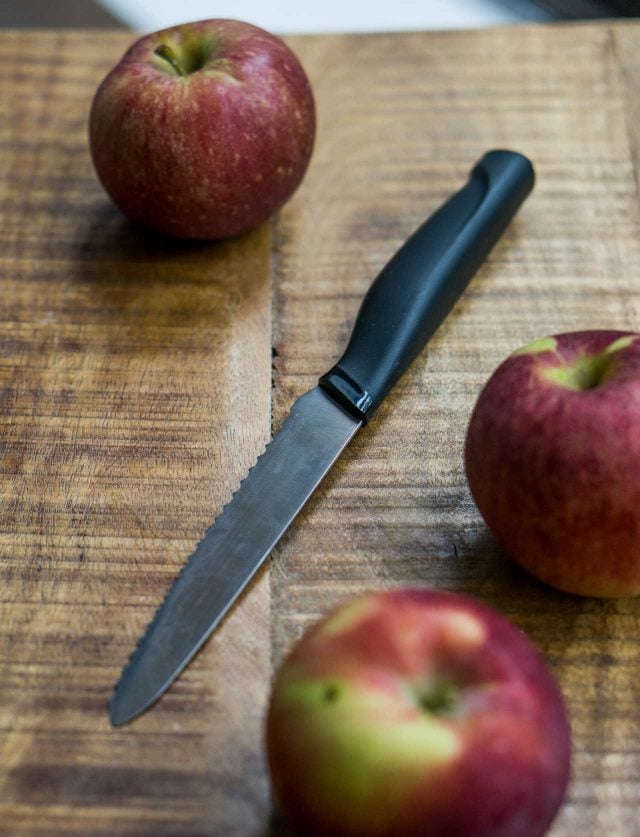 So I’m going to be using this for the next few years. In fact, I bought two, one with the fancier handle (called the pro model), and the regular model, which you can find online, although I found the regular ones being sold at a hardware store somewhere in New York City for only $5.99. So the best deals are not always online.

How to Take Care of Your Knives

Inside the KitchenAid Factory