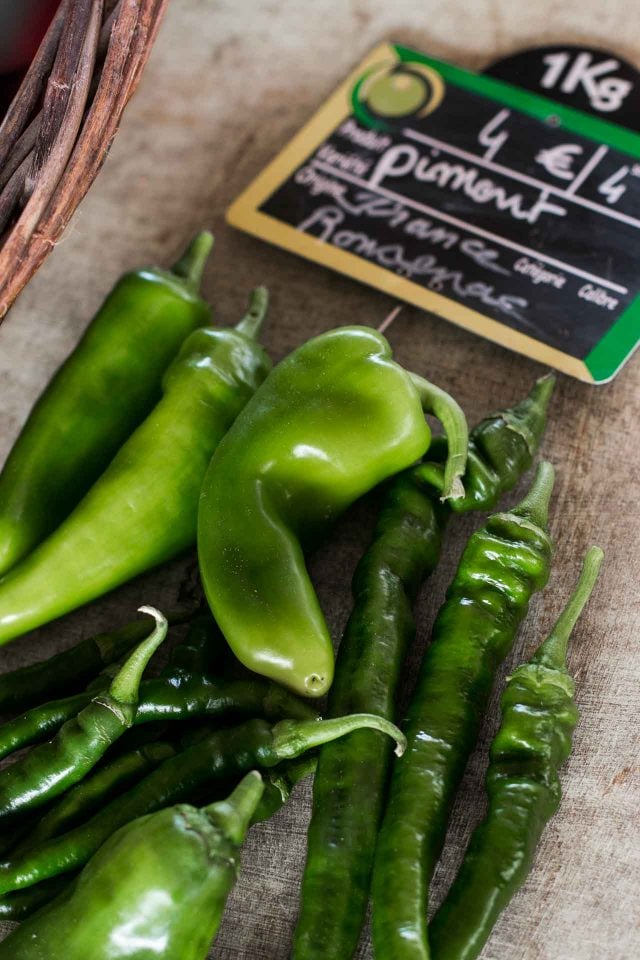 I’d say a good 20 to 30 percent of my refrigerator space is given over to pickles. I love anything pickled—onions, cabbage, cauliflower, zucchini, and chile peppers. If it’s pickle-able, you’re likely to find a jar of it buried away in the far, deep recesses of my refrigerator. In fact, all of the above (and more) are in there right now, marinating as we speak. Or as I type, I should say.

Unfortunately that doesn’t leave much room for anything else, which is something I have to live with. I suppose I could start canning them, but then I’d have to find somewhere to put all those jars. But there’s no way I’m giving up a single pair of the thirty-two sets of shoes in my closet, or a single space on my groaning cookbook shelf, to give way to a place to store them. 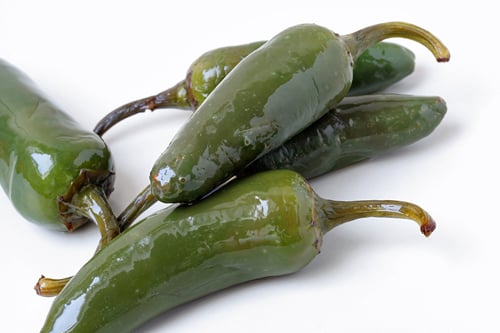 I think I’m almost at risk of turning into one of those people who die, and afterward, pictures of my apartment filled-to-the-brim with stuff, appear on websites and daytime talk shows, to the horror of readers from coast-to-coast.

As the camera scans, folks will be shocked to see everything from hundreds of pairs of orange socks (and Trippen shoes) to a closet-load of back-up oven handles to a stockpile of kimchi jars that would stun even the most jaded Korean grandmother. That’s my apartment, folks. You read it here first. 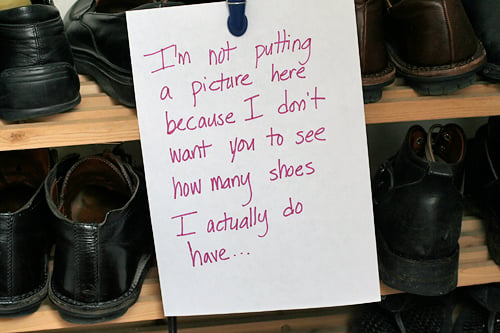 I don’t know where I got that “bunker” mentality. Perhaps from my own grandmother, who died and left behind a twenty-five year retrospective of plastic bags – meaning, basically, every plastic bag and twist tie that ever crossed her path. During her declining years, she finally got her house in Los Angeles air-conditioned, which she intimated cost a pretty-decent amount of money. Her last words about it to me were—“So you’re all gonna to get a little less when I’m gone. Well…too bad!“ 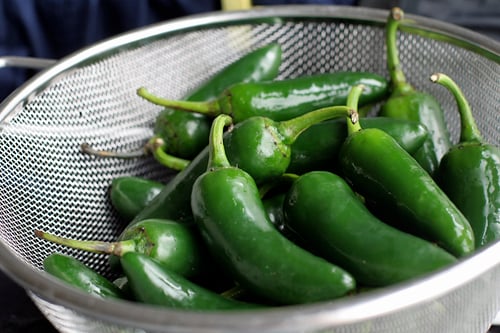 But another thing that I remember about my grandmother is that she did love to eat and she enjoyed pickles as much as I do. When I was in the states recently, I brought back a few pounds of jalapeño peppers. You can get chile peppers at the Arab markets in Paris, but there’s something irreplaceable about having jalapeño peppers on hand to chop up and add to a batch of guacamole or serve alongside carnitas. Other chiles just aren’t really the same. 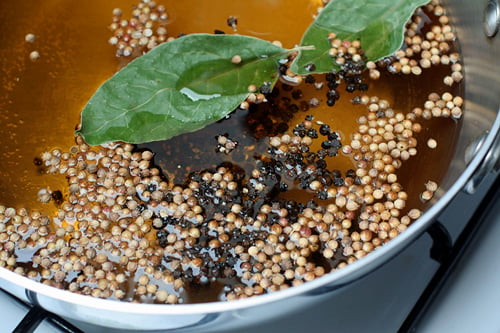 I was inspired by Michael Ruhlman’s pickled chilli recipe that was not only beautiful to behold (a worthy addition to my “collection”) but simple. I also liked reading his explanation of brining from his new book called Ratio: The Simple Codes Behind the Craft of Everyday Cooking, which breaks down all the kitchen basics into simple formulas, including brine, which you can adapt as you wish. 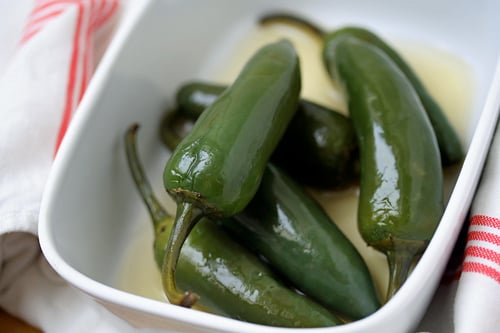 I’m adding it to my well-stocked cookbook bookshelf after it leaves my bedside table, as I love reading about the how’s and why’s of cooking and baking. Kinda like “normal” people make, say…fiction or biographies, their bedside reading.

Or keep their refrigerator stocked with things like milk, vegetables, eggs, and other necessities…instead of cramming it full of pickles. Which in my mind (and stomach) fits perfectly into that group.

Adapted from Michael Symon’s Live to Cook by Michael Symon and Michael Ruhlman Like Michael says in his book, you can use a brine for everything from roast chicken to green beans to curing your own homemade pastrami. Now that’s something that would make my grandmother proud.
1 pound (450g) fresh jalapeno peppers, washed (see Note)
2 1/2 cups (625ml) water
2 1/2 cups (625ml) vinegar (I used white distilled vinegar)
3 tablespoons sugar
3 tablespoons coarse salt, such as kosher
2 bay leaves
2 tablespoons whole coriander seeds
3 cloves garlic peeled
2 tablespoons black peppercorns
1. Stab each pepper three times with a sharp paring knife and place them in a large glass preserving jar.
2. In a non-reactive saucepan, bring the other ingredients to a boil, then reduce the heat and simmer for five minutes.
3. Remove from heat and pour the brine over the peppers. Place the lid on the jar and let cool. Once cool, refrigerate for at least a week before using, if possible. (You can use them sooner, but Michael says they’re worth the wait.)

Serve whole, with Mexican dishes, or remove the seeds then chop and use to season any recipe that is improved by a little bit of sweet heat. Storage: I’ve kept pickles like this for up to a few weeks, under refrigeration, without any problems. But like anything preserved, you should take precautions. If you wish to preserve them longer, you can use these canning instructions and guidelines. Note: You can use another chile pepper in place of the japeños.

Ratio: The Simple Codes Behind the Craft of Everyday Cooking (by Michael Ruhlman)