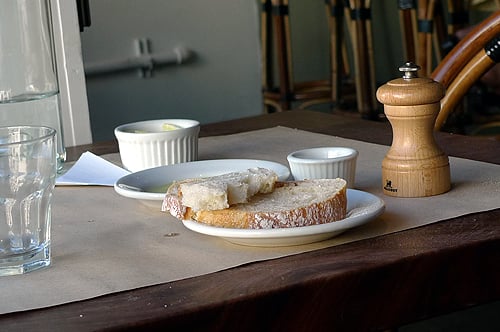 Just taking a breather here and thought I’d share some thoughts as I looked at my crazy Inbox this weekend. I switched to Gmail last year and things just keep moving down as they come in, until they turn the corner and head into the ‘older’ page (ie: Siberia). Where they get forgotten. So yesterday, I deleted a few messages. As in, a few hundred messages. I don’t even recall what many of them were about, or why I was saving them, but invariably a few likely got tossed that I probably should have answered. Drat.

There’s a concept I’ve been hearing about called declaring “bankruptcy”. It’s not about the global financial meltdown, but it’s about preventing another kind of meltdown by simply starting back again from zero, a blank slate. It’s an interesting idea and it’s nice to do a bit of spring cleaning now and then, even though spring is a few months away, unfortunately. (Although it did give me an excuse to buy a killer-stylin’ new overcoat for winter last Wednesday.)

We’re all so busy these days and folks who have blogs or who work online, like yours truly, get swamped. So I prefer to answer your questions in the comments of the blog, since I can keep it all rounded-up and focused there (I must’ve been a herding dog in my past life) and the comments often turn into an interesting discussion forum. So if you pose a question about a blog post or recipe on Twitter or Facebook, I’m not likely to answer it there just because I can’t keep track of all of them. (Often the question may have already been answered in the comments on the site, as well.)

I’ve been using Twitter quite a bit since it keeps me connected and I don’t have to click a million buttons to open, answer, and then delete. It’s just bing-bang. Due to the cavalcade of stuff that rolls in via Twitterific, which I use to manage my Twitterstream, if I don’t answer you, that doesn’t mean I don’t like you; it just means that I’m either unavailable, or am busy working and can’t. I try to see and read it all, but things just stream through like a conversation and sometimes I’ll jump in, and sometimes I won’t. Just like everyone else on Twitter. That’s just the nature of Twitter; it’s meant to be spontaneous. If you ask something and don’t get an answer, I’m working on a writing project, or The World’s Best Blog Post (or, more likely, reading FAILblog), so that’s why.

Similarly with Facebook. I’ve been posting links over on my Facebook page and there’s been some great discussions happening there. Often it’s topics that fall outside of the blog; perhaps they are political or celebrity scandals, freaky stuff or whatever. I jump in there as well and like reading the conversations that develop.

So I’ve been looking into ways to simply my workflow and am interested in hearing any of yours. A few are below, including one person who quit e-mail once and for all. Yikes.

How and Why I Ditched My Inbox (Zen Habits)

Let Me Google That For You

So Long, and Thanks for All the Fish (Lifehacker)

The Anti-Social World of Social Media (The Punch)

How to Get Started on Twitter (Food Blog Alliance)