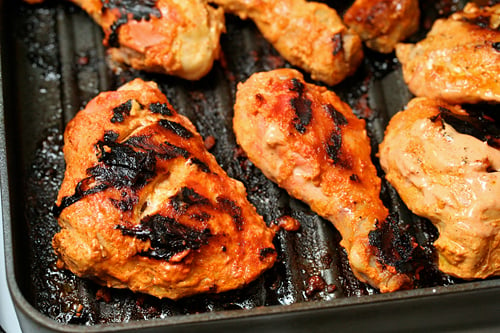 Not to simplify some of the world’s great and highly-nuanced cuisines, but much of their flavors can be accomplished at home by just stocking your pantry with a few of the essential ingredients. The first time I made a tagine, I’d never mixed spices together like cumin, turmeric, cinnamon, and saffron in one dish. But what came out of my oven about an hour later reminded me exactly of the ubiquitous tagines served in Morocco that I’d had. After all, a tagine is basically just a simple braise; it’s the handful of fragrant spices that give it the flavor of the Kasbah.

There’s a lot to be said for authenticity. And for those who want to be absolutely authentic, next time you’re going to make a pie, begin by harvesting and grinding the wheat yourself. 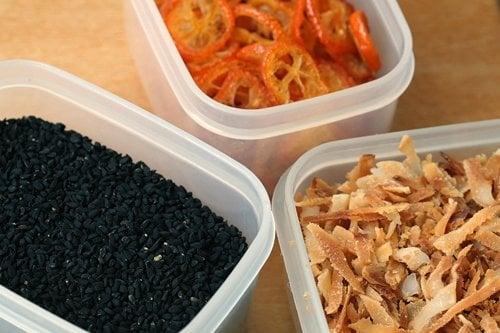 I don’t know much about Indian food, and was never much of a fan. For the most part, so much of it was too soupy and saucy for me. I just don’t like food swimming in lots of liquid.

I’m a dry and crisp-fried kinda guy. And I also can’t shake the stale, musty smell of that rusty tin of curry powder that my grandmother kept in her pantry for eternity, refusing to chuck it, ostensibly left over from some recipe in some women’s magazine during the 60’s that probably called for 1/16th of a teaspoon of the stuff. 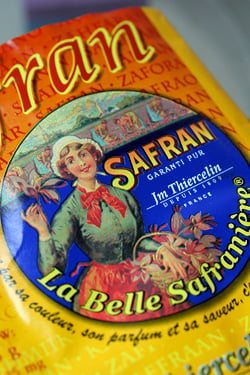 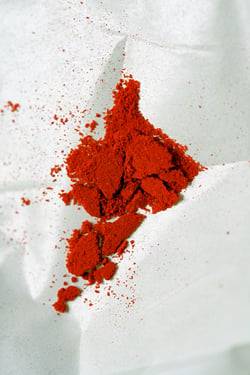 But I’m all grown up now and these days, in Paris, behind the gare du Nord, there are a bunch of Indian restaurants and markets that I’ve started to explore. (A favorite is the enormous VT Cash & Carry, 11-15 rue de Cail.) And I’ve been sampling some of the various Indian and Sri Lankan places scattered about, too. Not all of them are sumptuous, but the markets are fun to poke around in and some of the vegetables are wildly exotic and fun to figure out what they’re for. The only downside is that I always come home loaded up with much more than I planned for because so many of the spices, fruits, and grains are just so beautiful and curious to me that I can’t resist. 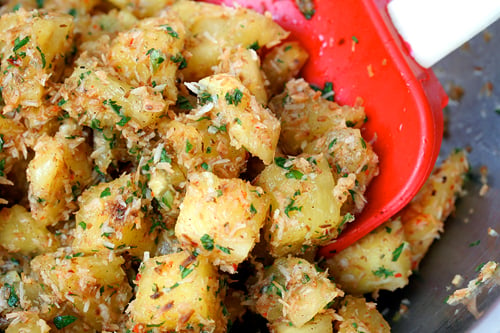 I thought for my first Indian cooking venture at home, I’d tackle Tandoori Chicken. As mentioned, many of the cuisines that are foreign to us become far more understandable when you go shop for the ingredients. In the case of Indian food, much of it is about the spices.

I had some trepidation, but Medini on Twitter assured me to just “…follow the smell and the sizzle…” and to use my instincts. That, coupled with my first transgression (namely not having a tandoori oven), I felt freed from worrying about how authentic my Tandoori Chicken was going to taste.

Plus I loved walking around my apartment saying words like aloo, nimki, and barfi, a word which quickly brings up the humor of the pre-adolescent male still lurking inside me. 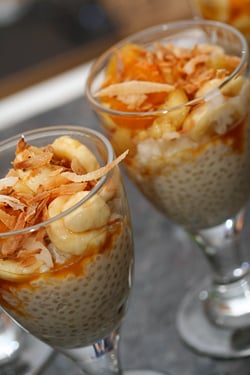 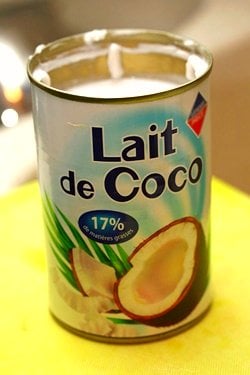 The smell of fresh spices wafting from the grill is quite lovely and if you’re still using those tins of dead cinnamon powder or insipid paprika that you took from your grandmother’s pantry after she passed away, which still have the original 29 cent purple-inked price tag still stamped on them, you have my permission to buy some new ones.

My Tandoori Chicken came out great, simply griddled on the stove top with a grill pan. If you’re lucky enough to have a barbecue, you can take that route. And invite me.

This is one of those great do-ahead recipes. Marinate the chicken the day before you cook it, and once cooked, the pieces are good hot or cold. One of the things that endeared me to Indian cuisine was that it’s about contrasts: something hot goes with something cooling, if it’s spicy, it’s mixed with something fruity. I love it! So I make a cucumber raita with salted and drained cucumber cubes, Greek-style yogurt, lots (and I mean, lots…) of chopped garlic, fresh lime juice, and a big handful of chopped mint. After making it, I think raita is now my favorite thing in the world. I also mixed up diced pineapple with hot chile flakes, mint, lime juice, and toasted coconut for a quick, chutney-like accompaniment. Some folks add garam masala, which I’ve added to my shopping list for next time. Because I had a bit of red food coloring leftover from my ketchup macarons, I cautiously added 1/4 teaspoon to the marinade, since at the tandoori chicken places I go to, the chicken is always a vibrant red. I shortly thereafter learned that tandoori coloring is sold in Indian markets, and it’s something I might try next time, just for fun.
1/8 teaspoon saffron powder or 1/4 teaspoon saffron threads (see Note)
1 tablespoon boiling water
4 skinless chicken thighs
4 skinless chicken legs
3/4 teaspoon coarse salt
1 teaspoon ground cumin
1 teaspoon ground coriander
1 teaspoon ground cinnamon
1/2 teaspoon paprika (I used pimento d'Espelette)
1/2 teaspoon turmeric
1 to 1 1/2 teaspoons chilli powder depending on how hot you want it
10 turns fresh ground black pepper
1 cup whole milk plain yogurt
juice of one fresh lime
1 tablespoon finely-minced fresh ginger
2 cloves garlic peeled and finely minced
1. Soak the saffron in the boiling water for five minutes. Meanwhile, with a sharp knife, score the chicken flesh deeply, each piece slashed three times. Put in a large zip-top freezer bag.
2. Add all the remaining ingredients to the bag, including the saffron (and the water) and express out most of the air, then seal the top. Massage the bag to mix the ingredients and coat the chicken pieces.
3. Refrigerate the chicken overnight.
4. Remove the chicken pieces from the marinade and fry the pieces with the thick marinade clinging to them, in a hot oiled grill pan until dark on one side. Flip and fry until darkened on the other side.
5. Slip a knife in the meat and make sure the chicken is cooked through. If not, add a bit of water to the pan to loosen any caramelized bits, and place in a 350F (180C) oven for about 10 minutes, or until cooked through.

(The dessert shown is Coconut Tapioca Pudding, from Room For Dessert.)

Note: I was fortunate that the folks at Goumanyat gave me a nice packet of saffron powder to try out last time I was in there and when I opened the packet, the smell of saffron really knocked me for a loop. Since saffron can be pricey or may not be easily available where you live, feel free to leave it out.

*Fyi: I do draw the line at sandwiches made on croissants, bagels made with dried fruit, and canned corn on Caesar Salads.