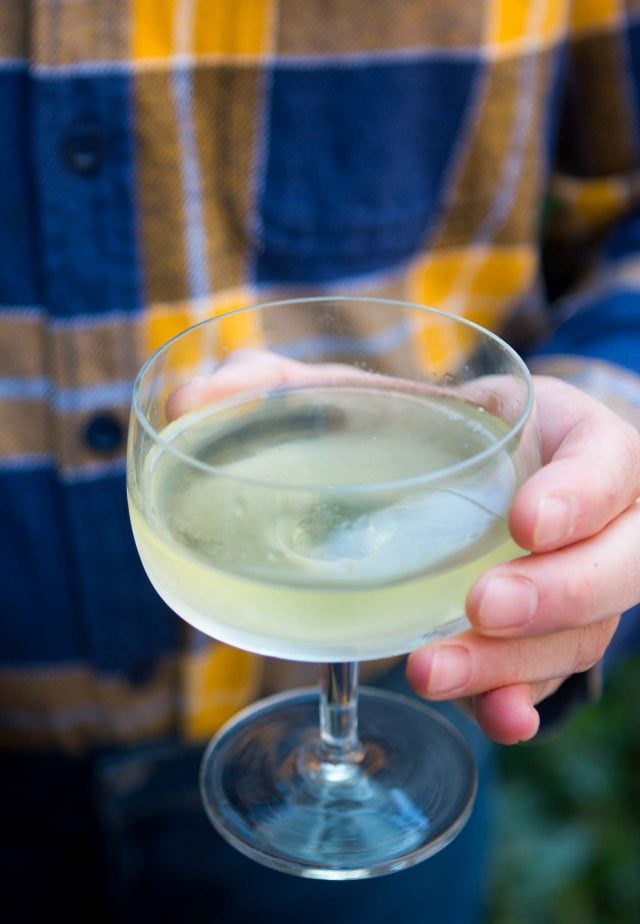 Because Chartreuse is one of the few liqueurs that evolves in the bottle, whether it’s been open or not, the monks starting putting the year of bottling on the back label. (Some say the yellow evolves more elegantly than the green, which a friend who is a Chartreuse expert told me becomes “angrier” as it ages.) One recent change was that they upped the alcohol percentage from 40% back up to 43%, it’s original strength, as part of their return to their traditional roots. 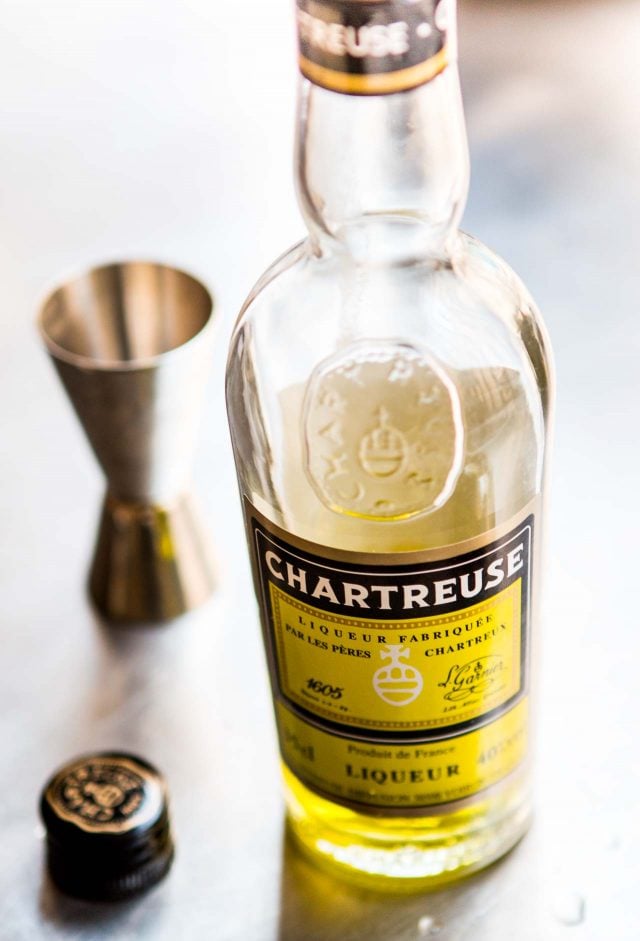 I figured it was likely a nod to people using it more in cocktails these days, rather than as a little nip after dinner. But I like it either way! 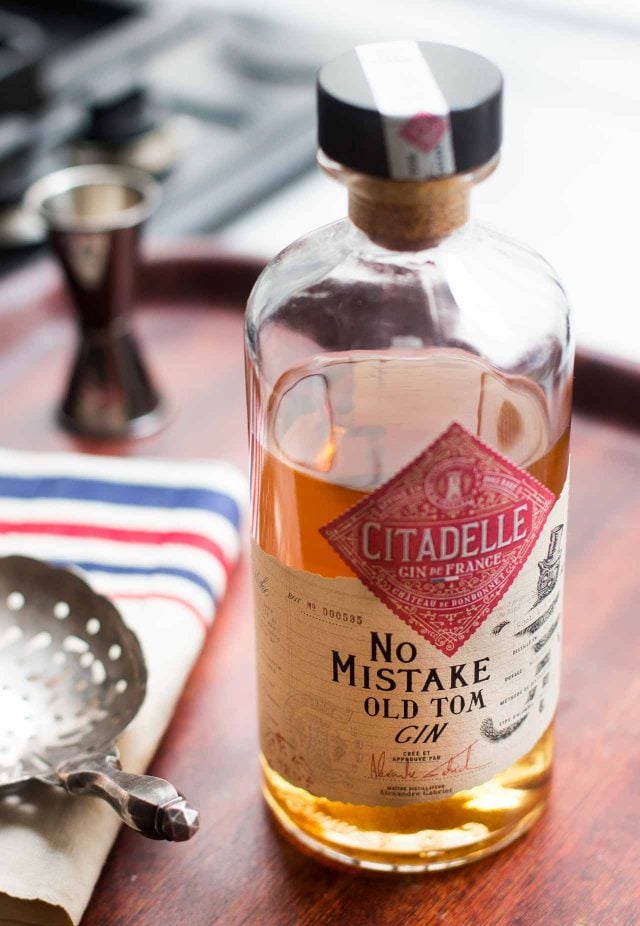 The original recipe is made with Old Tom gin, a slightly sweeter style of gin that's often amber-colored. This cocktail is very good with Old Tom gin, but if that's not something you have on hand, or want to get, the recipe works with any other type of gin, including London Dry. If you do get a bottle, you'll find yourself using it to make this drink over and over again, as I do! Some like to add an orange or lemon twist. If you do, hold it skin side down over the glass and squeeze it to express some of the citrus oils over the surface of the drink before dropping it in the glass.
Servings 1 cocktail
Pin216
Share294
Tweet
510 Shares