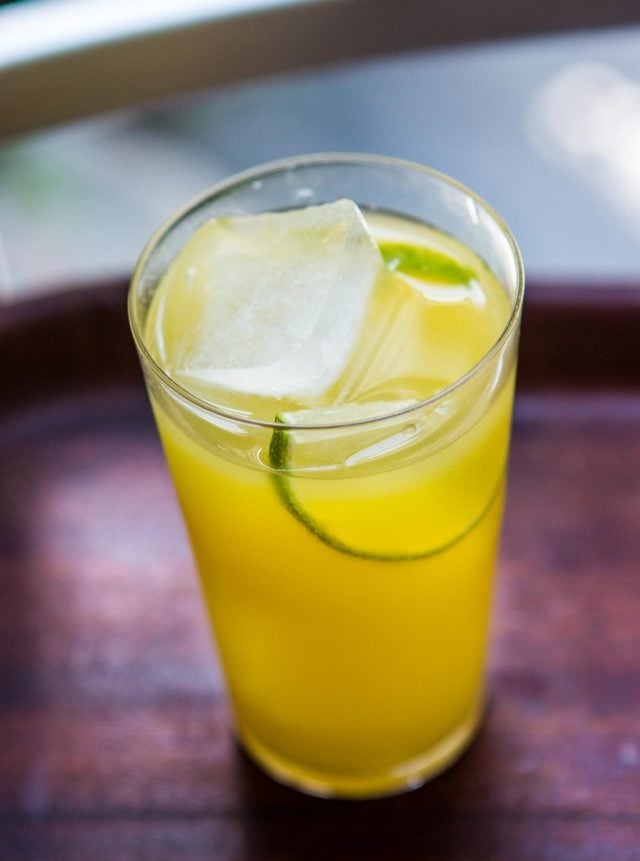 Some of the most fun I had writing Drinking French was looking at vintage ads for French spirits and apéritifs. I went down a lot of rabbit holes as one led me to another, then another, and then another. On particularly creative ad was for Suze, which showed a gentian root (the primary ingredient in the apéritif) playing the bottle opener like a guitar. Whatever mind came up with that one was brilliant. 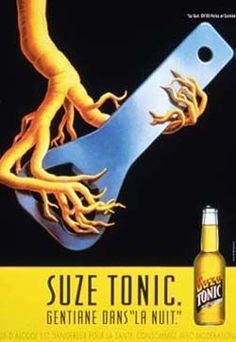 When I had Tim Master on my IG Live, talking about Chartreuse, one drink he mentioned making was the Swampwater. I was a little young when some of the following ads came out, but I vaguely remember the name, Swampwater. 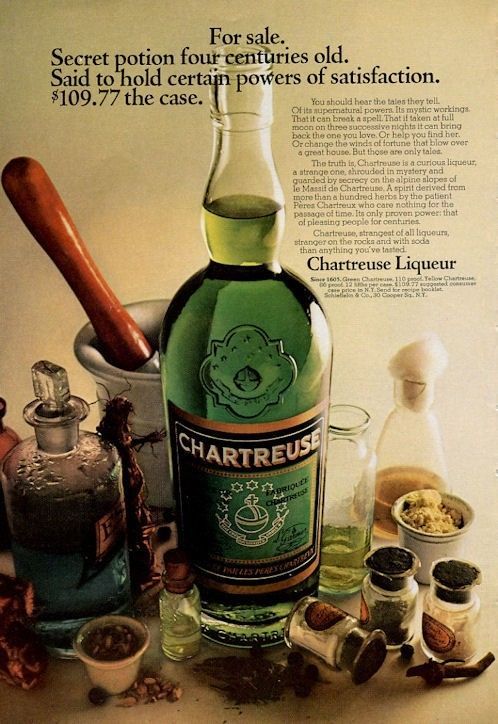 Swampwater came out around the time of Harvey Wallbangers, Rusty Nails, Stingers, and Slow Comfortable Screws. Chartreuse was also having a bit of a hey-day. The mystery of the monks brewing it up in the French alps was played up, but I doubt that these days, you could sell something by using the line, “…stranger of all liqueurs, stranger on the rocks with soda than anything you’ve tasted.”

I love the stuff, but that wouldn’t make me want to try it. But people did. 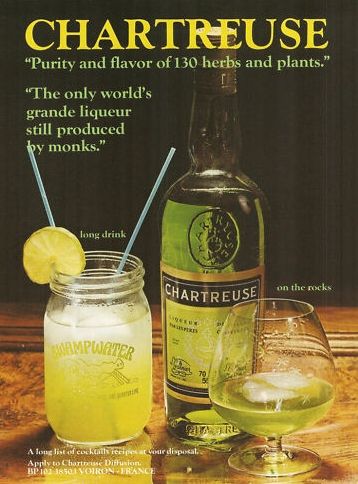 Back in those days, it looks like people had fun. There weren’t so many rules about who could make what, what you had to use in a drink (or dish), and if you had to worry about being given a hard time for doing so. And before Brooklynites came along and put drinks in Mason jars, the nearly 400-year-old company was already showing everyone how to do it, taking the seriousness down yet another notch.

Not only did the ads give recipes for making one drink (or a whole gallon!), but also advised on how to ask a bartender to make you one. “If he asks you what the &%$# it is, tell him.” Nowadays they’d probably use the f-word. 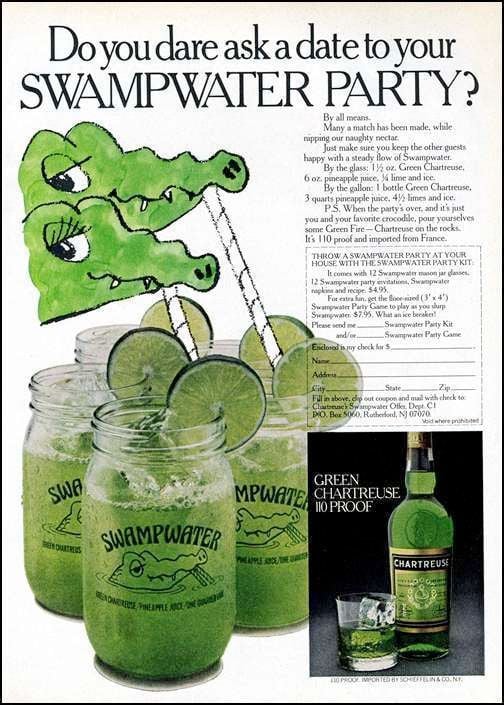 Chartreuse is enjoying a revival of sorts, in cocktails like The Last Word, the Alaska, the Chartreuse Slushy, and the Naked and Famous. (If you have Drinking French, The Yellow Cocktail on page 202 is a favorite.) While the first two could be considered “serious” cocktails, the last two are definitely shaken or stirred, or iced, while one’s tongue is planted in their cheek. While Chartreuse ain’t cheap (don’t you wish you stocked up on it when it was $109.77 a case, as shown above?) it’s still great in a drink, smooth or swampy. 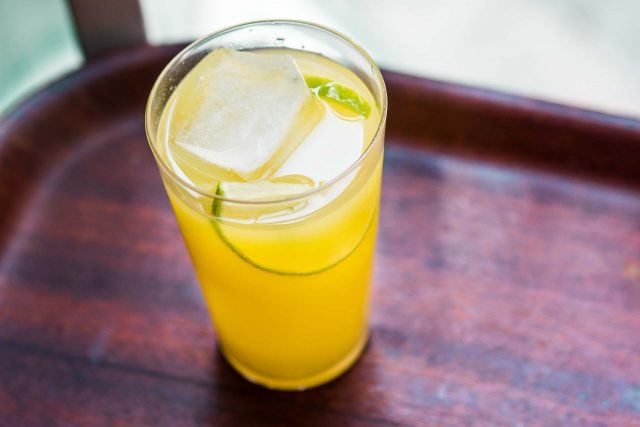 The original recipe calls for 6 ounces of pineapple juice but I prefer a little less, 5 ounces. Feel free to adjust the amount to your taste.
1 1/2 ounces green Chartreuse
5 (or 6) ounces unsweetened pineapple juice
1/4 ounce freshly squeezed lime juice
wedge or wheel of fresh lime
1. Stir together the Chartreuse, pineapple juice, and lime juice in a Collins glass or tumbler.
2. Add ice and garnish with lime wedge or wheel. 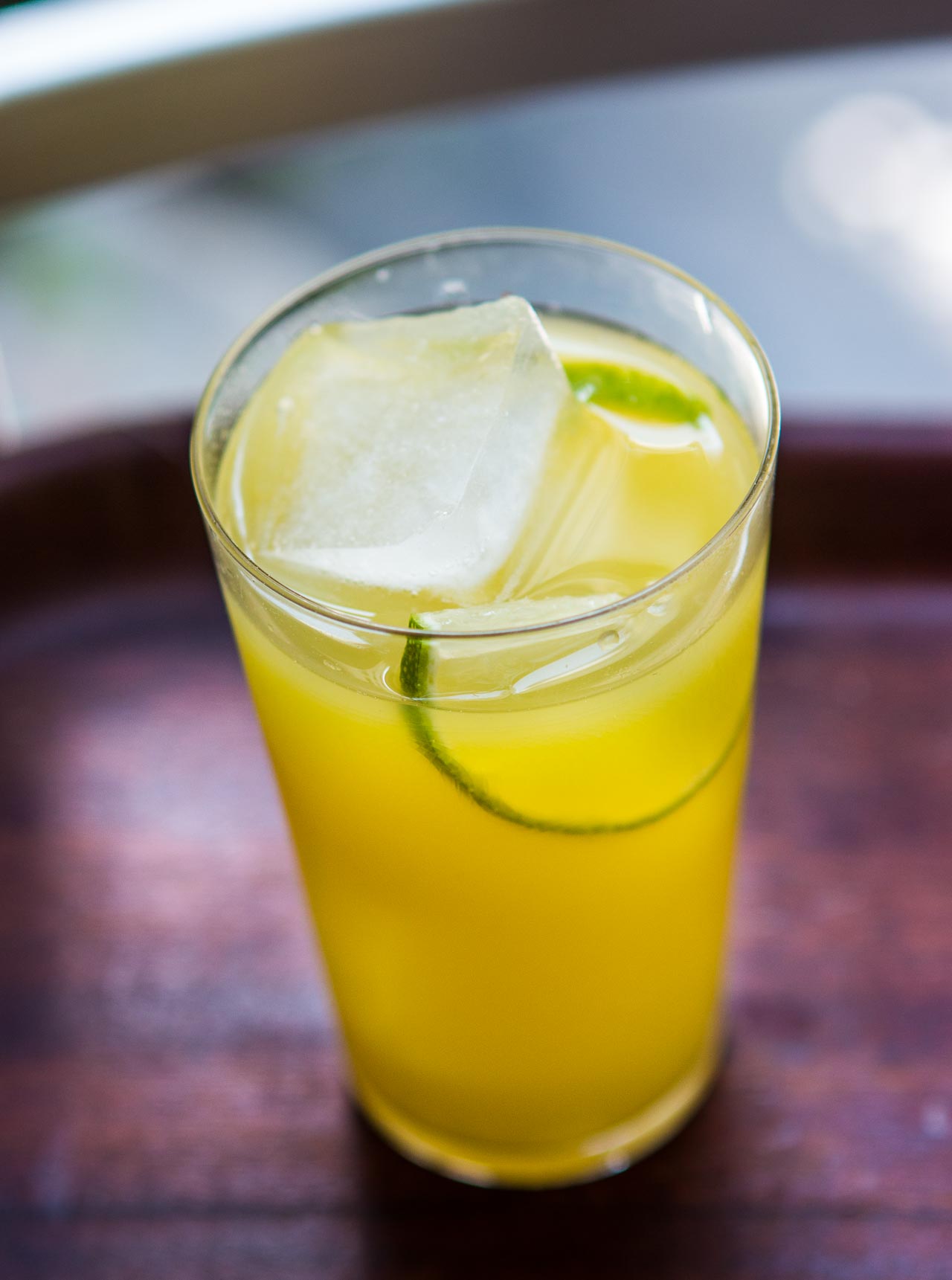