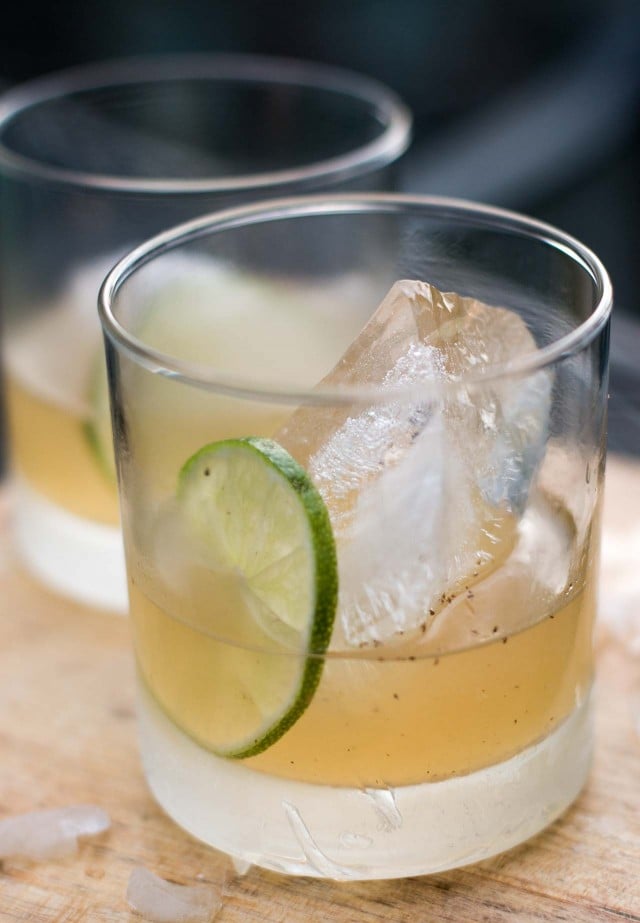 I fell in love with sherry the first time I went to Spain, but it’s something that slips my mind when I’m looking for something in the drink department. And Sherry, by Talia Baiocchi hoped to change that for me, and for lots of other people with her book, which has the best subtitle ever: “The wine world’s best-kept secret.” At that sums up a lot about how people see sherry.

People know about sherry, but tend to think of it as something you cook with, from a jug-like bottle, from California or elsewhere. And while there are sweet and dry sherries, in general, as Talia notes, “Sherries are some of the driest wines in the world.” Sherry is not only the wine world’s best-kept secret, but it’s one of the world’s best wines. 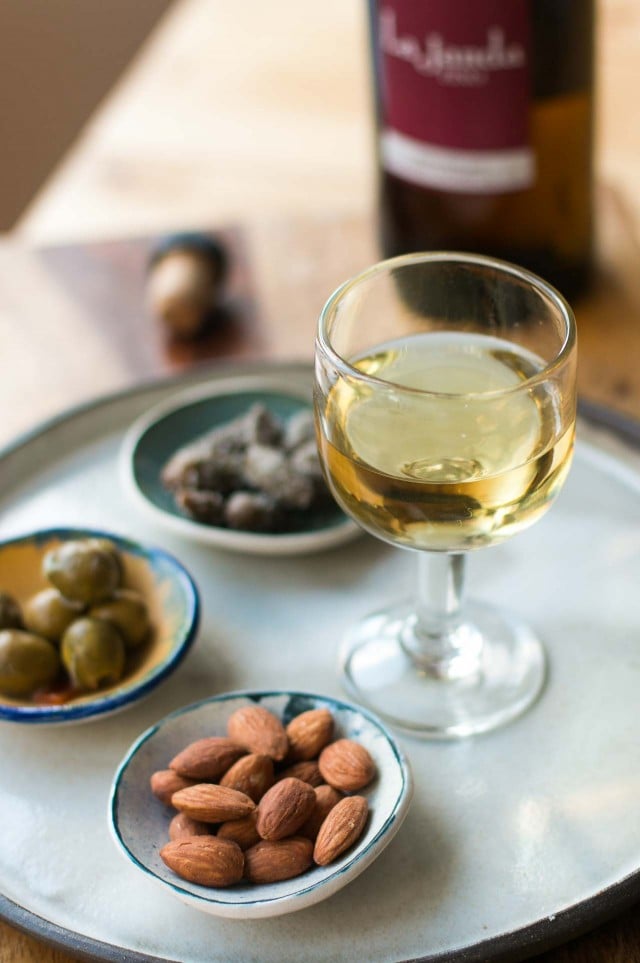 It’s hard to understand the appeal of sherry until you go to Spain, where it’s consumed with tapas at bars. I love sherry and it’s not something that’s common to find in France nor have I ever seen it served. Interestingly, the French drink port. But as a before-dinner drink, rather than after. Sherry vinegar is popular and widely available (and great for salads), although finding sherry isn’t easy. So I’d like to raise a glass (or two) to making sherry more popular worldwide.

Sherry is a fortified wine, made from blending older sherries with newer ones. Unlike other wines, sherry is aged in casks in bodegas, which are above-ground. A layer of flor (yeast) naturally grows on the surface, which contributes flavors and nuances to almost all kinds of sherries. In order to be called sherry, it must be from Spain. I did a little reading and sherries made elsewhere, including California, can’t legally be exported to Europe, as the name is protected. 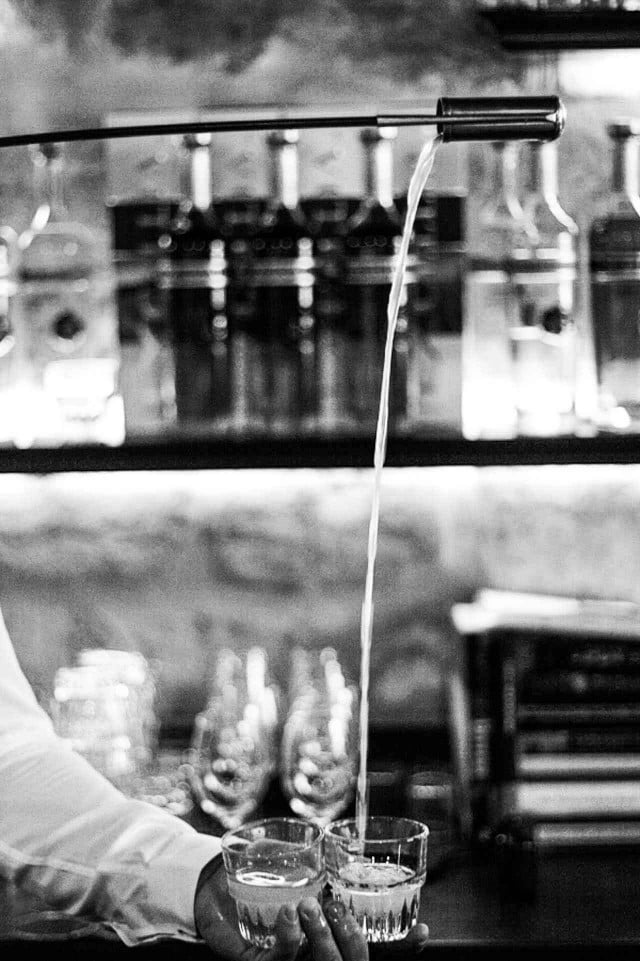 Sherry makes a seductive addition to cocktails because it adds an umami-like depth of flavor to them. The earthy, oaky notes goes really well with spirits, such as whiskey, bourbon, mezcal, and even gin.

But I also like to drink sherry as it is, a custom that’s particularly wonderful to do if you get a chance to visit Spain, where it’s often served right from the casks. A long cylindrical “scooper” is dipped into the sherry cask and the venenciador swings it up and pours it into a glass, sometimes without even looking!

Note that they make look easier than it is. I tried to swipe a glass of sherry from a cask at my host’s place in Spain when they weren’t around and made a mess all over the outside of the barrel trying to pour the sherry into my glass with that little cylinder. I can’t imagine doing it from any sort of distance.

In Sherry, Talia offers up this recipe for the New Spain, which may very well become my cocktail for the summer. The Rosemary Gimlet was my cocktail for the winter, mostly because Romain kept insisting that I make them again and again. But I think it’s time to shake things up a little around here. 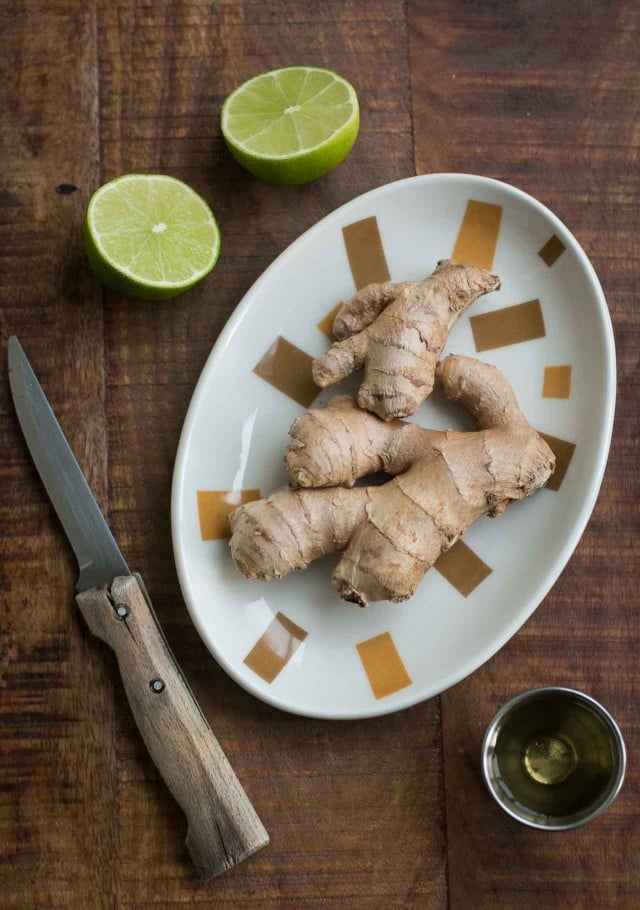 Talia gave me a super tip for making big, chunky ice cubes, the sort of fancy kind that don’t melt fast in your drink, and water it down. (Although I tend to drink fast, faster than ice melts.) You can buy ice cube trays to make those large cubes, but you can also freeze water in a loaf pan then remove it from the pan, envelop it in a clean kitchen towel, and whack it with a rolling pin. Open the towel and you’ll have big chunks of ice to use in your cocktails. Nifty, huh? She did say scoring it first would make them break into cubes, but I didn’t mind the iceberg-like floaters in my New Spain cocktails. 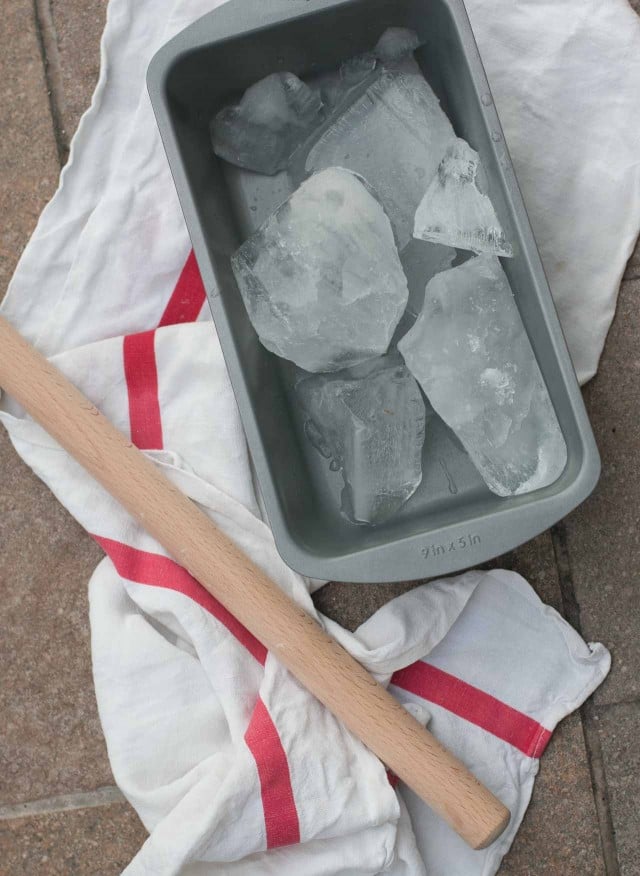 I recently got a copy of Talia’s newest book, Spritz: Italy’s Most Iconic Aperitivo, written with co-author Leslie Pariseau (Talia is also the editor for Punch, an award-winning website about cocktails and spirits that I recently wrote an article for), and I was wowed by a few of the spritz’s that I sampled from it. Like sherry, she’s on a mission to give the spritz a little more pr, too.

I’ll have to admit that I’m a bad blogger, and not in danger of winning any awards, because I didn’t get a nice shot of the cocktail glasses when they were frosty cold, and full of New Spains. Why not? Because we were too busy drinking them. However I guarantee that if you mix yourself up a few, you’ll have a hard time sitting back and admiring them, too. 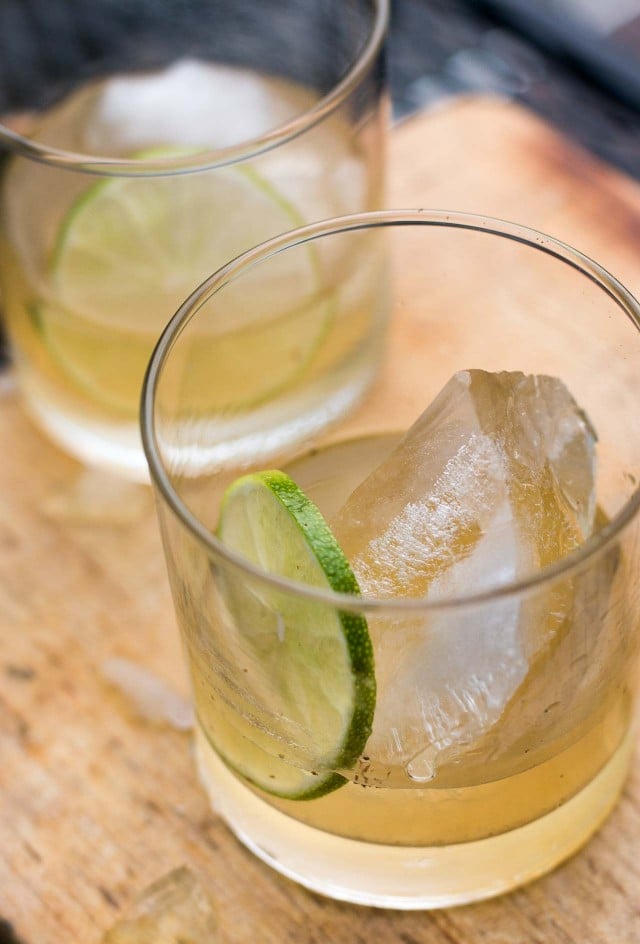 Adapted from Sherry: The Wine World’s Best-Kept Secret (Ten Speed Press) by Talia Baiocchi I’ve been enjoying stirring and shaking up some of the cocktails in this book, which also tells the history of sherry, how its made, why it’s so special, and explains the differences between the various types of sherry, from Fino to Moscatel. There are also some recipes for nibbles to go with sherry, to help you polish off the rest of the bottle : ) For this cocktail, Talia recommends an amontillado sherry, but any dry sherry would work fine.
One 1/2-inch (1cm) thick slice of fresh ginger, peeled
1/2 ounce agave nectar
3/4 ounce fresh squeezed lime juice
2 ounces dry sherry
1 ounce best-quality mezcal such as Del Maguey Vida
One slice of lime and nutmeg, for garnish
1. Put the ginger, agave nectar, and lime juice in a cocktail shaker and muddle them together.
2. Add the sherry and mezcal and fill the shaker halfway with ice. Shake for 20 seconds.
3. Strain into an old-fashioned or on-the-rocks glass. Add a wheel of lime and grate a small dusting of nutmeg over the top.