Menu
« Why They Call It pain
Pimping for Prizes » 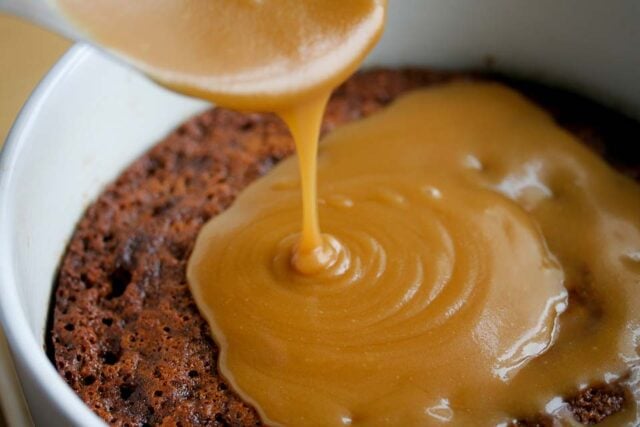 In my high school locker room, when the jocks congregated after winning a big game, they’d all jump around, yelling the word, “Sah-weet! Sah-weet!“ adding a big, tight, thumbs-up for emphasis, while jumping all over each other celebrating their victory.

While not as exciting as a group of sweaty, nearly-naked high school athletes jumping all over each other, I don’t know about you, but what turns me on these days is Sticky Toffee Pudding. 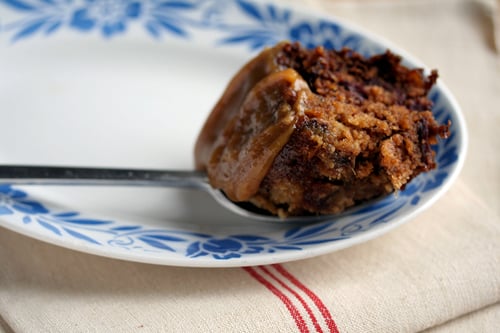 This recipe is from Mani Niall’s book Sweet!, which features various sweeteners in all their guises. From sprinkles of dark brown sugar, to swirls of agave nectar and viscous golden syrup, this book celebrates all things sweet.

(Mani is an old friend of mine from my San Francisco days, and if you’re interested in some tales of the city that are probably better off left unsaid, there was one night of excess where I single-handedly stopped a cable car in Chinatown, and later that evening was whipped by a clown at Fisherman’s Wharf. Which, I’m sure, gave the tourists from the Midwest some colorful stories to tell their friends at home. I was encouraged by some to share more of those sordid stories here, but after telling you about the high school jocks, I don’t want to get you too worked up…) 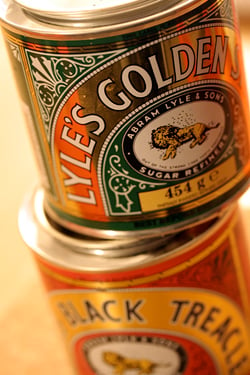 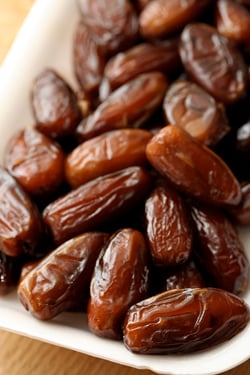 One of things people often complain about “natural” foods is that they’re too expensive. Yes, this bag of unrefined cane sugar, called açúcar mascavo organico that I used to make this dessert, cost me around €3 at the Salon del Gusto I went to a few months back. It’s about twice what a similar-sized bag of refined white sugar would have set me back. But it has so much flavor, that even at three or four times the price, it’s still a great value. So don’t feel so guilty about occasionally going au naturel if you want. 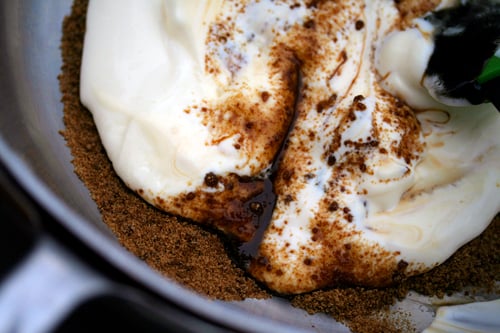 Sticky Toffee Pudding demands to be served warm. I mean, think about it: soft dates, gobs of toffee, and buttery cake. If you’re going to eat a cake smothered in creamy, sugary toffee sauce, if you don’t eat it warm, you’re missing out on of one life’s great pleasures. Thankfully, Mani offers two ways to make this. The instructions below are for those seeking immediate gratification, and the notes after the recipe offer a do-ahead alternative, for those seeking delayed gratification.

I’ve been meaning to make Sticky Toffee Pudding for years now, almost since my high school days, which are, unfortunately, a little too far behind me. So although I’m fully-clothed, and not fraternizing with strapping young high school jocks anymore, I’m jumping around my kitchen, yelling “Sweet!” anyways. 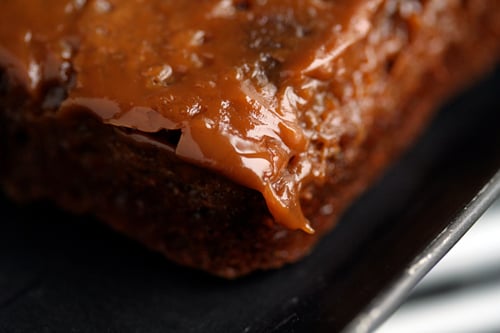 Adapted from Sweet! (Da Capo) by Mani Niall Because I like the play of sweet and spicy, I added a handful of chopped candied ginger to the recipe. You can use Golden Syrup, which is one of the best sweeteners ever. I also made a batch with treacle from England, which is similar to molasses, and it was excellent, too. Like my high school locker room, things got a little out of hand here, and I ended up making Sticky Toffee Pudding twice this week, the second time in my Baker’s Edge pan. If using one, bake the pudding for 35 to 40 minutes.
For the toffee sauce
2 cups (500ml) heavy cream
1/2 cup (90g) demerara or muscovado sugar, or another dark brown sugar
2 1/2 tablespoons golden syrup or molasses
pinch of salt
For the pudding
6 ounces (180g) pitted dates, snipped or chopped
1 cup (250ml) water
1 teaspoon baking soda
optional: 1/3 cup (40g) candied ginger, chopped
1 1/4 cups (175g) flour
1 teaspoon baking powder
1/2 teaspoon fine sea salt
4 tablespoons (55g) unsalted butter
3/4 cup (150g) granulated sugar
2 large eggs, at room temperature
1 teaspoon vanilla extract
1. Preheat the oven to 350F (190C) and butter an 8 1/2-inch (24cm) porcelain soufflé dish (or similar-sized baking dish.)
2. Make the toffee sauce by bringing the cream, demerara or turbinado sugar, golden syrup (or molasses) and salt to a boil in a medium saucepan, stirring often to melt the sugar.
3. Lower heat and simmer, stirring constantly for about 5 minutes, until the mixture is thick and coats the spoon. Pour half the sauce into the prepared soufflé dish and place the dish in the freezer, and reserve the other half for serving.
4. To make the pudding, in a medium saucepan, heat the dates and water. Once the water begins to boil, remove from heat and stir in the baking soda. Add the ginger, if using, then set aside, but keep it slightly warm.
5. In a small bowl, sift together the flour, baking powder, and salt.
6. In the bowl of a standing electric mixer, or by hand, beat the butter and granulated sugar until light and fluffy. Gradually beat in the eggs, then the vanilla. (Don’t be alarmed if the mixture looks a bit curdled.)
7. Stir in half of the flour mixture, then the date mixture, then add the remaining flour mixture until just mixed. Don’t overbeat the batter.
8. Remove the soufflé dish from the freezer and scrape the batter into the soufflé dish and bake for 50 minutes, or until a toothpick inserted into the center comes out with moist crumbs attached.
9. Remove the pudding from the oven, and let cool slightly before serving.

Serving: Spoon portions of the cake into serving bowls and douse with additional warm toffee sauce. Whipped cream or vanilla ice cream are good accompaniments, although I enjoy it just as it is.

Note: To make the pudding in advance, bake the cake without the toffee in the bottom. Let cool, then cover until close to serving time. Poke the cake about fifteen times with a chopstick. Distribute half of the sauce over the top, as shown in the photo, cover with foil, then re-warm in a 300F (150C) oven, for 30 minutes.

Some of my other favorite baking books of the year.