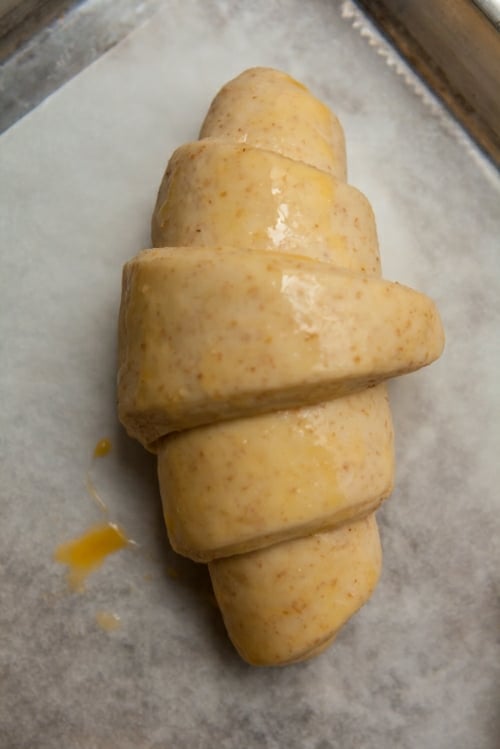 Although there’s some dispute as to where the croissant was invented, it’s become an iconic symbol of Paris. Or at least of Paris bakeries. The most popular story claims that croissants were invented in Austria, during (or after) a period of conflict with Turkey in the 1600s, whose symbol is a crescent. And people were happy to bite into, and chew, a pastry representing their nemesis. 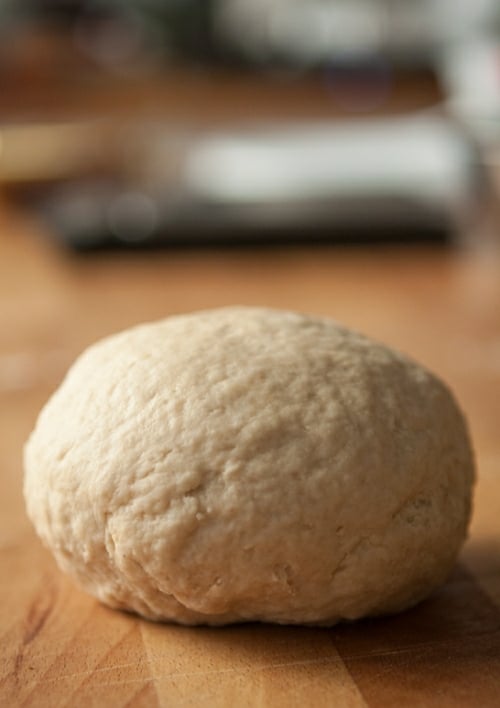 Food everywhere is wrapped up in lots of “who made what,” and there are endless discussions about what belongs to whom, who made it first, who makes is better, who is allowed to claim it, and who has permission to use it. (And so far, I haven’t seen any signs of an international organization overseeing all of that.) So depending on who you believe, it may have been the Austrians, the French, or another butter and pastry-loving country. But it’s hard to imagine Paris without croissants. 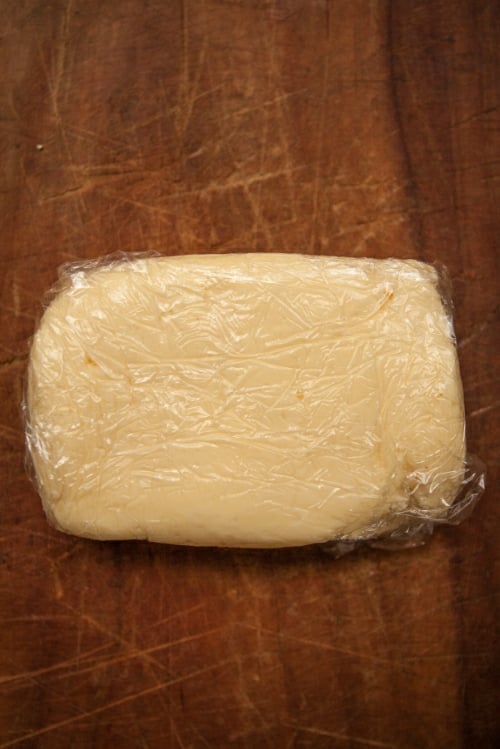 One thing that often surprises people who don’t live in France is that no one would make his or her own croissants. That said, I am sure there are a handful of people in this country of 66 million that make their own croissants. But me? I’m happy to be able to amble down the street, for a single euro, get a pretty decent croissant from a local baker, where they’re stacked high in the morning, ready for the crush of customers, racing in for a warm croissant, fresh from the oven, to snack on with their morning coffee. 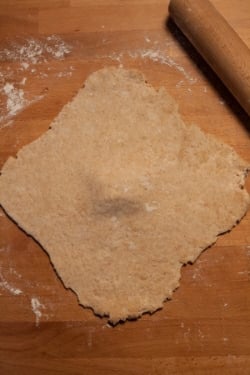 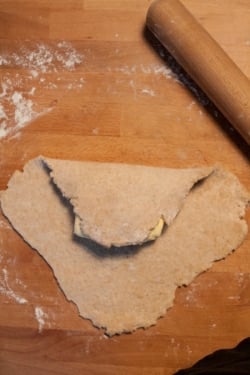 Yet one thing you don’t find are croissants made with whole wheat flour, which gives the flaky pastries a slightly nutty taste. That earthy edge takes away any guilt (although croissants aren’t as rich or sinful as some people think; these croissants are just shy of a couple of tablespoons of butter per pastry), and it’s fun to surprise people with something different in the bread basket. 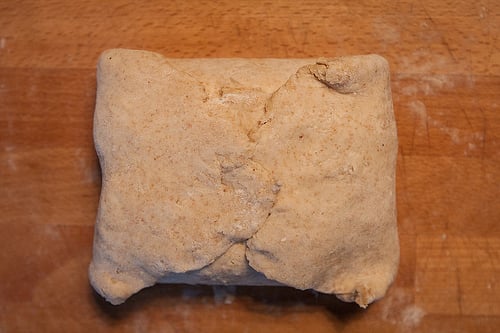 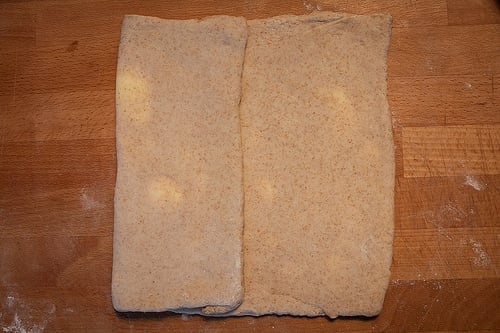 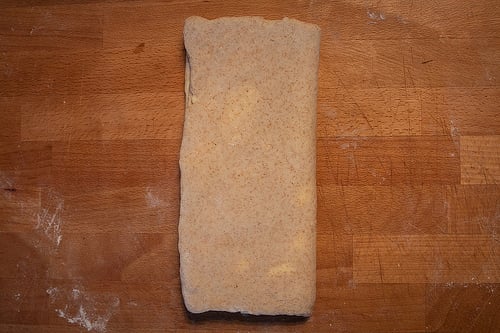 Once I got started making croissants at home, it was hard to stop. 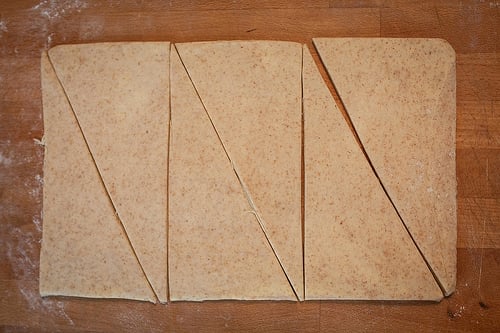 And I made three batches last week, surprising my friends with bags of freshly made croissants. 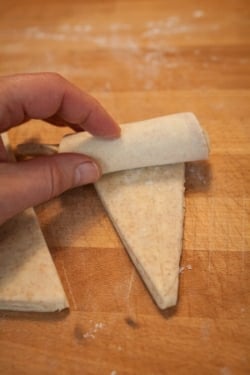 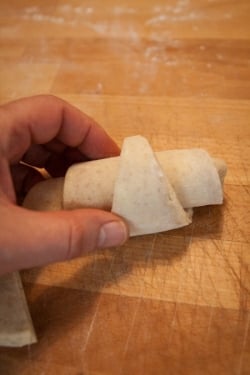 Making croissants isn’t difficult at all and if you can use a rolling pin, you can make croissants. There is bit of waiting time between turning and folding the dough, but let me tell you, nothing is more gratifying that the smell of cooking butter filling the kitchen while your croissants bake. (I sometimes think those bakeries in the Paris métro stations have the smell of butter pumped into the stations, to boost business.) But even better, pulling out a baking sheet of fresh croissants is one of the few thrills in life. 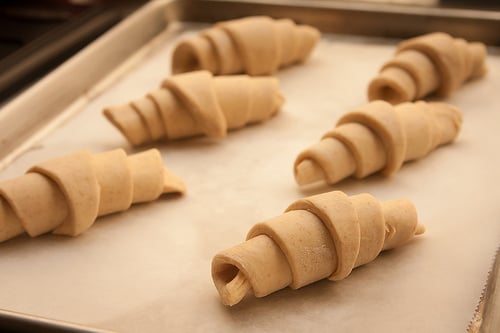 If you’re anything like me, you will hardly be able to control yourself if you have a tray of puffed up, just-baked pastries in front of you. And you have my permission to go ahead and rip into one because if you don’t eat a croissant while it’s warm, perhaps with an additional swipe of good butter and some homemade jam, you’re missing out on one of the great pleasures in life. 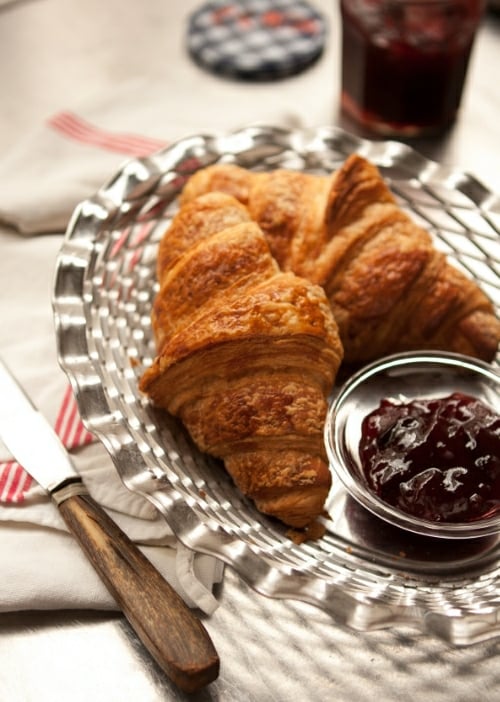 Making croissants isn’t hard; one just needs to follow the steps, which are 1) Make the yeasted dough day in advance and let it sit overnight, 2) The next day, make 3 “turns” of the pastry at various intervals, then 3) Shape, proof, and bake the croissants. The most important thing is not to let the butter get too soft. So when rolling and folding the dough, work quickly to get it back in the refridgerator. I’ve posted notes at the end of the recipe that might answer some additional questions, including questions you might have about the flour. 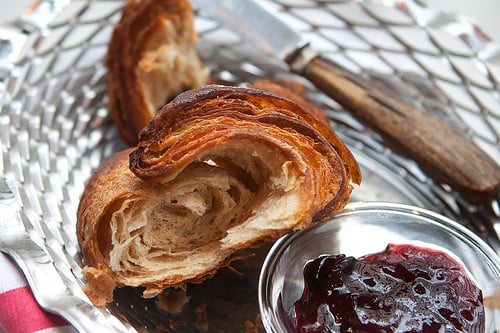 Notes and Tips for Baking Croissants

– Bread flour is used because it is stronger and will yield a better structure. It’s available in well-stocked supermarkets, natural food stores, and online. You can also use all-purpose flour.

– I use active dry yeast, since that’s what I’m used to baking with. If you wish to use fresh yeast or instant yeast, check the manufacturer’s website for the correct conversions they recommend.

– Brush off excess flour as you’re rolling. Too much flour will cause the croissants to be tough.

– After you roll the dough, as you are folding it in thirds, stretch it a bit to get the ends even.

– Some bakers do 4 turns of the dough. I normally do 3. If you want to try 4 with this recipe, please let me know how they turn out.

– You can easily double this recipe. If so, let the dough chill at least an hour between each turn.

– Croissants are best eaten the day they’re made. If serving the next day, rewarm them in a low oven for about 10 minutes, until heated through. Once baked and cooled, croissants can be frozen in an air-tight bag for up to two months.