The one thing I crave almost every day is a good burger. Oddly, I rarely ate burgers when I lived in the states. But for some reason nowadays, I just can’t get enough. Go figure. 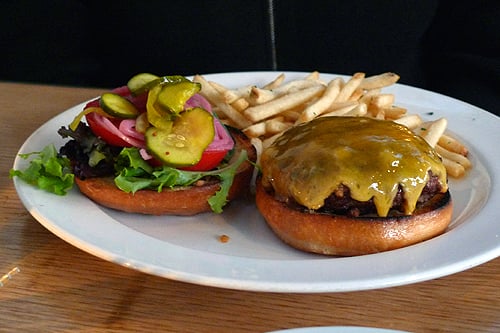 So we went to Serpentine, whose burger was exalted in the virtual world, as well as in print. For some reason, as soon as we sat down, I was craving a cocktail. I haven’t had a cocktail in ages since aside from Mojitos, Parisians don’t drink mixed drinks.

(I once made Cosmopolitans for my friends and they barely got halfway through the first one without becoming close to falling-down drunk. And when you live in a rooftop apartment, having inebriated people milling around your place—or worse, stepping out on the roof for a smoke, is not really a good thing.)

A whiskey sour sounded good. Except I wasn’t quite sure what a whiskey sour was. I asked the friendly waiter, who replied, “I don’t know.” I guess I’ve been living in Paris too long because I appreciate honesty rather than faux-cheeriness. So I ordered one.

And because I’m such a nice guy, I chipped in $2 for his health care, too. 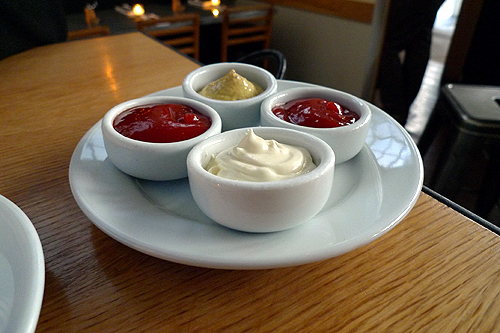 The burger came piled up on a bun with mesclun lettuce (no!), a slice of a real, honest-to-goodness farm-ripe tomato (yes!), cheddar (not sharp enough), and turmeric pickles (yes!) The beef in the burger was just on the underside of underseasoned, making the fantastic salty pickles a must. So we asked for more, and the waiter brought a petit ramekin with a few slices for us to share.

(I guess they were concerned about my health, too, so were rationing them out carefully. But I have national health care and don’t have to worry—so bring ’em on!)

The fries were good, but just on the edge of being done. Thirty seconds less and they wouldn’t have been cooked enough. Thirty seconds more, and they would’ve been perfection. Yet mine were gone before I’d made it halfway through my burger. So take that, les frites de Paris. (Although France gets points in the health care department.)

I liked Serpentine well enough, although my craving hasn’t subsided. Last night for dinner I had a giant S’More just before my talk at Charles Chocolate*. I know that’s probably not the best thing to have for supper, but I reasoned that since it was roughly the same size as a grilled cheese sandwich, it’d do. Plus being stuck in a monster Bay Bridge traffic jam for 1 1/2 hours, well, let’s just say it was well-deserved. (Although a cocktail would’ve been bien mérité, too.)

Tonight is round #2 in the burger bonanza, since I’m not yet down for the count. I’m going to pass on the S’Mores for dinner, but the cocktails?

Those will be mandatory.