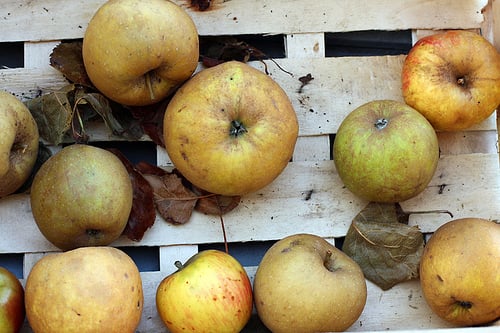 It’s interesting that there are so many views of Paris, which you notice if you follow the variety of voices that write about life in the city. I tend to find all the quirks and report on the sardonic side of things, which for some reason, always find their way into my life. But the main reason is that I live here full-time and deal with not just sampling my way through the lovely pastry shops and meeting chocolatiers, but also spend a fair amount of time wresting with perplexing bureaucracy and other idioms of life in the City of Fight Light.

For example, last week I went to the largest fabric store in Paris where I always buy étamine (cotton gauze), which I couldn’t locate so I asked a salesperson. He was having a nice chat with his co-workers but was kind enough to take a moment to tell me “Non”, they didn’t carry it, and went back to his conversation. After I raised an eyebrow and asked a few more times just be sure, he and all the others in the group shook their heads, confirming with absolute certainty that they definitely did not have that in stock.

Because I was absolutely certain that they did, I went down one level and, of course, found a huge bolt of it right on top of the pile of other rolls of fabric. 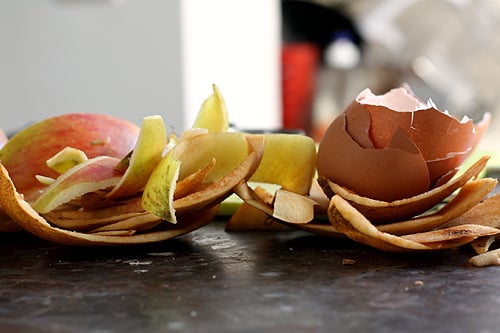 So to keep things in perspective (as best I can…) I like to read other voices from Paris, such as Dorie Greenspan, whose latest book, Around My French Table, is a massive collection of her favorite recipes and stories about our shared city. She lives on the opposite side of Paris, in a different neighborhood. And where I am often hardened and resigned, and sometimes cry in private, she manages to see the good in everything and is always happy and beaming.

Although I do sometimes get the last word in around here: When I did find the étamine and mentioned to the salesclerk I was going to make Apple Jelly with it, he told me that if he sold it to me, I had to bring him an échantillon (sample).

Fortunately painted on the walls of the fabric store, in very large block letters, were the words “Pas d’échantillons!” (“No samples!”) which I pointed out to him—and we both had a good laugh. Me more than him.

This is a very typique recipe of Dorie’s: not a lot of ingredients, relying on no special techniques or hard-to-find equipment (like, say…regular cotton muslin in an enormous six-story fabric store), but producing simply spectacular results. The cake is easily mixed up in a bowl, scraped into a cake pan, and in less than the time it takes to run to the pâtisserie for a store-bought cake—or a seemingly simple length of fabric—you can have an authentic French cake right from your own oven. 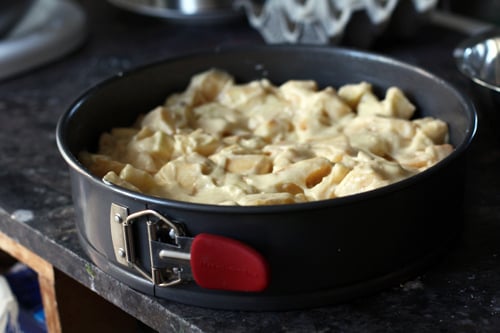 It takes a lot of moxie and pluck to get workable recipes out of French cooks and chefs. It’s not that they don’t work, it’s just that often they’ll just cook things au pif, or “by the nose”, adding a little of that and not measuring. I’ve had my share of experiences trying to extract recipes out of cooks here and often they just say, “Just tell readers to add however much flour it takes until it forms the right batter.” And I know how much you’d all love that…

Dorie Greenspan seems to have a gift for making those recipes work for home cooks, especially those in America who don’t gave the same batterie de cuisine that a French cook might have. But as you’ll see if you flip through the recipes in Around My French Table, everyday French cooking doesn’t depend on fancy equipment and most dishes aren’t meant to be followed to the letter, but are actually quite forgiving. They’re authentic but approachable. And the next recipe on my plate is Coeur à la crème, so I can use my vintage molds and line them with my precious new étamine that I worked so very (very) hard to get. 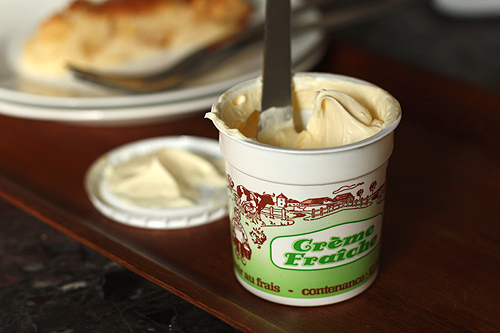 Dorie was kind enough to thank me for sharing her table with her in the book. And when a journalist interviewed me for an article about her, she ended the interview with; “So David, what is it like to sit around Dorie’s French table?”

I sat there for a few moments scratching my head to remember, then not sure of what to say, I finally replied, “I’ve not sat around Dorie’s French table.” Which was true. When she comes to Paris, we generally go out exploring. The idea of sitting indoors while Paris awaits just isn’t as interesting to me as sharing pastries on a park bench or hitting an outdoor market with her.

If you want to sit at Dorie’s table, the line starts here. However while you wait, you can feast on her recipes, just like I’m doing. 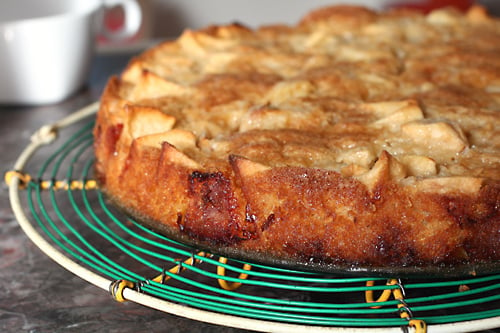 Adapted from Around My French Table by Dorie Greenspan Dorie doesn’t specify any type of apple but instead advises that you should use a mix of them. I don’t know what kind mine were since I’d picked them myself (they’re pictured at the top). The rum is really vital for the taste, and the cake would be not as interesting without it. If you’re avoiding alcohol, you could double to triple up on the vanilla to compensate. I also like this recipe because you can make it with ingredients easily on hand. Being American, I was tempted to add a dusting of ground cinnamon to the apples, but then it wouldn’t be authentically French. Hence I decided a dollop of crème fraîche alongside to be rather nice.
3/4 cup (110g) flour
3/4 teaspoon baking powder
pinch of salt
4 large apples, a mix of varieties
2 large eggs, at room temperature
3/4 cup (150g) sugar
3 tablespoons dark rum
1/2 teaspoon vanilla extract
8 tablespoons (115g) butter, salted or unsalted, melted and cooled to room temperature
1. Preheat the oven to 350ºF (180ºC) and adjust the oven rack to the center of the oven.
2. Heavily butter an 8- or 9-inch (20-23cm) springform pan and place it on a baking sheet.
3. In a small bowl, whisk together the flour, baking powder, and salt.
4. Peel and core the apples, then dice them into 1-inch (3cm) pieces.
5. In a large bowl, beat the eggs until foamy then whisk in the sugar, then rum and vanilla. Whisk in half of the flour mixture, then gently stir in half of the melted butter
6. Stir in the remaining flour mixture, then the rest of the butter.
7. Fold in the apple cubes until they’re well-coated with the batter and scrape them into the prepared cake pan and smooth the top a little with a spatula.
8. Bake the cake for 50 minute to 1 hour, or until a knife inserted into the center comes out clean. Let the cake cool for 5 minutes, then run a knife around the edge to loosen the cake from the pan and carefully remove the sides of the cake pan, making sure no apples are stuck to it.

Serving: Serve wedges of the cake just by itself, or with crème fraîche or vanilla ice cream.

Storage: The cake will keep for up to three days covered. Since the top is very moist, it’s best to store it under a cake dome or overturned bowl.