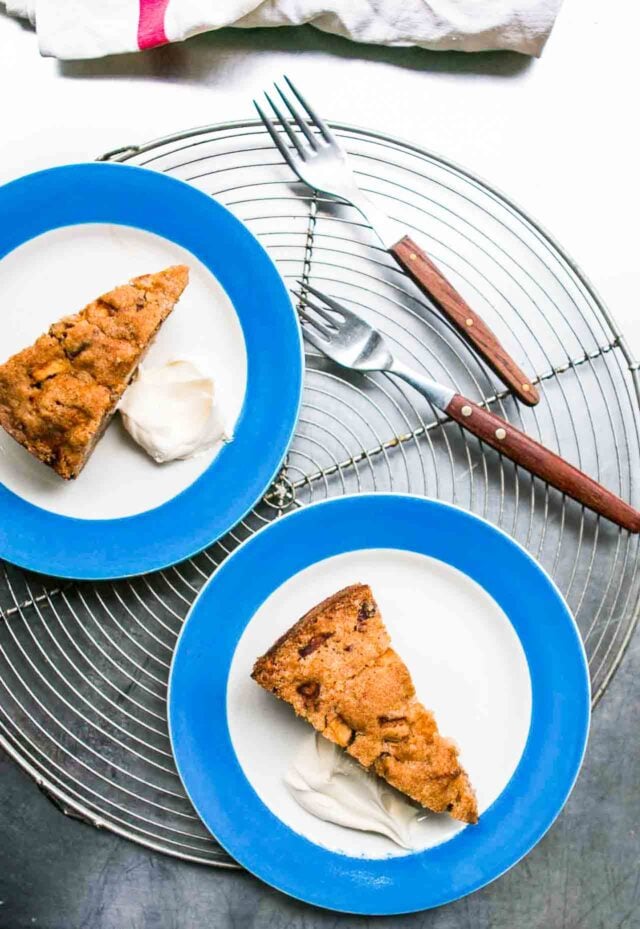 This season saw a particularly excellent crop of cookbooks come to the forefront. But one that stood out for me was The London Cookbook by Aleksandra Crapanzano. When my copy came in the mail, I opened up the stately, deep blue cover, which revealed enticing pages of spectacularly simple, fresh food, the kinds I like, that are being cooked in London today. Spiced Carrots with Freekeh and Labneh, Taktouka (harissa-spiced Berber vegetable stew), Ras el Hanout and Buttermilk Cake, and Burnt Orange Chocolate Sorbet, turn the image of British cooking upside down. Like most cultures, chefs, cooks, and bakers in London have adapted ingredients, flavors from other places and cuisines, incorporating them into theirs. And they’ve done it well. Still, there are Potted Shrimp, Roast Corn and Chorizo Chowder, Short Ribs with Chickpeas and Swiss Chard, Treacle-cured Pork Belly, and Ginger Spiced Steamed Puddings with Rum Syrup, in The London Cookbook, that hew closer to home.

I know from firsthand experience that London restaurants and bakeries have revised what we think of British food, and Aleksandra’s book isn’t just a collection of recipes, but one of those books that you’ll want to sit down and read (like I did), for the colorful stories that take you into London kitchens, behind the scenes of the food revolution there, with photos that will make you bookmark many of the recipes as you go, as I have.

I liked the book so much that I asked Aleksandra if she would share a story and recipe from the book. Aleksandra grew up in Europe, spending time in Paris with her family. This Apple Calvados Cake stood out in the book as something that encompasses a slice of Britain, with a taste of Normandy. I hope you enjoy meeting Aleksandra through her story, and this Apple Calvados Cake, which is resolutely English, but infused with the flavor of France. – David

A Whiff of Calvados by Aleksandra Crapanzano

It was in Paris that I learned to shop. Or should I say, I learned to respect the art of shopping, as my allowance only went so far. I was only ten when we moved to Paris, but, even then, I loved to peer into the shop windows. The bottles of vintage Calvados and Armagnac in the window of Maison Ryst Dupeyron on the rue du Bac held a special allure. If I put my face to the glass, I could make out the wood-paneled walls, the warm glow of the lamps, the wood desk with its leather ledger. One day, my parents took me inside. It was glorious. A serious place. A place of history. Bottles dating back a hundred or more years. The propriétaire offered my parents a taste of Calvados, as they were choosing a bottle. My father held his glass out to me to sniff. The beautiful, haunting smell was fiery with only a whisper of apple to temper the flame. It was heady. It was grown-up. I fell in love. 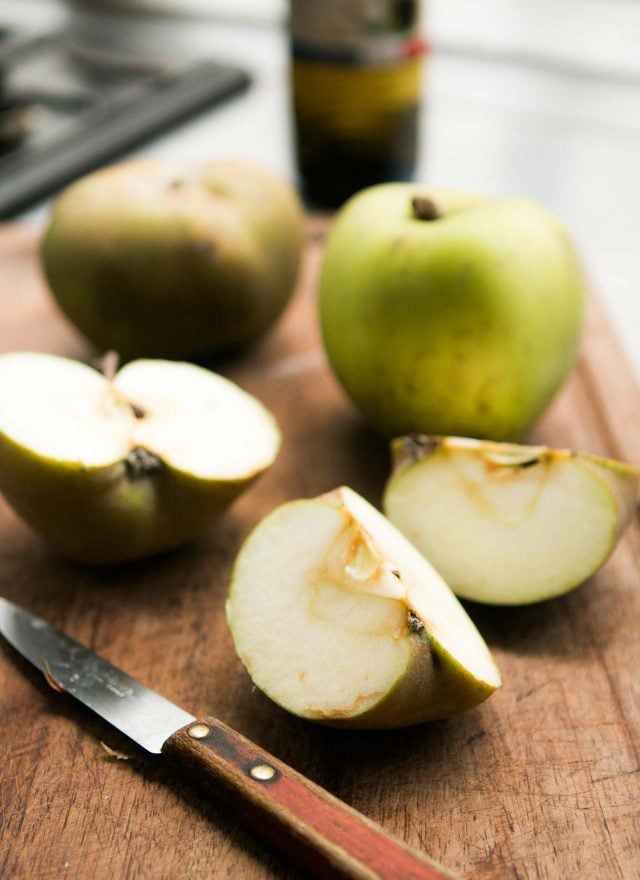 Whenever I smell Calvados, I remember that moment at Ryst Dupeyron. That moment that forever linked the scent with the discovery of my new city with the taste of adulthood. It is perhaps, then, no wonder that I adore this cake. I first had it at St. John, the well-known restaurant in London belonging to Fergus Henderson. Fergus may have spearheaded the nose-to-tail movement, but he is also a fervent baker. His bread, his doughnuts, his gingerbreads are beloved, but this cake, needless to say, stole my heart. We were lunching together, and, when you lunch with the chef, there’s little reason to order. I didn’t know what was coming. In fact, after several hours of deliriously happy eating, the very thought of dessert hadn’t occurred to me. 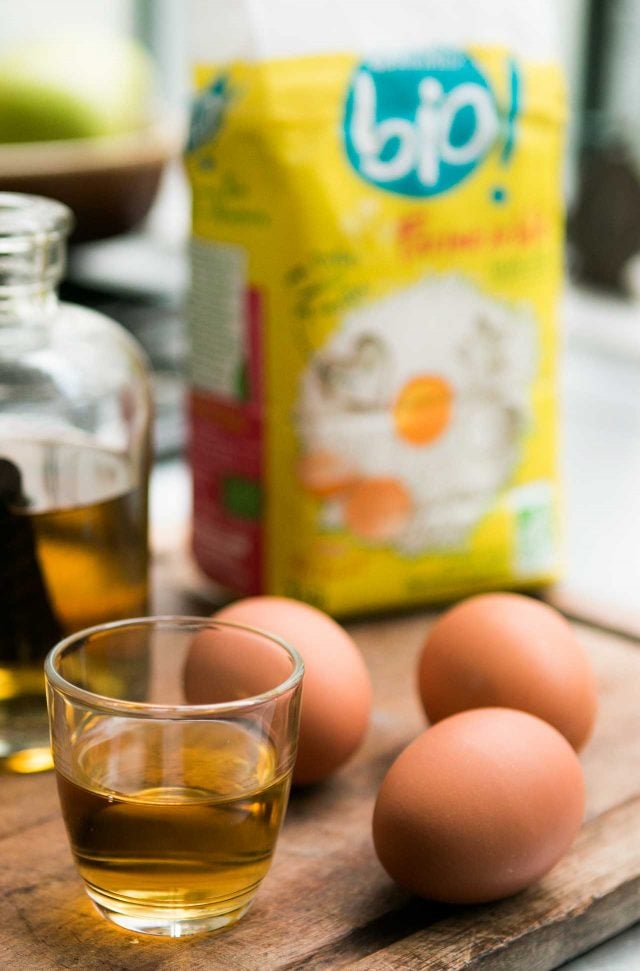 I smelled it before I saw it. That apple fire I love. As the waiter set a slice of cake down before me, the scent of Calvados seemed to rise like an invisible fog. I stepped right into it. Fergus must have seen my pleasure, as he offered me the recipe, which I offer now to you. I was meeting him while researching my book, The London Cookbook.

Fergus has had an enormous influence on the culinary world of London, helping to dig it out of a 1000-year rut and into an era of terrific change. So enormous, in fact, that I include, in the book, a family tree of all the chefs who worked at St. John and have since gone on to helm great restaurants of their own. Fergus remains a mentor, a force of joy, and an inspiration to almost all of them. But his influence reached further. He helped a city fall in love with food, and he did it without pretension or fuss but, instead, with great craft and generosity and little more than whitewashed walls and wood tables. 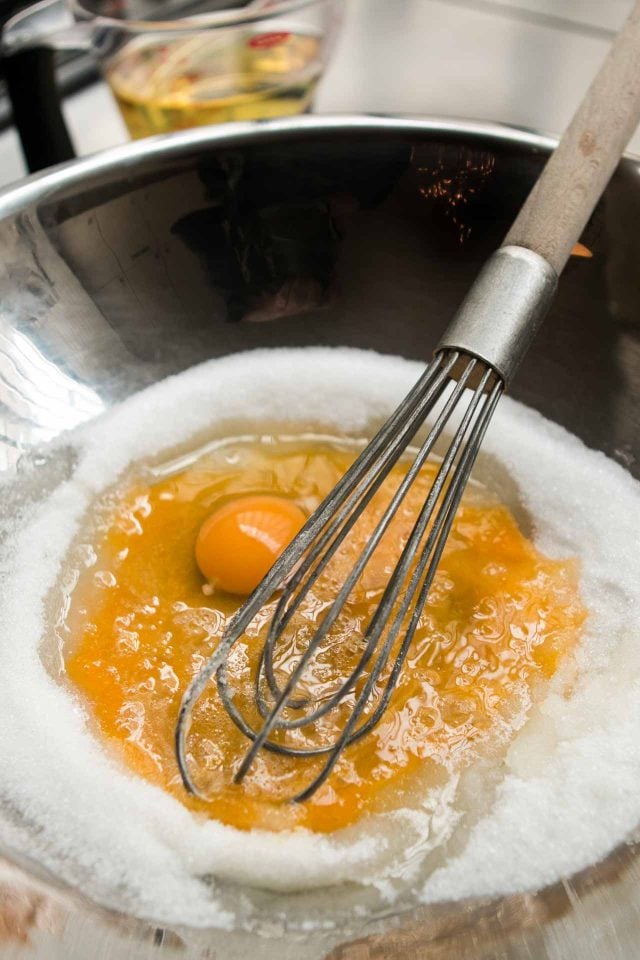 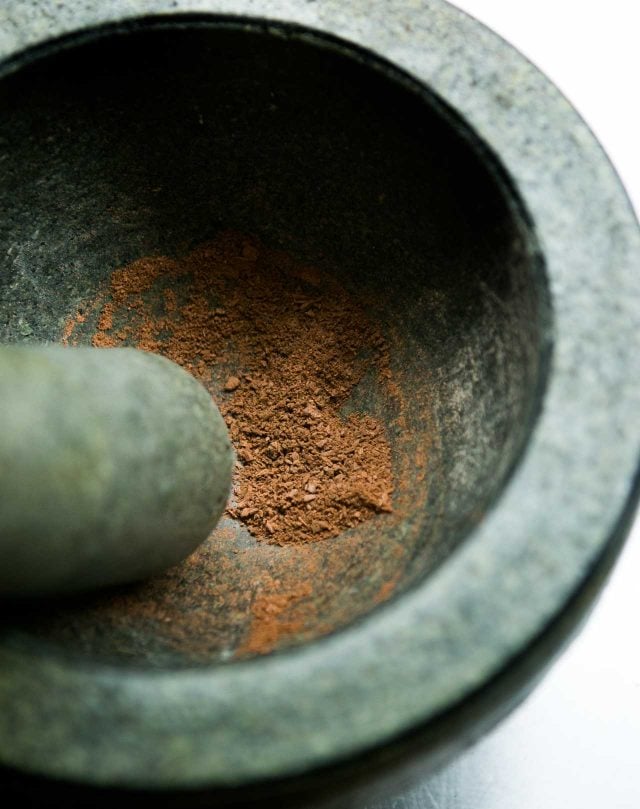 The food in London today is not the food one remembers from even a few years ago. It is bold, vibrant, international and worthy of the excitement it has generated among locals and foreigners alike. Fergus himself is known for bringing the best of British food to the table, but he is the first to say that his influences are French and Italian. I say he has taken the best of all three and married them to delicious effect. This cake is a perfect example.

It’s a rustic cake that would be equally at home in Normandy, a Parisian apartment, a house in the Cotswolds, as it is in one of the best restaurants in London. When I wrote The London Cookbook, I was looking for recipes just like this one – recipes that are generous, relatively simple, seasonal, confident… but which have that little something that elevates them from good to great. When you smell the Calvados and apples baking in the batter, you’ll know what I mean. 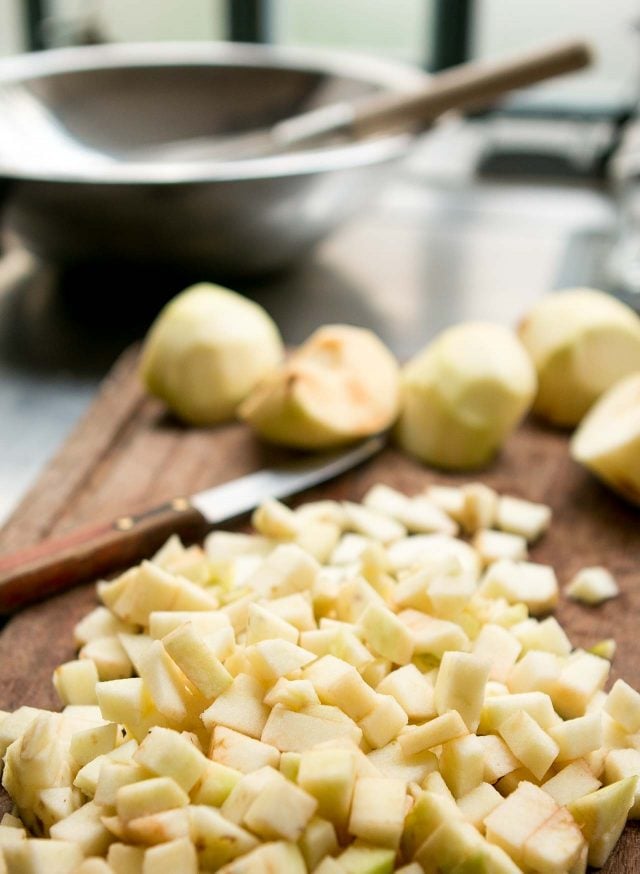 A few notes: The apples are meant to be roughly chopped, but if you are a perfectionist or serving this at a formal dinner, dice them into neat half-inch cubes. If you are allergic to nuts, simply omit them. Recently, supersized apples have started to appear in supermarkets in the United States. One supersized apple is roughly the equivalent of two good old grannies. Granny Smiths, being the best option, unless you have access to the wonderful Bramleys, grown in the U.K. If choosing a sweeter apple, you may want to reduce the sugar by a few tablespoons. And if splurging on a bottle of Calvados isn’t an option at the moment, Clear Creek, an Oregon distillery, makes a delicious apple brandy that is aged in French oak casks for eight years. Just remember, this is a big, generous cake. It will keep a day or two if you put it under lock and key.

Adapted from The London Cookbook by Aleksandra Crapanzano You're welcome to substitute another liquor for the Calvados, such as whiskey, apple jack, brandy, Cognac, or rum. If you want to make it without the liquor, you could use apple juice well-spiked with fresh lemon juice, to add some acidity, and perhaps a touch of vanilla extract. The recipe suggests using "baking" apples, such as Granny Smith or Bramley. I rifled through the bin at my market where they sell less-attractive pommes à cuire, or baking apples, at a discount (which I can't resist), selecting ones that felt firm and were varieties I know were on the tart side. Aleksandra told me when I asked her about the quantities before I gave it a go, as it seemed like it was a lot of batter. "This is a big cake," she replied, noting that she had reduced the amount of sugar in the original recipe, and I tried it with even less, as well. I was on the fence about whether I missed the extra sweetness so if you want to make it as she presented the cake, use 2 cups (400g) of sugar, but you could also reduce it to 1 1/2 cups (350g) if you want it less-sweet. For the record, I preferred it with the full amount. (Because I am frequently asked about making a recipe gluten-free, reducing the sugar, and changing pan sizes, I updated my page: Baking Ingredients and Substitutions to answer those questions, and more.) This make a big, generous cake, very moist, and rich with apple flavor. The recipe in the book says it make "6 Fergus portions, which are always generous." I don't want to infer that I'm not generous, but I found it served about ten or twelve people...without anyone thinking I was stingy. - David
Servings 10 servings

Serving: This moist cake can be served on its own, or with a spoonful of crème fraîche, or ice cream, if you wish. Storage: I found this cake will keep for 2 to 3 days at room temperature. I would avoid freezing this cake as the apples may become soggy. 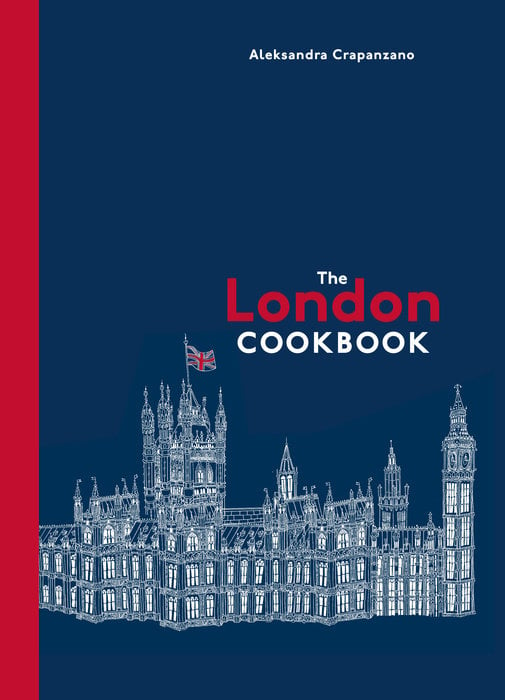