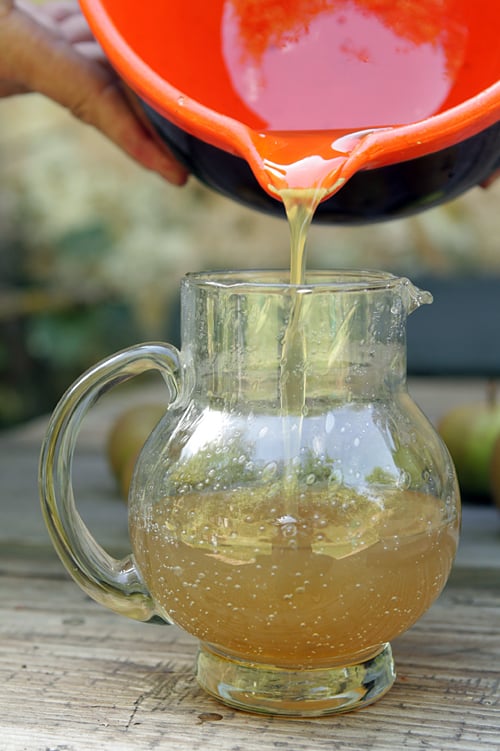 Many moons ago, I worked with Bruce Cost at the now-shuttered Monsoon restaurant in San Francisco. Bruce is an amazing Asian cook and I’ve rarely had better Chinese food than what came out of his wok. Early on, he prompted me to make a sharp, gingery syrup that we could serve at the bar, as an elixir, mixed with fresh lime juice and sparkling water. And although the customers loved it, the reason I later found out why I was going through so much ginger syrup every week was that the staff liked it even more.

In Australia, I remember seeing big bins of fresh ginger in the supermarket (I always try to go to a supermarket in a foreign country – it’s one of my favorite things to do.) And when I was telling some Australians how intriguing it was how they’ve adopted Asian ingredients, like fresh ginger, into their cuisine, a few looked at me kind of funny,and said that they considered fresh ginger just be to an ingredient they happened to use frequently – not necessarily Asian. 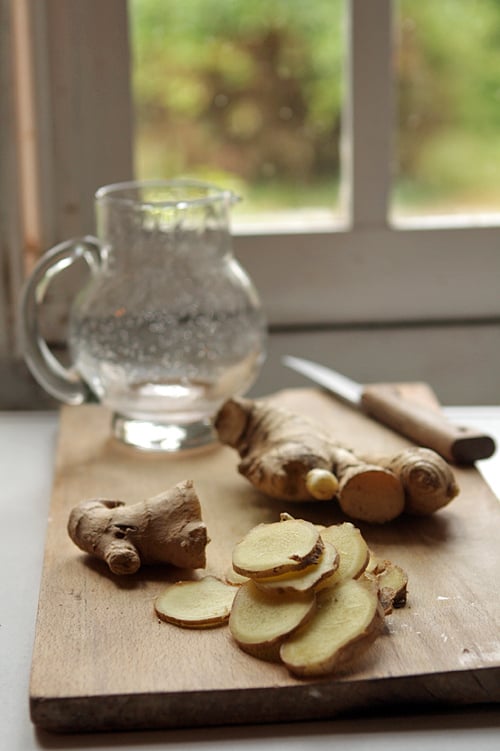 I love fresh ginger, especially in desserts, since it seems to compliment – and contrast – other flavors so nicely. It’s especially welcome with things that tend to be sweet; white chocolate, tropical fruits, and peaches all come to mind. And I always try to keep fresh ginger on hand, stocking up whenever I’m at an Asian market in Paris, since it lasts for a while. It also freezes well, and some people grate, roll it into a tube, then freeze it for later, and they can just break off a portion easily when they need it.

Whenever I don’t feel well, especially when felled by the infamous la gastro, I always crave a glass of ginger ale. I don’t keep soda in stock because I’m not a big soda-drinker. (However when faced with a bottle of ginger ale or ginger beer, all bets are off.) But when I’m lying in bed, nearly unable to move, I always regret not keeping a bottle on hand. (Which, of course, I would drink just because it was there. So I don’t.) 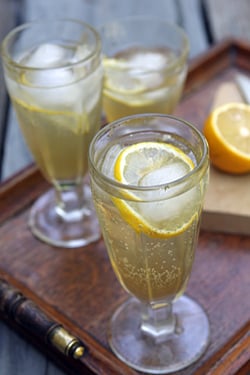 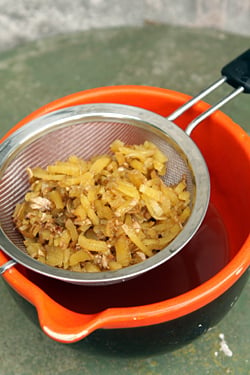 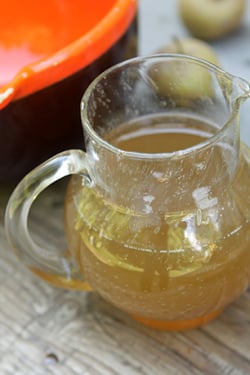 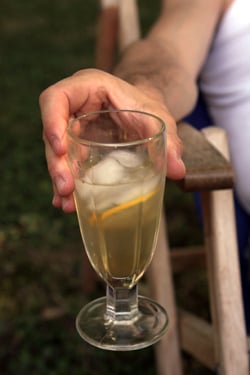 In France, although it’s not very traditional to drink soda with meals, it’s become much more commonplace. And when a friend was coming for dinner and told me he couldn’t drink alcohol because he was taking a round of medication, I simmered up a batch of ginger syrup for him, so he wouldn’t look at my constantly refilled (and emptied) wine glass so longingly.

My strategy kind of worked, except that I drank most of the syrup myself before the dinner and had to make more. Which wasn’t such a bad thing since I am pretty well stocked on fresh ginger. And I hope I can keep myself well-stocked with ginger syrup, too. 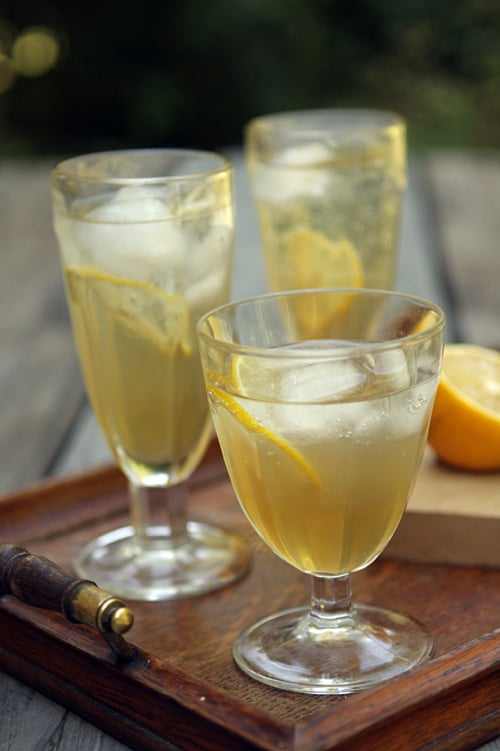 I don’t automatically peel ginger; if you choose not to, it will give the syrup a slightly darker color, which I don’t mind. If you wish to peel it, you can. The leftover ginger can be added to a batch of marmalade, or patted dry and chopped further, then added to just-churned ice cream or gingersnap cookie dough. If you plan to reuse it, you should peel it before making the syrup with it. This syrup is quite spicy and if you find it a bit too zippy and want to tone it down, the next time you make it (or the first time) you can blanch the chopped ginger first in boiling water, let it simmer for a couple of minutes, then drain it and proceed with the recipe.

To make ginger soda: Fill glasses 1/3rd full with syrup and add a generous squeeze of fresh lemon or lime juice. Fill the glasses with ice then top with sparkling water or tonic water (or a not-too-sweet citrus soda). Stir gently to mix the ingredients and garnish with a round of citrus or fresh mint. Other Uses: You could also make a terrific cocktail with this as a base, using bourbon, whiskey, or rum. Another possibility is to use a few spoonfuls of this syrup to sweeten iced tea or drizzle over a fruit salad.