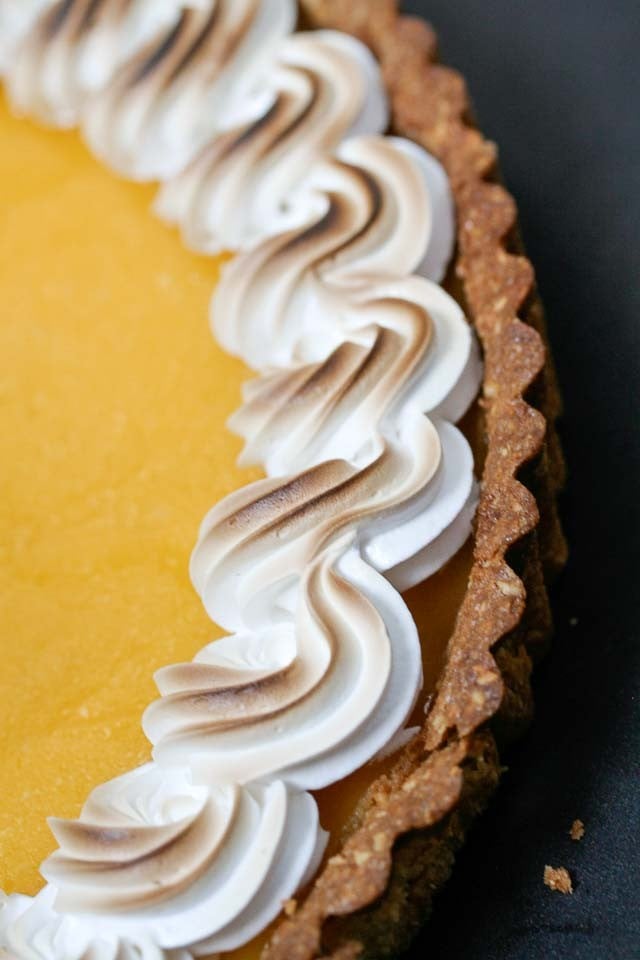 I once asked a restaurateur, who owns restaurants in European and in America, what he thought was the main difference between the food in American and the food in Europe. “Everything’s is sweeter,” he replied right away.

I thought about it for a moment, and considering everyone’s got their panties in a knot about all the sweeteners that are dumped into everything from tomato sauce, bottled salad dressings, to supermarket bread, he’s got a point. A lot of stuff that doesn’t need to be sweetened, is. But one thing that we Americans do like is tart citrus desserts. The tangier, the more mouth-puckering, the better. 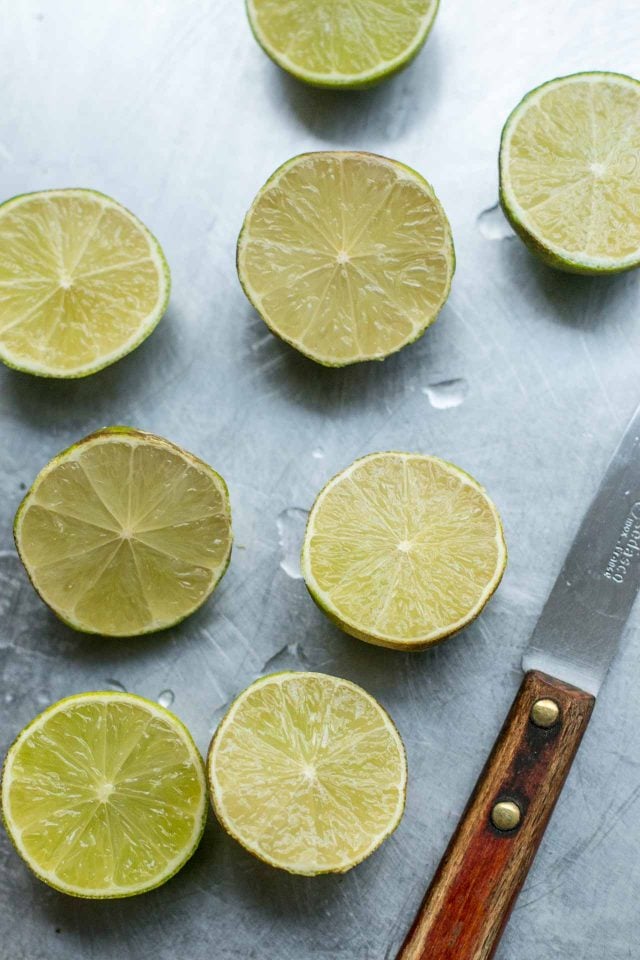 Backing up his claim, though, we do tend to pile ours up to the moon with whipped cream or sweet meringue. So he does have a point. Although I like a super-tart filling underneath all those billows of fluff. What’s not to like? 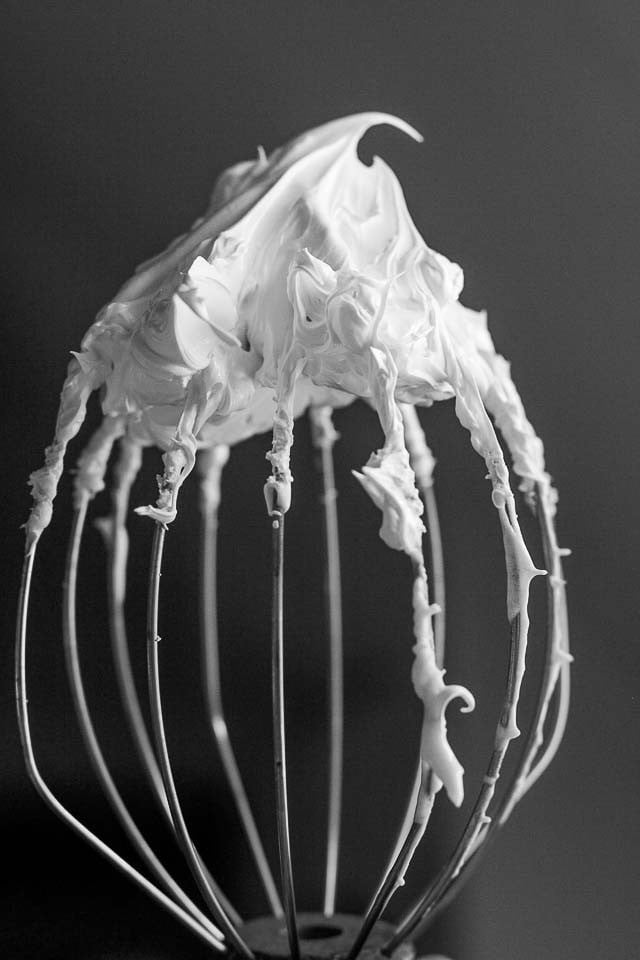 The French are famous for their tarte au Citron, but it’s hard to find a tarte that’s very tart. Jacques Genin, who makes a pretty zippy one, is considered one of the best of the lot in Paris. And he uses limes. 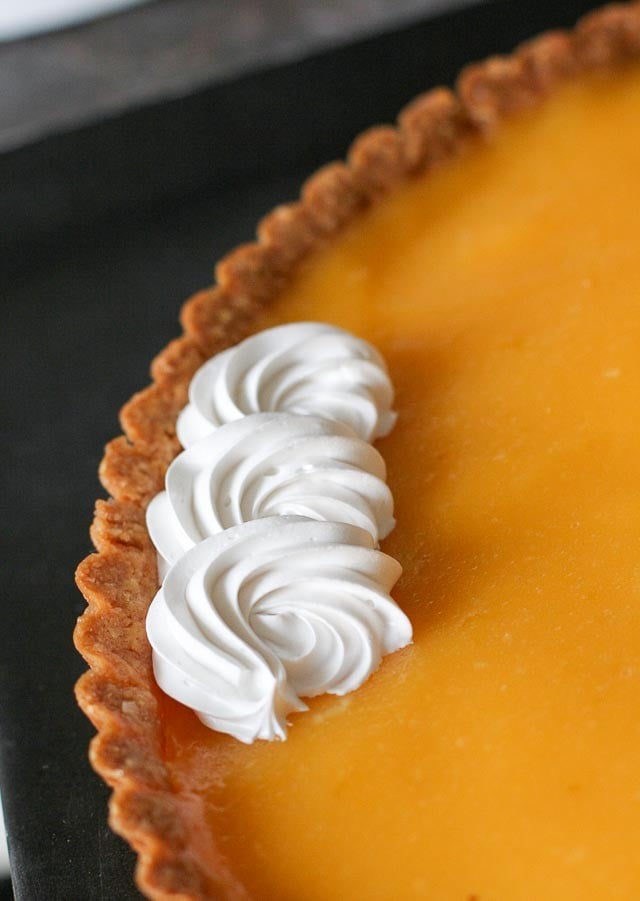 Try to find limes that are actually golden-yellow in color when shopping. The dark green limes you see are limes that have been picked unripe then gassed to guard that color. When limes are yellow and ripe, they have a softer flavor, with a hint of citrusy sweetness. Ethnic markets, especially those catering to Asians and Latinos, are great places to look for them. Key Limes, if you can find them, are the classic.

Reluctantly I’m the unofficial dessert ambassador around here, and there, so for the Lime Tart I baked up for a recent birthday picnic here in Paris, I chose to add ring of meringue around the perimeter of the tart, which diplomatically pleased everyone. 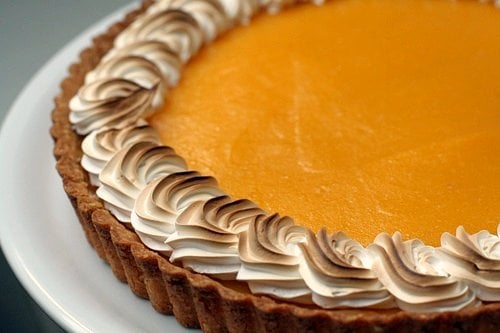 Ripe limes will yield a lot more juice than hard, underripe specimens. Like all citrus, when choosing them at the market, heft as many as you can (which in Paris, is normally interdit, although I try to sneak and do it anyways); the heaviest ones have the most juice. And be sure to squeeze limes that are at room temperature, rolling them firmly on the counter beforehand to rupture the juice sacs within to get as much juice out as possible. Lemon-lovers can substitute lemon juice for the lime juice and reduce the sugar by 1 tablespoon.

Storage: The tart is best eaten the day it’s made. You can refrigerate any leftovers. If you wish to make the lime filling in advance, you can make it and store it in the refrigerator for up to five days. Notes: If you’d like to make a standard meringue, you can simply whip the whites on high speed to soft peaks. Gradually add the sugar and the salt, while whipping on high speed, until the meringue is shiny and stiff. Beat in the vanilla, then pipe or spread over the tart. A few people have inquired what I mean by “unsprayed” when referring to limes, and other citrus fruits. That means that the fruit is either organic, or grown in a manner where the outside hasn’t been sprayed with pesticides. Because you’re using the zest of the fruit, I think it’s a good idea to choose fruits that haven’t been treated in that manner. Depending on where you live, fruit may not be designated ‘organic’, because of the cost of certification, but may be labeled with another term: transitional, unsprayed, pesticide-free, and untreated. When in doubt, ask the produce supplier. 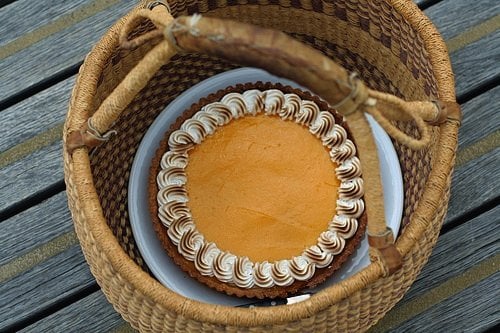