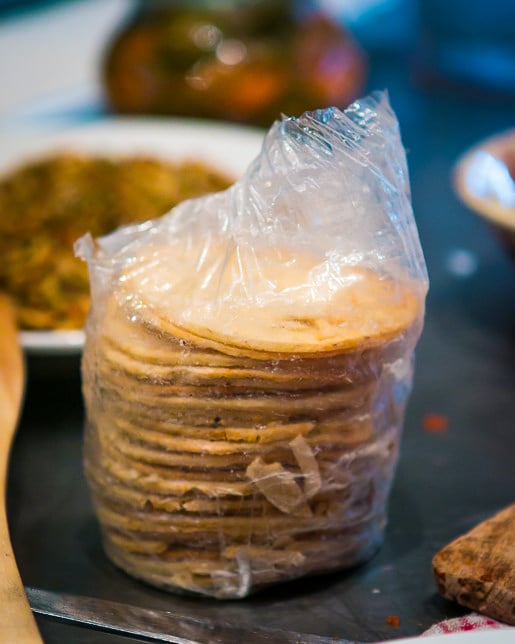 The first time I went to Mexico was sometime back in the 1980s. And from what I’d heard, I was sure that I would never come back. Most stories suggested danger lurking from every corner of every city and town, even in the oceans, where who knows what could happen to you in there. Or at the very least, I’d certainly be laid up in bed, doubled over from accidentally drinking the water.

Since that first trip, where I happily found myself on warm beaches sipping Mexican beers and eating spicy ceviche made from seafood that the fishermen brought in each morning from the clear blue ocean, I’ve been to Mexico maybe five or six times, and each time, made it back just fine. (Except for once, when I had a rather unpleasant return flight, made worse by a full plane with one restroom that was out-of-order. Which might have been attributed to a run-in with some mezcal.)

Because I live farther away now, it was nice that a bit of Mexico came to me — and didn’t involve and unpleasant return on a plane. Susana Trilling was coming to Paris and my friends Kate and Judy urged her to get in touch with me. 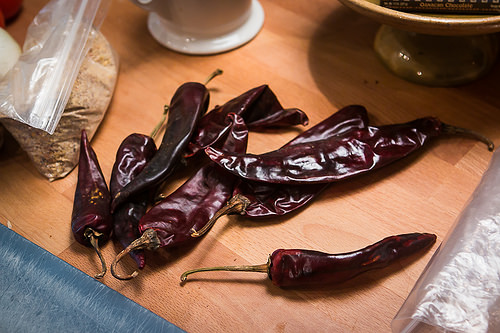 Susana had invited me over for a homemade Mexican dinner at her friend’s place in Paris, where she and Jesse, her son, were staying. But having cooked in my share of Parisian kitchens, which are often tiny and not well-stocked for serving groups (or preparing Mexican fare), I invited her to my place to cook, since I pretty much have any kitchen tool and ingredient one could imagine. Including some Mexican ones. 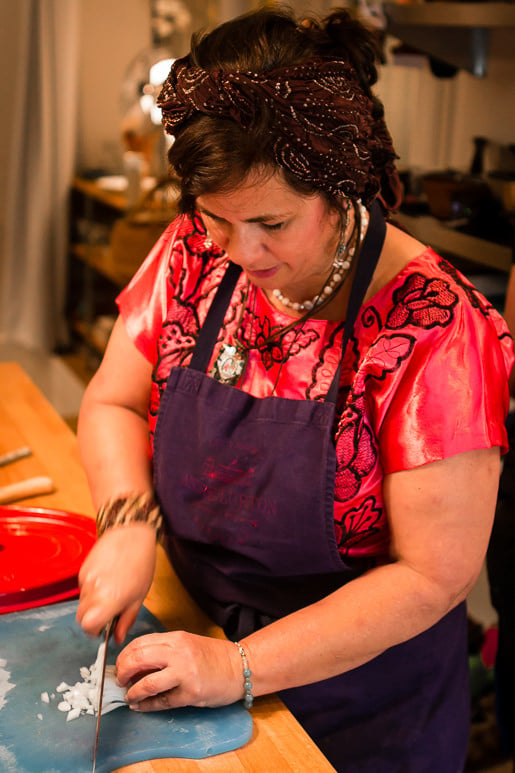 She unpacked her haul from the market in Paris, as well as lots of little packets of spices, seasonings, and a box of stone-ground Oaxacan chocolate, ground with cinnamon and sugar. I couldn’t resist and tore into the box, pulled out one of the handmade bars, and took a sniff. I love the smell of brusque, coarsely ground Mexican chocolate, and I was happy to hear we’d be having a Mexican dessert Susana would be baking with it.

Since I was hungry, I was happy when we got to the actual cooking. Actually, it was Susana and Jesse doing most of the cooking, while I helped them acclimate to an unfamiliar kitchen. We played a pretty funny game of Susana asking me questions, like “Do you, by any chance, have whole allspice?”

And I’d head to the cabinet, and pull out a jar of the berries. 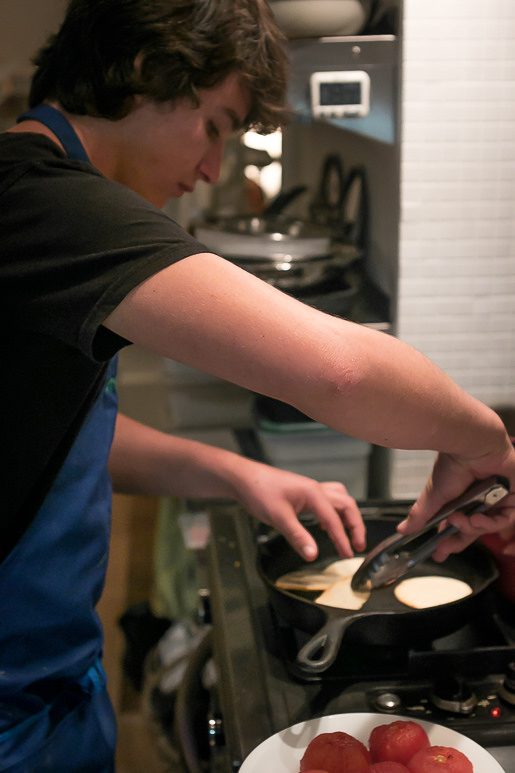 Then a few minutes later, it was, “David — do you happen to have anise liqueur?”

Yup, right here, bounding over to the liquor shelf.

A few minutes later…“Hey David, do you have timbale molds to bake the búdins?”

Heading toward the bin of pastry molds (yes, I have bins of those), I pulled out several stacks of molds, “Yes Susana, I’ve got ’em right here…” adding, “…in fourteen sizes. Do you want metal, silicone, or ceramic?” 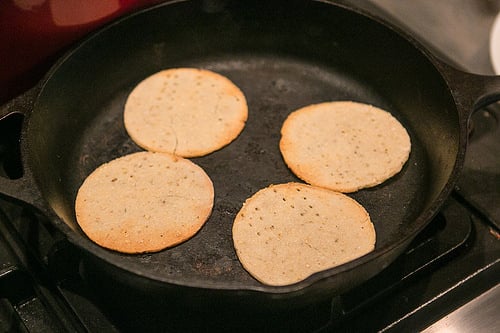 Only when she asked me if I had a comal was I stumped. Fortunately I had my all-American cast-iron skillet, which Jesse used to crisp up tortillas they’d brought from Mexico, made from maiz Chaparita, corn that grows on the Isthmus of Tehuantepec, and only about knee-high. Because it’s so windy, the corn doesn’t get much higher in the intense winds. But let me tell you, like me, it’s a survivor (even in tough conditions) and makes some pretty mean tortillas. When I saw the two stacks they’d brought, I figured there would be plenty of leftovers. But within a short amount of time, it looked like we barely had enough. The truth be told, I think I ate at least three-quarters of them. (And if this isn’t grounds for a break-up, I just found out that Romain doesn’t like tortillas.)

The only thing I didn’t have on hand were a lot of avocados. Fortunately with the few ones I had, that I had bought at the market, Jesse and Susana made a nice batch of guacamole. And as everyone knows, the most important ingredient for good guacamole isn’t onions, or tomatoes. Or cilantro, or lime juice. (Or even margaritas, which I mixed up to go alongside.) It’s…. 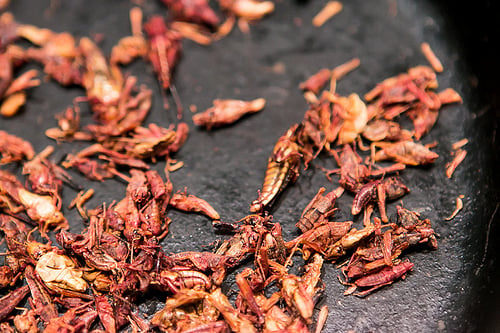 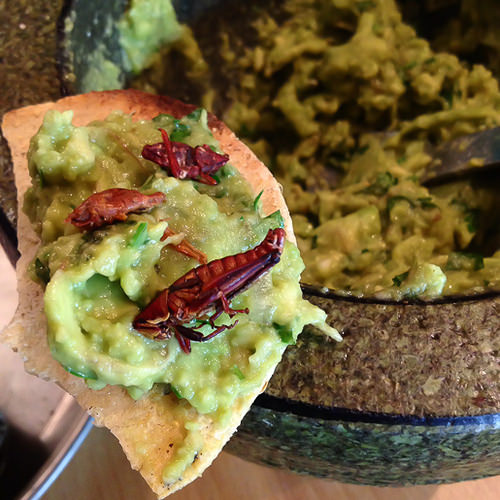 Unfortunately I had forgotten to pick some sauterelles up at my Paris market, but fortunately, Susana had brought some with her. 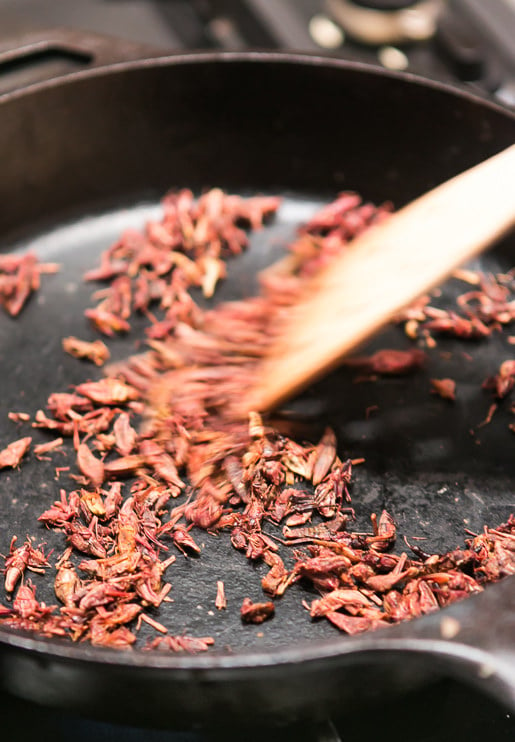 As we munched on grasshoppers (which was another no-go for Romain), in my makeshift comal, Jesse toasted off pumpkin seeds for a spread known as pipian. The vendor in Paris had inexplicably sold them flat-leaf parsley, instead of the cilantro that they thought they were getting (which may have been especially confusing because cilantro is called coriandre, in French, which it technically seems to be.) And cilantro/coriandre is a pretty common herb at Parisian markets. 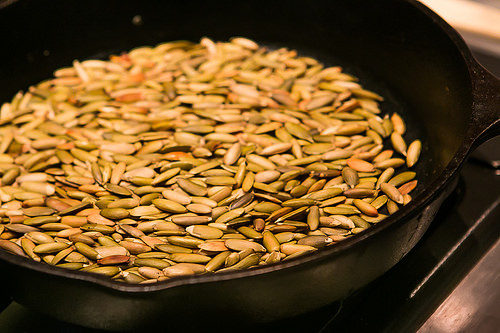 Then my skillet got use to griddle up some guajillos and chilcostle chiles, which are a speciality of Oaxaca.

Once toasted, and after I had raced to open the windows as my apartment had quickly filled with spicy, smoky air that was braising our windpipes and sending us into coughing fits (although I still prefer chile fumes to cigarette ones), the seared chiles went into a vegetable stock for rabbit segueza, made by poaching rabbit in stock, then adding charred tomatoes, roasted avocado leaves, and a bag of toasted and cracked corn, which was made from the same incredible corn that the (now, long-gone) tortillas were made from. Everything smelled amazing and I couldn’t wait to eat. And a heads-up: my next book is going to be called My Mexican/Paris Kitchen, featuring Susana Trilling, and Jesse. 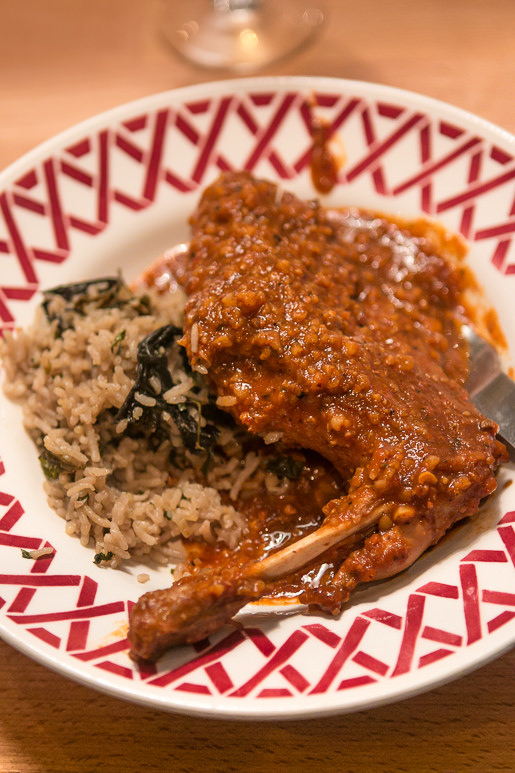 Because we were on “Mexican time” (which is even later than “Parisian time”), we didn’t finish dinner until around 1am. Fortunately the warm búdins de chocolate Oaxaqueño, a very rich baked chocolate bread pudding with mescal-soaked raisins and cubes of bread, along with a red currant salsa and whipped crema, had just come out of the oven, and we each happily enjoyed our own individual dessert before turning in for the night.

But get this. Instead of hanging around, hunched over his phone with a cigarette dangling from his lips, like all the other teens these days, as soon as Jesse had arrived, he immediately sized up my kitchen, started chopping onions and griddling peppers, and went all-out making the dinner with his mother. And not only did he do an amazing job of cooking the food, he cleaned everything up, and didn’t leave until all the dishes were washed. ¡Beaucoup de gracias! 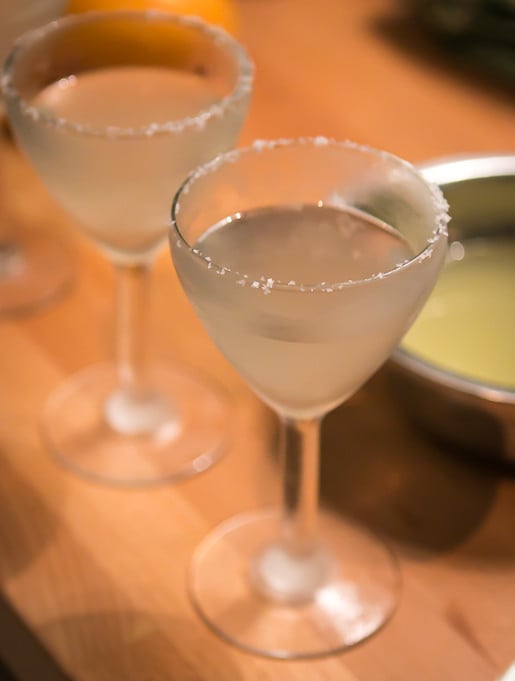 Susana promised next time that she’d make mole, which is one of my favorite dishes. And I hope next time, we make it together in her (truly) Mexican kitchen, in Oaxaca.