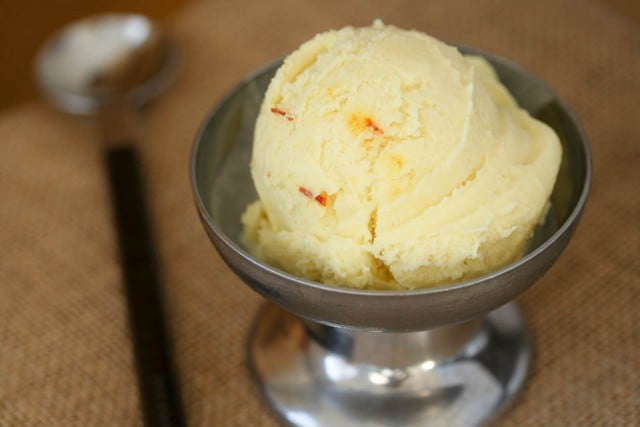 It’s true that the French have a thing for singers in pain. But Americans aren’t really all that different. They had Jacques Brel and Edith Piaf, and Barbara and Dalida.

Bonus points are given if one is so triste that they commit suicide. Which makes Britney Spears ineligible, but we Americans do have Judy Garland. Being French, naturally, Romain worships Judy Garland.

And last year when Rufus Wainwright re-created Judy at Carnegie Hall at the Olympia theatre in Paris, I tagged along. During the entire show, Romain kept his eyes glued to the stage. Each word, each note, every nuance was hung on to, tears nearly welling up in his eyes. It was as if Judy herself had sprang from the dead for this one time-only event. Transfixed, he simply couldn’t believe it. 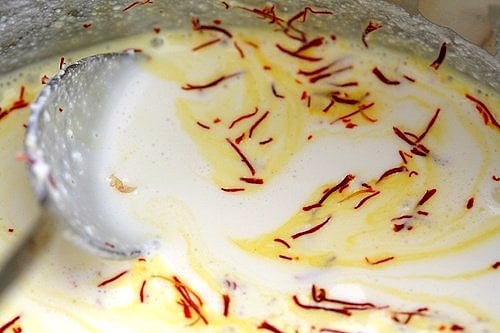 Midway through the evening, Rufus paused dramatically, and announced a special guest. A moment of tense drama ensued, then the roving spotlight finally hit upon a well-coiffed woman, all decked out in a shiny blue dress and lots of gold jewelry, striding in from the wings: Lorna Luft had arrived.

Perplexed, Romain asked me who she was. When I said she was Judy Garland’s other daughter, it was as if I’d told him he was holding the winning ticket to le Loto. Once he sat back down and stopped whistling and screaming (and I stopped dying of embarrassment), he asked me why he never heard of her, a question which I had trouble answering. I guess Grease 2 had never made it to France.

But when Lorna sang, she belted out her song like a seasoned crooner, easily eclipsing Rufus, and I told Romain that “she showed ’em how it’s done”, which was another expression I had a little trouble explaining. But that girl’s got chops, and I’m sure her mom would be proud of her today. 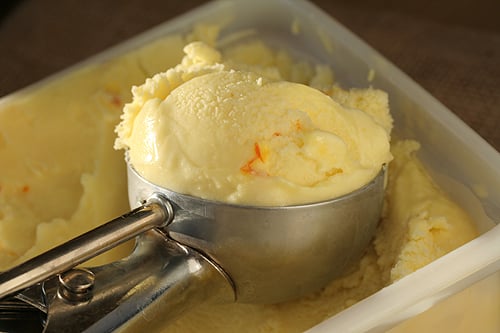 Fast-forward to last week. I was leaving my apartment and ran into the guardienne, who had a package for me. I was on my way out, but when I saw the return address, I went back inside, shut the door, ripped open the box, and pulled out my brand-new copy of Delicious Days, the new cookbook from Nicky Stich. I see a lot of books, but I was really excited about this one.

If you know her blog, delicious:days, you know how absolutely stunning Nicky’s photos are. Like her blog, the recipes in her book are equally compelling, and the design of this book just brings it all together. Of course, Nicky did just about all of it; from snapping the photos and creating the recipes to laying out the pages. She showed ’em how it’s done.

As I turned the pages, I was stunned by this really gorgeous book. There were so many recipes that looked interesting, including Schoppala, butter-fried potato dumplings (now how good do those sound…and look?) and Butter Caramels with fleur de sel.

But I dialed in on the recipe for Quick Coconut Ice Cream with Saffron. Anything that has “quick” and “ice cream” in the title prompts me to get right in the kitchen. (Which, admittedly, in a two-room apartment isn’t all that far.) Having “coconut” and “saffron” in there are bonus points. 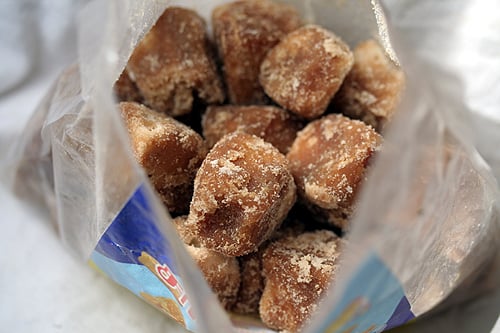 I veered a bit from the recipe and used palm sugar, which is the boiled down sap from the palm tree. Used a lot in Asian cooking, I often swap it out with white sugar in recipes where there’s coconut or other tropical flavors, since it compliments them so nicely. Often it’s sold in solid chunks which will dissolve when heated, like this super-simple blend of coconut milk, cream, and saffron threads. Next time you’re in an Asian or Indian market, pick up a sack. And look for chunks that are quite dark, which have the most flavor. 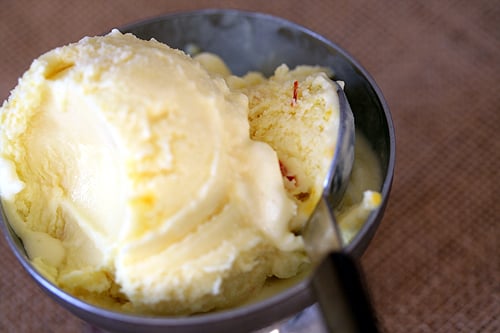 I loved this ice cream. So much so, that when I was shooting the pictures for this post, I kept licking the spoon, it was so good. Thanks Nicky, for showing us how it’s done. Judy would be proud. And I’m beaming with pride, too. 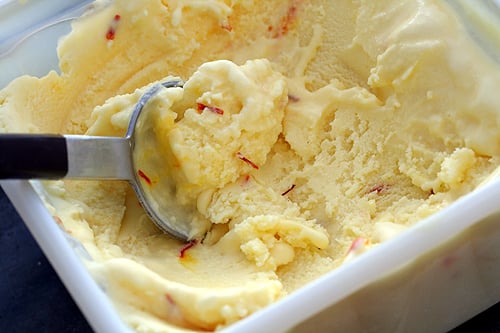 Adapted from Delicious Days by Nicole Stich If using palm sugar, crumble or grate it as best you can before using, to help it melt. This ice cream is really outstanding and if you’re wary of the saffron, don’t be. It adds an elusive flavor to this custard, which pairs especially well with the tropical taste of coconut milk.

Note: If you don’t have an ice cream maker, check out the post Making Ice Cream Without a Machine.

You can get an inside look at Delcious Days, which is also available in German.