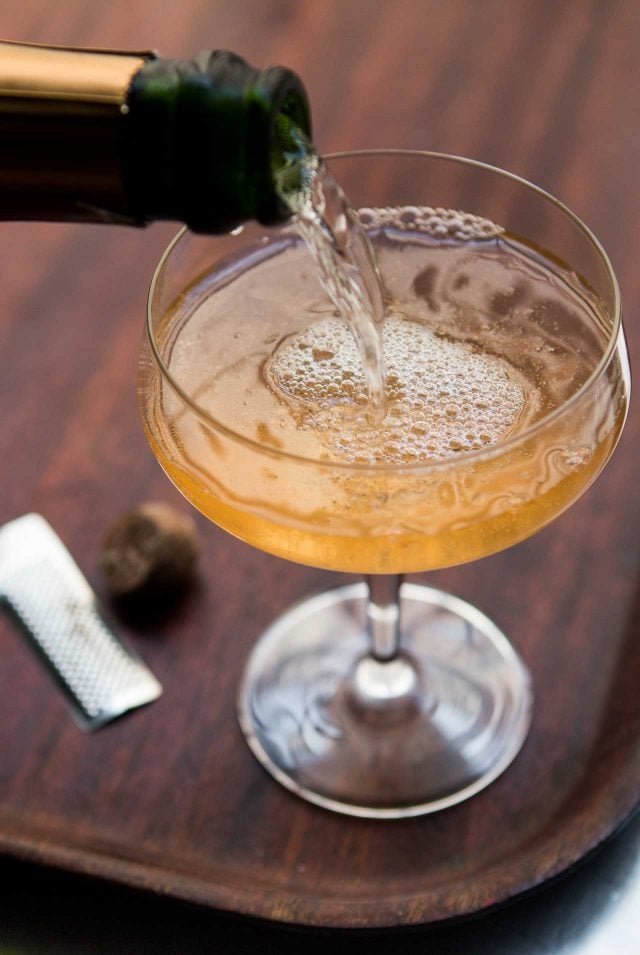 This elegant sipper is the creation of Damon Boelte, who is the head bartender and co-owner of Grand Army bar and restaurant in Brooklyn. Not only is Damon a great bartender, but he has a particular knack for naming cocktails. This one is based on an experimental music album (Damon is also a musician), although I like to think it got its name because it’s so good…you don’t want to say goodbye to it! 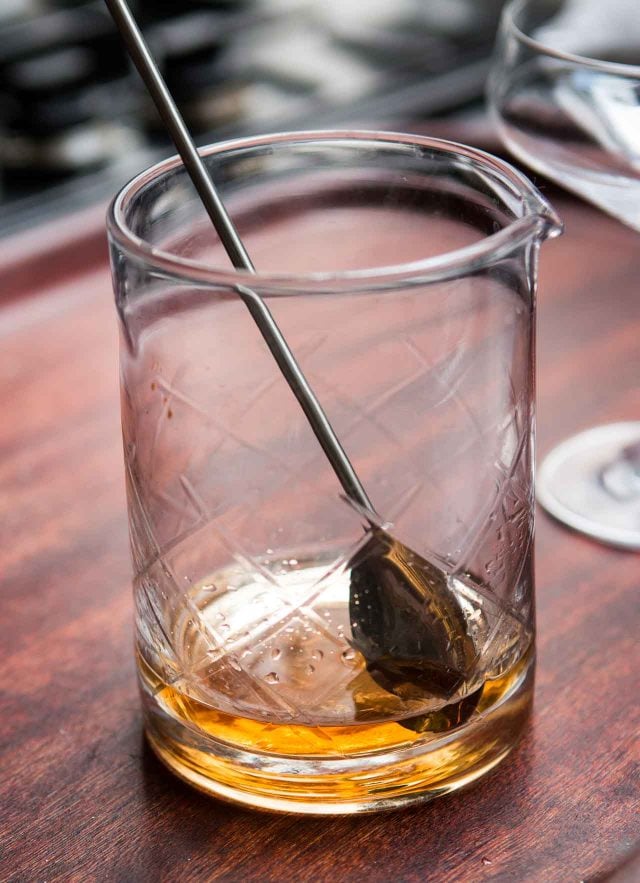 I was tipped off to this luscious cocktail by spirits writer Brad Parsons, who included it in his book, Bitters. The lush apple-flavored Calvados pairs remarkably well with the fragrant elderflower liqueur, topped off with a pour of sparkling wine, which makes things more festive. 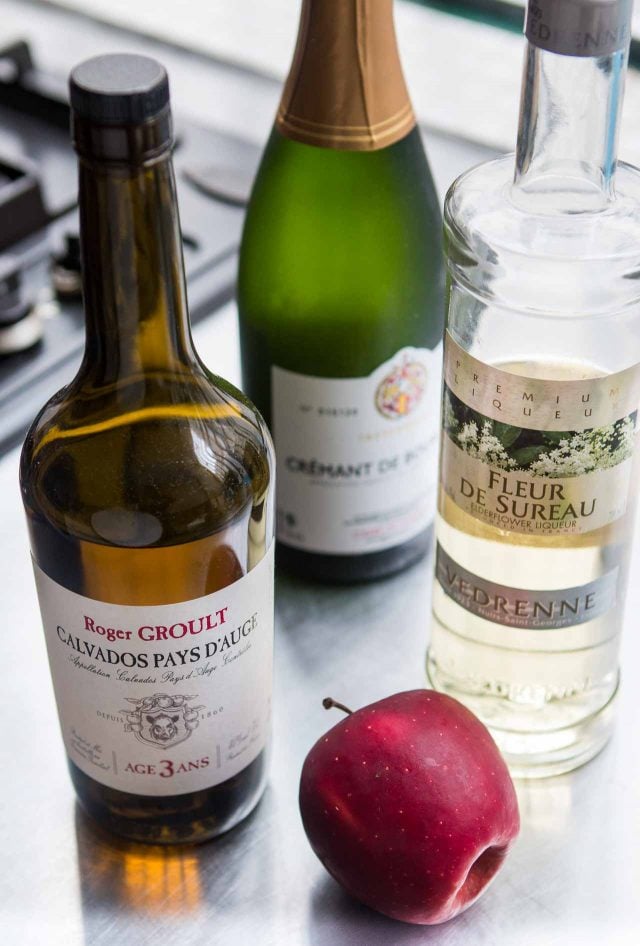 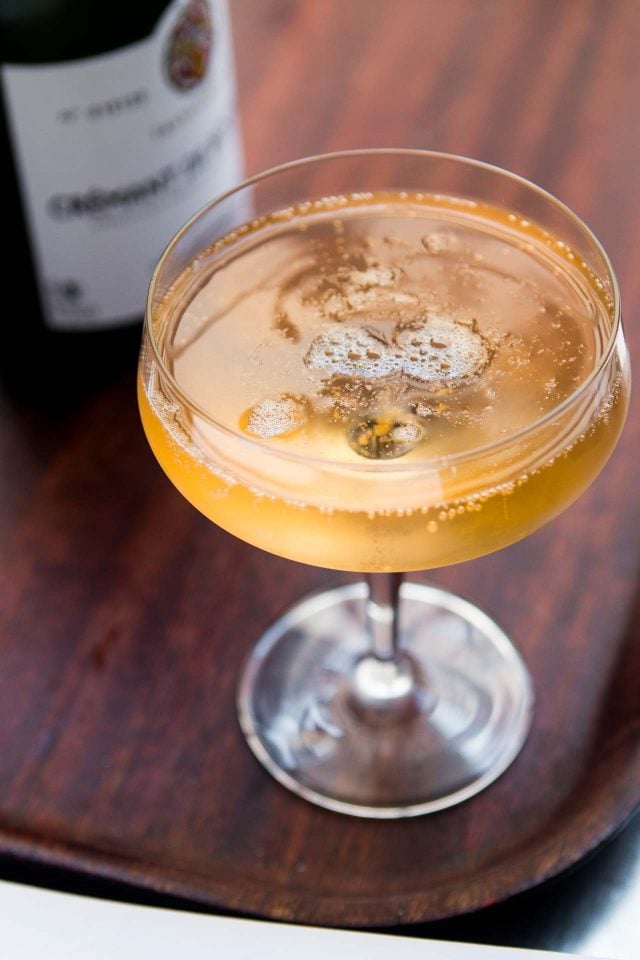 From a recipe by Damon Boelte of Grand Army bar and restaurant I used Calvados but feel free to use another apple brandy or Applejack. The original recipe calls for Fee Brothers Whiskey barrel-aged bitters, but I found a tiny dash of apple, apple blosson, or aromatic bitters (such as Angostura) is nice. Although another complimentary-flavored bitters would work. Sparkling (hard) cider could also be used in place of the sparkling wine or Champagne. Elderflower liqueur is sold under several brand names, including Vedrenne and St. Germain.
3/4 ounce Calvados, or another apple-flavored brandy (see headnote)
3/4 ounce elderflower liqueur
1 dash bitters, such as apple or aromatic
Champagne or dry crémant, or another dry sparkling wine
dash freshly grate nutmeg
1. Pour the Calvados, elderflower liqueur, and bitters into a cocktail mixing glass. Fill partially with ice and stir until well-chilled, about 15 seconds.
2. Strain into a chilled coupe of Champagne glass, add sparkling wine or Champagne, and top with a very small dusting of freshly grated nutmeg. 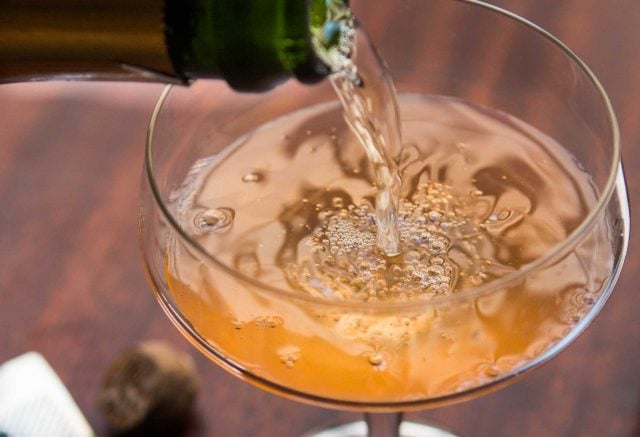 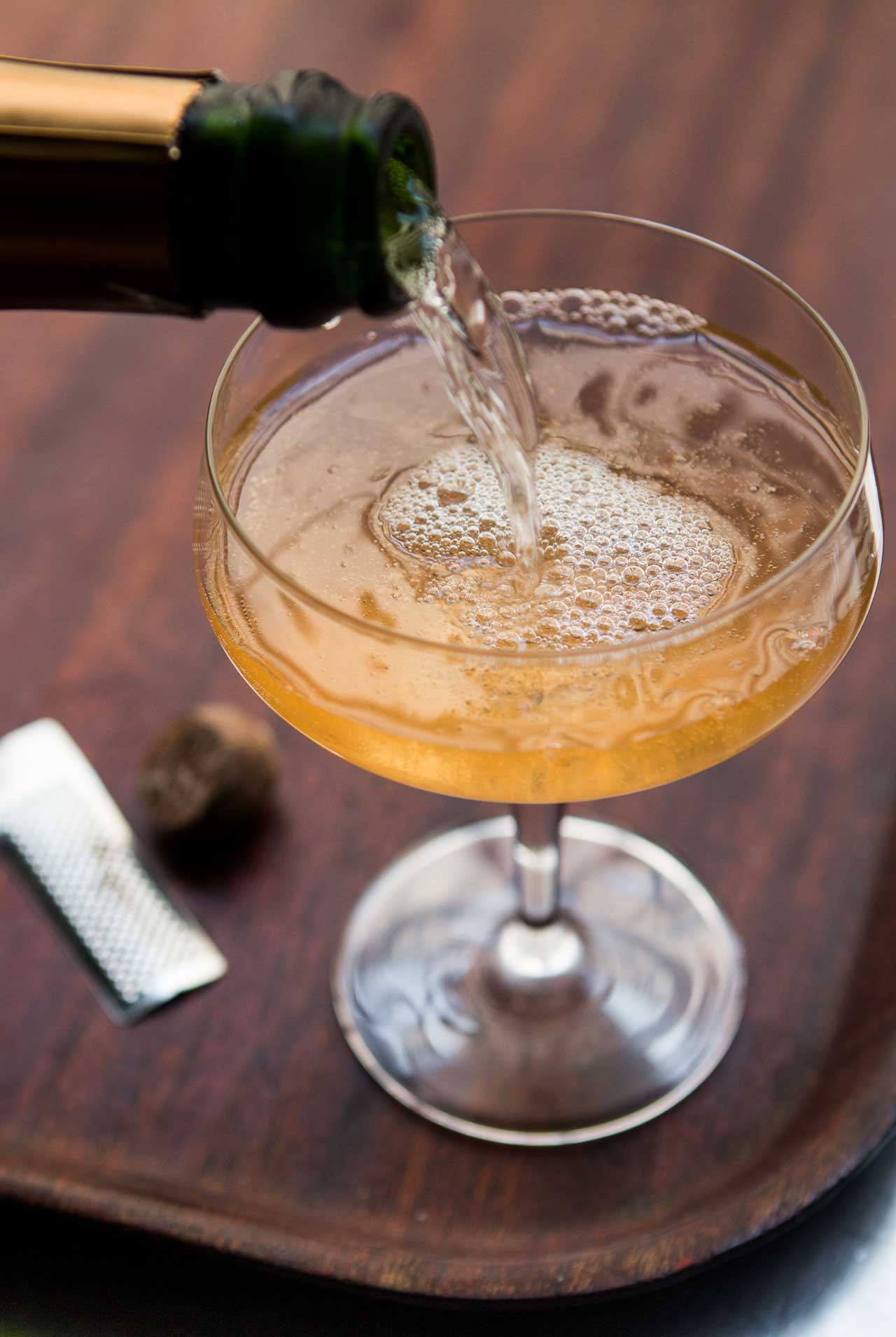