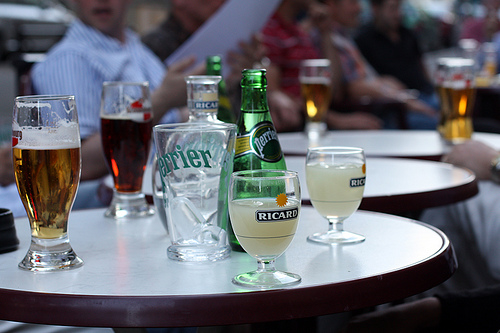 I’m sitting in a charming trailer, my makeshift room for a few days, parked alongside a serene canal surrounded by chickens and a few baby lambs roaming about here and there. So yes, I have to watch where I step. But it’s here that I’m unwinding after a rather curious weekend of wine tasting, which I’m slowly recovering from. Sure, there was a lot of wine, but as the temperature shot up to 38ºC (100ºF), and many of the events involved standing for a few hours in the blazing French sunshine, unprotected, it was hard to stay focused on task at hand. 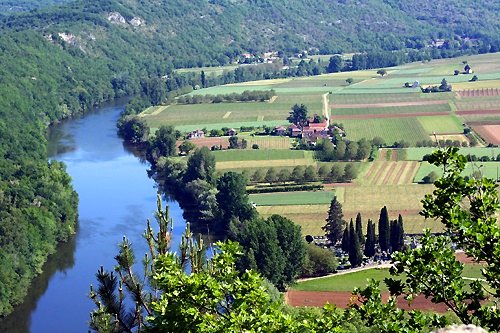 I’d been to Cahors before, which is in the region called the Lot, when I went truffle hunting, and to the amazing truffle market in Lalbenque. 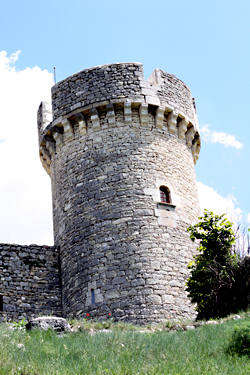 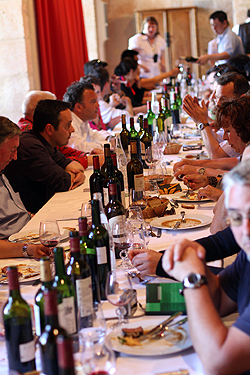 This time around, I was a guest at Malbec Days, where I was fortunate to meet some wine bloggers, including Joe of 1 Wine Dude, Nick of Home Wine School, and Rémy of The Wine Case, who were kind enough to let me tag along with them and steer a neophyte toward the good stuff.

(One tip I learned from a local was to go for anything with 2005 on the label, which was supposedly an amazing year for wines from the region.) 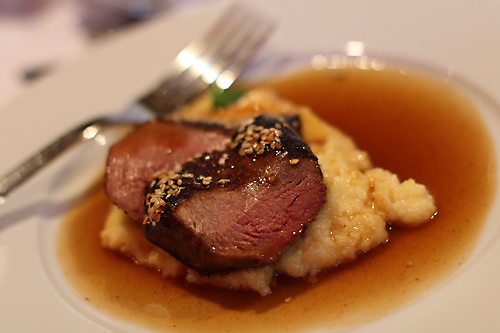 Indeed, malbec is rich and inky, and nicknamed “black wine” because it’s so thick, chewy, and dark. We drank as much as we could (well, I drank…most of the pros spit), and there were pairings with some of the regional specialties, like red-rosy slices of roast duck and small rounds of Rocamdour cheese. 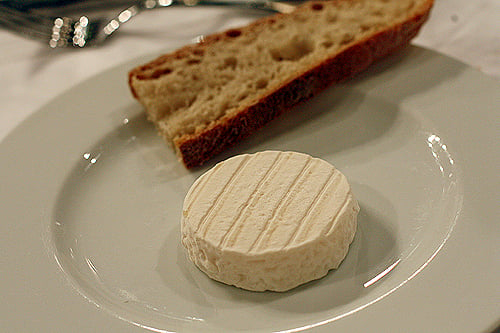 And like Saint-Marcellin, it just doesn’t taste the same as when you’re in the region where the cheese is produced. Which I had to verify, repeatedly. 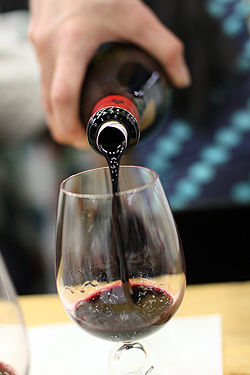 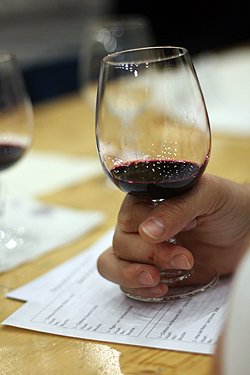 These creamy disks of tangy goat’s milk cheese are eaten in various stages of ripeness, and unlike other cheeses in France, are often served as an appetizer, spread on crusts of levain (sourdough) toasts. Interestingly, at the local market, each small cheese sells for just 43 centimes. Who says there are no bargains left? 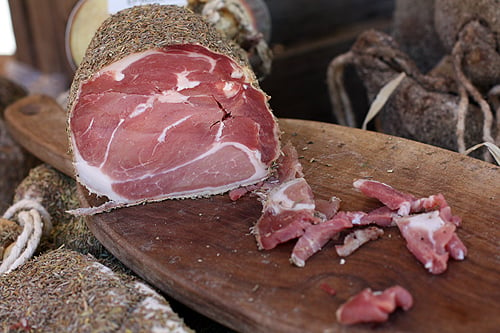 We did get to sample saffron-Rocamadour macarons, but after my initial bite of one, I was searching for a way to discreetly dispose of the rest. I’ll stick with the real deal. 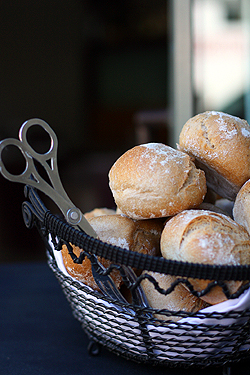 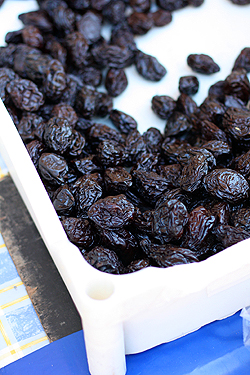 I did ‘go rogue’ and hit the outdoor market in Cahors. I didn’t pick up any cheese, since I was doing a bit of traveling, but I did pick up some lovely, quite bitter chestnut honey, slices of air-dried ham, and those luscious pruneaux d’Agen that are just so spicy-sweet, it’s hard not to eat too-many. (A decision I often regret the next morning, especially when we’re on the bus for an hour, en route to a winery. It makes for a rather anxious ride.) 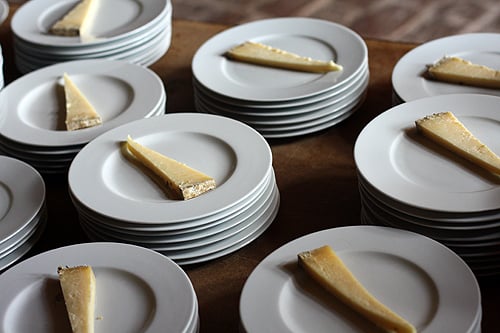 We had just a few sit-down meals, so I led the opposition to finger food (and cheese-filled macarons) at the buffets offered and headed to Le Marché, where we had a terrific repast that went into the late evening, enjoying icy Sancerre, which was a nice contrast to all the heavy red wine we’d been tasting, and Quercy lamb. 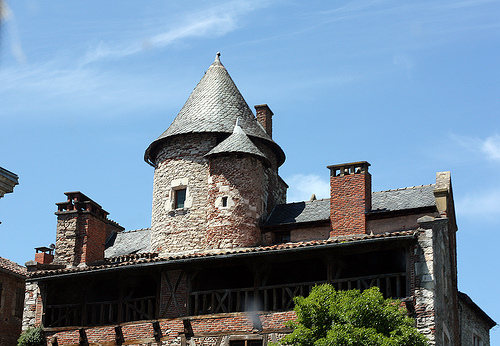 My dessert had a tangle of cotton candy, called Barbe à papa in French, or “Daddy’s Beard.” I’m still undecided whether I like our title or theirs: hair doesn’t sound especially appetizing when related to food. But I’m not picky when it comes to cotton candy. I love the stuff. 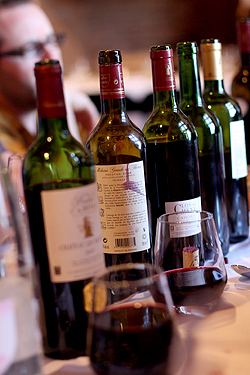 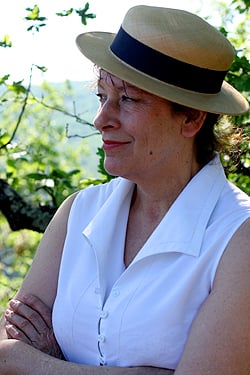 Escaping the heat became quite a bit of my time; I guess I’m not as hardy as the locals. The food, the wine, and everything else became a bit of a blur. And not a wine-induced one. I eventually began to spit everything as well, and it was hard dumping the barely touched remains of an extraordinary vintage in the buckets, but it became necessary just to keep myself in a vertical position. 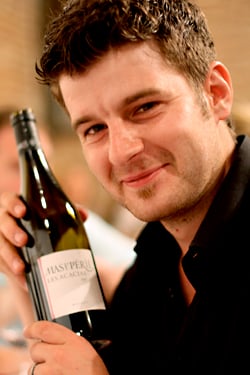 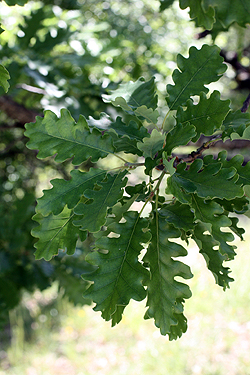 And after the weekend in Cahors, I headed west to Agen, to spend a few days with my friend Kate to recuperate before heading home. Where I am now plucking fava beans from her garden, checking the progress of the eggs underneath the fat hens, and waiting patiently for the rosé to chill. 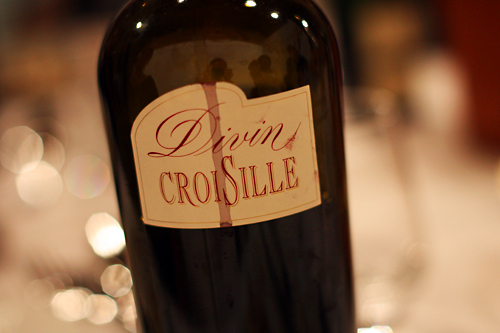 It’s hard work…which is why I’m sitting in my room, writing about the last few days, while the women are all outside digging dirt and tending to the flock. So I’d better get going and pitch in. 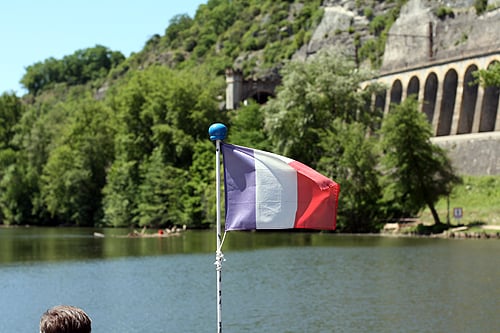 Even though life in the south of France is much slower, a certain vaguely Parisian fellow better get off his duff and help. 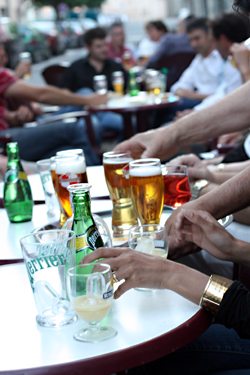 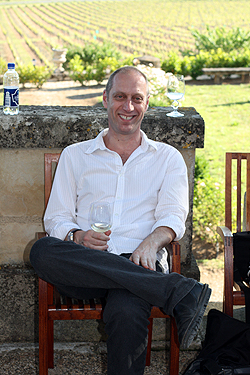 At least I have a souvenir of the weekend; a set of black teeth and tongue, a casualty of drinking too much malbec wine.

It might not be to everyone’s liking, but for those of us who were there, it was hard to care what the others looked like. 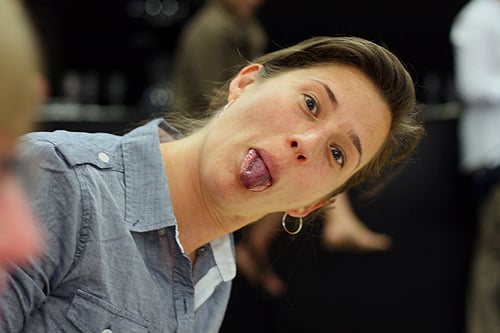