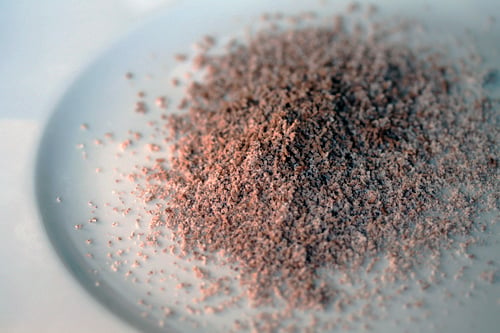 Today is World Nutella Day, and I’m caught with my trousers down. I prepared a dish (well..sort of) but didn’t get around to writing up something unusually profound to say, so a picture of it is going to have to do for now.

I got sidetracked by a whole bunch of stuff, and had a lot of things I was going to post about this week, then along came 89 other things, plus an appointment with the podologue, so I’ve been washing my feet like mad, I mean, scrubbing them really, really well before my rendez-vous. Seriously, I think I spent the better part of the week washing them.

Anyhow, here’s a shot of Nutella, in a slightly different form than you might be used to seeing it in.

It’s part of a post I’m in the middle of, but got sidetracked by taxes (in two languages…so please don’t complain if you’re just doing them in one), four-to-six sinkloads of pots and pan which I’m confronting on a daily bases, a lesson yesterday in making galettes that made me feel like a total f-ck-up, plus I had to spend a few days figuring out why I’m contractually unable to put up a killer-good chocolate recipe that I spent two weeks testing and working on.

So I’ll be posting the story behind my Nutella shot in the next week.

Uh, better make that within the next ten days, and give myself a little leeway. Who knows what’s going to come up in the meantime? So it’s back to washing dishes. And maybe I’d better give those feet of mine another once over, while I’m at it.

To read what this is, and how I did it, check out my post Playing with Powder.

For more on World Nutella Day and to see the other entries (presumably from people who got it together in time, unlike some people around here…), visit Ms. Adventures in Italy and Bleeding Espresso.