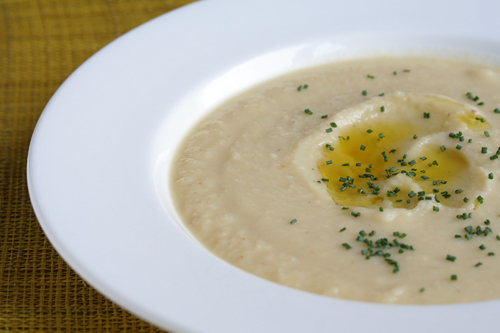 I’ve always dreamed of writing a soup cookbook. A book of recipes where there’s no need to carefully measure or weigh anything, variations are not only allowable, but encouraged, and cooking times are merely suggestions and not cast-in-stone instructions to be followed like the ten commandments. 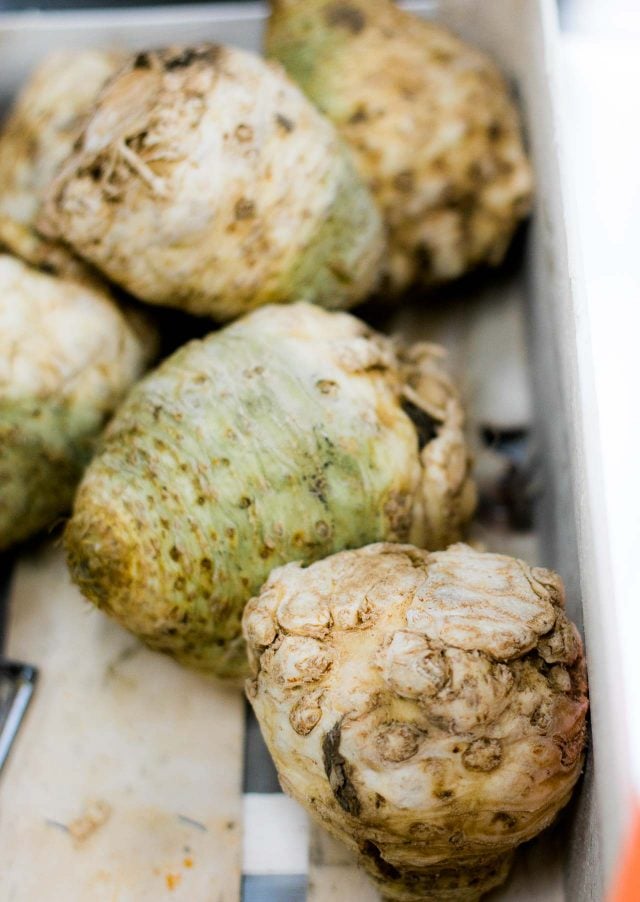 In addition, yes—most soup recipes can be successfully multiplied or divided, and yes—they can be made in advance and often frozen. And if someone adds an extra onion or potato to the pot, the world won’t open and swallow us all up, and life as we know it won’t end. 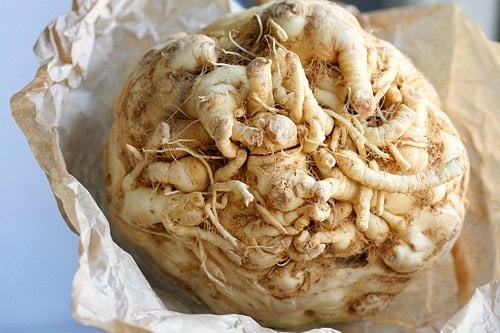 Aside from clutching our hot water bottles, Parisians keep warm during the winter by eating lots and lots of hot soup.

I make soup in the winter, since it’s easy, warming, and nice to have on hand. I rarely order soup in restaurants, since I can’t see paying ten bucks for a bowl of something that’s ridiculously easy to make at home.

During the winter, just about every vendor at the markets here sells big wedges of potiron, or pumpkin, which I either oven-roast or peel and use to make soup out of. I actually just decided that the best way to cook virtually any vegetable not going into soup, especially root vegetables, is to oven-roast it. I’ll skip those fancy gratins or creamy purées in lieu of caramelized nuggets of pumpkin or celery root. But I recently decided to expand my culinary soup horizons when I saw this gnarly céleri-rave that was grown by one of the producteurs at my market. And into my basket it went. 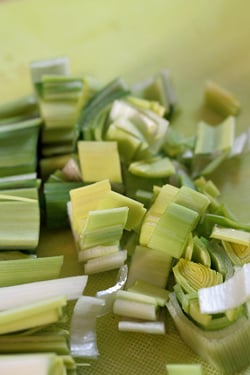 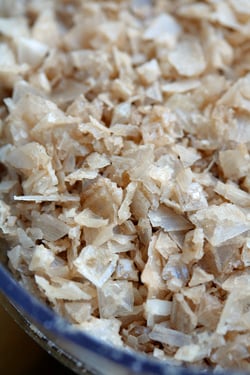 Along with that monster celery root, leeks are available in France very easily and used frequently, and I’m trying to get into the habit of using them, too. So a bunch went into my basket as well. Oddly, it can be hard to find certain root vegetables in Paris, like parsnips (j’adore…), horseradish (j’adore…), and rutabagas (j’adore aussi…), though. One vegetable vendor told me it was because of their association with the poverty of the war. But now the younger generation is discovering them and they’ve become branché or trendy, which is a movement I’m happy to promote.

Celery Root Soup is very easy to prepare—and cheap. I think the entire pot of soup cost me about two euros and took me less than ten minutes to put together. You can use onions if you can’t find leeks.

The best way to clean leeks is to cut off the green parts, which the sellers do for you here, making it easier to wend your way home. Then use a knife to make a long vertical slice, lengthwise, cutting the leek in half, but leaving the billy goat beard-like end intact. You then turn the leek a quarter turn, making another lengthwise cut. Then it’s easy to open up the layers and rinse out any grit. If they’re especially gritty, I swish them around in a bowl of cold water, changing the water until it’s clear. There’s nothing worse than eating gritty leeks, except maybe spinach. If that’s too complex (hmmm…maybe I’d better re-think this soup cookbook idea…), just cut the leek into pieces and rinse them thoroughly in cold water, letting them drain well before sautéing. 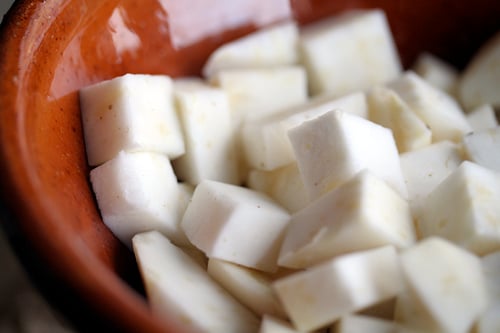 This soup is also quite healthy and I don’t add cream or anything like that, but instead finish each bowl with a swirl of my freshly-pressed olive oil. I also just discovered white pepper, which I never understood. I mean, if you want pepper, black pepper always seemed like the right choice to me, not insipid white pepper. But then I remembered I had a small packet of white pepper from Penja, which has the spicy bite of black pepper but wouldn’t leave black speckles in the soup, if that’s a concern. 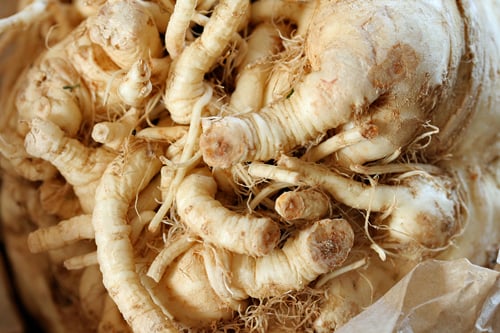 My friend Judy, who teaches cooking in Tuscany, taught me to slice garlic very thinly, rather than mince it, which can cause it to burn. And I’ve been doing that even since. I like a mix of chicken stock and water, or you can use all water. Since moving to France, where canned chicken stock isn’t available (although “the cube” is), I’ve become a convert to homemade stock, which really makes a world of difference. As mentioned, soup is great because you can take it in so many different directions. Especially this one. I’ve mentioned a few garnishes that you might want to try at the end of the recipe, but I’ve been sprinkling my bowls of celery root soup with smoked salt, which can be found in well-stocked grocery stores and specialty shops. I love it.

Variations: Celery root has a distinctive flavor, but don’t hesitate to experiment with adding other ingredients. Cubes of pear or apple could be cooked with the cubes of celery root and puréed, a dusting of nutmeg, or some tangy crème fraîche instead of the olive oil are all worthy additions. I’m a big fan of chucks of crisp bacon floating around in there, or you can even add a swirl of another root vegetable soup, such as beet or carrot. And if you’re feeling opulent, this soup lends itself very well to shaved truffles scattered over the top.