I’ve had my blog for a while, over twenty years now, and one of the first recipes I posted on it was for a Cosmopolitan cocktail. Back then, in the 1990s, Cosmopolitans were still the rage. Much of it was due to Sex in the City, where they were the drink of choice for four women who were close friends, trying to find their way in New York City, navigating through boyfriends, parties, careers, and cocktail bars. During their get-togethers, the cocktail of choice was always a round of Cosmos.

The cocktail become somewhat of a cliché and faded from popularity as the craft cocktail movement elbowed in. But everyone once in a while, I still like a Cosmopolitan.

Unlike other colorful drinks, the Cosmopolitan isn’t sweet. It’s just the right balance between tangy and fruity, with vodka as a base; it’s not overly flavorful but provides a nifty “hit” of booze and doesn’t compete with the other flavors. 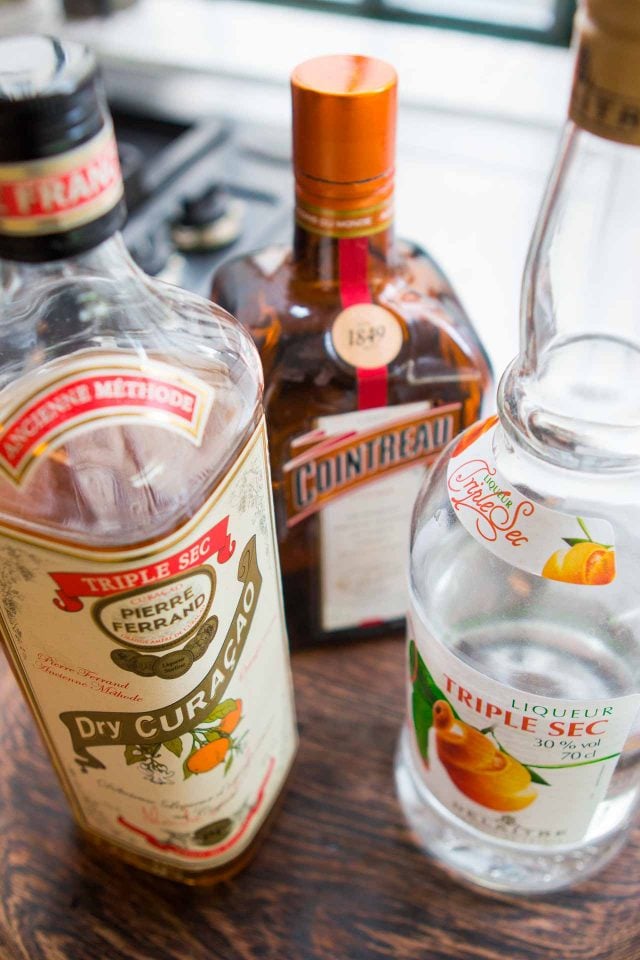 This drink was the creation of Toby Cecchini, who now owns the Long Island Bar in Brooklyn, one of my favorite bars anywhere. He’s a pretty quiet guy, so it’s hard to imagine him working at the Odeon, a restaurant and bar in Manhattan that was incredibly popular, especially with celebrities. Toby lived in Paris for a while and keeps a stash of French spirits in a closet behind the bar that’s so narrow, you need to walk sideways down it. It reminds me of some of the elevators in old Paris buildings!

Due to the pink color, the Cosmopolitan became especially popular in San Francisco, and I was probably responsible for drinking at least my share of them, if not a few more. But still, to this day, I shake up a Cosmo every once in a while at home, and relax with one of the best classic cocktails ever invented. 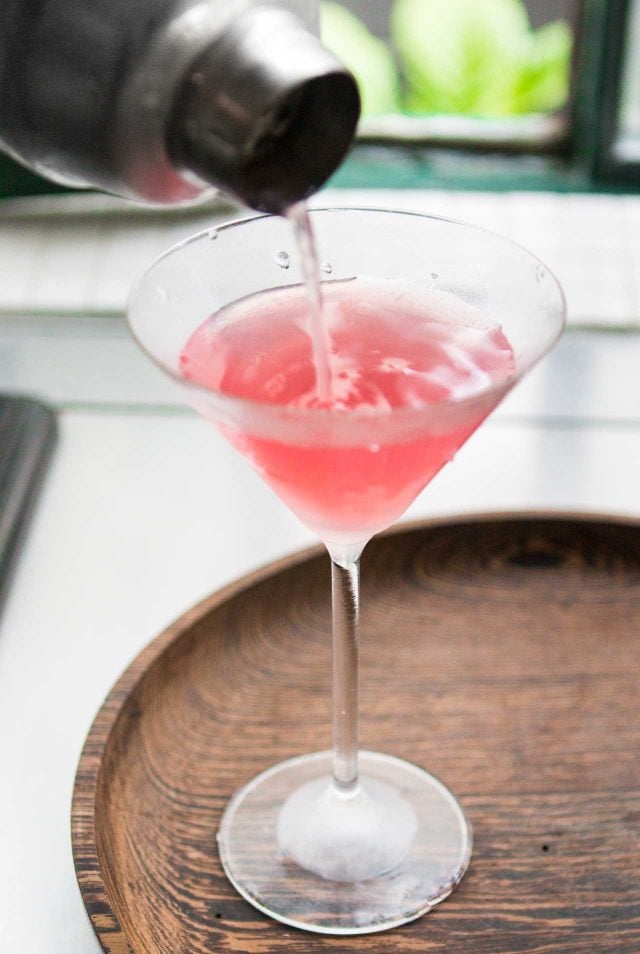 Triple sec refers to orange liqueur. Cointreau is a classic and often used in Cosmopolitans because it's clear. Grand Marnier is another option, which has a cognac base, so that adds a little tint. Pierre Ferrand curacao is another French triple sec made the old-fashioned way. (Don't worry. It's not blue!)
Servings 1 cocktail

When serving cocktails, it’s obligatory to serve something to nibble on. These Roasted Nuts with Rosemary, from my book Drinking French which are quick to make and go perfectly with this classic cocktail. Roast 3 cups (about 400g) of mixed raw, unsalted nuts (almonds, pecans, cashews, hazelnuts, brazil nuts all work well) in a preheated 350ºF (180ºC) oven for 10 to 12 minutes, stirring once or twice during baking, until golden brown. Transfer the hot nuts to a bowl, and toss in 3 tablespoons very coarsely chopped fresh rosemary leaves, 1 teaspoon cayenne pepper, 1 tablespoon melted butter, and 1 tablespoon kosher or sea salt.