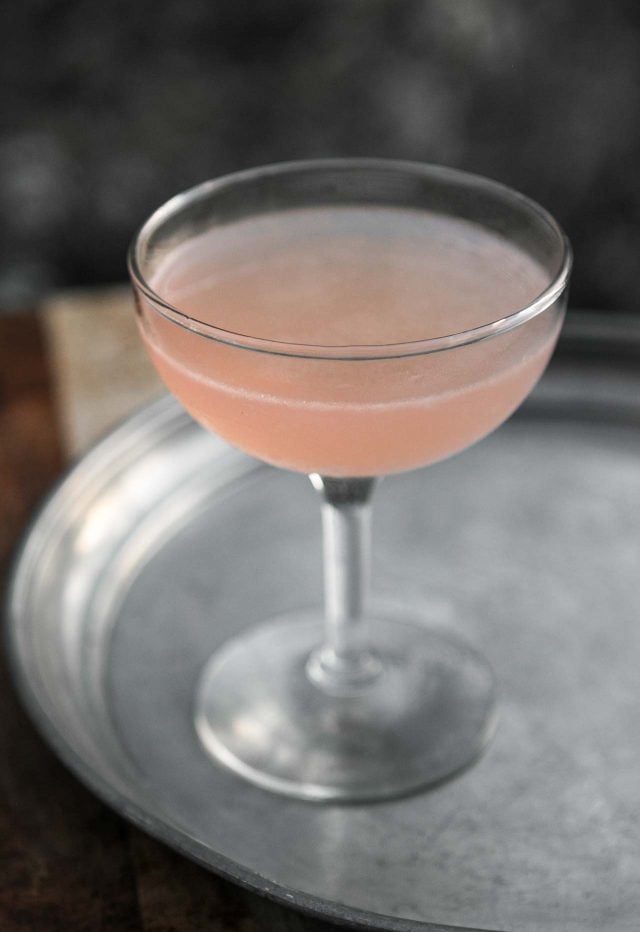 The other day, I watched nuclear warheads being rolled into place. I was in New York and saw the news on a television at the gym, as people did their reps and stomped away on the treadmills around me. I looked around and realized that I was the only one watching, standing transfixed in front of the television, with my mouth slightly agape, because it’s something I never thought I’d see in my lifetime. 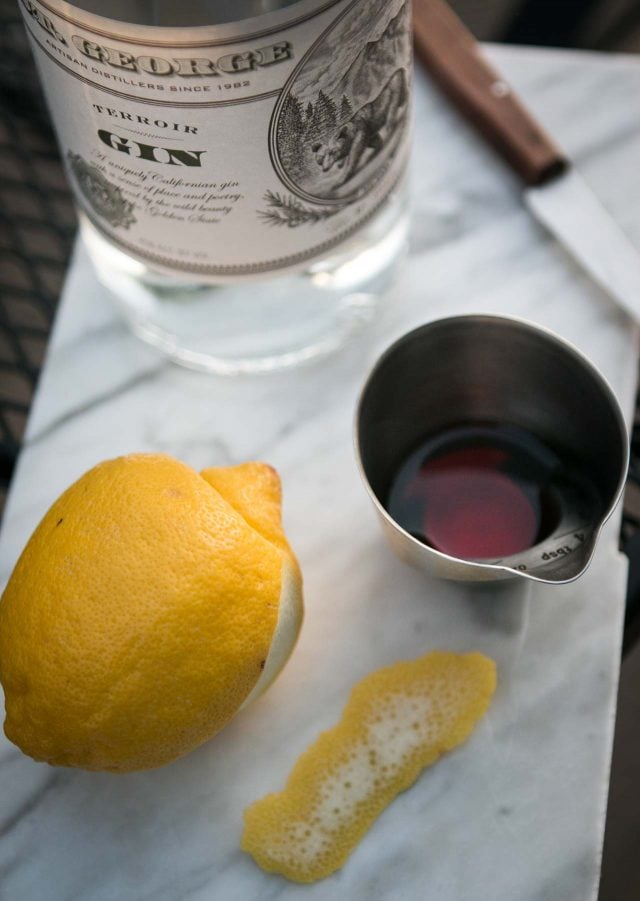 Like everybody else there, I went back to what I was doing and headed toward the exercise room. But couldn’t get it out of my head that that’s our new normal. We’re not shocked anymore, even though this might very well be it for us. I’ve never thought of anyone as “our enemy,” possibly because I look at the world through the lens of food. (And drink.)

I have been watching The Americans, a suddenly relevant program about a time when our relationship with others was especially contentious. It shows how far we’ve come because it seems so pointless now to have enemies, with globalism making diplomacy easier, and our cultures being more integrated. But I guess it’s harder than I thought, and things have gotten touchy again. 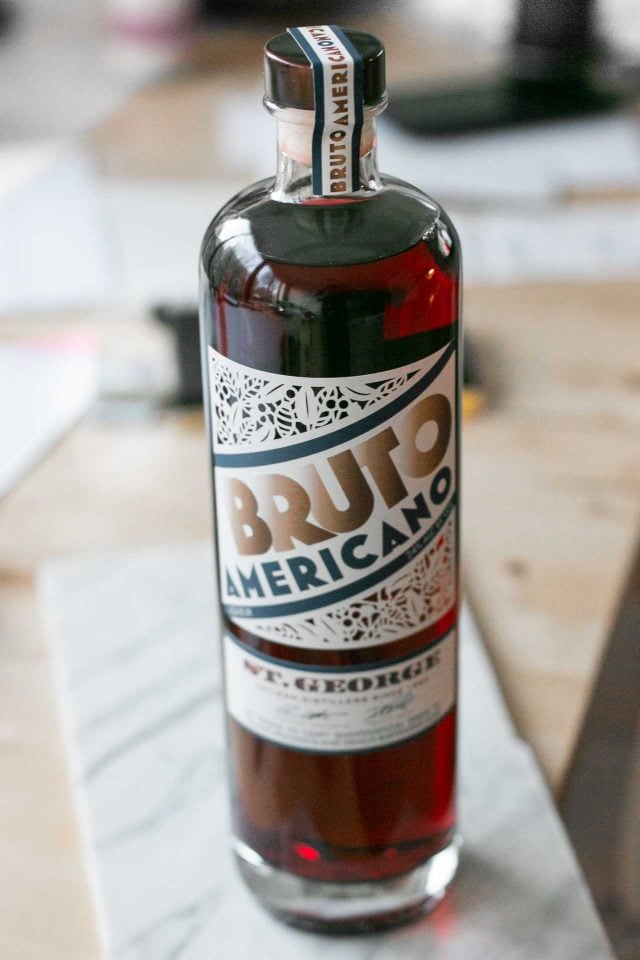 So I decided that I needed (another) cocktail. I’d bookmarked the Jasmine from The Canon Cocktail Book, and returned to it because I finally got my hands on a bottle of Bruto Americano from St. George Spirits. A while back I had posted a Negroni Sbagliato Spritz recipe that called for Campari, and a number of people chimed in that they didn’t want to drink a liquor with artificial coloring in it.

I was excited to see that St. George Spirits was infusing a bouquet of botanicals to make this Italian-style bitters with cochineal used as a natural colorant. It’s made from bugs and provides a scarlet color to bitters and liqueurs, including this American-made aperitif.

I had seen a bottle of St. George gin (made in Alameda, California) behind the bar at a restaurant in Paris, and the staff was surprised that I knew of the company. I posted a picture on Instagram and someone from St. George sent me a message, and we chatted a bit, and I mentioned that I knew the founder of the company, Jörg Rupf, who pioneered the American distillery movement in 1982 by making eau-de-vie that rivaled bottles found in Europe. 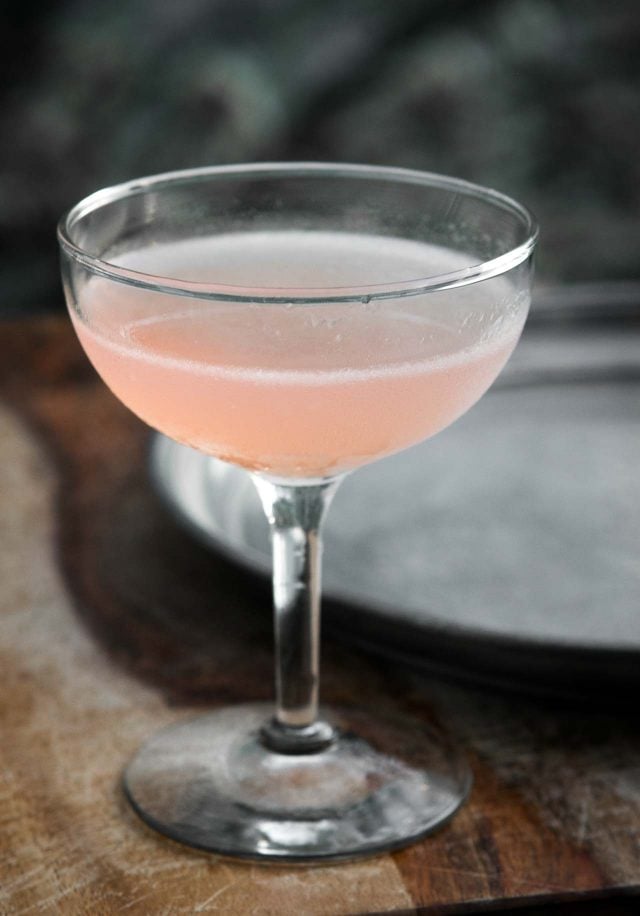 Americans weren’t all that interested in liqueurs and distillations back them, but things have changed since Jörg started putting away barrels of heirloom apples in oak for years to make brandy, and forgetting about them, or distilling everything from kiwifruit to holly berries. I was excited to taste their bitter apéritif, Bruto Americano, which they sent me to try. It isn’t subtle, but balanced enough so you can taste the complexity of botanicals that are used in it, which include bitter oranges and gentian root.

This Jasmine cocktail that I used it in, isn’t named after the flower, but by the bartender that invented it, Paul Harrington, who shook it up for a friend, named Matt Jasmine. Although it has a good squeeze of lemon juice, it resembles – and tastes like – a drink made with grapefruit juice. Think of it as a next-generation Cosmopolitan, but with a little more sophistication, and definitely more of a kick. 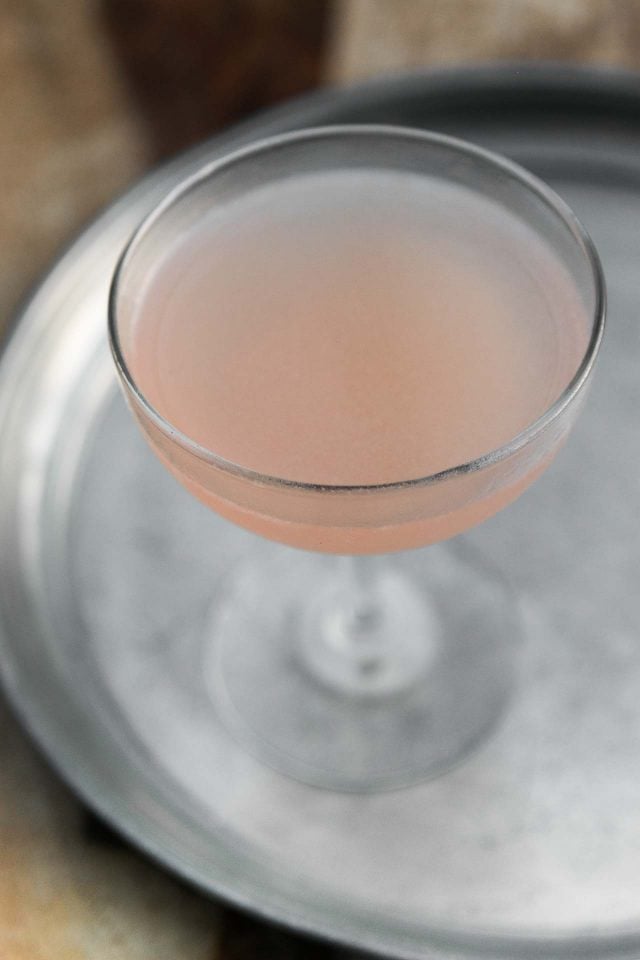 The instructions to make it said you could add a strip of lemon zest as a garnish, which I tried, but preferred it without. Not everything has to be taken to the next level and this cocktail is one of them. It’s just the kind of cocktail that I like; a few ingredients that make a drink that turns standard bar ingredients into something with a new flavor profile. This drink isn’t lacking for anything. It’s strong, without knocking you off your bar stool (or treadmill, or wherever you like the drink), but refreshing enough to cool you down on a warm spring or summer day. As for me, I’m drinking one as a toast to good international relationships, and hope for peace.

Adapted from The Canon Cocktail Book by Jamie Boudreau They say that your cocktail is only as good as the quality of the liquor that you put into it. The original recipe said to use a gin that's heavy on botanicals (Tanqueray), but find one that fits your bill and is to your liking. While I did use Bruto Americano, you could use another bitter aperitif, such as Campari, (I linked to a few others in an article, after the recipe), although I think if you add a bottle of this to your bar, you'll find yourself drinking it on the rocks, maybe with some sparkling water as a refreshing, low-octane drink, or using it in other cocktails in your repertoire, as I've been doing.
1 1/2 ounces gin
3/4 ounce freshly squeezed lemon juice
1/4 ounce Triple Sec
1/4 ounce bitter red aperitif, such as Bruto Americano, or Campari
1 wide strip lemon zest, optional
1. Add the gin, lemon juice, Triple Sec, and bitter aperitif to a cocktail shaker.
2. Fill the shaker halfway with ice. Shake for 15 to 20 seconds, then strain until a chilled coupe class. Garnish with a strip of lemon zest, if desired.

A Guide to the Best American Amari and Aperitivi (Punch)

Bruto Americano, a Campari cousin, is anything but ugly (Chicago Tribune)