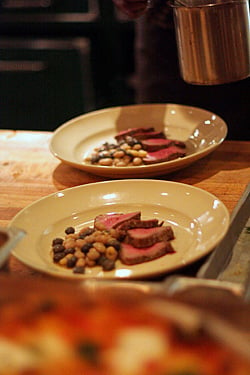 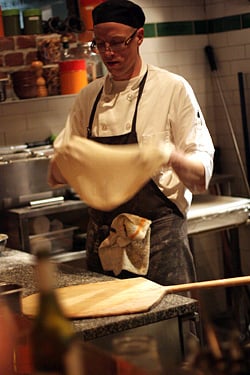 I’m going to get this out of the way right off the bat: I worked with Mike Tusk at Chez Panisse – he was a cook upstairs in the café and I was downstairs in the pastry department, and although I knew he was a good cook, I was blown away the first time I ate at his restaurant, Quince. 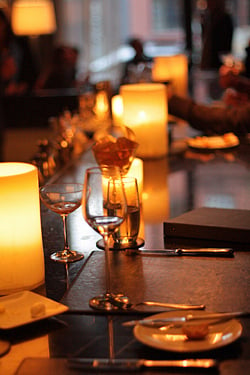 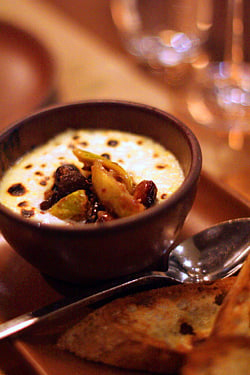 I went there shortly after it opened, when it was in a residential neighborhood in San Francisco. The kitchen was nice and rather large if I recall, and he explained to me that he was figuring out how to do everything that he wanted to do in that space. I had dinner later that week in the dining room, which is run by his wife, Lindsay, and was really delighted at the wonderful meal I had, especially the pasta dishes.

As the years passed, the restaurant matured a bit, and grew into a more sophisticated restaurant. I ate there again, and I was blown away by the pastas as I had been on the previous visit. They weren’t giant plates heaped with noodles and sauce, but pillows of tender ravioli so light I almost wanted to cry when I ate them. Wide, hand-cut pappardelli noodles, slippery with good butter and fresh herbs.

The sauces that bathed the pastas were light but with deep flavors from just a few simple, but excellent, ingredients, that’s don’t hit you over the head with richness or heaviness, but proves what a great chef can do when presenting simple food, but with exactly the right touch when putting a dish together. Every pasta I had was saturated with flavor and honestly, I’ve not had better bowls of noodles anywhere, except in Italy. 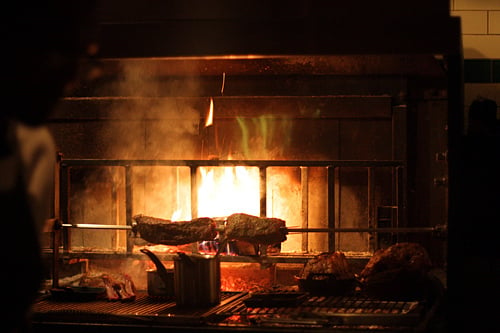 So when I was in San Francisco, I was anxious to try his more casual venture, located next to the elegant Quince, which moved downtown to Jackson Square, to larger, and swankier, digs. 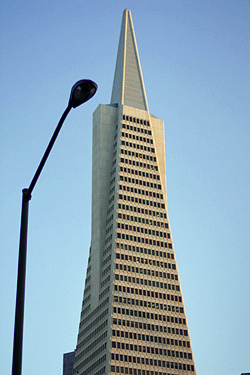 I’m going to refrain from using too many superlatives from here on out, yet one of my most frequently asked questions that people ask is what I miss about San Francisco. And for some reason, they’re always surprised when I say – “The food.” 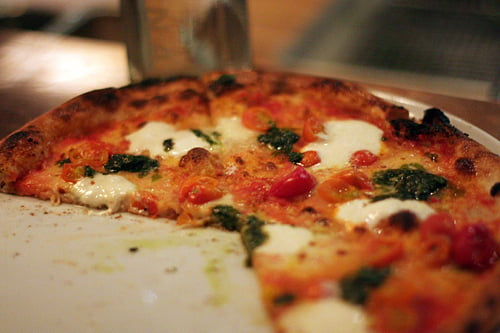 Am not sure why, but Cotogna (which means “quince” in Italian, and is the more casual sister restaurant to Quince) demonstrates exactly what I’m talking about as it represents the best of what’s happened to American cooking over the last decade or so. Ingredients are sourced locally and the chefs and cooks look to the ingredients to guide their cooking. Sometimes they’ll borrow from other cultures and countries – like Spain, Italy, France, and the Middle East, to name a few – to coax and highlight flavors out of top-notch ingredients. You won’t find gimmicks like leafy salads served in jam jars, rims of triangular plates dusted with stale porcini powder, or incongruous scribbles of balsamic reduction on whatever plate the kitchen thinks needs to be jazzed up.

But what you will find is food that’s honest, rustic and earthy—catchwords that are woefully overused. But in places like Cotogna where the food is cooked over an open fire, or Camino, where I dined on lamb grilled over smokey flames, its rich fat dripping into earthenware dishes of fresh shelling beans and smeared with anchovy butter, well…that’s the kind of food that proves my point. 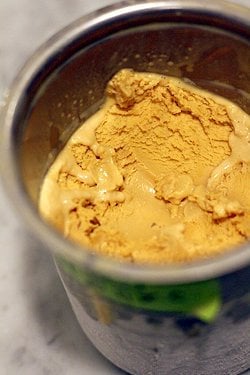 At Cotogna, my friend and I shared a bowl of Warm ricotta with roasted figs and smoked almonds, which had just been pulled from the pizza oven and handed over to us, hot and bubbly, with a pile of toasted croutons. I had to have at least one pasta and the Triangoli with corn and chives was a perfect example of the simplicity I was mentioning earlier, each ingredient contributing to a truly perfect bowl of pasta.

While the roasted meats looked great, because we were dining at the bar (overlooking the fireplaces) when I saw the pizzas coming out of the oven, we dialed in on those and split a Cherry tomato, mozzarella, and pesto pizza. It came to us with a heavily blistered crust, with irregular bubbles of dough slightly charred on top, just enough to give it the right hit of dark crunchiness. 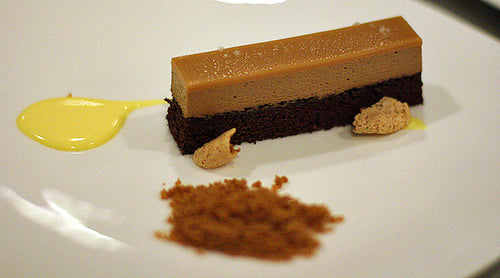 Desserts are relatively simple and although I took a walk through the kitchen to see the fancier desserts they were preparing for the adjoining restaurant, we had a simple Blackberry and polenta clafoutis, which was similar to a crisp, but a nice finish to the meal, no matter what culture had inspired it.

A few other things I appreciated about the restaurant. In their quest to keep things casual and simple, all wines are $10 by the glass and all bottles are $40. We stuck with Italian whites. Although we didn’t use it, another is that they use an online reservation service, which makes getting a table a little easier – although Cotogna is booked well in advance. But still, I found that many restaurants in the states, even the best ones, are using online reservations, which just makes everyone’s job a little easier.

A while back I was speaking to a representative from Open Table here in Paris. I had no idea they were even in France and when I asked him why it hasn’t taken off, he said, “No one here wants to give up control of their reservation book.” While I understand places like to keep spaces available for variety of reasons (and understand the reluctance to change around here), it’s really problematic trying to get into popular places, not just for people who live out of town, but for those of us who live here. Many of the small places are simply overwhelmed answering the telephone from people calling to make reservations. 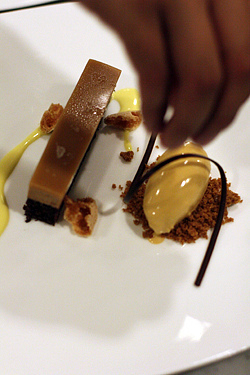 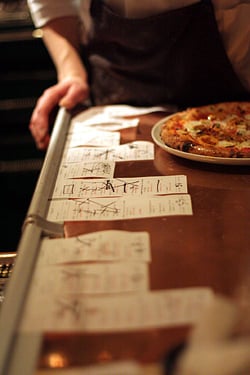 Yes, restaurants do need to feed the locals as well as visitors, but it seems like online reservations reduce the panic and frustration that both guests and visitors feel when locked out of certain dining rooms, and am hoping that places start adopting a similar system in the future. In fact, next time I go back to San Francisco, I’m going to book a table well in advance at Cotogna. Because it’s going to be one of the first places on my list.