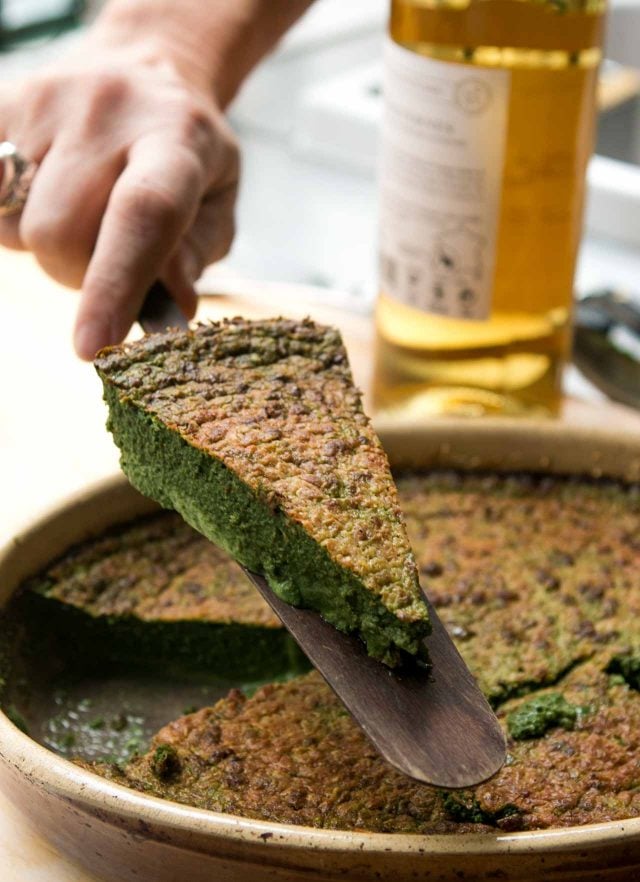 I don’t know when it took hold, but le Brunch has become popular in Paris. Unlike the Bloody Mary and Mimosa-fueled repasts we had when I lived in San Francisco, in Paris, the concept is a little different. For one thing, Sundays are blissfully “sacred” and no one seems to want to wake up and go anywhere until —well, Monday. And the places that do serve brunch are very crowded with revelers who probably didn’t get to bed the previous evening.

Add to that, the concept of le clipboard hasn’t taken hold here, so when you’re waiting at a restaurant that doesn’t take reservations, you need to be eagle-eyed and extra vigilant because if you don’t, someone will easily slide right in front of you and grab your spot without a second thought. My partner, Romain, is very, very good at keeping his eye on who’s in front, although he’s even better at sliding in front of the others himself. Hey, if you can’t beat ’em… 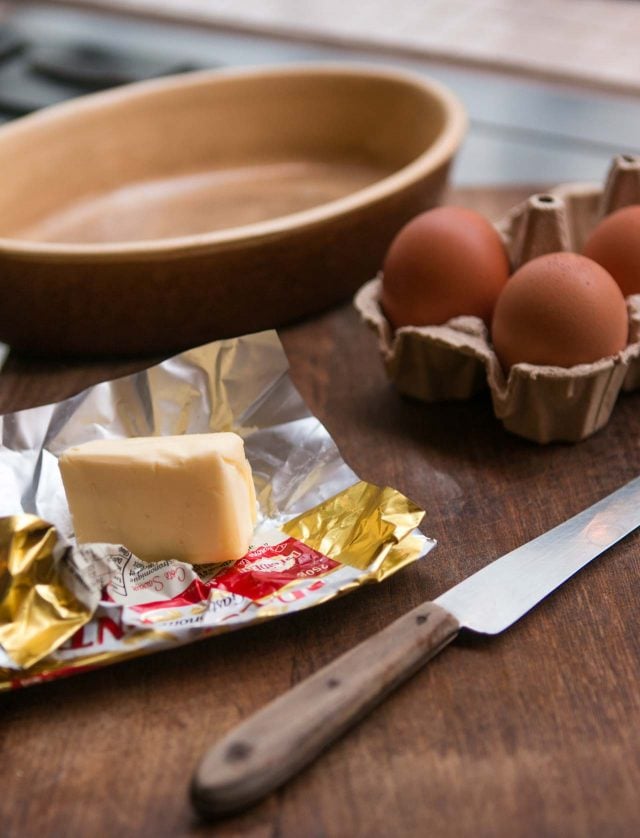 For those of us who don’t want to wait in a line of chain-smoking bobos (Parisian hipsters) on a Sunday morning, this Spinach Pie is very easy to make with just a few ingredients. In fact, you can even make the mixture beforehand, refrigerate it, and bake it off the next day. 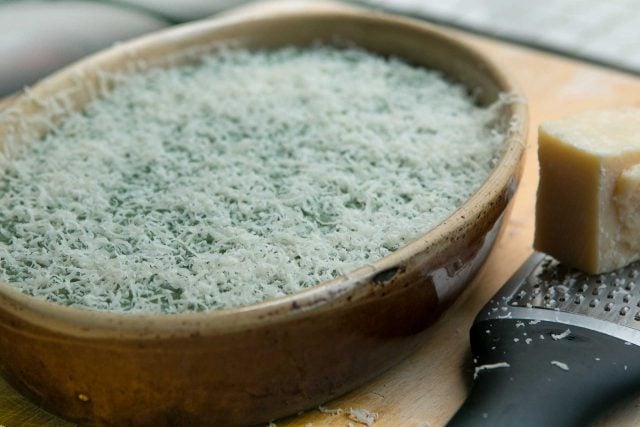 Spinach can be quite gritty, especially if you buy it directly from a farmer, like I like to do. So I recommend that you triple-wash it. 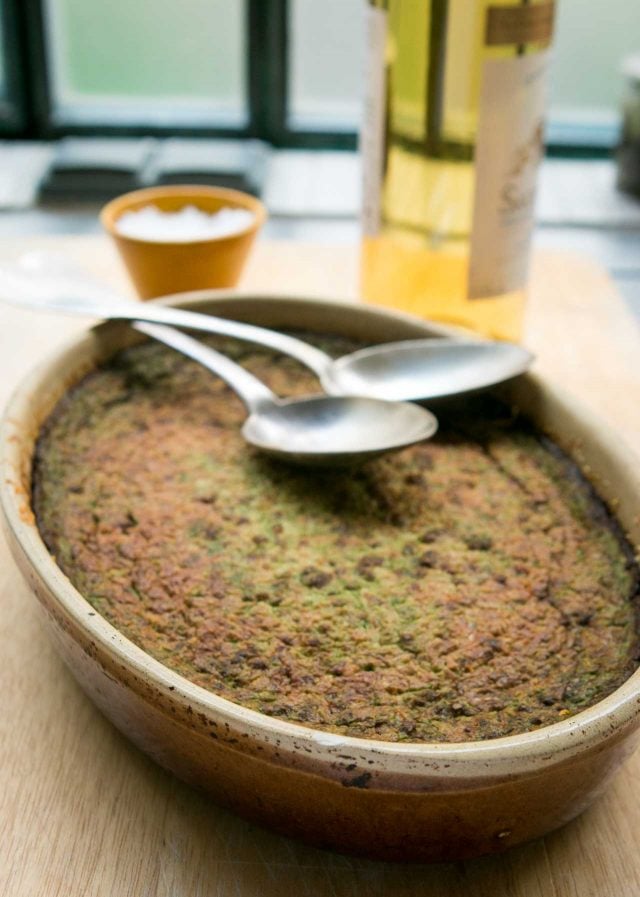 This is an excellent dish for vegetarians (who eat dairy), and can be served with a big green salad. For those who want meat, I like to serve it with slices of country or boiled ham alongside. Because it has no crust, a loaf of bread makes it a more complete meal, along with a bottle of vin blanc. (White wine.) 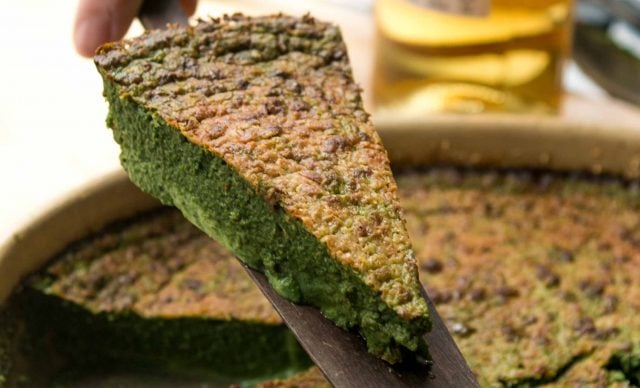 Adapted from A Platter of Figs and Other Recipes (Artisan) by David Tanis Be sure to season the mixture very well before baking. If you want to take the Spinach Pie in another direction, you could try adding small bits of cooked bacon or ham to the batter just after pureeing it, or some crumbled feta or sauteed mushrooms. To make it a more complete meal, for brunch or otherwise, it can be served with country ham (such as prosciutto) or smoked salmon alongside. If you'd like the pie to be a bit richer, replace the milk with half-and-half. If you'd like to bake a smaller pie, you can cut the recipe in half and bake it in a smaller baking dish for about 35 minutes.
2 medium leeks (or two onions, diced, or 1 bunch of scallions, minced)
2 tablespoons (30g) butter, salted or unsalted
salt and freshly ground pepper
2 pounds (900g) fresh spinach, stemmed and triple-washed
big pinch of chile pepper or cayenne
whole nutmeg
2 cups (500ml) whole milk
6 large eggs
Parmesan cheese
1. Remove the green part of the leeks, slice each lengthwise, rotate them a quarter turn, then slice them lengthwise again, keeping the end intact. Swish the leeks in a bowl of water until they’re grit free, and towel-dry. Cut into small pieces. (If substituting onions or scallions, prepare them as directed in the ingredient list.)
2. Melt the butter in a deep pan and sauté the leeks with a little salt and pepper, stirring occasionally, until they’re translucent. While they’re cooking, cut the spinach into smaller pieces.
3. Once the leeks are cooked, begin adding the spinach in batches, putting on the lid until the spinach has cooked down, then you can add more. Add salt and pepper as you go, and include a big pinch of freshly grated nutmeg and chile powder during the final batch.
4. When all the spinach has wilted and most of the juices have evaporated, turn it out into a large bowl and let cool. Stirring it a few times will speed it up.
5. Preheat the oven to 400ºF (200ºC). Liberally butter a round or rectangular baking dish with high sides, with a capacity of at least 2 quarts (2l).
6. Working in batches, puree the spinach mixture with the milk and eggs until almost smooth. Season with salt and pepper, if desired.
7. Pour the batter into the prepared baking dish. Grate a layer of Parmesan over the top and bake for 45 minutes, or until a knife poked into the center comes out clean.