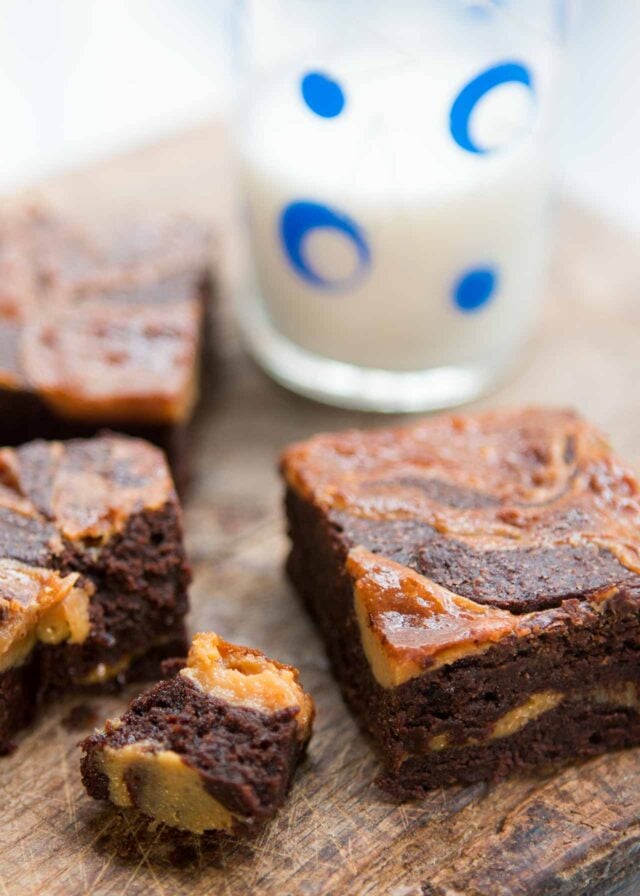 I thought I’d share this recipe for Dulce de Leche Brownies from The Sweet Life in Paris because I had several jars of what the French call Confiture de lait in my refrigerator from another project. Since I happened to love the combination of caramelized milk and dark chocolate, I thought – Why not combine the two in brownies? 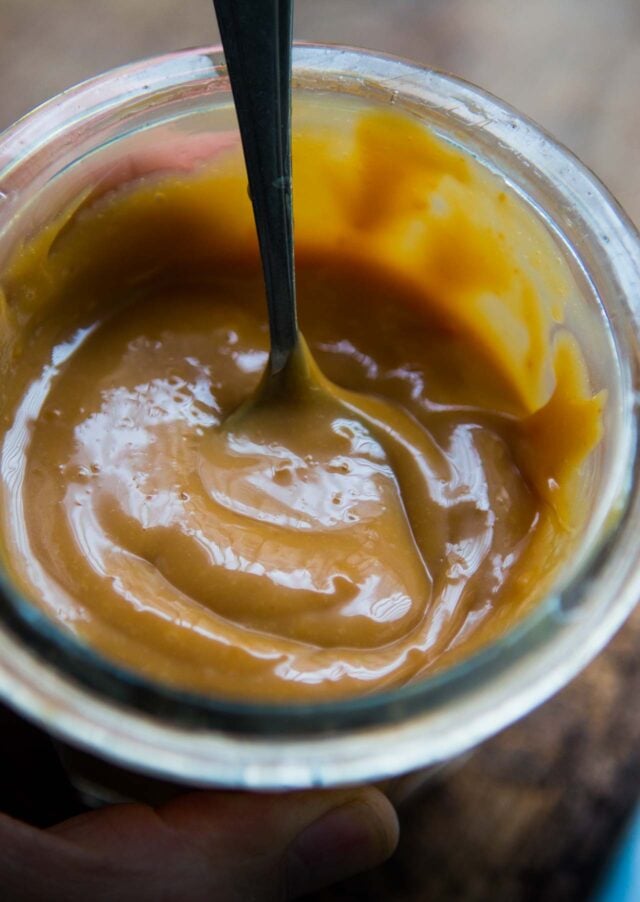 You can buy confiture de lait or dulce de leche, although it’s pretty easy to make at home. I use my Dulce de Leche recipe but there’s no shame in store-bought. Cajeta is a cousin of dulce de leche often made with goat milk, which I love as well, although the shop where I used to get it in Paris has closed. The upside is that sweetened condensed milk is easy to get in any French supermarket and it’s even sold in toothpaste-like tubes as a common way to consume it is to stick the tube in your mouth, and give it a good squeeze. When no one else is looking, of course. 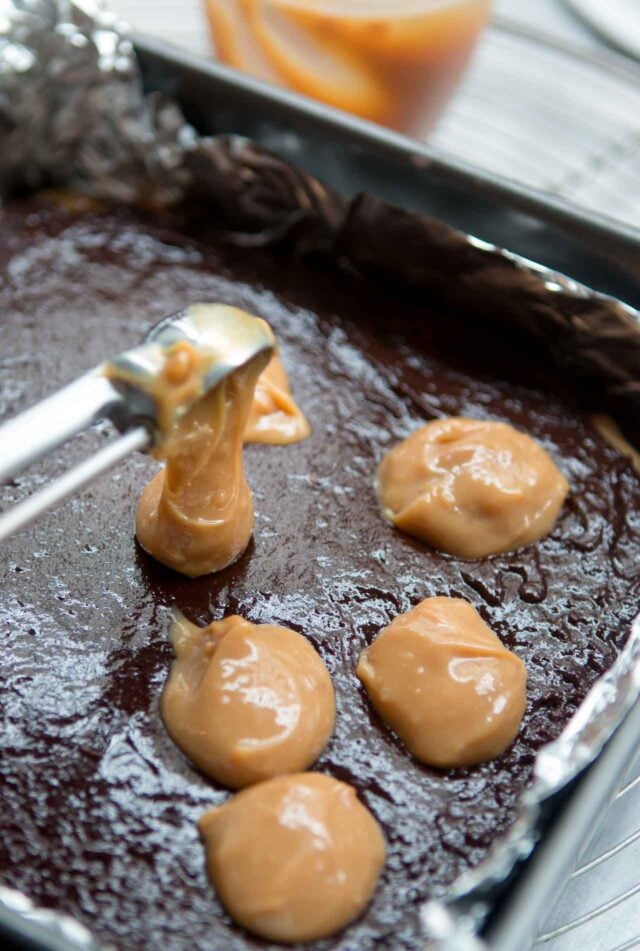 One thing that’s great about a blog is that you can update recipes as you make them over the years, which I’m doing with this one. I changed this one by shortening the baking time, so the brownies are denser, and although I tell you not to overswirl the dulce de leche, it’s so much fun that sometimes I can’t stop myself from giving it a few more goes with the knife. If you have more willpower than I do, you’ll get bigger pockets of dulce de leche if you swirl it as little as possible in step #4 before adding the second layer of brownie batter. Or if you want even bigger pockets of dulce de leche, don’t swirl it at all. 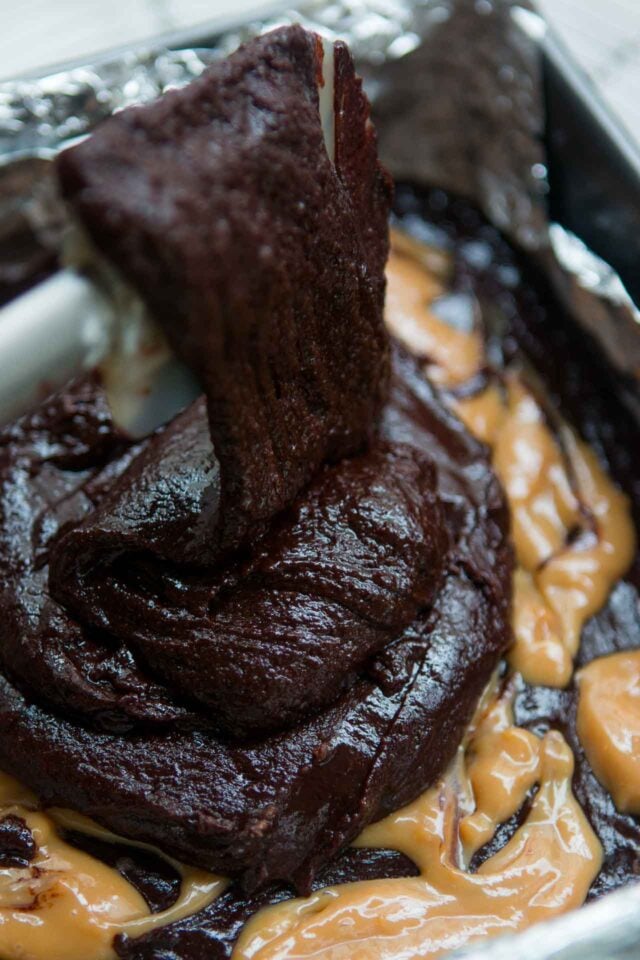 Another thing I have trouble with is I can’t stop eating these brownies. It starts when I take them out of the pan and trim the edges. Those are especially delicious. But then I start going deeper, cutting more slices, then squares, until I have to put the brakes on things. That I do (which isn’t necessarily successful) by freezing the brownies, but once I discovered that they are equally tasty frozen, I’ve been known the spend the better part of the afternoon slicing pieces off with a sharp chef’s knife, and savoring them icy-cold. 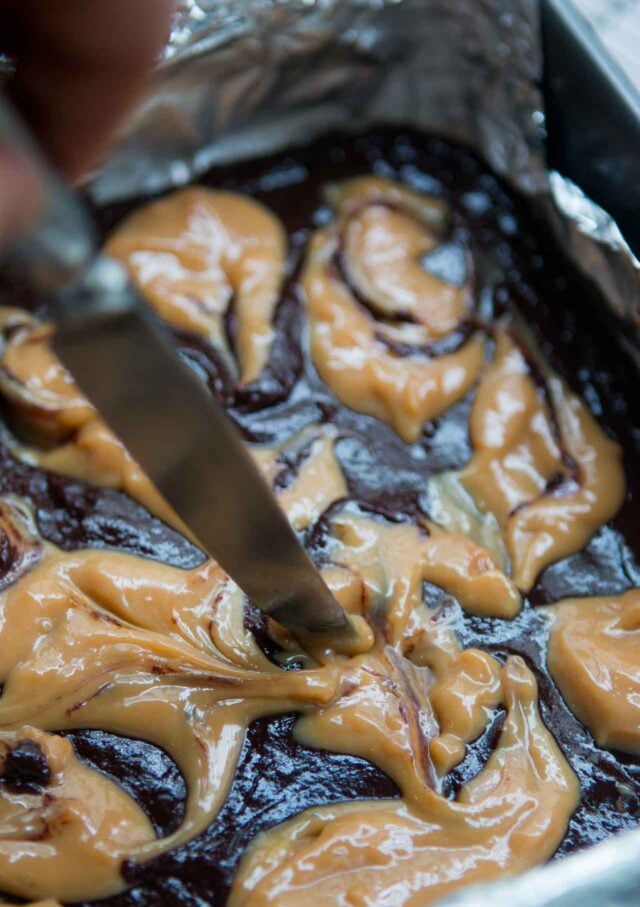 But I’m not here to tell you how to eat brownies. I think most of you already know how to do that. There truly are some of my favorites and I’m just wild about them, and wanted to spread (and swirl) the word, again. 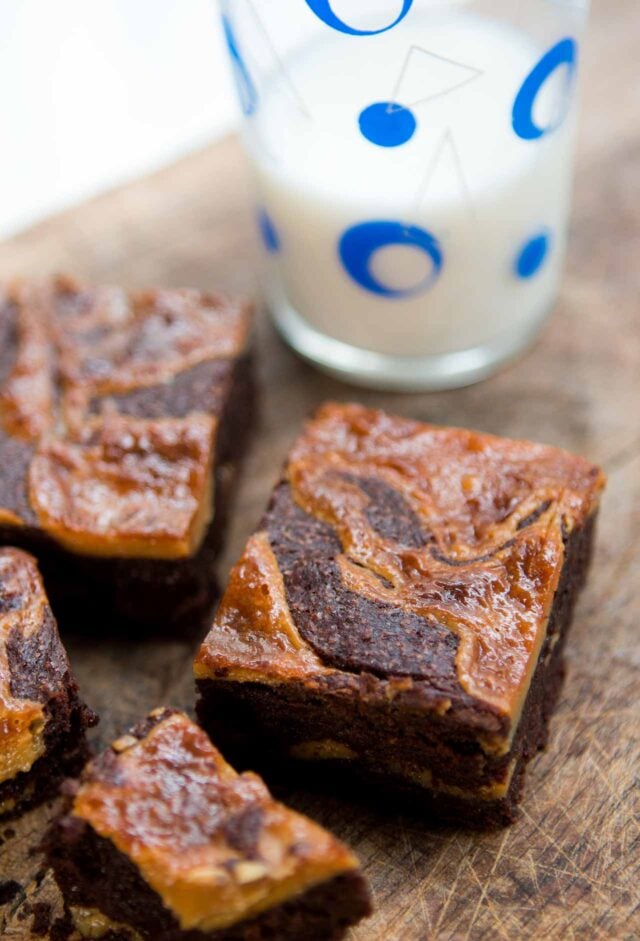 Adapted from The Sweet Life in Paris You can buy dulce de leche in well-stocked supermarkets, as well as stores that carry multicultural foods. You can also make it yourself using my Dulce de Leche recipe here.
Servings 12 brownies

Storage: These brownies will keep well for up to 3 days at room temperature. They can be frozen for up to three months 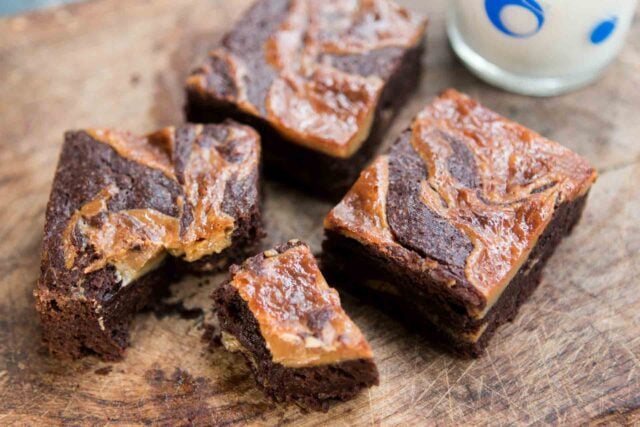 Chocolate Milkshakes with Coffee and Almond