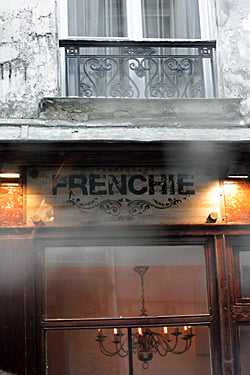 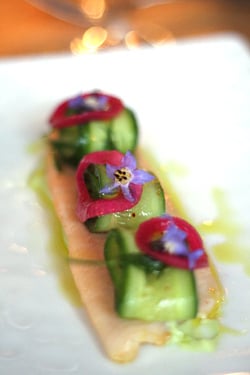 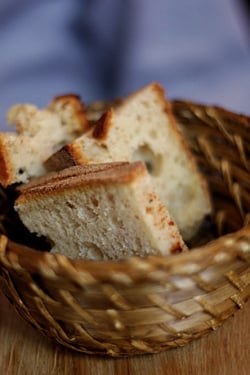 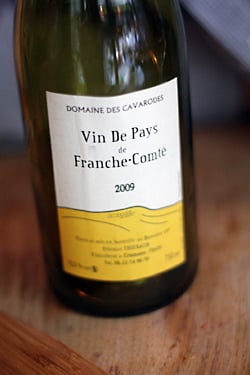 I always think that maybe I’m kind of a loser because I don’t go out and eat as much as people think I do. Ever since I left the restaurant business – where I worked every single night of every single weekend of my life, surrounded by other cooks (which probably explains why I am a social misfit when I have to mingle with “normal” people), the idea of calling ahead to reserve a table at a busy place and making plans in advance is still pretty much a foreign concept to me. 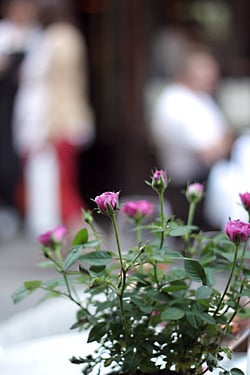 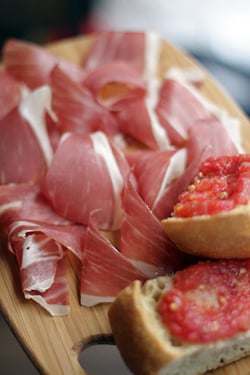 After a recent stint making tacos with the crew at Candelaria, I realized that I missed the camaraderie of cranking out food at a rapid pace with other cooks, all working smoothly – with good humor and care, in a hectic environment. Although I have to admit that at my age that I’m not sure how many more of those kind of nights I have left in me. (The two cocktails, one Mexican beer, and two Mezcal shots probably didn’t help either.)

It was a lot of fun being back on the other side of the counter, cooking for others, rather than having someone cook for me. I just never feel comfortable at restaurants or dinner events and always want to slip on a white jacket and dive into the work behind the counter when I am sitting at a table in a restaurant or at a catered event. 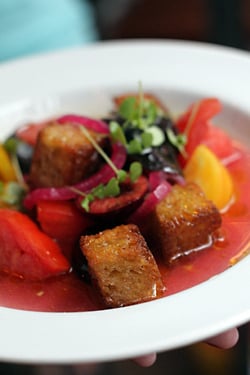 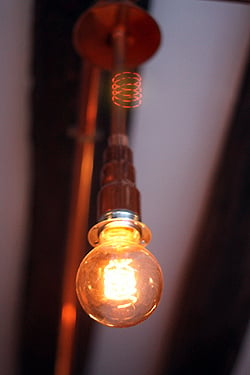 But for now, and perhaps forever, I’m resigned to being a customer for the time being (unless another invitation to make tacos arrives in my Inbox), but let’s not make this about me. It’s about a restaurant, a wine bar, and an eager public. Which would be you. 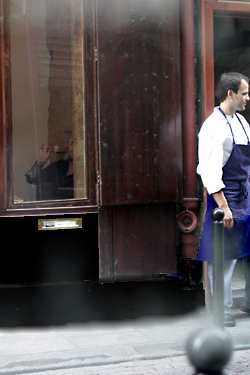 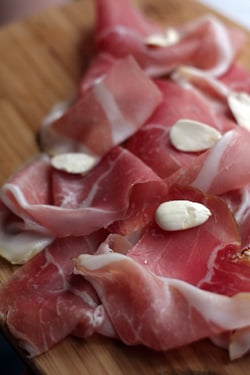 The wine bar at Frenchie in Paris has finally opened and I went with a small group of friends recently. By the time you read this, it’s been open for a few weeks and it will not longer be half-empty when you arrive, as it was when we got there. (It was full for the rest of the evening.)

For those of you who don’t know, Gregory Marchand is the chef and owner, and his small, personal restaurant quickly became one of the places to eat in Paris shortly after it opened a few years ago. It wasn’t just because of all the good press; the food was, and is, really good. And I do like going there, when I can. The downside is that like many of the small places in Paris, Frenchie has just a few tables and a reservation can be tricky to get. But the wine bar doesn’t take reservations and while it’s small as well, the food is just as good as the main restaurant across the alley and you don’t get a callous on your finger from hitting the speed-dial button repeatedly. 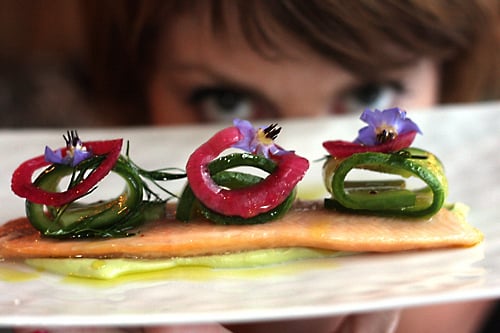 We had bottle of mineral-rich, fruity Loimer Riesling from Austria. Actually, we had two bottles it was so good. Another was a wine from the Franche-Comté, which can sometimes be challenging because wines from that region tend to be, as a French book of mine says, unique. The wine list is so compelling that the next morning when I woke up, I realized that the four of us had gone through four bottles of wine. I’m going to blame the fair prices and varied wines on the list, which made it hard to stop. If I remember. 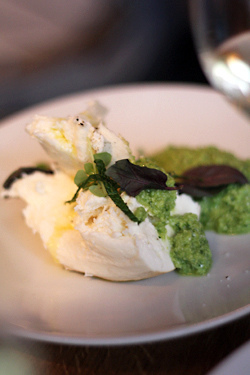 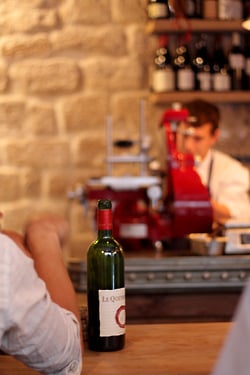 Like most wine bars in Paris, charcuterie is well-represented, since it goes so well with wine. There was a generous wooden board of jambón Ibérico de Bellota, which is one of the best things you’ll ever put in your mouth, that was excellent. But even better was the 24 month-old culatello di Zibello from Italy with fresh almonds. I could not stop picking at the thin pieces and if it was closer to me at the table, I would have eaten the whole plate by myself. As I write this, I’m thinking I should go back all by myself and indulge in a plate of it.

Because the focus is on smaller plates, it’s easy to order just about everything on the menu here if you come with a few other friends. I wasn’t so interested in trying the Cherry Tomato Salad because, well, I can make a cherry tomato salad at home. But when it came out, halved cherries were tossed with heirloom tomatoes and large cubes of toasted bread in a well-balanced dressing and I was glad my friends insisted on it. (Although I didn’t eat the cherries since I’m generally not a big fan of fruit in salad, except for fruit salad, of course. Which I’m not sure if it really is a salad – is it?) Another plate came out, Truite fumée, avocat, concombre pickles, a riff on a dish which is a mainstay from the restaurant, garnished with cucumbery borage flowers.

To segue to dessert, we had a couple of cheese plates. A triangle of Cantal cheese topped with dressed escarole leaves and wisps of white truffles was just right for aiding us in finishing off the last of the wine. But what was truly outstanding was the Bleu des Causses, a cheese which combined the melting creaminess of the best triple-crème cheeses with the tang of fromage bleu. Oh-la-la!. Even though the table was not enormous, unfortunately it was nearly out of arm’s reach. But that didn’t stop me from repeatedly – and inexcusably – rudely reaching past my co-diners to keep digging my knife into it. 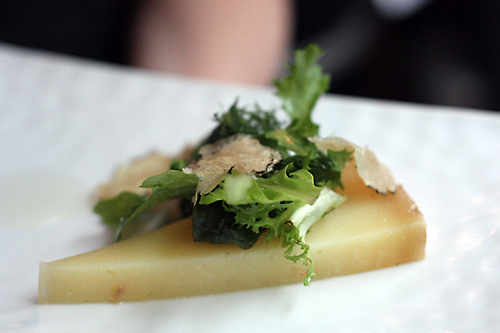 When we finally slid out off the high stools, we said goodbye as the restaurant patrons from across the street were leaving as well. It was a fine evening of dining at a casual wine bar, which more and more, are becoming my favorite venues for dinner in Paris instead of restaurants, which require reservations and diners sticking to certain formalities, like eating in courses, rather than just ordering plates of salads, charcuterie, cheeses, and smoked fish. I like the informality of them and the younger staff are generally relaxed and friendly, and represent the best of the younger generation of French cooks and people who run restaurants.

As mentioned, getting into Frenchie (the restaurant) can be a challenge due to its small size and popularity. But they decided to close for lunch and add a 7pm seating to accommodate more diners as it’s now a fixture on the list of places that people feel obliged to visit. If it hasn’t already become so, the wine bar is likely going to be just as popular. But instead of saying “Run, don’t walk”, I’m going suggest that you do indeed “walk” to the Frenchie wine bar. It’s not going anywhere and in fact, I’m sure it’ll be around for a while.

UPDATE: Since I wrote this, Frenchie Wine Bar has expanded and now serves a wider variety of foods, including game (when in season), pulled pork sandwiches, house-made charcuterie, small pastas, and other fare. It’s become quite popular so expect a bit of a wait if you wish to sit during peak hours.