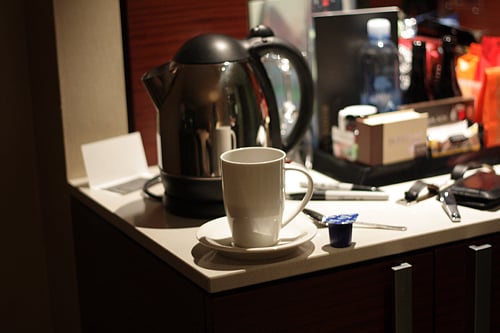 One of my great joys in life in in-room coffee. Hotels do a lot of head-scratching things, like inventing ‘turn-down service.’ Aside from a free piece of chocolate, does anyone like or want someone rummaging through their room while they’re out at dinner? Or the “hotel channel”, which shows and glorifies the splendors of your hotel, which is kind of silly since you’re already there. Plus it always takes me a few days to figure out how to bypass that channel and get to the tv stations. (Although it takes me quite a bit longer to get that syrupy music from the hotel channel out of my head.) But I’m a happy hotel camper when I find a coffee-maker in my hotel room, wherever I find myself in the morning.

Last night I arrived in Sydney, Australia. It’s a multi-day trip from Paris; I left my apartment at 8:15am and arrived here the following evening at 9:20pm. I don’t have my calculator out, nor do I want to pull out my airplane ticket yet again, so you’ll have to take my word for it: it’s a big trip. Plus it’s hard arriving somewhere at night, especially in a modern city like Sydney, where you can’t really see anything – just a lot of streetlights, illuminated windows in buildings, and traffic lights. And while I had a hankering to take a little stroll and get some fresh air and see a bit of the city, I hit the sack and was in bed by ten o’clock.

One of my crosses to bear is a life-long lack of sleep. It’s a by-product of working in restaurants for nearly three decades, mostly night shifts, and one I’m not happy that’s followed me into my retirement. One of my first jobs was a place where my hours were 10pm to 6am, which was really screwy because it was weird going home to bed and passing everyone else on the way home who was just waking up. (If you want to experience the real meaning of the term “parallel universe”, work an all-night restaurant shift.) In subsequent years, my hours became a little tamer and when people say “You’re a baker, you’re used to getting up early!” I would shake my head, because after that one summer of hitting the sack at 7am, I decided that I would only work at night. Which meant that I would usually get home at 2am and watch back to back re-runs of The Love Boat or Charlie’s Angels. (I don’t know how many diners at the restaurant realized that in the kitchen, we were often talking about how Sabrina Duncan got out of a harrowing situation involving a Columbian drug lord, or what the heck the producers were thinking by introducing a sudden niece to Captain Stubing, rather than if the vinaigrette needed more salt or the strawberry ice cream could use another shot of lemon juice.) Once home, the late-night dinner on my couch was often a bag of tortilla chips accompanied by a jar of Mrs Renfro’s salsa, and glass or two of Sauvignon blanc, then nodding off at around 3 or 4 am.

But then I would wake up a few hours later, at 7am, for a full day of taking care of things, regular daily tasks like banking, walking the dog, going to the movies, etc…then heading to work in the late afternoon to do another shift that would end, once again, well after midnight. That went on for a number of years and I could not have gotten through them without coffee. I drank a lot of coffee. Coffee first thing in the morning, an espresso mid-day to keep me going, a cappuccino when I got into work, then at least one or two coffees during my shift to keep me moving. Restaurant workers are like sharks – if we stop moving, we die.

I’ve spent a majority of my life not sleeping, so jet-lag is no big deal. I feel wacked-out during all my waking hours. It’s funny when people make some remark that I was impolite, or missed a vowel, or didn’t answer a message, or was acting like an alien from another reality somewhere, because in my own reality – and daily life – it’s amazing I am able to function at all.

(But I am sure the editor of my next book would be happy if I spent some of those extra hours working on what I should be working on, rather than writing an ode to in-room coffee.) 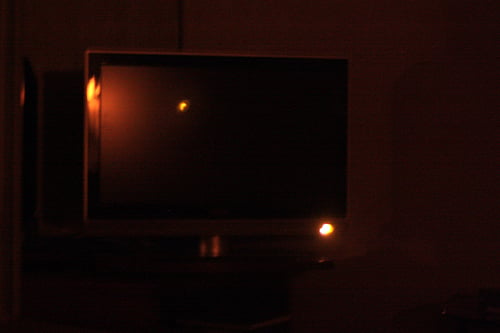 For a while I quit the brew. I don’t remember why, but I do remember what prompted me to pick up the pot again was working on opening a restaurant for someone and working a minimum of at least eighteen hours a day. It was the only time in my life I recall that I could not get out of bed in the morning on my one day off, Sunday, which was the day the restaurant was closed. That brought me right back to the bean.

But in addition to restaurant work-induced sleep deprivation, even appliances are conspiring to keep me from sleeping. Like, little green lights on cell phone rechargers that miraculously illuminate an entire room, or television on-off lights that stay on even when you turn the television off—I have no idea why they’re there..are they just to remind you that there’s a television in the room? As in, all night long?

While I doubt there is an international conspiracy, spanning from San Francisco to Sydney, to keep me from sleeping, it seems to be something Australians are particularly familiar with because I woke up this morning – at about 4am – to a note from a friend in Sydney, “If my experience of jet lag is anything to go by, you will be reading this at about 4am.” So maybe that little light is a webcam in my room, or else my sleep-deprived mind is…once again…going into overtime and playing tricks on me. 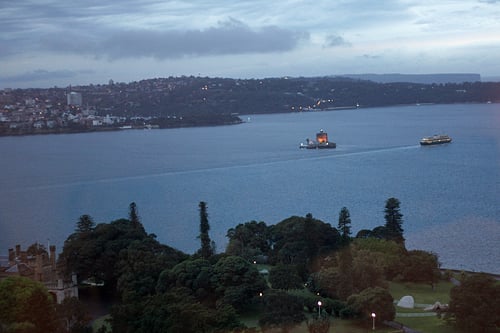 Here I sit, not all that long after 4am has passed, drinking coffee and watching and waiting for the sun to come up so I can finally see what Sydney looks like, and see what looks like a castle in the distance. Or maybe I’m hallucinating about that, too. Thankfully there’s my in-room coffee that I can drink until something, somewhere, opens for breakfast. True, it’s not the fancy stuff in the room, but I’ve learned that if you brew it with hardly any water, it does the trick. And as I write, the sun is slowly coming up, the sky over the Sydney harbor is light gray, rather than pitch black, and I see a few boats making their way across the still water. Although it’s sixteen stories down, I’m heading downstairs in search of real coffee. I have a premonition that somewhere down there, it’s out there. Unless my mind is playing tricks on me. Which at this point, is – well – entirely probable.