Lille, Aux Moules, and a Sink 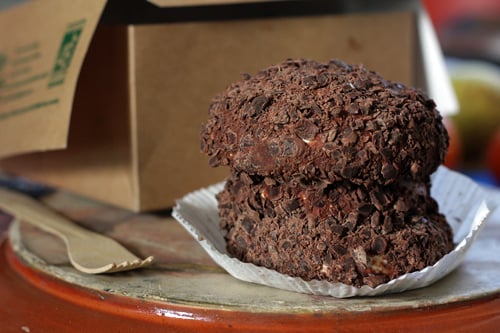 “Three weeks?! Is that all?” they laughed uproariously, as a response to my telling folks at a dinner party the other night about how much trouble I was having finding things like sinks, tiles, light fixtures, and so forth, for the renovations of my apartment. I literally spent weeks and weeks combing plumbing catalogs, scoping out a myriad of stores devoted to kitchen fixtures, and relying heavily on our friend, the internet, in search of a plain, large, white sink.

I don’t want swoops and swirls, (and I only have one more Ikea visit left in me, and I’m banking that for something really important) – I want a generous basin that’s large enough to hold a few pots and pans. And I’m not interested in a purple or green one. You wouldn’t think it would be all that hard – and neither did I – but after three solid weeks (and I mean, twenty-one days and twenty-one nights), I finally found one in France. The only problem? It was in Lille. 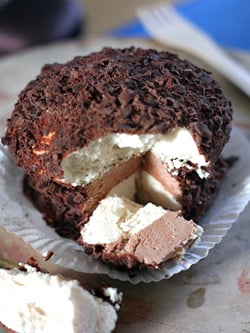 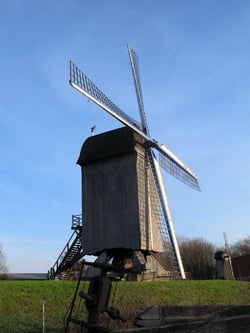 As I’ve shown many friends here, tout est possible, so we decided to make a day trip up to the city in the North, just a few hours from Paris, and while there, eat some of the local fare. Because things are so frantic right now — imagine if I took me three weeks to find a sink…then I really need to get cracking on a toilet, a towel bar, kitchen cabinet handles, a soap dish, and light bulbs — so I don’t have a huge amount of time. 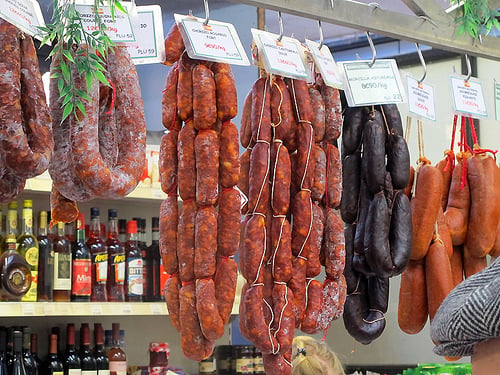 But there’s always time for Merveilleux, a chocolate-flecked pastry stacked with meringue and cream inside, and les gaufres (waffles), another specialty of Lille. After picking up my sink and hiding it in the trunk under a blanket (…yes, I’ve learned how valuable these things are…) we hit the Sunday Marché de Vieux-Lille.

The outside had the usual folks selling clothing with way too many buckles, zippers, and pleats, bins of plastic housewares, and tube socks, but inside was a nice market with a few local bakeries and some tasty looking charcuterie hanging from the rafters. I picked up a bag of les gaufres filled with chicory cream. Romain couldn’t eat them because they were so sugary. But I made my way through one before my sweet tooth started aching. We would have gone to Aux Merveilleux de Fred, but the line was down the block and I wanted some moules-frites. 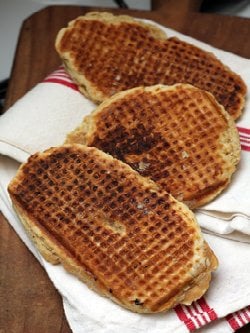 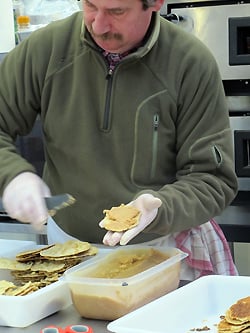 A local had told us that Aux Moules was a good place to go, and after assuring us it wasn’t a tourist trap, we found our way over there and happily discovered a charming brasserie with beer bottles lined up on the bar, and a place filled with locals on a brisk, chilly Sunday afternoon.

One thing that struck me immediately was the open kitchen and how happy and friendly the guys in the kitchen were. When you live in a city like Paris, you get used to people being a bit stressed out and frantic. Kinda like the person I see in the mirror every morning. And it’s easy to get the impression that Paris=France, so it’s important to get out of the city for a while to see the rest of the country, where people are open and relaxed, including me. 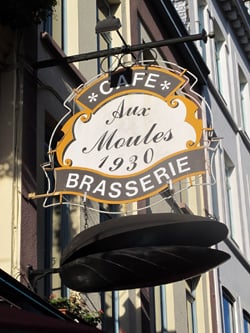 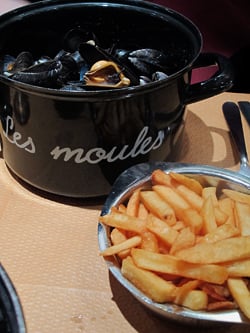 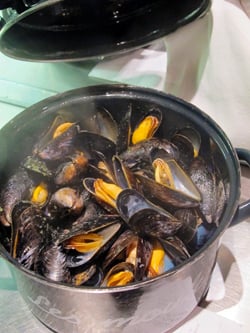 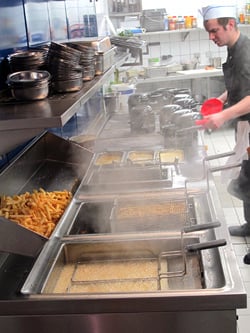 We both ordered mussels with “escargot butter”, which my dining companion didn’t quite understand. “Daveed, je ne comprends pas….” he said, not sure what to make of butter that is supposed to be served with snails, but with mussels instead. (But that’s okay, because I was still scratching my head over all the people at the café on the autoroute, complaining that the coffee was too strong.) Yet he got over it when they brought two generous pots of steaming mussels with green-tinged butter, accented with probably the right amount of garlic for les Parisiens. But for les Provençales, and one American, a few more cloves would’ve kept those pesky snails back where they belong, for good.

I was really intrigued by the open kitchen where they were cooking in full view of the guests, and the big fryer. And had to get up, say hi, and take a better look. These guys were really the masters of les frites. I mean, check out that set-up! 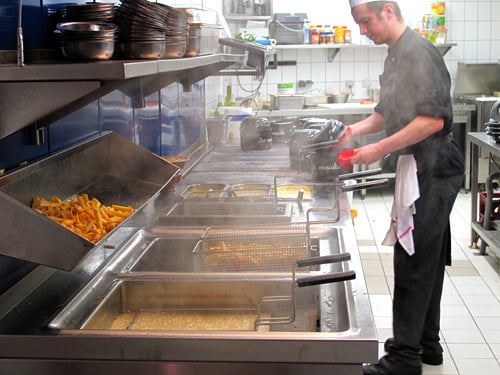 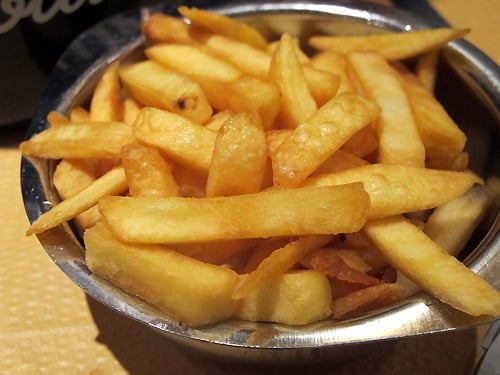 Okay, they weren’t the best frites I’ve ever had, which makes me ask why is it so hard to find restaurants that use fresh potatoes for their frites, in a country where Parmentier, a man revered for saving France, even has a métro station named after him? But I suppose I would need a few weeks to figure that one out as well.

And as I now know, it should take at least three. 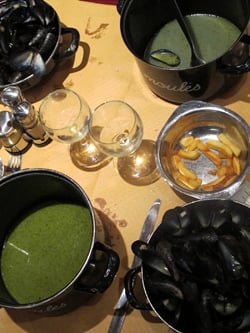 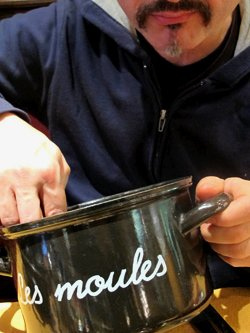 So after Romain and I scraped our marmites à moules clean, wiping the last bit of sauce out of the bottom of the pots, and made sure there wasn’t any wine left in the carafe, we split a tarte au sucre bathed in brown sugar sauce. Then, high on sugar, we made our way back to the car. 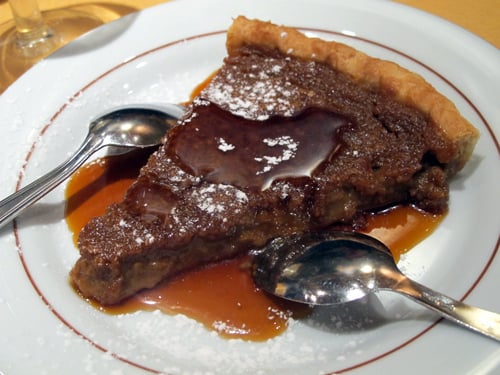 With the winter sun setting at our backs, our bellies full of moules, frites, waffles, and les merveilleux, we headed back to Paris, with a new sink securely in tow. 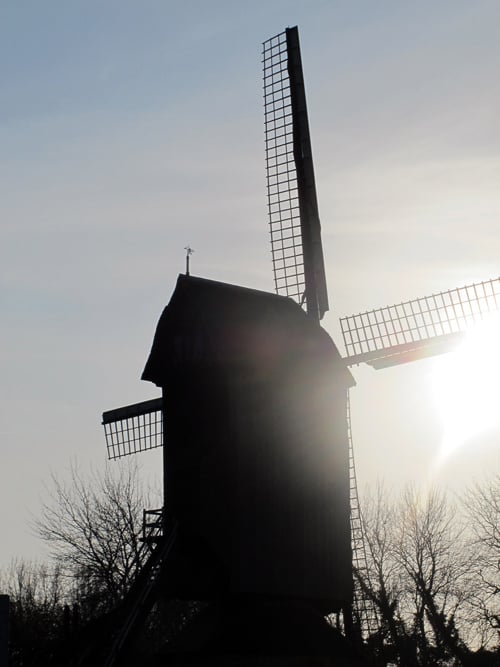