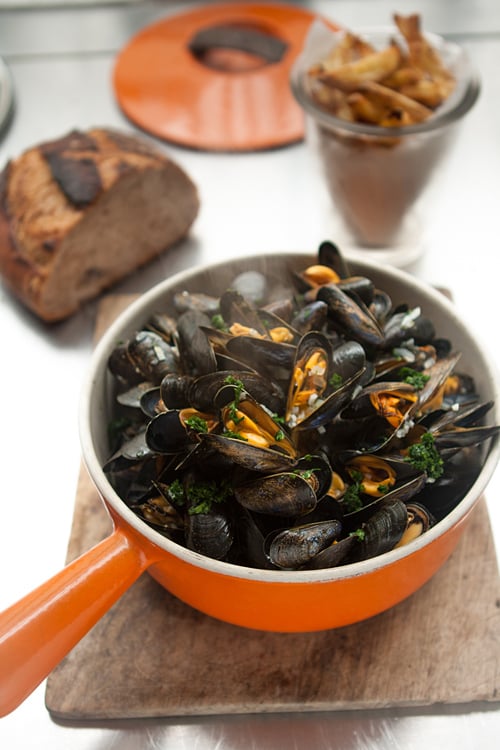 I fell madly in love with mussels in France, when cooking with a French chef, who prepared moules de bouchot (small mussels which have protected AOP status in France) – which was brought to the table in a big pot of moules à la marinière, which we all heartily dug into, extracting the warm mussels out of their broth and shells, then popping them in our mouths.

Those particular mussels are prized because they’re especially tender and, according to reports at the time, were especially delicious as well. However that was lost on me, because I refused to eat them. That is, until a steaming pot came off the stove and everyone was oohing and aahing over them. Not wanting to be part of the outré crowd, I rolled up my sleeves and reached in. 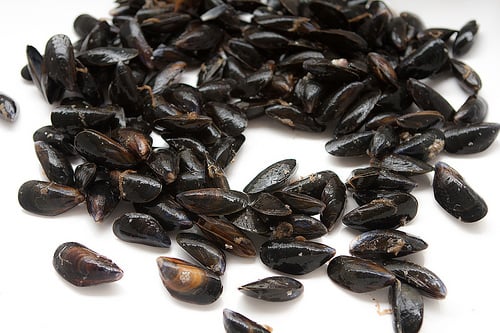 I love mussels. And not just because they are invariably accompanied by French fries in France, but they’re great when you’re traveling in France because you can go to the humblest of places and be assured of getting a good meal since they’re hard to screw up. In fact, even though they’re closely associated with Belgium and the north of France, one of the best meals I’ve had in France was at a ratty café near a bus station in Provence.

Most of the fellows standing around the bar were gazing with bleary eyes at the soccer match on television, and had obviously been drinking for a few hours prior to our arrival for lunch (and it was barely noon.) A quick scan of the menu made me skeptical that the food was going to be note-worthy, so we ordered the moules frites, which everyone else seemed to be ordering as well. 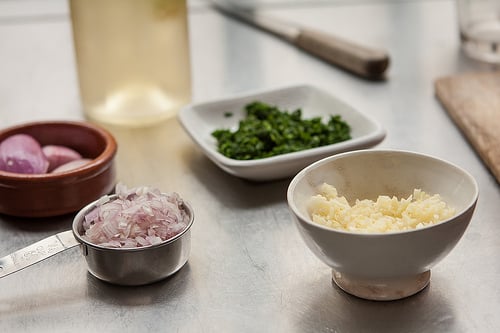 Bingo! They were amazing, as were the fries, and now it’s one of my default dishes in France because everyone seems to do them well. But you don’t need to go out for them as they’re so easy to make at home. Moules à la marinière are mussels cooked in a simple broth of dry white wine with a base of garlic and shallots fried in butter. You can add some fresh parsley and perhaps some other herbs, dump in the mussels – and you’re good to go after about five minutes of steaming.

Variations abound, including versions with cream, saffron, cider (moules à la Normande), mussels with curry, or even with bits of Roquefort cheese melted into the sauce. But no matter how you prepare them, a glass or two of very cold white wine is pretty much de rigeur alongside. 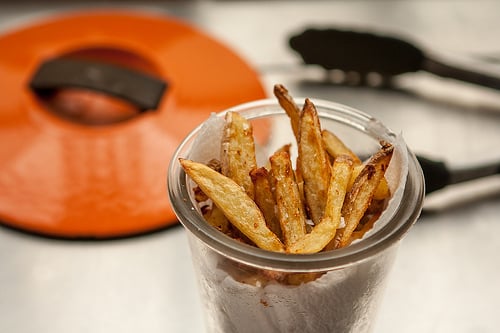 When I got a copy of Bountiful, a gorgeous cookbook from my friends Todd and Diane of White On Rice Couple, I was insanely jealous of their backyard garden, which figures prominently in the photos as well as being inspiration for the recipes in the book. (My dream is to join them for dinner and drinks in that magnificent yard, surrounded by all the fruit trees, herbs, and unusual vegetables.) I saw their recipe for mussels steamed with herbs, which they cultivate in their garden. And since it was mussel season, I picked up a big bag at the market and brought them home. 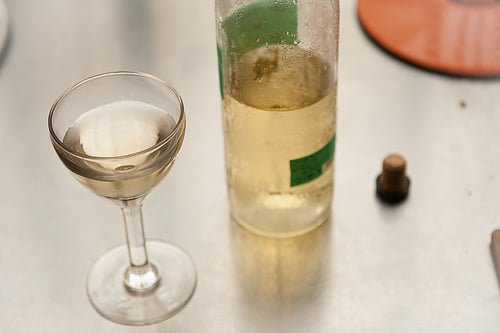 Following their lead, I kept it simple, although I skipped the fresh tarragon as I don’t want anything getting in the way of the flavor of the steamy, tender mussels – except the fries. Those get a free pass, toujours. 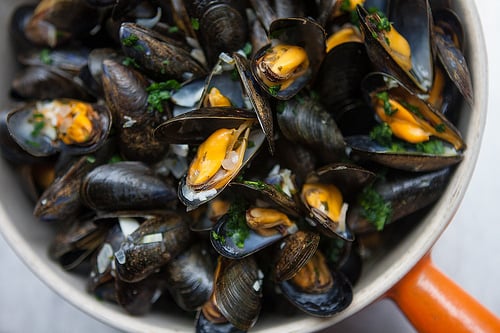 Adapted from Bountiful by Todd Porter and Diane Cu This is a great dish for entertaining as you can do pretty much everything in advance, up to where you add the wine to the pot. A few minutes before serving, simply reheat the herb-flecked wine and add the mussels. I made my French fries in my Actuary, but I’ve linked to some recipes below if you’d like to tackle deep-fried homemade French fries. Use whatever mussels you can find to make this version of moules à la marinière. Most mussels need to be cleaned and debearded. To do so, rinse the mussels under cold water to remove dirt or other debris, using a brush if necessary. Then pull off any beards, the stringy bits dangling from between the shells. After cooking, discard any mussels that don’t open before serving. I adjusted some of the amounts in the recipe; Todd and Diane’s version had 6 tablespoons of chopped tarragon for four servings. So you can add that if you’d like along with the parsley, or use other herbs you might find appealing (such as a handful of thyme branches) although being a native New Englander, I like seafood prepared as simply as possible. The recipe can also be halved if you’re just serving two. The traditional way to enjoy mussels is to use the empty mussel shell from the first one you eat as pinchers to extract and remove the subsequent mussels. Serve with cold white wine, and bread with some heft to soak up the sauce.
4 tablespoons (60g) unsalted or salted butter
1/2 cup (55g) peeled and finely chopped shallots
6 garlic cloves, peeled and finely chopped
pinch of salt
3 cups (750ml) dry white wine
1/4 cup (15g) chopped flat-leaf parsley
4 pounds (1.8kg) mussels, cleaned and debearded
1. In a large pot or Dutch oven, melt the butter over medium heat. Add the shallots, garlic, and salt, and cook, stirring frequently, until the shallots and garlic are soft and wilted, 1 to 2 minutes.
2. Add the wine and parsley and bring to a boil. Add the mussels to the pot, stirring them a few times, then cover and steam for about 5 minutes until the mussels open, lifting the lid midway during cooking to give them a stir.
3. Remove from heat and serve the mussels with French fries and hearty, coarse bread, to soak up the liquid. 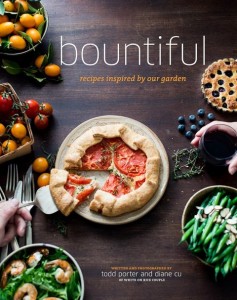 What is a Bouchot Mussel? (W&T Seafood)

How to clean and debeard mussels (The Kitchn)