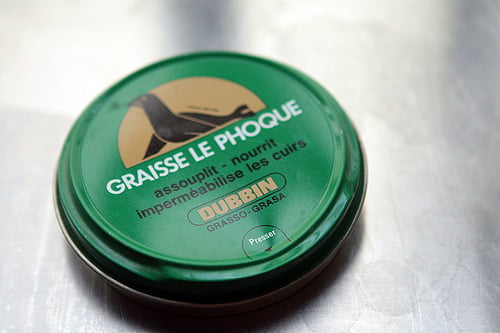 A wave of Americanism has been sweeping through Paris over the past few years, from le street food (which, finally, is actually being served on the street) to a desire to remake Paris in the image of New York. Or more to the point, Brooklyn. 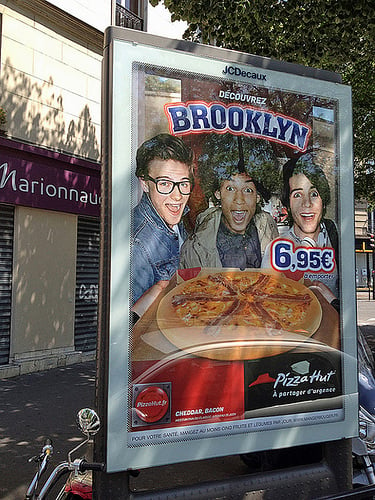 I don’t quite know where this came from, but I do wish it would stop. Granted, in the US, we have our share of “French-style” kitchen gadgets (most of which I’ve never seen in France) and croissan’wiches (which I am now seeing in France), but hopefully we still have enough international goodwill so the French will overlook some of our infractions. Yet a new trend has been sweeping through France and I’m not sure it’s building much goodwill in the other direction, in spite of how benign they might think it to be.

(Speaking of good-will, I should probably let you know that even though I am too bien élevé, or well-raised as they say in France, and don’t have a potty-mouth, there are some pictures that use a 4-letter word in this post. So if that might be offensive to you…and I have to admit, they make me wince as well – although I don’t have a choice because they’re all around me – you might want to not scroll down or click after the jump, and skip this post.)

I was listening to some music the other day from a French radio station called FG, and the “FG” used to stand for Fréquence Gay which was owned by the French government (confirming all those fears about the French to certain political elements outside of the country), for those party-loving residents of the Marais and elsewhere. I’m not sure how important sexual orientation is to choosing a radio station, but it’s one of the stations on my playlist because the “trance music” is good for when I’m working on recipes and don’t want to be too distracted. Well, that’s my story anyway.

When I lived in the states, my background “music” was E! television, in the pre-Kardashian years. It had everything you wanted in a television station; supermodels, irreverent shows that made fun of other shows, documentaries about the demise of backbiting 80s bands, scathing fashion gossip, and talk shows hosted by fabulous drag queens. The best part about it was that you didn’t have to pay attention. You could finish stirring your crème pâtissière or roll out your tart dough, then resume watching a few minutes later, realizing you haven’t missed anything important.

So how thrilled was I to find out that E! is actually here in France and for the low price of just 99 centimes a month, could be part of my cable line-up? I could not subscribe fast enough and was thrilled beyond belief – until I realized that it was dubbed (VF, or version française) and I realized it’s no fun to watch housewives in New Jersey bickering unless you can hear their actual New Jersey voices, rather than the voice-over of a hysterical Frenchwoman trying her best to imitate them. Which f@&king annoys me. 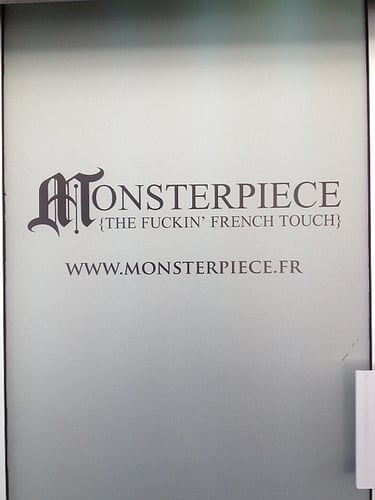 I normally don’t swear when I write, and find it odd when people do in cookbooks. But after hearing that Radio FG has been recast with a new name, I’m learning that there’s nothing wrong with dropping the F-bomb in France, which apparently adds a certain je ne sais pas, or F$%ckin’ French Touch, as it’s now being dubbed in some quarters, to whatever la bombe d’F touches.

Just the other day, I was lost in happiness as I stirred a batch of buttery caramel, simmering away on the stove. But instead of the standard announcement of the name of the station that’s spoken between songs, the Radio FG announcer jolted me back to reality to let me know that I was no longer listening to just any old FG music, but that it was now F@#king Good music. 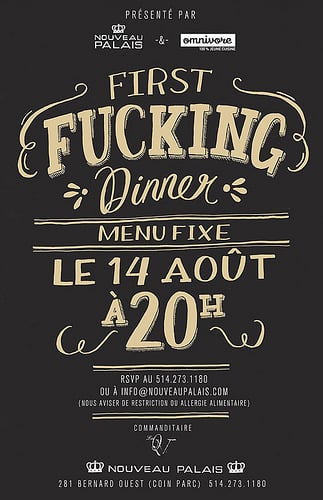 But it’s not just hit radio where the F-bomb can be heard, or found. I don’t think people cuss in French cookbooks like some do in America, but the Omnivore food festival has created a whole page to promote their F#%king Dinners, so you can keep f*%king track of them. (I did notice that the name is rechristened for use in other countries, so there must be some inkling out there that it’s a word not to be tossed around lightly.) And call me friggin’ odd, but being from San Francisco, if someone invites you to come for a f%$king dinner, well, let’s just say dining might not be the top activity of the evening. 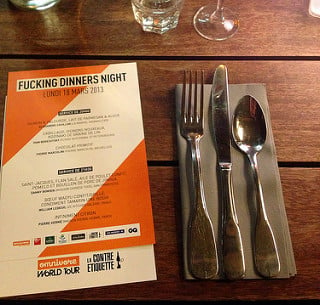 Even though I didn’t get invited to the F$%king dinner in Paris, just like I never got invited to any of those wild dinners in San Francisco either (so thanks to Hélène for letting me use her snapshot of the menu), I’m becoming more confused about how the F-word has taken off in France. They obviously haven’t taken a clue from the probably charming town of F$%king in Austria, that finally get fed up and considered changing its name. (And with a population of 104, obviously they don’t know the actual meaning of the F-word.) I don’t know if people are going to start stealing signs (and WiFi signals) in France, but I see the word appearing more and more on fashionable apparel. The other day I saw a nice-looking chap on the métro with a sporty little cap on that had the F-word printed all over it in big block letters.

And it’s a trend spreading to other fashion choices not just on public transportation, but on the streets. If you ride a motor scooter, you can let the folks behind you know how you feel. And one of my neighbors has even decided to christen his (or her) WiFi connection with the f-word, which is a word usually reserved for when you don’t have an internet connection. So it’s nice to see irony is still alive and well in la France. 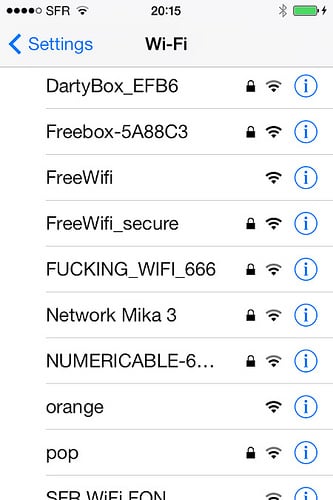 It’s said that you should speak another language, one that’s not your native language, for at least ten years before you start swearing in that language. And I’d say that is pretty good advice because I went to a presentation for a high-end food product the other day that was in English, by a presenter for whom English was not his first language. I counted him dropping the F-bomb at least seven times during the thirty minute demo. The first time I chuckled uncomfortably, just because everyone else did and I was trying to be polite. Not that I have any problem with cuss words (and after working in restaurant kitchens for over thirty-five years, if I did, I wouldn’t have lasted thirty-five seconds), but he was nicely dressed in a fashionable suit, was well-groomed, and representing a high-end brand that’s f$%king expensive. And the contrast was startling. 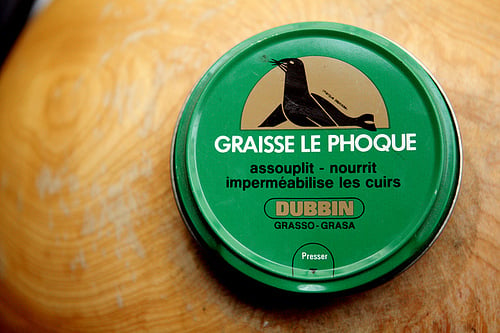 Discussing it with a friend here, we guessed that non-native English speakers don’t realize the gravity that particular word has. It’s not like saying “Drat!” or “Oh heck”, but it’s a pretty loaded word that carries so much weight that it was (and maybe still is) the criteria for automatically giving a film an R-rating. And although I giggle when Romain says “phoque“, the French word for seal (such as my trusty tin of seal oil for waterproofing my shoes), I’m still shocked when I walk down the street to see it in a store window, or hear it on television, or used to publicize a gourmet food event. I supposed someday I will stop being so shocked when my delicate ears hear the F-bomb, or PH-bomb, used so freely and just accept it as normale. And not give a fig about it.