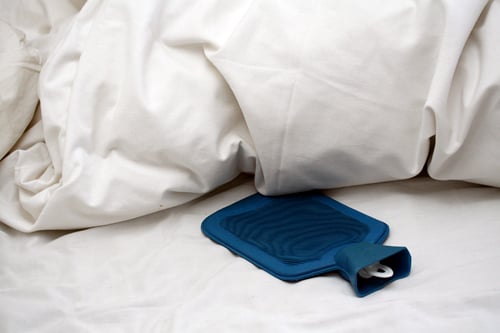 I’m sure you’ve heard this a zillion times before, but I have no idea where all the time went. Believe me, when it happens to you, you’ll say it too.

Did I really go to college for four years then travel around Europe for another year after that? Did I really work away in restaurant kitchens, day and night for twenty-plus years? Did I actually hunker down in my home kitchen, here and there, melting chocolate and whipping up all those cakes in cookies? And what was I thinking, moving to a foreign country, one that I spoke barely two words of the language, and one where I didn’t know anyone?

Somehow, I thought that Paris was always lovely and warm one hundred percent of the time. I’d had images in my head of glorious walks along the Seine, bathing in the brilliant sun, nibbling on a dreamy pain au chocolat or lapping up a boule of creamy caramel ice cream from Berthillon. My life were certain to be picture-perfect, and I’d welcome the morning on my balcony and enjoy a steamy café au lait, catching a few rays while pondering how I’d fill the rest of my day.

Fast forward to December 2008; Paris is freezing-cold, and I spend my days figuring out how to keep my derrière warm. Seriously, no one told me that this city in the winter is a frigid enfer. When I planted myself in California twenty five years back, I left all my long underwear, silly-looking mittens, and woolen mufflers behind in frosty-cold New England. I don’t think too many Parisian men, or anyone over seven years old, wears mittens in Paris. But I just purchased my second pair of the year. Gloves may be more fashionable, but I don’t think purple fingers are all that chic, either.

From late November to early May, Paris no longer resembles a large, sprawling village, but an outpost in Antarctica. Albeit one with plenty of bakeries and pastry shops. And I’m walking around layered-up with long johns, sweaters, and an expertly-tied scarf, something I’ve tried to master. No Parisian would dare simply throw a scarf around their neck without making sure it had so many multiple pleats, twists, and knots, it’d make a seasoned seaman jealous.

It’s like there’s some competition to see who can tie their scarf into the most complicated series of knots. Unfortunately I’m still a clumsy novice and it takes me at least five minutes to tie my scarf comfortably just-right before hitting the streets.

(I’m still not comfortable wearing long underwear. Yes, it’s much warmer, but I feel like I’m walking around Paris in need of a diaper change.)

In addition to thinking every day here would be perfect, I also thought that those hot water bottles in the pharmacies were for the old or infirmed. Not for strapping young (…or young-ish…) bucks like me. It wasn’t until my pharmacist showed me how to use one that I’ve become a convert to bouillotte, too. In a gazillion years, I never thought that I’d fess up to owning one, filling the bottle every night with almost-boiling water before I crawl into bed, making sure that my lit is all warm and toasty, double-checking that the cap is very securely screwed on before we sandwich ourselves in between those coarse linen sheets.

So another year’s gone by, and here I am. I guess being fifty isn’t so bad. Aside from my scarf complex and a concern over how I’ll ever manage to walk around in adult diapers, should the need arise, the good thing about getting older is you stop caring so much about what people think of you.

Another position that’s popular is that one where I’m curled up around my hot water bottle. It’s not really such a bad position, but something I need to get used to. I’m certainly not getting any younger, so I have to resign myself to things like hot water bottles and skin-exfoliating sheets to maintain my bonne santé in these advancing years.

I don’t know what I’ll buy myself next year for my birthday, but I’ll likely need a new bouillotte by then. Mine’s getting a pretty good workout this winter, and neither of us is getting any younger.

But at least I’m sure that one of us has our cap screwed on pretty well around here.