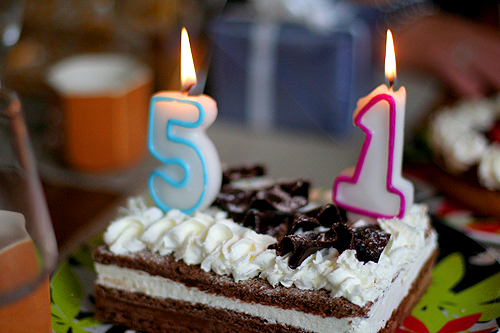 In French, if someone asks you how old you are, you respond, “J’ai 51 ans”, which translates to “I have 51 years.” It one of the quirks of grammar between the languages, which don’t always intersect. In English, we do say, “I own _______” (fill in blank with something of which you have global, all-encompassing command of), which is a popular phrase, one that I haven’t been able to translate to French friends.

(I recently said on Twitter that “…Karen Carpenter owns the Christmas carols”, which probably confused non-native English speakers, and perhaps a few English-speaking ones that aren’t wise enough to appreciate Karen’s proprietorship of Christmas music as much as I do.)

Last year when I had 50 years, I celebrated with a birthday bouillotte. But this year, I’m not going to get so crazy. When your birthday falls two days after Christmas—and an unspecified number of days after Hannukah, and during Kwanzaa, it’s hard to rouse much enthusiasm amongst friends and family. And because it’s a week where a lot of people choose to travel, most people have headed out of town. Either that, or I’ve finally done it, and managed to offend everyone I know because they’re not returning my phone calls or e-mails. (And who says I have no talents?)

In the past, Romain invited some folks and made a festive dinner at his place for all of us. However after spending a couple of days cooking and getting ready for the holiday dinner, even though he said he’d do it again, there doesn’t seem to be much enthusiasm for the most important day for the year, so toady is going to be spent engaging in low-key activities instead of revving up for a big fête.

For example, the excitement du jour is my going to buy apples and tangerines at the market. I still have tons of root vegetables left over from an over-anxious shopping expedition a few days before Christmas. And to go with them, I might even go wild and get one of those out-of-control-good crispy-skinned poulet crapaudine. I can certainly see myself celebrating by having one of those today, in addition to having my cinquante et un years. 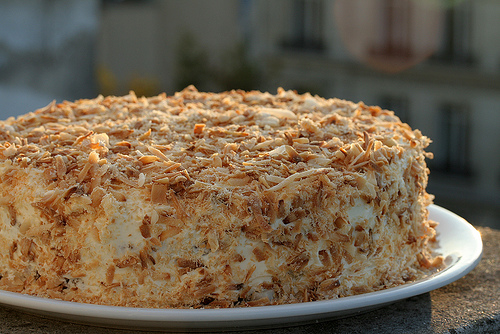 Speaking of gifts to myself, I never did get a Coconut Cake, which I’ve been waiting 10 long years for, and now the opportunity has gone. So I’ve decided to give up hope once and for all of having one on December 27th.

But today I’ll have apples, tangerines, and one mighty good spit-roasted chicken. And fifty-one years? I’ll have some of those, too.