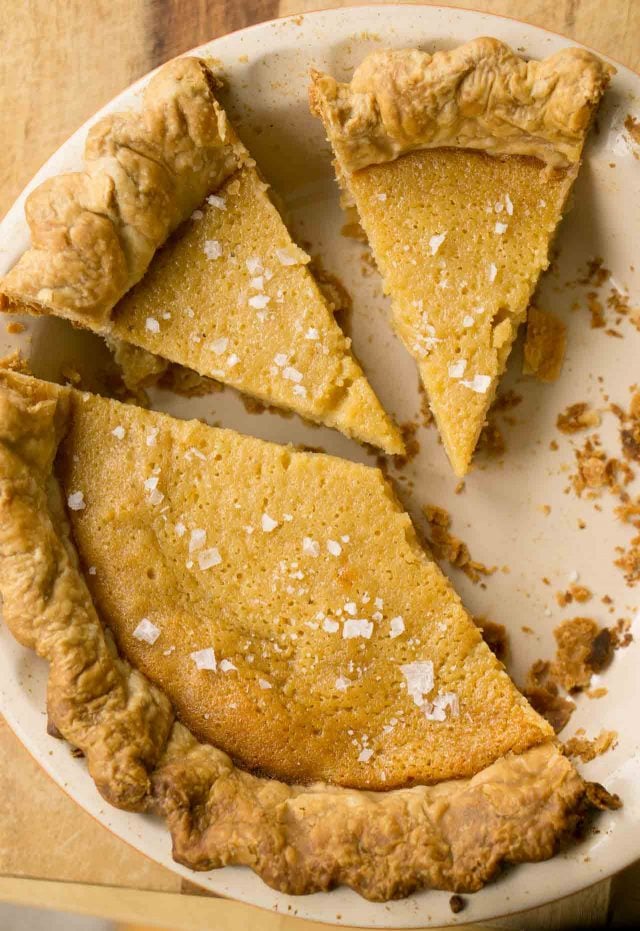 It’s almost pie season. Right now, there’s not much fruit available at the markets, but I’ve had this recipe card lingering in my “to try” folder, and decided the time was right to give it a go. 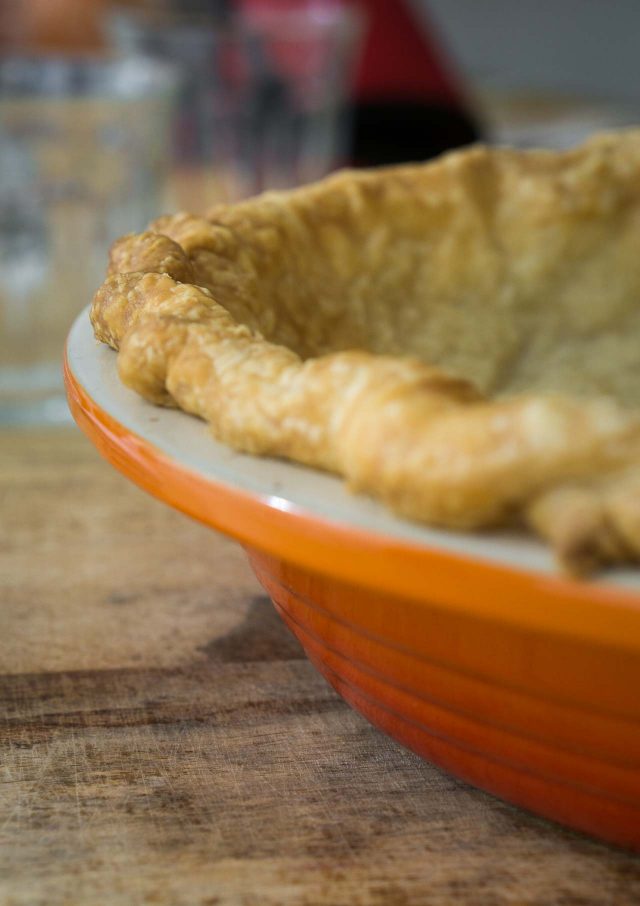 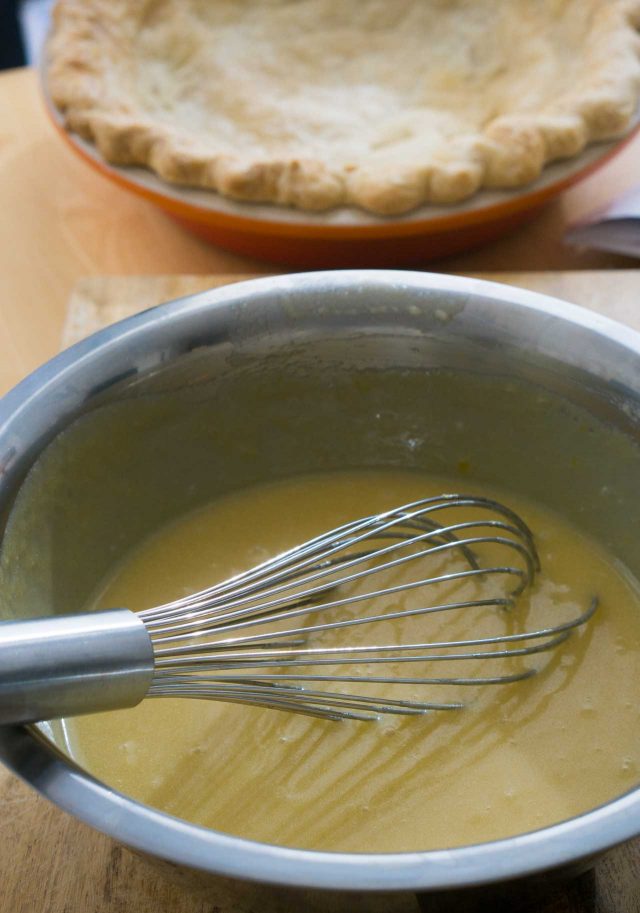 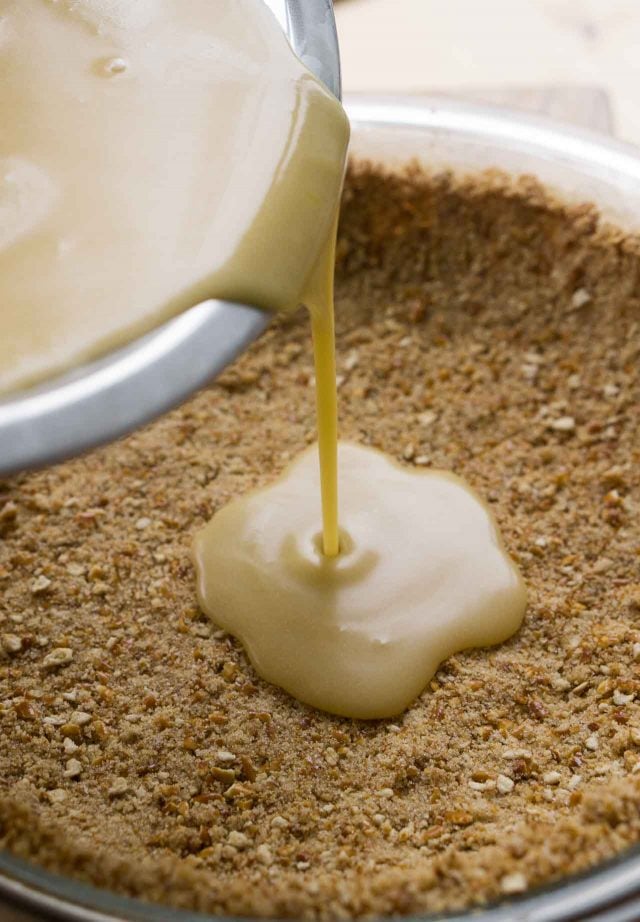 A couple of things about this pie. (Other than once you make it, you won’t be able to stop eating it. Just so you know…) One is that I know for a fact that many people have extremely sharp eyes out there. Someone was able to identify and an empty nut container in the far background of a photo of mine recently, that was almost completely out of focus. (And it was on Instagram, so they likely were able to discern that on the screen of a little smartphone, to boot.) I should start handing out awards for that kind of vigilance! But you don’t need to have laser-sharp vision to see that I’ve got two different pie crusts going on here. 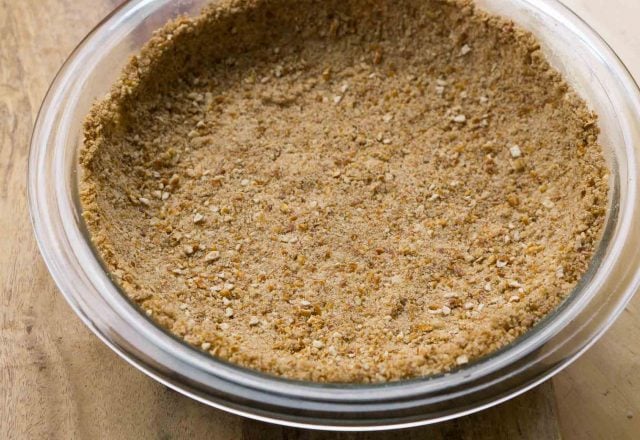 After I gave it a try with my standard all-butter pie crust, I wondered what it would be like with a pretzel pie crust instead. So gave it another go the next day, to taste and compare. And because, of course, you can never have enough pie. 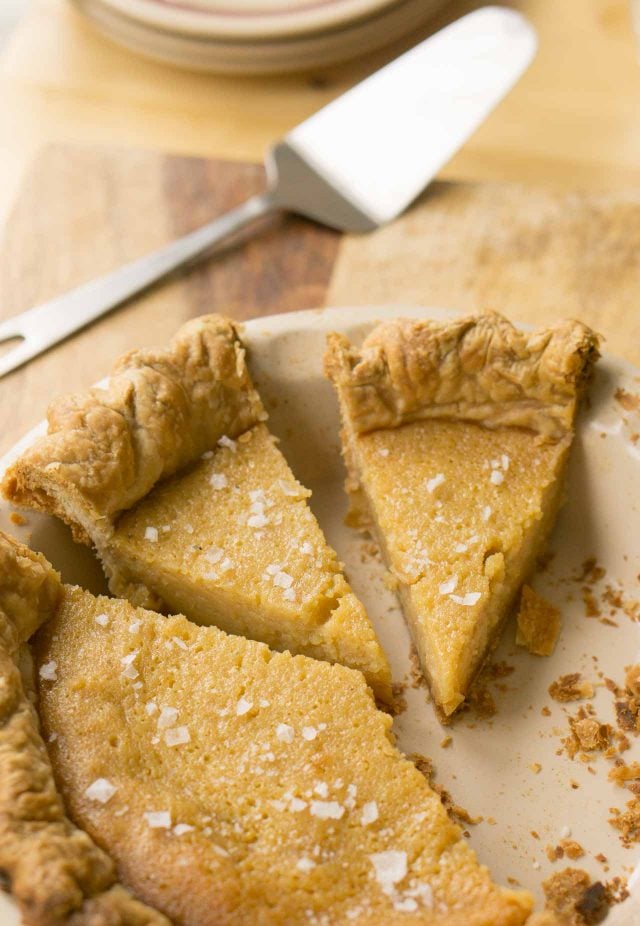 Another thing to discuss is the honey that I used. I like use a slightly darker honey when baking, which taste less-sweet,and are are often labeled “amber” or wildflower honey in the U.S. In France, honey is usually labeled by the plant, and dark honeys include bourdaine (black or alder buckthorn), bruyère (heather), and other types. Although I love strongly flavored chestnut and buckwheat honey, if you want to use them, I’d cut them perhaps 50:50 with a lighter-flavored honey. 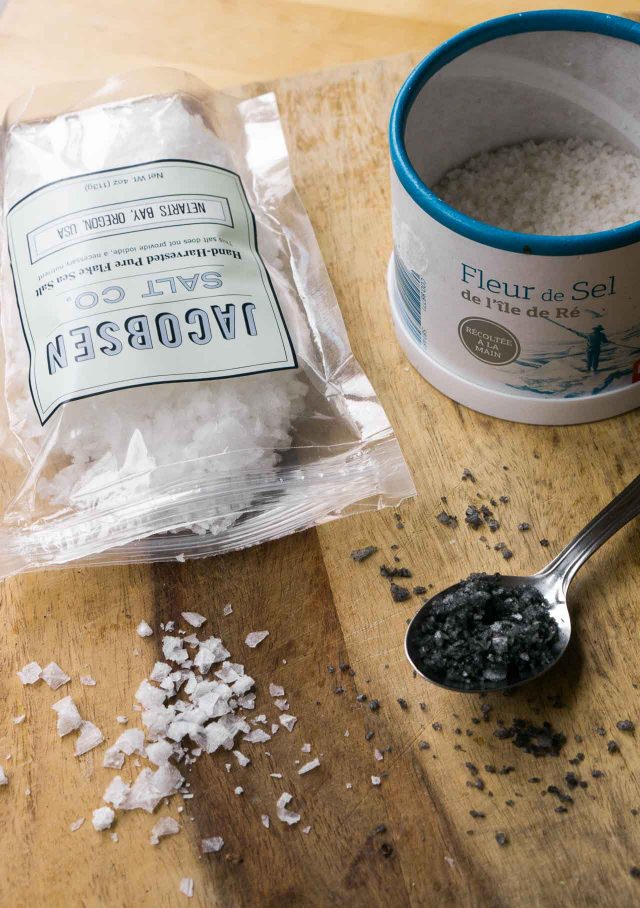 For those who remain unconvinced that sea salt tastes better than fine table salt, if you choose to sprinkle this with table salt, you will likely throw away that canister of salt, and probably have to throw away your pie, too. This is your chance to showcase that lovely finishing salt you’ve been saving. There are several to choose from, including fleur de sel (France), Maldon (U.K.), Jacobsen (U.S.), or another salt, like the black salt I got in Iceland. While kosher salt is fine for cooking and baking, I don’t recommend using it here. 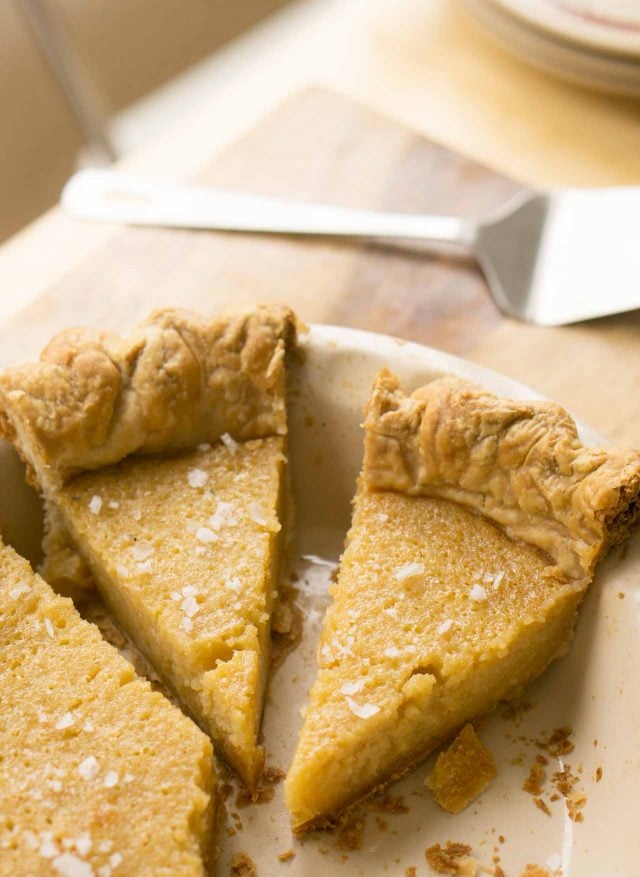 As for the aforementioned crusts, I relied on the “Romain Test”, leaving both pies – one with a standard pie crust (recipe below) and one with a pretzel crust, on the counter, and watched which disappeared first over the next few days. It seemed to be a tie, although he admitted he preferred the pretzel crust, saying he liked the “surprise et contraste.” 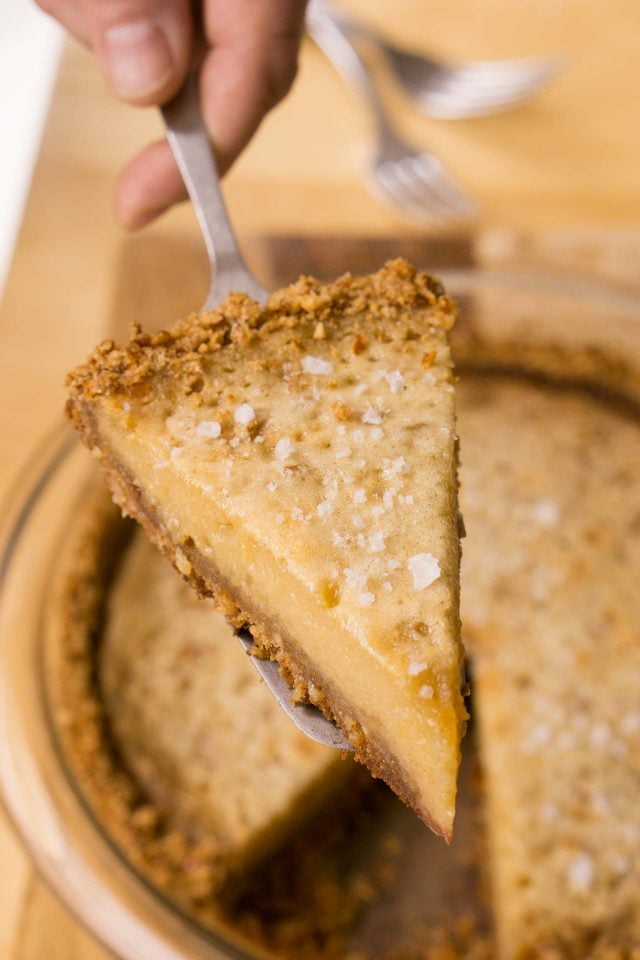 The crust will get a little darker as it baked, once filled. If it's getting too dark, you can either 1) Drape a sheet of foil lightly over the entire pie (making sure it's not touching the top of the pie filling, 2) Fashion pieces of foil over just the crust while the pie is baking, or 3) Use a pie shield. To make this gluten-free, you can use the Pretzel Pie Crust (using gluten-free pretzels) and cornstarch in place of the flour in the filling. The pie dough can be made in advance and either refrigerated for up to two days (either unrolled or rolled and fitted into the pan), or frozen (either unrolled of rolled and fitted in the pan) for up to two months. Once baked, the pie can be kept at room temperature (or refrigerated) for up to 5 days.

To make the pie crust

To make the filling

Variation: Replace 3 tablespoons of the sour cream (or heavy cream) with bourbon or dark rum. 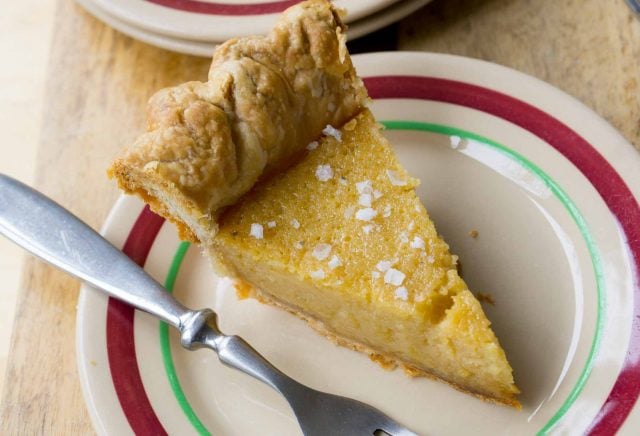