Should I Move to France? (28 Questions to Ask Yourself)

Just the other day, I saw a tweet from Jennifer, asking her the question that many of us who live here get from time-to-time, “Should I Move to France?” 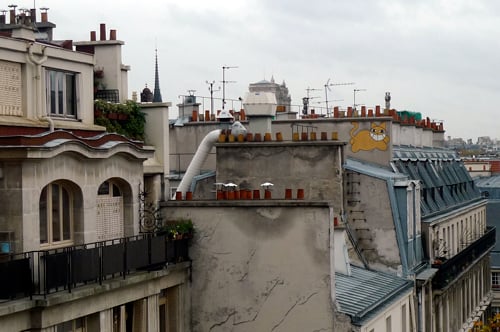 It’s pretty hard to decide to make such a life-changing move, for many people. Moving to a foreign country isn’t easy, but it does have it’s rewards. So I put together this quiz to help people make that all-important decision…

1. You’re working as a guard in a museum filled with priceless treasures. The alarm in the museum has been broken for two months and thieves have stolen €500 million worth of art. Video monitors showed the entire robbery in progress but as one of the guards on patrol, like the others, you somehow missed the whole thing. Do you…

2. You’re in a café and just finished a €2 cup of coffee and you’re ready to pay. You suddenly realize that you only have a €20 note. Even though the waiter has a billfold bulging with euro notes, do you…

3. You’re stuck in traffic when you hear an ambulance coming up from behind. Cars start moving off to the side of the road to let the ambulance through. Do you…

4. You just bought a pricey new pair of trousers. When you get home, you realize the zipper is coming apart. Do you…

5. You’re visiting Paris and it’s time for dinner, but you’re a kosher, gluten-free vegan on a no-salt, low-fat diet. Do you… 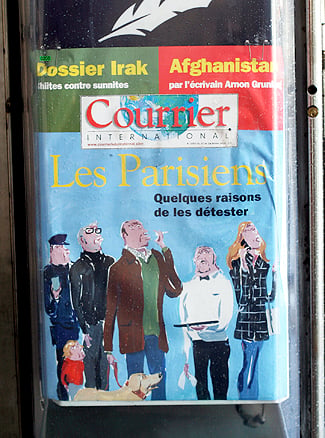 6. You’re tired of people walking right into you as if you weren’t even there. Do you…

7. Unfortunately, you’ve managed to get a €100 note in your possession. Do you…

8. You’re at the enormous hardware store, looking for a couple of screws. They don’t have the size you need, so you head for the exit. However the wary guards are already on you, thinking you might have swiped something from the store. Just as you’re about to exit, they stop you. Do you…

9. You’re hopelessly lost in the enormous 5-story underground shopping center at Les Halles. After walking around a few times, trying to find your way out and realizing that you’re about to pass out from the lack of oxygen, do you…

10. Can you figure out which one of these isn’t true? Your plumber shows up because you have a problem with your toilet. Does he…

11. You taste a chocolate that’s the best thing you’ve ever eaten in your life. You have friends coming to visit so you make plans to go to the chocolate shop and get more. Do you…

12. You’re at the supermarket register, and the cashier has just rung up your goods. However as you’re reaching for your wallet, in a panic, you can’t find it and fear you’ve been pickpocketed. Does she…

13. You’re on a bus. Who gets priority seating?

14. You move to France with all your worldly possessions, which you’ve shipped by freighter. They arrive…

(Tip: Answer C, which I know from personal experience.)

15. You’re in the neighborhood and pass by your favorite candy and chocolate shop to say hi. The proprietress is happy to see you. Does she…

16. Under the threat of privatization, La Poste successfully implements new measures, including a guarantee that customers will be out in five minutes, which they make good on. They also modernize a host of their other operations, for the better. Do…

17. Which of these activities means that you’ve achieved a certain status in France, and you can say that you actually have completed, so now you finally have the right to say you live here?

19. What thickness should towels be?

20. Someone has sent you a gift from the states. Unfortunately they forgot to declare it as a gift, so you have to pay taxes on it. Are the taxes…

21. By mistake, you open the door and one of those fake chimney sweeps barges into your apartment, saying that “by law”, they have to clean your chimney. Do you…

22. The government is considering a ban on €500 notes. This is being done…

24. You finally move and realize that the apartment you found on the internet is actually a 3 x 9-foot room, an 8th floor walkup, and the bathroom is actually in a hallway which you share with five neighbors, one of who inevitably mistakes your door for his in the middle of the night when he gets up to do his business. Do you…

25. How much should it cost to go to the bathroom?

27. What is the most confounding thing about learning French?

28. Who is the most important person in France? 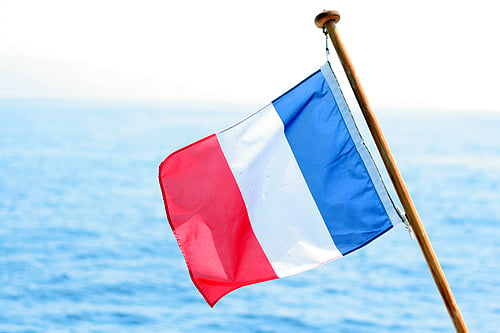 5 Absolutely, Surefire Ways to Get Rich in France

8 Coping Strategies for Living in Paris

The Not-So-Sweet Smell of Excess